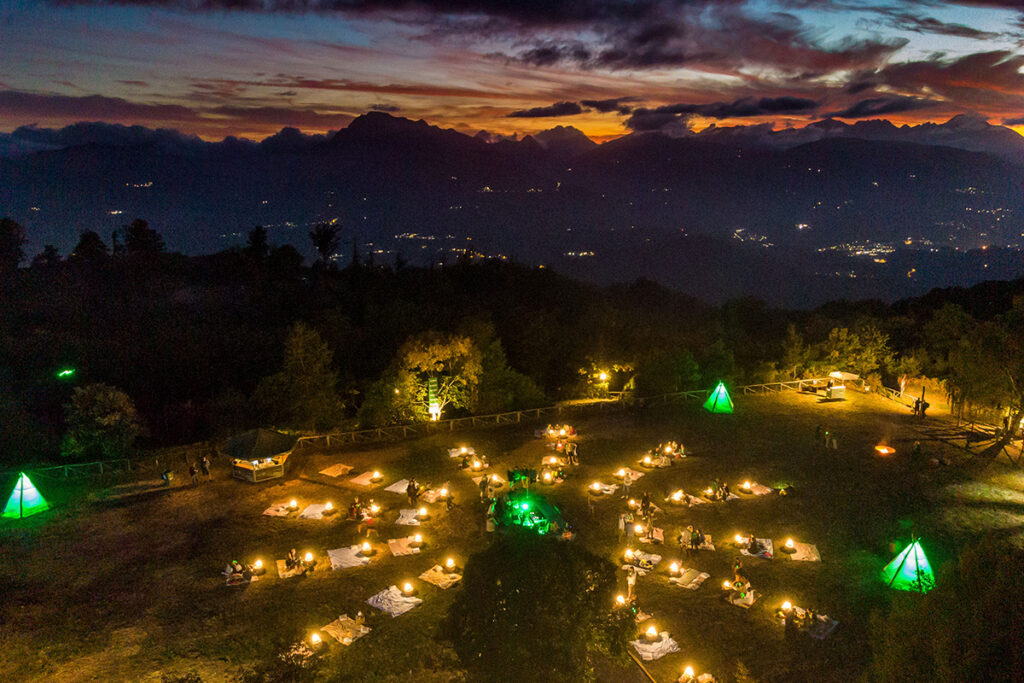 Smaller productions proved to be an occasion to connect with local identity: by setting up food spots with products from the area or by offering activities that wouldn’t happen at bigger festivals

Forty kilometers from Lucca and 60 km kilometers from Forte dei Marmi, there’s a part of Tuscany that stays out of touristic routes. It’s an area that lies between the Apuan Alps and the Tuscan-Emilian Apennines. Here, there’s water – river Serchio flows through it – and there are woods. Towns pop up here and there. Barga, with roughly 9000 inhabitants, is the biggest one. This place is known as La Garfagnana. It still mostly relies on agricultural and enogastronomic traditions to sustain its economy. Here, at Castelvecchio Pascoli – a fraction of Barga – Limbo Festival took place from the 9th to the 11th of September, hosted by ‘Il Ciocco’ resort.

The event, a year after its first edition, wanted to recreate a tribe-like atmosphere. Organizers describe it as a ‘boutique festival’. In festival culture the term is still new. Dj Lele Sacchi, in his book Club Confidential, defined boutique festivals as small gatherings, focused on quality experiences rather than glitzy and over the top productions. It applies to the musical line up – usually made of niche-artists – and to the overall mood of the event.

This formula has been replicated in recent years. Especially after Covid-19 forced festival organizers to reflect and rethink the system. Smaller productions proved to be an occasion to connect with local identities. By setting up food spots with products from the area or by offering activities that wouldn’t happen at bigger festivals.

Limbo’s selection of artists depicted the intent to be recognized as a boutique festival. It wasn’t a regular techno party. It wasn’t dark, but colorful, lively, and festive. At times it was melancholic and introspective, just like the nature surrounding the festival.

DJs represented a spectrum of experimental electronic music substyles, better known by connoisseurs than by the general public. Norwegian DJ and producer Prins Thomas is famous for his characteristic ‘space-disco’, ‘house-not-house’ and ‘neo-disco’, influenced by electro, prog and psychedelic beats. German Benjamin Fröhlich spams for IDM to ambient. Mexican Iñigo Vontier sees music as a ritual experience. Cinthie, owner of Berlin’s Elevate Recordstore with a past in the city’s squat parties, is known for her house music. Then there were South African tech princess Desiree, Spanish underground kid Pional and Jimi Jules from Switzerland. Italy was represented by its own team of DJS: Tenax long-time residents Philipp&Cole, Luca Bacchetti, Piero Perelli, Vitamina Jeans, Markeno, Franchi Bro, David Brilli and Løvetempo. 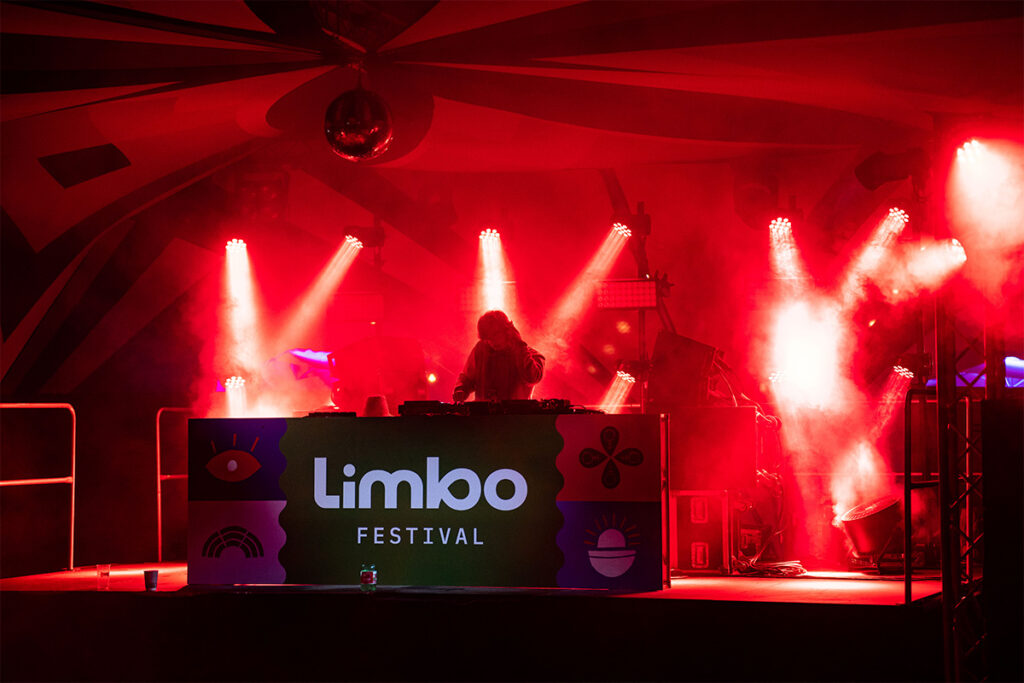 ‘Breathe and live in the moment’: hiking, yoga, bike trails and local food

‘Just breathe and live in the moment’ was the festival’s motto for this year’s edition. Limbo organized walks through Serchio Valley’s 42 kilometers of trails. It offered a bike rental service, giving the public the possibility to explore the Valley with an expert guide. Bike trails took festival goers to Prade Garfagnine’s pastures and to little towns in Lucca’s area: Fosciandora, Ceserana, Riana, Treppignana. Nestled in the mountains, attendees also had the chance to meditate. Yoga teachers gave lessons showcasing two different styles, a Himalayan version of Hatha, and Ikagi, a syncretic yoga born in Japan.

Limbo Festival also dug into Tuscany’s gastronomic culture. It set up a project named Wild.Cook.Lab, a culinary laboratory where regional traditions met with naturally grown food. With chef Francesco Piacentini, the public discovered historical recipes, revisited in order to highlight long-lost and biological ingredients. Marco Immovilli, researcher at Wageningen’s University, took part in a master class alongside Piacentini to talk about how to promote mountain communities through food and agriculture.

Limbo’s main stage – the Nest – was placed at the top of a path that starts at the beginning of the valley and goes up to the top of the hill, a thousand meters above the sea level. Located between the entrance and the Nest area were all the other activities.

The area – named the Living Mountain – spans through a naturalistic area of 600 hectares. It was born during Italy’s economic boom in the 1960s. It always had the mission to support local traditions. The facilities are surrounded by pastures, glades, vineyards and wooded areas: conifers, chestnut trees and beeches.

When it first opened, it was the only resort allowing tourists to sleep, eat and practice sports and other activities on the same premises. Barga, the biggest center near ‘Il Ciocco’, is on the Italian Touring Club’s list of the most beautiful villages of the country. Historic documents proved that it has been inhabited since the prehistoric era.