The story of an Italian perfume for a city in Germany – rekindling the culture that fires desire, if an Eau de Cologne can touch the memory of people and places

In the end of the 17th century, a traveling salesman called Gian Paolo Feminis invented aqua mirabilis: an alcohol-based blend that he said could cure any evil. Gian Maria Farina, an Italian immigrant in Cologne, Germany, started manufacturing it in 1709, and called it Eau de Cologne.

The Original Eau de Cologne is now a product with a protected geographical indication, and is a blend of at least twenty-five to a maximum of thirty different ingredients. Bergamot is the main base with the addition of lemon, mandarin, lime, citron, and grapefruit. It can also contain oils of lavender, neroli, thyme, petitgrain, jasmine, and hyssop.

The result is a fresh and light perfume for men or women. It is different to eau de parfum and eau de toilette because of the concentration of aromatic compounds: between three and five percent compared to at least twelve percent of eau de parfum.

Also, the Nuovo ed unico manuale completo del distillatore-liquorista (1857) was a bible of cosmetics that discusses absolutely everything from a salve to soften the face made from whale fat to a black tincture for hair used in Ancient Egypt. In it, Pietro Valsecchi warned the reader against the many recipes for Eau de Cologne that give poor results: «Endless manufacturers have put their name on it and each one claims the benefit of being the original». He criticized the ‘charlatans’ who said this product, «that cannot be considered any more than a toiletry», had medicinal properties.

Several recipes followed, including one by Farina and one by Feminis, as well as instructions for discerning if a product was good quality. «True Eau de Cologne should be clear, and it should not be possible to distinguish the various ingredients one from the other».

Sylvie Ganter came up with an idea: to revolutionize the world of colognes

Sylvie Ganter was working for Hermès in New York when she met Christophe Cervasel, in charge of fragrances at Kenzo.

She therefore came up with an idea: to revolutionize the world of colognes, keeping them fresh and light but adding persistence. Cervasel offered to help her, provided she married him in exchange. A declaration of intent rather than a proposal.

Atelier Cologne in Paris was the outcome. ‘Atelier’ refers to the artists and craftsmen who create the products for the brand. ‘Cologne’ instead pays tribute to the muse of the brand, Eau de Cologne. This all happened in 2009, four centuries after Feminis invented his aqua mirabilis.

The base of Atelier Cologne’s creations is a new family of fragrances, Cologne Absolue: a formula that has the same fresh air of Eau de Cologne combined with the persistence of pure perfume thanks to the concentration of essences. The percentage of perfume in Cologne Absolue starts at twenty percent upwards, making it a genuine eau de parfum. 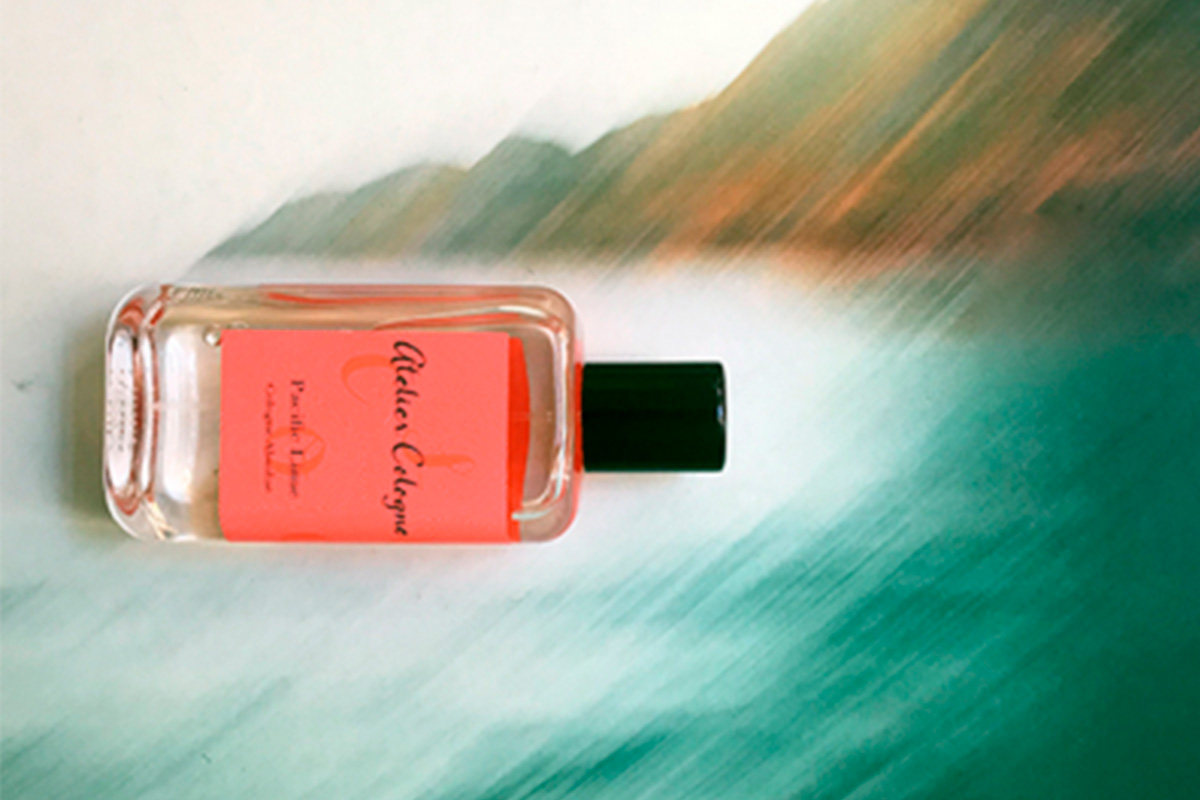 Cologne Absolue has kept the bergamot base and the citrus notes of Eau de Cologne, and can vary depending on the versions. Ingredients are added to the base such as Egyptian jasmine, Moroccan iris, and tea from Sri Lanka. The main ingredient gives the perfume its name. The first one created by the brand ten years ago is Orange Sanguine with blood oranges from Calabria as the predominant element.

As is often the case in the art of perfumery, each Atelier Cologne perfume is a story about a journey, a memory, or an emotion. Orange Sanguine is the story of a summer breakfast with friends on the seafront. Clementine California came next and has salty notes that reminisce of the ocean the ocean.

Nose Jerome Epinette created most of Atelier Cologne fragrances – among them Pacific Lime. Pacific Lime is a lime and coconut perfume which tells the story of a celebration on a beach. The main ingredients of this unisex fragrance are lime from Mexico, lemon from Italy, coconut from the Philippines, spearmint from America, and eucalyptus from China.

Atelier Cologne brand was built on the creative and affective bond between Ganter and Cervasel. Sylvie Ganter used to change essences during the day, something unusual for the time. In the morning, she would wear Bois Blonds, a fragrance she created for herself and only launched for sale at a later date. In the evening she would wear Santal Carmin. And Rose Anonyme when traveling.

Christophe Cervasel would instead wear Vétiver Fatal or Blanche Immortel during the day, and Vanille Insensée in the evening. Scents that are woven into stories: a diamond thief who marks every heist by leaving a rose behind.

There are twenty-four Atelier Cologne boutiques today. A universe dominated by Venetian blue – the company color – that seduced Ganter and Cervasel on a balcony, overlooking Saint Mark’s Square.

Each perfume is sold with a colored leather case, where the name of the new owner is embossed. The customer can discover their own perfume during a private consultation, by exploring the story behind every fragrance.

Atelier Cologne has opened a shop also in Milan, at the bottom of via Brera, apparently the street for niche perfumery. A few doors down, at number six, Profumo prepares Brera 6 fragrances while the customer waits.

Today t brand’s perfumes are made in collaboration with Robertet and Mane, manufacturers of essential oils who come from Grasse, the home of perfumes in the south of France.

Pacific Lime, in particular, is a lime and coconut unisex essence that with its fresh and citrus notes reminds of a summer beach.