Behind the bookshelves: Ksenia Inverse’s Russian anthropology in pictures

«I wanted to become a photographer all my life», Ksenia Inverse confessed to us. When she realized it was impossible to graduate as a photographer in Russia, Ksenia decided to study ethnography. «We have only one type of higher education for photography. It’s called the Head of an amateur photo studio. It’s a classical approach where you learn how to take pictures for documents, not contemporary. I didn’t want to be that. I needed a different kind of approach. What I have now is a Bachelor’s Degree in Social Anthropology. In retrospect, I’m very grateful I got this.»

While studying ethnography, Ksenia had several expeditions to rural areas. She truly enjoyed interviewing people, talking to them, and gathering notes to collect information. The course, though, requested students to produce texts. Unfortunately, Ksenia wasn’t good at writing. Nevertheless, she tried to persevere in writing for a couple of years until she decided to move on to cinema art. «The Master’s Degree in Cinema Art I pursued was only a theoretical education. We constantly analyzed many movies, watched iconic ones, and talked to directors and operators. It did form some of my backgrounds and has been a good experience, but there was no practice. Like for photography, there are no regulations in Russia applied to visuals, so they’re just dismissed within studies.»

The creative process behind Ksenia’s photographs mixes the social anthropologist approach she learned with her visual artistry. «I believe that my work balances some scientific work and some visual one. As a scientist, I wouldn’t care about compositions or colors. I would shoot with a phone. That’s enough for anthropologists or scientists because their main goal is to describe the visuals and create text.» Her work differs from a classical anthropologist. Ksenia’s goal is not to shoot for historical descriptions but rather to give the public the feelings and meanings behind her work.

Behind the bookshelves is a significant ongoing project that Ksenia has been building since the beginning of the pandemic year. Village libraries form a crucial part of the social structure of the rural areas of Russia. Reading is not the leading cause for visiting: each library is a center for education, cultural events, and entertainment. Many libraries are managed by just one employee each, primarily women. «I work with real people in real locations. I do a lot of research to find original libraries that haven’t been modernized yet. The power of this project lays not in the history of culture, but somewhere in between art and science.» In the rural areas of Russia, it’s hard to find cultural institutions. Education is at a deficient standard, and the only options available are a library and the House of Culture. The importance of libraries relays on the fact that they are free to visit, as people don’t have enough money.

Most librarians work part-time. Some choose to become librarians as a career, while others come from different backgrounds, such as teaching or programming. Most of them work part-time: full-time positions in libraries do not exist because of the financing gap. The salary is about 5000 rubles, which means seventy-seven American dollars or seventy-four euros per month. «They are enthusiastic. They love their job, not because of the money but because they can spend time with children. As an opportunity to save the reading culture and everything that this encompasses. All the librarians have a hobby: music, crochet, doll making, papier-mâché. They share their knowledge with children for free. They can be creative and enjoy it.»

I aim to be a patient listener of special stories

Village libraries’ book funds rarely receive contributions. Mobile data and smartphones have driven the public interest toward digital resources, which village libraries often don’t have access to. The librarians compensate for the decline in interest in print and the infrequent fund donations to organize events within their spaces. The role of a rural librarian hides various tasks. They cycle from village to village, managing deliveries, holding poetry evenings, crafting holiday decorations, repotting plants, and tending gardens. But most importantly, they also nurture decaying countryside communities. Away from the country’s big cities, librarians not only provide books but a place of respite against the backdrop of economic and social unease.

«I aim to be a patient listener of their special stories. I need to make shots that convey their feelings, not mine. When I come to Moscow, I always feel a bit empty inside. They are emotionally warm. They treated me like we were always friends, trying to feed me and have tea together. They’re like, straightforward. They don’t care that I’m from another region. I’ve already shot in 3 Russian regions: the republic of Mordovia, the Novgorod region, and the Saratov region. I need to show the great women’s role in the cultural life of rural areas.»

Behind the bookshelves, the series has won the Urbanautica Institute Annual Awards prize. «I admire their effort to promote the culture of visual anthropology. They encourage authors that are working with it. I’m thrilled that my theme of the village libraries resonated with them.»

On feminism and social implications

It’s no secret that opportunities in villages are nonexistent, and teenagers are moving away. «In USSR, many people worked at plants and collective farms. Now they’re mainly closed, so no youth means no procreation. Village libraries are slipping away. In five years, many will be closed as the countryside population continues to decrease.» Many people are moving from the countryside due to a lack of opportunities to bigger cities like Moscow, rarely coming back. «There are many old people in the rural areas, and some of us are going back for holidays.»

«Every project has some critique goal because you can’t just do a project without it. I’m not a political activist. My goal is to reflect the woman’s role in contemporary rural society. So you can safely say that it’s a bit of a feminist project, not political, but a bit feminist.» By capturing these women in their natural habitat, Ksenia tells a story of dedication, resistance, and joys of a quiet life. Women play a significant role in the culture of rural areas, although history is usually written from men’s position. «In the rural areas, it’s believed that it should be better to write history from women’s gaze. This is because they are the ones making history concretely.»

The unseen side: preparatives

«I was born in Moscow, and I spent my childhood in the countryside with my grandfather and grandmother. I had poor health, so I could not live in the city. At the same time, my father has worked and lived in Spain for many years. So I always had the chance to visit him and spent years outside of Russia.» All of these points are helping Ksenia shoot the project in Russia because she can think outside the box. Being a Russian native speaker it’s also beneficial, making it easier to research and access rural communities.

«Traveling in rural areas is always a long way. It takes about nine hours to get from one edge to another in some regions, so it’s huge. Sometimes you’ll have to live in motels, without coffee in the morning, no internet and sometimes even no mobile connection. If you want to be a photographer in that ethnographic way, you have to accept it. You need to be prepared for these things.»

For Ksenia, it hasn’t always been easy to access the village libraries. The procedure is lengthy, among filing documents and looking for extra-governmental approvals. An essential aspect for the photographer was obtaining permission to call the librarians to advise them of her trip. In Russia is common to have inspectors from the government visiting rural places, and locals could have been scared. This could have compromised the success of the shooting, making it less visually powerful. «I need to be accurate when shooting my portraits. So I talk to the librarians for three or four hours. That’s the only way to get emotional portraits without a fake smile or emotion.»

«I plan to visit some more regions, maybe two or three. The final product will be a photo book. There have already been some group exhibitions. Maybe there will be some personal ones. I don’t know yet. I’m surely planning to stay some more time in Russia to conclude my ongoing projects.» Ksenia is already working on another project: a photographic installation that deals with people’s cruelty to domestic pets. There are no standards for selling animals such as fancy rats as in Russia. It’s effortless to get some. Ksenia explains it’s a huge problem, and people easily discard them. «I believe that having an opportunity to shoot further inspires me. Life would be unthinkable without it. Traveling is not my favorite form of vacation. I need to explore new regions while working on some photographic projects. It’s energizing for me.»

Russian visual artist who addresses topics such as collective identity, historical remembrance, gender, animal welfare and Post-Soviet transformations. Having an ethological background because of a BA degree in Ethnology, Ksenia uses the method of participant observation and deep research. She later deepened her studies with a MA degree in Cinema Art. Her works were published in BJP, Esquire, BOOOOOOOM, The Calvert Journal and many others. 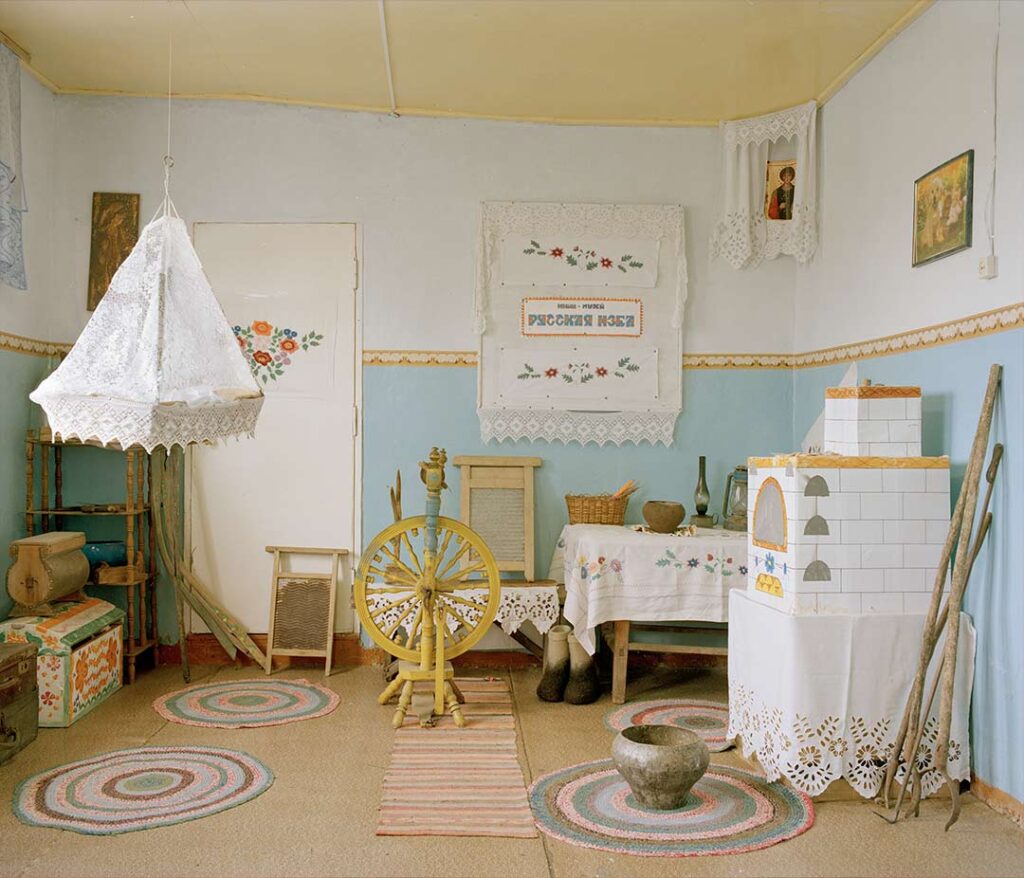 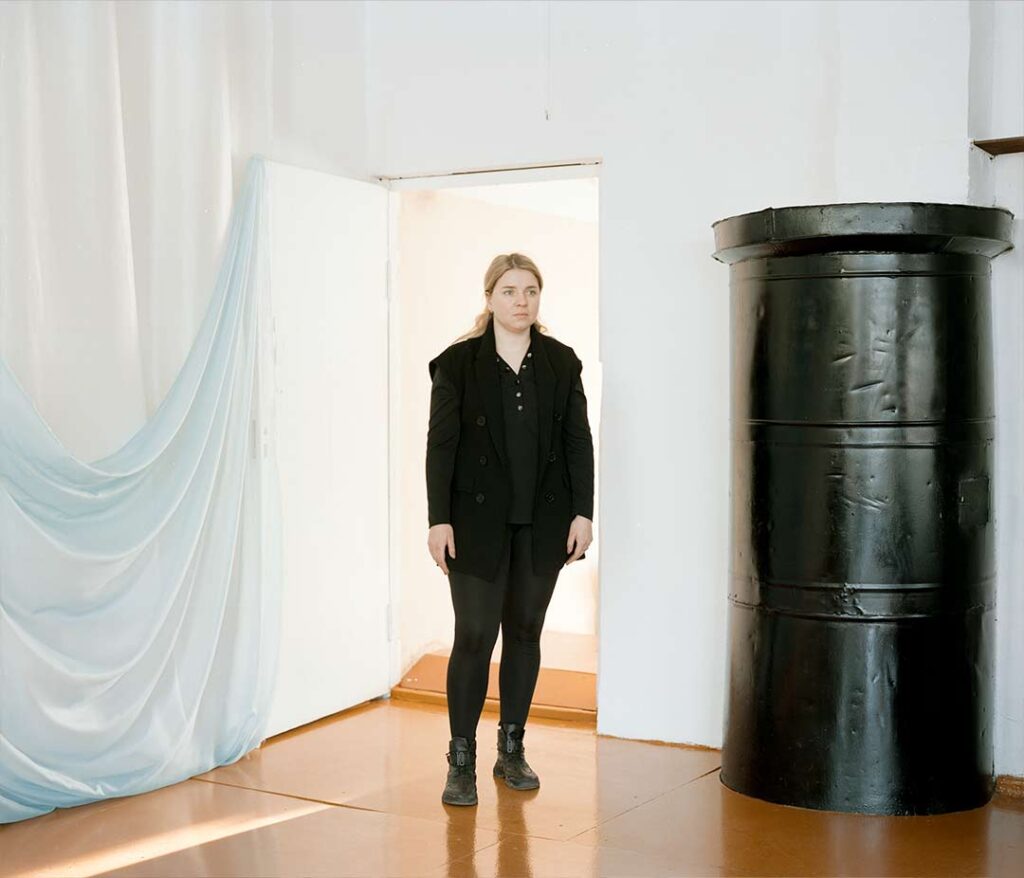 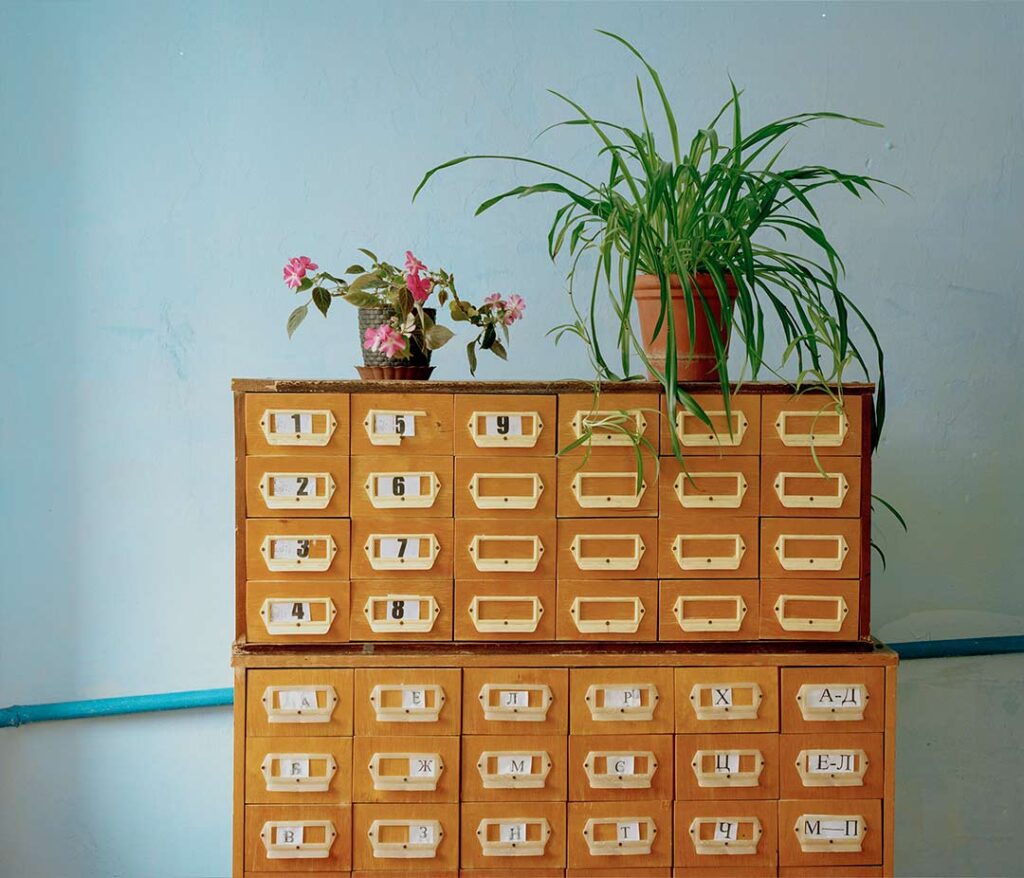