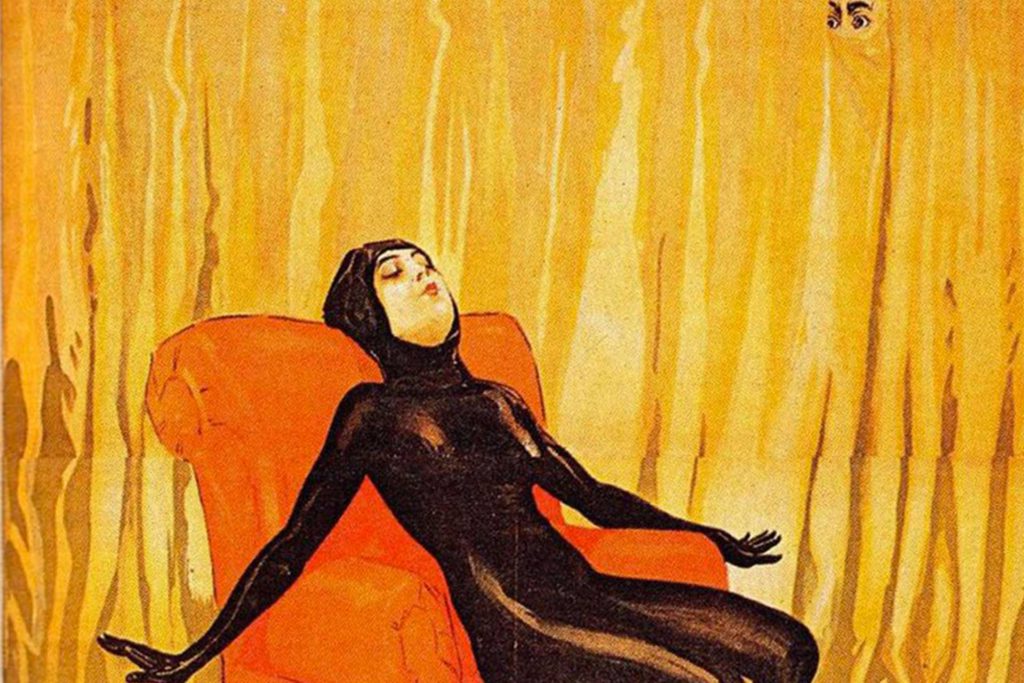 Inspired by his collaboration with HBO’s Irma Vep, Nicolas Ghesquière unveiled his collection, a mirror of past decades, a travel to old ages

Louis Vuitton and the spirit of travel

Travel has been an inspiration for the brand since its beginnings in the 1800s.  After a two year journey from his small hometown, Louis Vuitton first arrived in Paris in 1837; at that time, it had yet to unfold as a fashion capital. The nineteenth century showed enthusiasm for imperialist expansion, converging into the birth of the steam age. In an era that enabled more Europeans to travel to further destinations than ever before, the need for practical means to transport their belongings arose. Louis Vuitton gained a great reputation for craftsmanship through his early job as an apprentice to Monsieur Maréchal, a craftsman specialized in luggage boxes made to be carried on boats, trains and carriages.

In time, Vuitton’s trade expanded to the men and women in Paris who needed bespoke trunks to transport their valuables. In 1853, Vuitton became the exclusive trunk-maker and packer for Napoleon Bonaparte’s wife, Eugéne de Montijo. To reach the apartments of Empress Eugenie, Louis Vuitton used the Passage Richelieu, named after Louis XIV’s adviser, Cardinal Richelieu. Today, it is one of the entrances to Musée du Louvre, an ornate arcade which connects Rue de Rivoli with the museum’s inner courtyard and its Louvre Pyramid. In a desire for conveyance, creative director Nicolas Ghesquière chose the passage as the venue for his latest show. It inspired the Victorian silhouette for a collection that travelled through the decades of the house’s history, from the couture embroideries to the modern symbol of denim.

An adaptation of the past through the use of embellishments and archaic embroidery techniques. The Louvre was a royal place – the passage was transformed into a hall of mirrors flanking the walls, which serve to reflect back to Ghesquière’s own reflections of the past. As time goes by and clothes evolve, along with the sentimental value they accumulate, Ghesquière’s evolution through the wealth of heritage and history let him discover his own creativity for a transgenerational creation. «I took an iconic symbol of Louis Vuitton, the trunk, a sacred piece of luggage steeped in years of travel and history and I turned it into a handbag. I put a modern twist on a heritage item and gave it new use and life to the new generation».  The past is suddenly present, maybe even becoming the future.

Paris, October 5. Passage Richelieu is rendered unrecognizable by a lavish cascade of vintage chandeliers, telling a story of gothic echo with its subcultures arising from the dark, horrific and romantic scenes of literature, music and style. Time travel is a constant theme of the Maison; the season recalls the XIX century with the mix of the wardrobes of different eras, creating a fusion of generations. Clothing as the conduit it connects yesterday to today: «The experience of dressing, a voice that carries on. Leading the countdown and staying on step ahead», explained Ghesquière. «The transformative creative fusion of generations. A vibrant flow of style. The night will be all the more beautiful».

The Elizabethan opulence, along with the reconsideration of the night, referenced the collaboration of the designer working on the costumes of HBO Limited Series ‘Irma Vep’.  It is a modern reinterpretation of the silent movie series ‘Les Vampires’ by Louis Feuillade in 1915, which served as the inspiration for the designer’s Spring/Summer 2022 collection. «I like the figure of a vampire who travels through the ages, adapting to dress codes of the era he lives in while maintaining a certain air of the past».

With dramatic Victorian silhouettes and choir boy ruffled necks harking on a time before our own, the collection reflects a narrative of the early 80s, where designers such as Yoji Yamamoto, Alexander McQueen and Jean Paul Gaultier started incorporating gothic elements into their designs and runway collections. The Victorian lavishness is unveiled in the asymmetric chainmail slips, leather pants and lace-adored tops with a modern twist, reflecting the depths of today. Long, flowing capes, lace-frill high neck collars and cropped, tailored jackets were the leitmotif throughout the show, all harking back to garments worn around the 1900s.

Deconstructed ballroom dresses and denim jeans. Skirts have wide and exaggerated hips, many of them featuring undulating layers of fabric or adorned with lace or embroidery. Oversized took on traditional men’s tailcoats and ponchos, which are beaded or ruffled. While much of the collection recalled the eighteenth and nineteenth centuries, there were garments which drew inspiration from other eras, such as the oversized 80s’ tuxedo jackets, along with the hippie-style dresses belonging to the 70s. These statement pieces led the show, creating an atmosphere of speculation: what if fashion and design from every era came together right now?

Crowded surfaces created a kaleidoscope of texture: smooth jackets, denim trousers, tiered lace gowns with matching capes, along with chiffon jumpsuits topped with dramatic leather vests. Ghesquière made a case for the return of hybrid footwear, placing cutouts around the toes of ankle-hugging booties while thick glossy gladiator sandals return onto the runway.

The brand name, Louis Vuitton, has a strong history as a luggage business, so the audience was focused on the handbags and their design. Oversized tote bags were a recurring theme, balanced out by smaller bucket bags. Much of the palette for the collection were muted tones with black and white as the primary choices. Bag colors included shades of pink and sleek black.  Supported by the soundtrack, Christian Bruehner’s Sparkling Light and, for the finale, David Briggs’ Prelude and Fugue in E Flat, garments paused, replayed and transcended time altogether.

Louis Vuitton is always about travel: transporting people from one place to the next, clothes in tow. Garments that conduct their wearers and observers alike to an unknown place within and outside of time, which is a recurring theme in Ghesquière’s own design. For Cruise 2018, he presented a mash-up of sci-fi prints and deconstructed silhouettes through the prediction of 80s futurism. He transcended light-years ahead, venturing into the unknown and questioning Life on Mars, for the Fall Winter 2021 collection, and soared to outer space for the house’s Cruise 2022 show.

The designer looks to the past: his designs were featured in the MET’s About Time exhibition, which highlighted the recontextualization of the past for a brand-new future. Two hundred characters formed the backdrop of the presentation, each dressed in historical garb dated anywhere between the fifteenth century to 1950: Ghesquière had collapsed the past, present and future into one showing. In it, a frock coat from Louis Vuitton Spring/ Summer 2018 collection was presented next to a riding jacket designed for Princess Alexandra in 1902.

Many represented the question Ghesquière wanted to answer. Imagine what would happen if the past could look at us. What if all of the innumerable eras that nourish fashion could come together in the here and now? And what if, in the present moment, people could confront history with contemporary freedom, staged for the pure pleasure of fashion? Dressing without protocol, going from old to new and from unprecedented to patrimonial.

«I understand that fashion, in essence, is about pushing forward, while not breaking away from the initial mold of a brand» the designer explained «There are many designers that succumb to a wistful affection for the past, and stay there. Then there are others that are constantly looking for the next best thing, and they forget about their core customer. To be truly successful, one has to look back to move forward».

For Ghesquière, the exploration has to go a bit further. There is a certain respect for the patrimony, but also for technology and all the changes modern times have brought; Le Grand Bal du Temps, is where day faded into night, and the past comes into conflict with the present.

«Tonight, time is of no consequence. Yet time is everything. It dissolves functions and codes. It unites wardrobes. Day becomes night. The humble uniform becomes sumptuous».

With the invitation to The Grand Ball of Times, Louis Vuitton closed Paris Fashion Week. Nicolas Ghesquière celebrated the 200th anniversary of the Maison at The Louvre Museum, with a collection transcending times, in a desire for transmission.