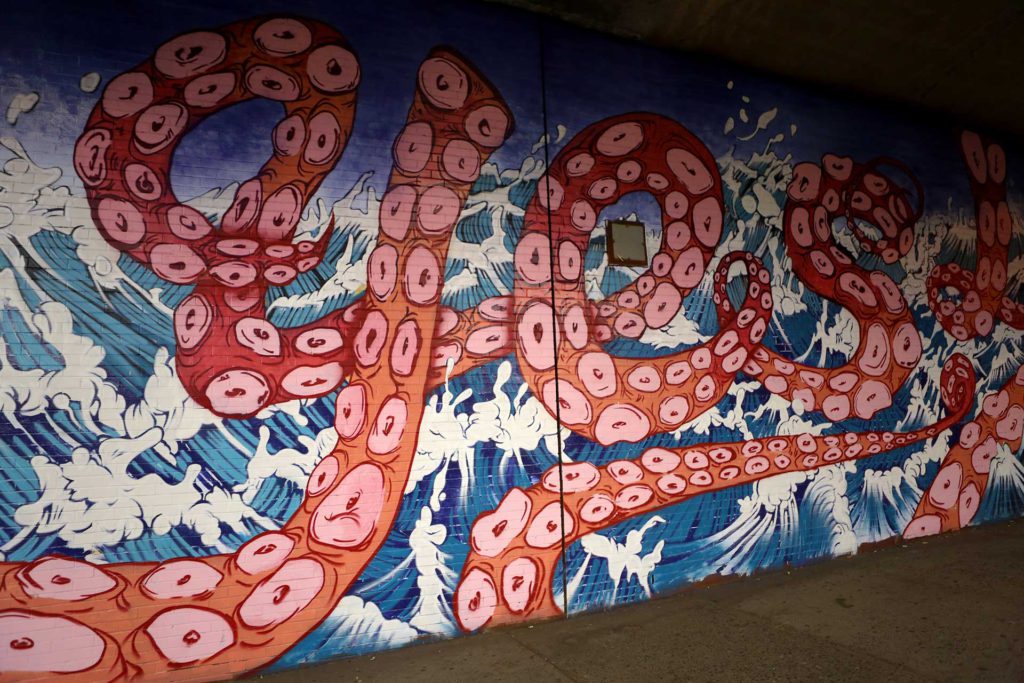 «If you don’t like the term Beauty, you could replace it with an intentional form». The graphic designer argues for the inclusion of Beauty in academic discourse

No stranger to the research and presentation of abstract topics, Sagmeister engaged in a written interview alongside the conference, which took place in the virtual context of an educational institution where Beauty is often dismissed as superfluous. «I went to art school in the Nineties and was taught by people who were steadfast Modernists, who believed in objectivity».

Rejecting the designs of the Nineties modernist revival, Sagmeister founded Sagmeister Inc. in 1993, opting for «a personal human approach», his feeling being that «viewers are left untouched by machine-like visuals». Later joining forces with Jessica Walsh to form Sagmeister & Walsh in 2011, his practice widened from a design studio focusing on music graphics to books, furniture, exhibitions, and film. Presenting significant works, including The Happy Show in 2012 – a multimedia exhibition that originated at the ICA Philadelphia – and The Happy Film in 2016, a documentary in which Sagmeister played the protagonist on a journey to become a happier person, much of Sagmeister’s work and life revolves around both the pursuit of happiness and the escape of boredom. Having read between sixty to seventy books for The Happy Show, Sagmeister explains how gratitude, exercise, positive daily habits, travel, and sabbaticals have determined his creativity.

Author Jonathan Haidt, one of Sagmeister’s scientific advisors, and his 2016 sabbatical in Mexico City inspired Sagmeister to explore Beauty. This resulted in the presentation of further projects in 2018, Beauty=Function (an installation for the Austrian Pavilion at the Venice Architecture Biennale which incorporated the word Beauty projected onto the ceiling in a series of videos using ASMR, typography and 3D animations), and The Beauty Show (another multimedia exhibition that originated at the Mak in Vienna and the Museum für Angewandte Kunst in Frankfurt and later traveled to the Museum für Kunst und Gewerbe in Hamburg and Fondation Martell in Cognac).

In his presentation for the virtual conference ‘Why Beauty Matters’, Sagmeister argued for the inclusion of Beauty in academic discourse, balancing his personal philosophy with scientific research to make three supporting arguments. To share Sagmeister’s main assertion from the conference: Beauty – «if you don’t like the term beauty you could replace it with intentional form» – is not in the eye of the beholder. «There is a surprising agreement throughout the world, throughout culture and throughout time, of what is beautiful and what is not».

Testing this theory in real time, Sagmeister engaged the online audience in a survey, asking us to choose the most beautiful shape out of a square, circle, triangle, rectangle or a wiggly shape and to write our choices in the comments section. «I’ve done this test with live audiences from Reykjavik in Iceland all the way down to Cape Town in South Africa, I’ve done it from Osaka in Japan all the way down to Rio de Janeiro in Brazil. I know how you’re going to vote. The circle wins in every culture». And so it did. In our written interview, Sagmeister expands on this, defining Beauty as «a combination of shape, form, color, composition, material and structure, to please the aesthetic senses, especially sight».

However, through a lack of beauty, Sagmeister explores how «formal attributes, including Beauty, are central in producing anything that should function well». So who is to blame for our current state of lack of beauty? «I would blame a single person, a fellow Austrian, architect Adolf Loos».

Though Sagmeister concedes, «if you go to Vienna and look at his work, it’s quite beautiful. The next generation of architects – from 1950 onwards – misunderstood the Bauhaus movement as this economic functionalism». Despite being influential to the great architects of the twentieth century, Sagmeister suspects «that for every gorgeous Seagram building – designed by Mies van der Rohe in 1957 – we get dozens, maybe hundreds of these public housing projects from the Sixties and Seventies» that, though built under the guise of functionalism, «didn’t function». Having been the first to demand no ornament, Adolf Loos was also the first to request that it be reinstated. Referencing Swiss architect and graphic designer Max Bill, Sagmeister asserts: «Beauty is a central function».

This is something that Sagmeister has learned through his designs, which function better if they are more beautiful. When talking about sustainable design, Sagmeister uses the example that if you want to create something of longevity, it needs to be beautiful so that people will look after and repair it, explaining; «Beauty is a strategy when it comes to preservation and sustainability. Just look at the Pantheon in Rome». He continues, «the same is true for a beautiful leather bag I received twenty–five years ago. I’d rather have it repaired than purchase a new one».

Tailoring answers to his respective audiences, Sagmeister offered advice to the students of Istituto Europeo di Design and the broader audience of the virtual conference, even asking one of the interviewees: «Tell me what you are working on right now? What do you need an idea for?» After revealing that he is currently working on an alternative rock band cover, Sagmeister proceeded to demonstrate, using his unusual design process, how starting from an unrelated item in his room, he could create something in thirty seconds that does not fall in line with the existing genre, but that is entirely new.

This generosity is in keeping with Sagmeister’s use of social media platforms and text messaging to interact with his audience and exchange feedback through audience participatory projects and mechanisms. He received correspondence from junior designers asking for comments on their work throughout his career. Before his travel schedule and Covid prevented its continuation, Sagmeister used to invite twelve designers to his studio on Monday evenings to discuss their work.

Having since moved to Instagram, where he can reach almost half a million followers, he explains: «I critique about one out of every ten pieces sent in. I select them if they delight me or have some merit, and I suspect I could nudge the designer to push it harder to be truly good. I hope to write my reviews in the way I like to be critiqued myself: with the best outcome for my piece and myself in mind».

Having returned to Sagmeister Inc. to focus on self-generated non-commercial endeavors, Sagmeister introduced his newest project, Beautiful Numbers, which was on exhibition at the Thomas Erben Gallery in New York City until 15th May 2021.

The show is «a reminder that the latest tweets are just tiny blips in an overall rather healthy environment». Labeling Twitter, a platform where aesthetics play a lesser role, as «the online equivalent to the public housing of the Sixties and Seventies», Sagmeister reflects on the world today; one that could easily be described – in the context of multiple global crises – as bleak. Offering an optimistic outlook on this current period in history, he writes: «If we look at developments concerning the world from a long term perspective – the only sense-making way – almost any aspect concerning humanity seems to get better».

Without mitigating the incredible loss of human life caused by the global Covid-19 pandemic, Sagmeister sensitively celebrates improved life expectancies, literacy, and mortality rates worldwide compared with just 100 years ago. With Beauty chosen by Claudio Luti, President of the Salone del Mobile Milano, as the sentiment for Milan Design Week 2021 (which will now be held in September), Sagmeister also shares this optimism for the future of Beauty; presenting the time in which we are living as a chance to revive a fashion of thinking that seeks to solve problems in beautiful ways.

Austrian graphic designer who received his MFA from the University of Applied Arts in Vienna and a Master’s degree from Pratt Institute in New York. Having started his career at the age of fifteen writing for Alphorn, a small Austrian magazine, Sagmeister quickly discovered his propensity for design and layouts.

After visiting New York City at the age of eighteen, he decided to base himself there. Founding Sagmeister Inc. in 1993 and later joining forces with Jessica Walsh to form Sagmeister & Walsh in 2011, Sagmeister’s work, which initially focused on music graphics, has expanded over the years to include books, furniture, multimedia exhibitions, and film.

Working with a range of clients, including the Guggenheim Museum, the Rolling Stones, and HBO, Sagmeister has won two Grammy awards for his design work on Talking Heads and Brian Eno & David Byrne and has work exhibited in the collections of MoMA in New York, the Philadelphia Museum of Art, the Art Institute of Chicago and SFMoMA in San Francisco, as well as many other international institutions.