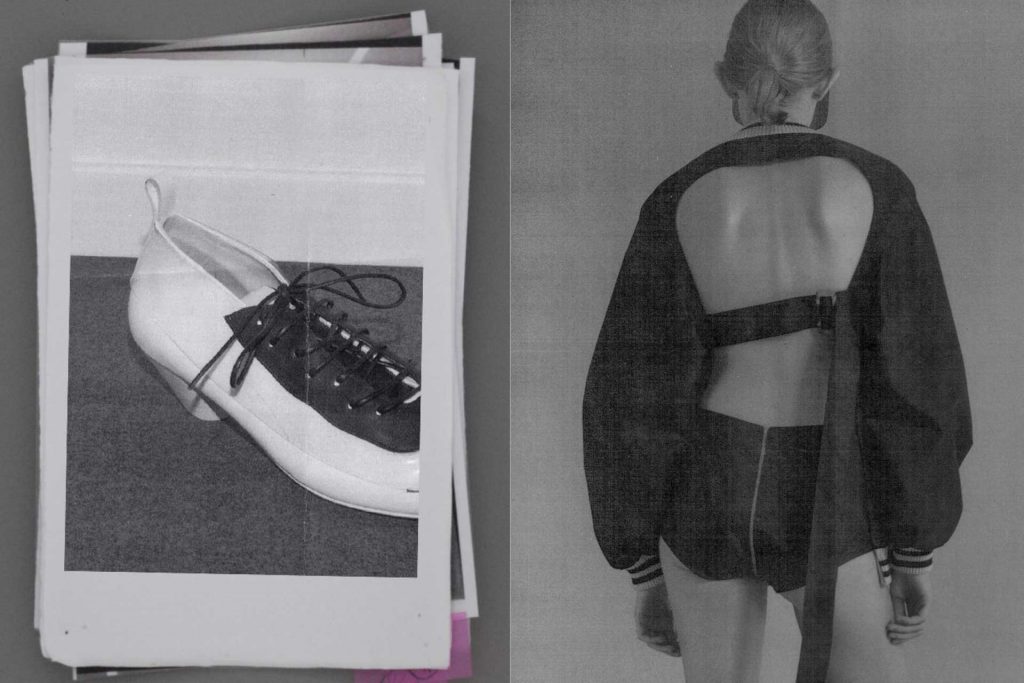 «Vìen it’s a clash» – Blending London, punk parties and underground music. What it is like to be an underground brand according to Vincenzo Palazzo

Born in 1985 in Putignano, Apulia, Italy, Vincenzo Palazzo grew up in a family full of youngsters. Putignano had approximately three discos and a population of twenty thousand people. The city had been active in the factories manufacturing outwears for big brands. Apulia has traditionally been a production site of clothes and cheese factories. Exploring life with people was a source of knowledge, and his studies throughout his school days made him more mature than his age.

«My grandmother was a seamstress and raised me when my mother was 20. My uncle and aunts used to listen to music and had a fine taste for life: artists from the Eighties like Pet Shop Boys, Jesus, Mary chain, and many indie music bands». Palazzo had fallen in love with music in his teenage years. He bought his first record at the age of ten, and by the age of eleven, he was introduced to subcultures of mods, punk, and hip hop.

He was fascinated by clothes from the music industry. «Once I went from Putignano to Bari to buy a British magazine. During my teenage years, I was a punk». The financial challenges restrained Palazzo from pursuing higher studies at university. After completing high school, he left Putignano and returned at twenty-five.

Palazzo spent some years living in Milan and London, where he lived for three years studying and searching for street culture and music in depth. While in London, he used to go to a club called Plastic People, which introduced him to electronic music producers such as Four Tet, Joy Horbison, and Floating Points. This encouraged Vincenzo Palazzo to organize underground parties in Apulia with music from London’s culture with multiple genres: Electronic, Dub-step, and Jungle.

The electronic club of Vincenzo Palazzo: the Kode-1

After three years of experience as an organizer, Palazzo launched his club called Kode-1, where he would bring electronic artists like Peggy Gou, Kode9, and Ben Ufo. Palazzo’s fondness for fashion made him restyle the existing clothes available in the market and question why the garments were the way they were. Palazzo began designing his line after meeting Leila, the PR who believed in his project: the Vìen Atelier. In 2017 after his first show at Milan Fashion Week, he closed the club and instead focused on designing.

«With hundred ideas, it was about the feeling and the attitude. The inspiration came from the music, which made me approach a collection like a contemporary expressionist with fusions of modernism from Vienna but not in a traditional way». Respecting the history and evolution of fashion, he created silhouettes with a twist of contemporary tailoring and patterns with constructions for implementing a futuristic mentality.

Early in the process, the brand’s name was Vìen, where VI was the initials of Vincenzo and EN for Elena, Vien’s patternmaker.

The meaning of being punk

«Street was all punk in style. I discovered the altered meaning of punk through Rei Kawakubo and Yohji Yamamoto. Punk with a sense of destruction with the meaning of ripped clothes and deformity of the classic styles. If you take Junya Watanabe or Vivienne Westwood, you will discover their anti classic tailoring, giving a feeling found in punk music. The connection between fashion and music is old».

The direction of Vìen took its turn through the changes that were happening in Palazzo’s personal growth. In these years, the brand’s evolution is in sync with the collective unraveling and understanding of the creative business process and its merchandise. «Vìen it’s a clash. It follows the mood of minimal music, more genres blended. Steve Reich or musicians like Kode9 and Ben Ufo. Everything started in London». Palazzo discovered cross cultures in the UK, where African people played free jazz on which young teenagers danced.

«It was shocking to see – the same musicians loved raving and then later their music got converted into dancing style with beats. It’s exciting to see how people adapted to one another and created something new, a pure creative evolution, making one believe how everything is connected in such a manner with stories that are not well known. This curiosity catches the eye and pushes one to see things beyond the surface. This gives depth to broaden the observations and understandings».

This generation has many cultural references that go beyond geographical borders because of the information absorbed from opposite corners of the world. This lack of cultural barriers allows for fluidity in creativity.

«When I go to the office, I check the fabric by feeling its quality. The process is the same for all creators: it’s vital to go with the flow and let the elements of creation tell their own story. It’s a co-creative process. What I create creates me in return; it’s a win-win situation. These senses make us do things that define us as human beings. It’s a beautiful feeling which cannot be described in words but only experienced. I like the idea of playing with the existing notion of fabrics».

Palazzo has to go through several trials and errors until he’s satisfied with the work to get to the final collection. It’s a strenuous process that the designer sees as fundamental for his creation. «It’s the suffering that pushes us and shouts from within to be released and set free – My nightmare about this moment of global lockdown and the pandemic was not to be able to create. I don’t care about failing but just creating. I love being in my world where things are answers to unasked questions».

The construction of the clothes creates a mood to build a product that ends up producing an understanding of diversities with freedom as purpose. A conscious thought on the sense of the feminine. A schizophrenic idea of male and female. Cover and discover. Mix genres and items. The characteristics of the individual become an essential condition of style.

«We belong to the world; the world doesn’t belong to us. The matrix in which we live has people who are full of unconscious consumption, ignorant that they are destroying our existence and evolution. We have questions that no one wants to answer. The solution to social entrapment is freedom which exhales through the efforts made by the creative community as a beautiful outrage».

Vìen is the space of polarities where expression is in the form of silhouettes stitched with deformity in construction. Creative freedom is liberation towards building a street culture and trend that serves anti-classic streetwear.

It is influenced by contemporary music as the point of intersection of cultures. Vìen, for the first time, launched a menswear collection taking inspiration from the Eighties, the contemporary Italian and Japanese fabrics with sartorial references such as Tasmanian with the fluid hand of jersey with the retro of 50s inspired by the theme of movement of the grandfather’s travel bag capsule.

Italian Designer that combines tailoring with streetwear for a classic postmodern wardrobe. Vìen opens a discussion on the frenetic succession of collections, proposing archetypes with a timeless allure and contemporary attitude.