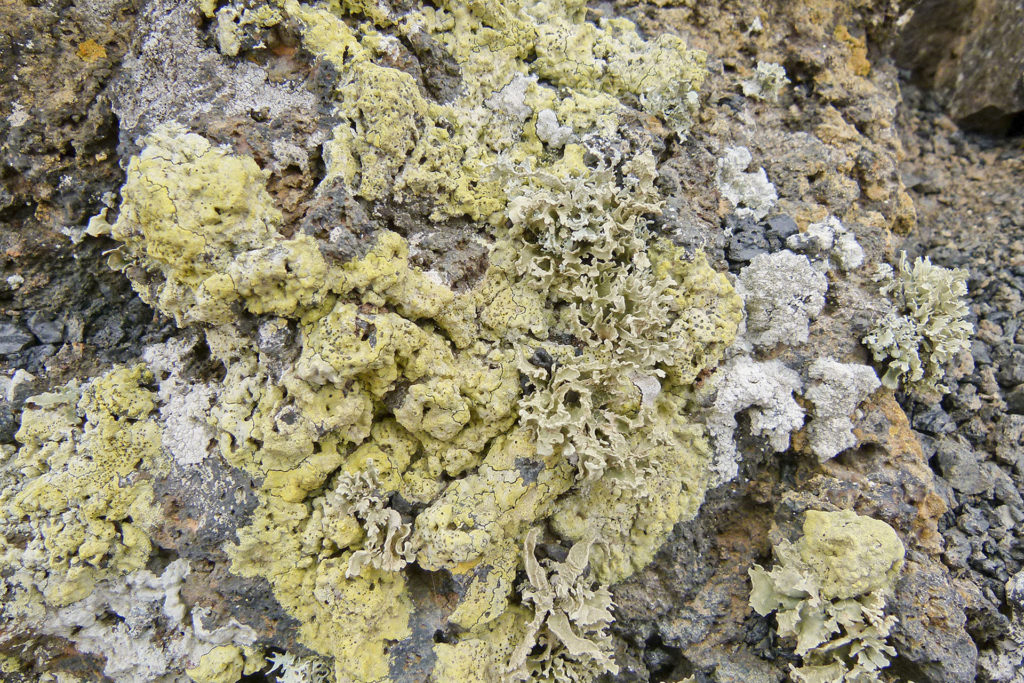 Vineyards in mineral rich volcanic soil: the case of Lanzarote

La Gueria and viticulture in Lanzarote

Lanzarote is part of the Canary Islands, a Spanish archipelago located off the coast of Morocco. The cluster of islands are of volcanic origin and provide a unique setting for agriculture. In particular la Gueria, Lanzarote’s wine growing region, is worthy of notice. Here farmers are faced with two main challenges: scarce rainfall and constant exposure to wind which makes cultivation difficult; especially when vines are young and delicate. The island is blessed with mineral-rich volcanic soil though, which in part alleviates these challenges; making Lanzarote the ideal location for the cultivation of wine. Volcanic soil, also known as andisol, is created following the eruption of a volcano. It is one of the rarest types of soil in the world; accounting for only one percent of global cultivable terrain.

Following a volcanic eruption in 1739, lava spewed on Lanzarote for six years covering the island with magma. After the eruption, the lava dried forming a layer of tephra, or volcanic ash on the earth. As tephra is exposed to the elements; in particular to wind, it breaks down and weathers into the soil, imparting it with rich materials originally present in the magma.

To help protect the young vines from the constant trade winds, Lanzarote farmers have developed a technique of growing their vines close to the ground; in strong contrast with Italian or French tradition of growing the vine upright. By digging holes, sometimes up to three meters deep, the vines are protected and can grow in peace. Sara Diaz from the Vinos de Lanzarote Regulatory Council explains. «to alleviate the consequences of the winds, volcanic stone walls are used which act as a windbreaker. These are placed in the predominant direction of the wind».

El picón and the particularities of volcanic soil

The strong winds are inhospitable, but even more problematic for agriculture on Lanzarote is the scarcity of rainfall. Begoña González and her husband Alfredo own a family run Bodega or vineyard called Bodeguita Vega Volcán. They claim that it is only possible to cultivate wine on the island thanks to the fateful eruption. «Although the rain is very scarce, barely 150mm annually, it is compensated by the humidity that the winds provide us with. This humidity seeps into the land and is retained by the picón (volcanic ash soil) preventing its evaporation». La Geria is the region closest to the historic eruption. «it is in this area where the unique cultivation method of the vineyards of Lanzarote was born», they explain. Lanzarote has about 1000 vineyards and no fresh water sources. If it were not for the humidity retaining properties of the picón, such widespread cultivation would be impossible.

The porous volcanic ash seems to act as a sponge

Diaz from the Regulatory Council elaborates on this point illustrating that «in Lanzarote the scarce rainfall is alleviated with the use of the picón. This is to say that it prevents evapo-transportation and makes the humidity at night and the water from the little rainfall last longer. This can be used to the advantage of the farmer who needs to spend less time and resources on irrigation». The porous volcanic ash seems to act as a sponge; retaining humidity from the air and transferring it to the grapevines during the day through a process of slow osmosis.

The layer of picón covers the vineyard’s topsoil, enabling the filtration of rainwater and preventing it from evaporating by maintaining a constant soil temperature. Another particularity of volcanic soil which is advantageous for viticulture is that it seems to be immune to the proliferation of weeds and pests which typically plague agriculture. Sara Diaz explains how «in Lanzarote, herbicides are hardly ever used because the picón prevents weeds from growing». And in regards to pests says «our biggest problem is fungi due to the high humidity and mild temperatures. The island’s farmers are aware though of the sustainable use of these products, which is why they use ecological alternatives».

The practice of grafting to counter the phylloxera

This is confirmed by the Gonzales family who add: «our wines are organic, not because this is a recent trend. We are aware of the environment, we do not use herbicides or chemical pesticides. We only use organic products like sulfur, lime and neen oil». Phylloxera, an aphid which attacks the roots and leaves of vines. It was accidentally introduced to Europe from America in the late 1800’s, is absent from Lanzarote. Upon its appearance in Europe, phylloxera destroyed up to seventy percent of French vineyards; killing centenary vines which had been passed down through generations, and quickly moved through Europe. To counter the destruction offset by the phylloxera, the practice of grafting was introduced to help protect the plants.

Ruben Bonaria, a certified oenologist from Turin explains: «to overcome this problem, the grafting strategy was devised. By performing a sort of surgical operation on the plants where American vine roots were. Here planted with European vines grafted on top, the vines became phylloxera resistant. The combination of the two different strains of vine guaranteed resistance to the pest at both root and leaf level». Vines that have been grafted differ from their ungrafted counterparts though. «ungrafted vines can live much longer than grafted ones which adds to their value as the more years the vine grows, the more the quality of the grapes improves.

Because of this you can find secular ungrafted wines which produce excellent and balanced grapes. Grafted vines also produce balanced grapes, but they are able to survive fewer years due to grafting scar issues, and the older the vine the better the wine», says Bonaria. Lanzarote may have been spared from the spread of phylloxera due to its isolation. However its soil also plays a relevant part: «the fact that in some regions of the world there are places where it is possible to keep the vines ungrafted is all due to a certain particular composition of the soil. If the terrain has a high percentage of sand, the vine can grow ungrafted. This is because in sandy soils phylloxera cannot survive», claims Bonaria, pointing to the pest reducing qualities of volcanic soil.

Lanzarote is blessed with a unique soil make-up. Not only is rich in minerals and fertility. It presents three singular characteristics: water retention, pest propagation prevention and carbon sequestration due to the high mineral content. These enviable qualities are restricted to just one percent of global volcanic agricultural terrain. However the existence of biochar may begin to change this. Biochar is a soil amendment which is more readily available than volcanic soil; as it can be derived from virtually any organic substance by heating biological waste to high temperatures in the absence of oxygen.

Similarly to the picón it retains water in the soil, promotes resistance against diseases and pests by boosting microbial populations and attracting beneficial insects, and sequesters carbon from the atmosphere. In a study published by the Journal of Soils and Sediments it is shown that improvements linked to biochar are particularly prominent in highly degraded and nutrient poor soils. Whilst its application to fertile and healthy soils does not always increase crop yield. This is confirmed by the Vinos de Lanzarote Regulatory council who state: «amongst the techniques that are being developed in Lanzarote, biochar is not used». Probably because the volcanic soil is naturally rich in nutrients. The use of biochar has implications for agriculture in depleted soils, pointing to it’s regenerative agricultural properties

Reversing some of the damage caused by anthropogenic activities

Regenerative agriculture is a form of cultivation which attempts to reverse some of the damage caused by anthropogenic activities. Such as the use of chemical pesticides and fertilizers, by rebuilding  organic soil matter and restoring degraded soil biodiversity. This results in increased carbon drawdown, improves the water cycle by increasing the water-holding capacity of the terrain and biodiversity; above soil attracting benign insects like ladybugs which counter pests such as aphids. The practice of regenerative agriculture is becoming prominent as exhaustive cultivation and intensive animal farming are largely widespread; negatively impacting the soil quality which reduces food production possibilities and the health of the ecosystem as a whole. Biochar has gained popularity in regenerative agriculture.

Regenerating the earth by using biochar

It has been used in vineyards as it boosts microbial populations. This also decreases the need for human intervention in regulating potential pests. Mimicking the behavior of volcanic soil. It reduces the need of water inputs; as biochar’s spongy constitution retains water in the soil for longer periods of time which is convenient for wine growers. This method is used in soils with low organic matter, or terrains which have been heavily degraded. This is due to years of conventional farming and because of this has gained popularity in wine growing regions such as California.

In a vineyard, having higher amounts of organic carbon and microbial biomass can help the site function better with less human intervention. Whether naturally fertile due to its volcanic origin, or whether soils are enriched by biochar thanks to human aid; there is less need to add water, compost, fertilizer, and the terrain will be better equipped to combat disease and pest problems in a healthier and more holistic way. Both kinds of soil sequester carbon from the atmosphere helping to counter air pollution. Not all soils are volcanic, but we can begin to regenerate the earth by using biochar to increase volcanic-like characteristics in depleted and impoverished soils around the world.

Biochar is charcoal produced by pyrolysis of biomass in the absence of oxygen; it is used as a soil ameliorant for both carbon sequestration and soil health benefits. Biochar is a stable solid that is rich in carbon and can endure in soil for thousands of years