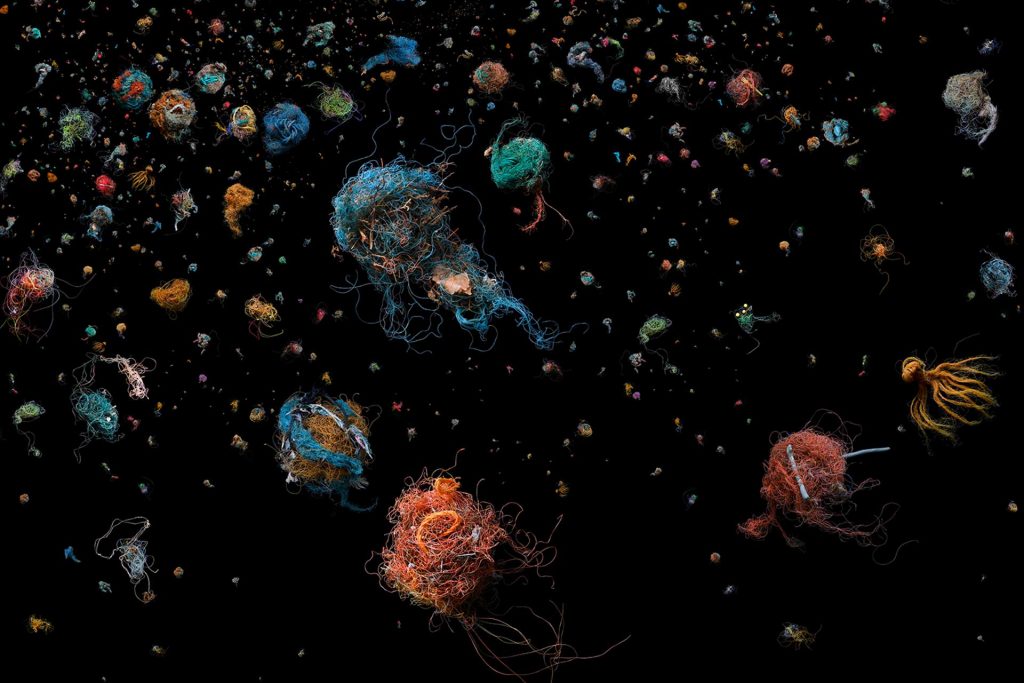 Every time you open a water bottle, you release thousand of microplastics

Microplastic role and impact on human life. Drinking water, air, and DNA – where else will scientists find the microplastics, and what does it mean for us and the upcoming generations?

Microplastics presence in the human placenta

In late 2020, the Fatebenefratelli Hospital and the Marche Polytechnic published a research in the Environment International scientific journal. This revealed the presence of microplastics in the human placenta for the first time. This news raised concern for the scientists as the topic of microplastics was previously studied. However, finding them in all the portions of the placenta – maternal, fetal, and amniochorial membranes, questioned the influence of these particles on human wellbeing. After the microplastic particles’ analysis in the placenta, scientists identified stained polypropylene and pigments. The ones used in paints, adhesives, coatings, plasters, cosmetics, and personal care products. Microplastics carry substances that act as endocrine disruptors that can cause long-term effects on human health. Giving the issue a wider exposure, the microplastics were present long before the news of the human placenta, having Polyethylene terephthalate around since 1941.

The media coverage and the image of plastics in the ocean have dominated in the last five years. With many organizations fighting against single-use items, water pollution, and the environmental impact of polymer-waste disposal. «For a long time, it has been, this far away thing, an island of trash in the Pacific. When we found it in drinking water in 2017, it caused alarm bells to go off in people’s minds. When I talk to people that are non-scientists of microplastics, almost everyone has the same reaction of ‘I don’t want that in my water’». Says Scott Coffin, a Research Scientist at the California State Water Resources Control Board.

He was doing eco-tourism and speaking of garbage accumulated on the beach. This was what prompted his passion for starting a PH.D. in Ecotoxicology in California. He studied the ecological impact of plastics before focusing on human health. The first findings of microplastics in drinking water were published after Coffin had graduated. «Within months, the Californian legislature passed a bill that requires us to investigate the issue. It provides a little finding and an impetus to develop a method, look at the health effects, and to figure out if this is a problem in California’s water system». The problem begins with the word ‘microplastics’ alone. Before June 2020, there was no legal definition of the term, which created limitations for the research.

The Water Boards suggested its own explanation which reads as ‘solid polymeric materials to which chemical additives or other substances may have been added. These are particles which have at least three dimensions that are greater than 1 nanometer and less than 5,000 micrometers. Polymers that are derived in nature that have not been chemically modified (other than by hydrolysis) are excluded». The Water Boards do not want to exclude toxic to human materials preemptively. While the plastic industry wanted to narrow down and constrict the definition, Coffin says that they (the Water Boards) tried to expand it. This because of the lack of information on the particles’ safety, especially when synthetic and never degrade.

The synthetic clothing production spreads plastic in the drinking water

Settling on the term has helped Coffin and his research in comparing the particles’ sizes. «When anything is above 10 microns/micrometers, you can breathe it in, but it will be coughed out». According to the Plastic Soup Foundation, approximately 16 percent of the plastic (produced annually) consists of textile fibers. As production rises, the percentage goes up accordingly. The synthetic clothing production spreads plastic in the drinking water and makes the ingestion of household dust common.

«Below that number is where you start to see the biological effects. One way that you can think of the impacts of these microplastics. Especially the fibers, which are similar to basters. Basters are small fibers that can penetrate cells and break them apart. Our immune system crudely responds to them by trying to encapsulate the fiber. Also trying to break it apart by emitting what it is called reactive oxygen species. It is like a bomb.

When the bomb goes off, it does not break down the particle because it is stable. That bomb damages the cell itself. It can cause DNA damage, which will progress eventually to cancer. We have evidence for those effects with microplastics in humans through occupational studies. But we do not know how it translates to drinking water or the smaller doses that we see in the general population», explains Coffin. In the 1990s, scientists have already demonstrated microplastics’ presence on human lung tissue. They also presumed it as one of the cancer causes, which makes the findings possible in the near future.

More microplastics than all of the animals combined in the world

Every time we open a plastic bottle, we release millions of particles and thousands of microplastics. A lot of which goes straight in the air and others into the bottle. «At this point, we have more plastic mass than all of the animals combined in the world», says Coffin. These small particles can be swept up by the wind and end up in the drinking water. Through a river, reservoir, or lake, and some of them will make it through the wastewater treatment system. Another path that microplastics can take is roads.

Coffin and his research colleagues believe that stormwater washes the particles from the roads into rivers; considering that tire wear particles are the most toxic thing found during their research. Besides learning the microplastics effect, the research works towards suggesting solutions. In the case of tire wear, the SFPUC Green Infrastructure program focuses on planting plants that are specifically designed to capture pollutants along the roadway. Even in this case, the solution should not focus only on additive approaches but also on cutting plastic production.

We may end up replacing one devil for another

The U.S. Environmental Protection Agency marks that 27 million tons of plastic were sent to landfills in 2018. Plastic Oceans estimates nearly 300 million tons of plastic produced each year, 50 percent of which are single-use products. Few minutes to use a product makes it stay hundreds of years in the oceans or landfills. The issue has risen to the point, where besides inhaling the microplastics, we find it in the drinking water. No matter what material we use – hemp or biodegradable plastic – a single-use product will have its impact.

Biodegradable plastics will reduce the amount of plastic pollution, in general. Still, Coffin draws a parallel, saying that, by doing so, «we may end up replacing one devil for another», as some of the biodegradable plastics degrade rapidly. In contrast, for others, it takes a time of 100 to 2000 years. The solution is source control and reducing our consumption. There are some products like medical supplies for which it is difficult to find a replacement, but other things like plastic utensils or take out containers, we can replace with degradable-paper products or starch corn starch made packages – suggests Coffin.

«We are developing a standardized method currently being evaluated by about 35 labs in 7 different countries. Once we have a method, then we can test the water in California. The third part of this research is determining what health effects are, and how much is too much», states Coffin. It takes time to reveal other discoveries. As scientists face limitations throughout the research process.

«We do not have methods that can reliably characterize these types of particles like the submicron and the nanosize plastics. From the literature, the most toxic particles are below 1 micron. The method that we are currently developing gets down to 1 micron. Just the range where it starts to raise concern. Regardless of what we do within the state of our method, we are still going to be scratching the surface of this issue». The scientific limitations is the behavior of light that prevents the researchers from looking below the 1 micron, as well as technological development. Before putting energy in new findings, the human mindset should be a focus in tackling this issue.

To transmit the emergency level in plastic production to society, governmental bodies design policies that focus on decreasing single-use consumption. Coffin works with the Ocean Protection Council, which has a legislative chart to tackle the microplastic issue and focuses on policy applications that the government can directly implement. They are looking at upstream solutions from product redesign, distribution to wastewater treatment plants. At times, the wastewater treatment system locates the issue from one place to another.

«Nearly all of the microplastics that are not discharged through water, about 98 percent, are taken up into biosolids that are often applied to agricultural fields as a way of regenerating the nutrients because they contain nitrates and phosphates. These microplastic particles accumulate in agricultural fields. Earlier this year, we discovered that plants could uptake microplastic particles through their roots and be distributed throughout the plant. We do not know whether it makes into the fruits or vegetables that we eat, but we know that it causes plant toxicity. Over time you will see reduced food yields from farms. In the shorter term, we already see toxicity in the soil ecosystems: worms, insects, even down to bacteria level – fungi, are being affected by these microplastic particles, likely at a higher risk than anything in the ocean. It is so recent that the scientific community has not yet grasped that».

Its mission is to preserve, enhance, and restore the quality of California’s water resources and drinking water.