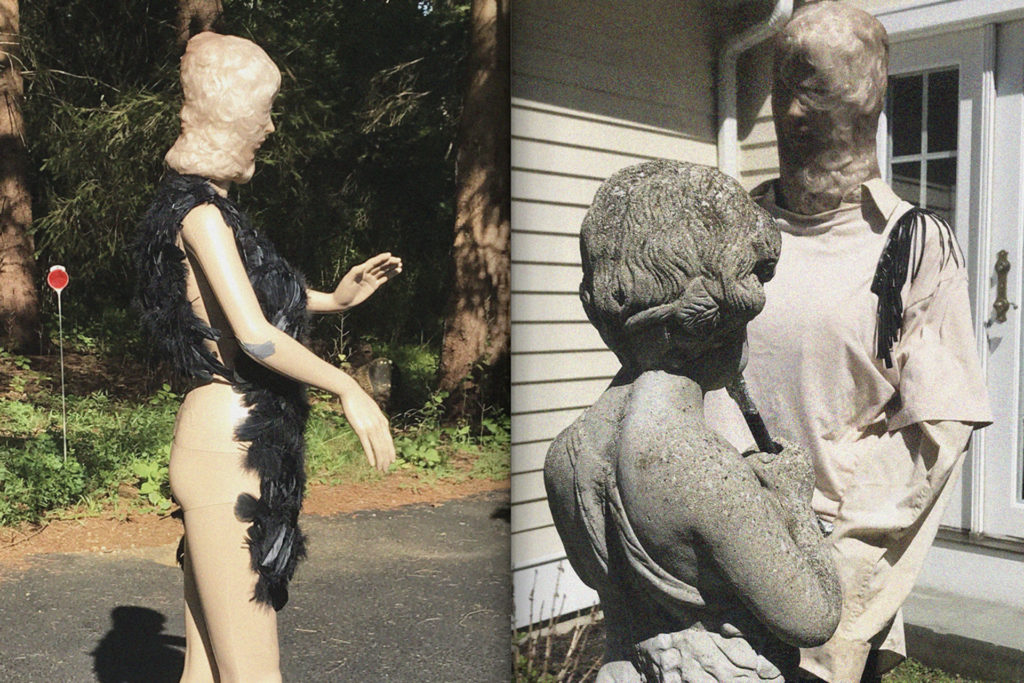 From an artist’s journal to literature, Flash Art has created a culture in contemporary art, the pursuit of radicalism and the space of avant-garde

Radicalism varies in context and nature of the content. Michigan State University provides a foundation by identifying it as the beliefs or actions of individuals, groups, or organizations who advocate for thorough or complete social and political reform to achieve an alternative vision of society.

David A. Snow (a Chancellor’s Professor of Sociology at the University of California), Irvine, and Remy Cross (an Assistant Professor of Criminology at the University of South Florida) studied the types and processes of radicalism in the context of social movements. To achieve a stated goal, one plays a role as a social movement activist who embraces direct action and high-risk options.

When radicalism took over the art industry in the 1960s, the countercultural revolution transformed the art perception in society. In 1967, Italy birthed Flash Art in Rome – a social movement for avant-garde art under Giancarlo Politi. He had left his work to pursue art publication, a medium to spotlight contemporary art and artists through information.

He moved his publishing house to Milan, a gateway to Europe, as he considers in an interview with Artribune.

Lampoon in conversation with Gea Politi and Cristiano Seganfreddo

Ten years after its pilot print, Flash Art introduced Flash Art International. This was the English counterpart of Flash Art Italia, broaching geography from Europe to West and East.

Gea Politi – the daughter of Gianfranco Politi – and Cristian Seganfreddo – helm the publication today as Editors-in-Chief – sitting down with Lampoon to narrate the birth, fruition, and transformation the publication has undergone.

Seganfreddo discusses, «when Flash Art started, Italy lacked involvement in the global movements, and contemporary and avant-garde art had not yet become a subject. In the late 1960s, the founding of Flash Art signaled the establishment of a society, the path to capture the essence and flashes of the art movement in those years, far from a scholar perspective. In the past, the market for independent publishing, art galleries and museums for contemporary and avant-garde art, and auction houses had not yet fared or had been sparse.

Flash Art targeted a niche, an earthquake, that became a benchmark for the contemporary and avant-garde artists who had no platforms to showcase their works. This opportunity enters as a redefinition of the aesthetics in society, politics, and generations, an epoch of pioneers».

The emergence of media and art forms between the 1960s and 1970s and how Flash Art researched and reported the artists’ practices. Pop Art: Richard Hamilton in England whose work Just What Is it that Makes Today’s Homes So Different, So Appealing in 1956 comprises a couple in the living room with cutouts of the moon, a housemaid cleaning the stairs, a picture of Abraham Lincoln in a frame, a magneto phone on the floor, and a view of New York plastered as a window; and Andy Warhol in America whose Campbell Soup Cans in 1962, a synthetic polymer paint across thirty-two canvases, contains clam chowder, scotch broth, pepper pot, tomato rice, and cream of celery to name a few and has been on display at the Museum of Modern Art in New York City and the Ferus Gallery in Los Angeles City.

Minimalism: San Francisco Museum of Modern Art in California has hosted Donald Judd. An homage to the art collector from Kansas City, Missouri. It also hosted Robert Morris’ Untitled – a series of sculptures where one’s body and awareness intermingles.

Conceptual Art: One and Three Chairs of Joseph Kosuth in 1965 represents an object; a chair one may fold; a photograph of the chair one may fold; and the definition of a chair in words. One Piece in Four Parts of Daniel Buren in 1976, an installation of printed fabric and paint on a flag; stripes of red and white plastered on four corners of a wall.

Fluxus: the promotion of living art in Yoko Ono’s Cut Piece in 1964. A performance of sitting alone on a stage, donning a suit, and allowing the audience to use the scissors before her and cut a piece of clothing draped over her body; Joseph Beuys’ How to Explain Pictures to a Dead Hare in 1965, a performance inside a gallery where he locked himself up in a room, covered in honey, a symbol of rebirth, and gold leaves, a symbol of the sun. Also holding a dead hare, a symbol of love and resurrection, narrating each work to the dead animal in his cradle.

Politi narrates, «Flash Art, commenced as a bulletin of information, pop-up news, comprising stories and facts across the world through the existence of artists’ networks in Italy and abroad. My father, Giancarlo Politi, heralded the hub of artists as an artist and poet himself. He built up a community around him, fueling exchanges and conversations on contemporary and avant-garde art.

These artists had furthered their art, criticism, and writing skills, forming the tools to contribute to the magazine. Flash Art sprouted as a compendium of art and artists’ insights, criticisms, and philosophies in an artist’s journal before transitioning into the digital era that calls for news stories based on research. We have retained our signature, delving into analysis, history, and background of a subject, practice, work, or topic rather than delivering the story’s surface, an amalgamation of journalism, reporting, and writing.

The bilingualism of the magazine in the late 1970s, publishing contemporary and avant-garde from the West, Europe, and East, foresaw a boom. This allowed the magazine to pilot and dedicate covers to Jeff Koons and Robert Rauschenberg among the others».

Fashion and art in journalism

Maya Jaggi, a British cultural journalist, introduces cultural journalism as reporting the arts and creative work and the individuals, institutions, and policies that make or enable such work. It may include literature, music, film, dance, photography, visual arts, architecture and design on high culture. As well as the traditions of art, and popular culture.

Cultural journalism attempts to understand the role of culture in society through discussions about subjects of concern. In identifying the journalism of Flash Art, Politi affirms: «Journalism embodies flash, efficiency, dand a focus on a subject. In Flash Art, our way of writing faces the practices of an artist through a niche perspective. For instance, our Anthropocene #326 featured Nicolas Bourriaud, our pioneer issue towards coexistence and co-activity, gender and blackness».

In the article, Bourriaud underscores Anthropocene as a space of promiscuity. A brutal bringing-together of all reigns and spheres in a space suddenly devoid of boundaries; a time to understand that anthropology in the present can no longer be centered on the human species. He explored the domains of art, the engines of globalization that concern the ideology of growth. The society and inter-human relations, and the disappearance of humans in the name.

The recent print issue of the magazine #333 Winter 2020 – 2021 featured Miuccia Prada and Raf Simons. A Modernist Revulsion for Nostalgia by Charlie Robin Jones, a journalist, and editor in London and founder of Still Projects, narrates the volunteerism of Prada in the Communist Party, an angle of the story that pursues conversations.

Politi and Seganfreddo acknowledge the intermingling of fashion and art and the consultations between two industries. The start of their collaboration with fashion houses to produce visuals and content signify the history of Flash Art.

The magazine, as Seganfreddo explains, continues «to make selections that stray from commercialization and superficiality. We pick out content that encourages readers to reflect rather than read».

In the second half of the fifteenth century, Europe stationed Venice as the capital of the printing press. The city boasted 150 typographers and was a thriving center of bibliomania. Above all, Venice was the birthplace of Aldo Manuzio, or Aldus Manutius, a pioneer in the contemporary printing press.

Manuzio founded Aldine Press; the emblem displays an anchor and a dolphin. The intention to disperse Greek, Latin, and Italian language and philosophy to the community. This granted him the authority to produce the texts of Dante Alighieri, Francesco Petrarca, and Desiderius Erasmus Roterodamus. In addition, he introduced proportions in the size and style of fonts, invented the italic font, and introduced punctuation. But more important, he presented books that fit into pockets to facilitate carrying literature.

An homage to Aldo Manuzio

Through this remembrance, the scene of independent publishing in Italy possesses lineage present publications have adopted. Politi and Seganfreddo witnessed the upholding of the manuscript tradition in Italy as independent magazines and books amidst the pandemic. A homage to the legacy of Manuzio and the industry of publishing in the country.

While such a culture remains practiced, the 21st century signals the advancement of technology and online platforms against print media.

Politi and Seganfreddo recount, «we went online in the late 1990s. However, the use of technology had not yet favored websites and our readership. Our readers became accustomed to the print media and may have shown their unreadiness to switch to online media. We went into a more dynamic approach five years ago. Yet, our readers preferred print issues, even though reading long texts online represent a challenge. As a result, our digital edition relies on hypertextuality. It embraces social media as we draft our editorial calendar for media platforms and apps online».

As Kurt Lewin states, a leader succeeds once he or she considers the influence of individuals and the environment. According to this model, the greatest understanding of any system is to try to change it.

The cycle of the model initiates with unfreezing. The recognition that changes have to take place through dismantling the existence of beliefs and practices; change, the occurrence of transformation along with confusion and distress as the mindsets experience transition; freezing, the formation of stability and acceptance of mindsets the framework has refreshed and induced.

Flash Art is an international quarterly magazine and publishing platform dedicated to thinking about contemporary art. Since 1977, it has been published in two separate editions: Flash Art Italia and Flash Art International. Gea Politi and Cristiano Seganfreddo are the Editors-in-Chief and Publishers, a transition from its Founders Giancarlo Politi and Helena Kontova.