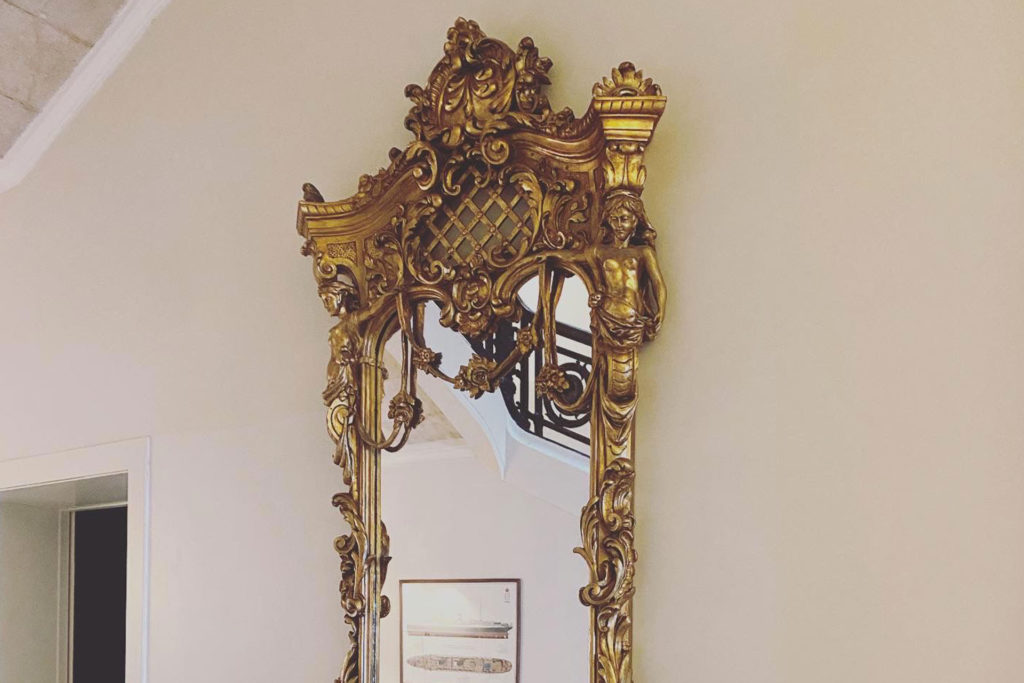 Savoia Excelsior Palace, Trieste. The first impulse to travel is the existence of a frontier

A way of welcoming and living in Trieste, cultural crossroads between East and West Europe. Emperor Franz Joseph I of Austria appreciated his stays here

The Savoia Excelsior Palace in Trieste

On 24 June 1911, the Viribus Unitis occurred at the San Marco Shipyard in Trieste, in the presence of Archduke Franz Ferdinand of Habsburg. The battleship of the Imperial Royal Austro-Hungarian Navy, the war fleet of the Empire. For the official occasion, the Savoia Excelsior Palace opened to the public for the first time, prematurely. Thanks to the work of 250 labourers, without completing it. Welcomed the authorities and delegations who had come to the Hapsburg city to watch the descent of the flagship into the sea.

The building was erected on the area that the Palace of the Maritime Government previously occupied. Demolished in 1910, its construction was part of the plan to upgrade the facilities launched by the First Austrian Hotel Society.

In Central European style, the Savoia Excelsior Palace was designed by Viennese architect Ladislaus Fiedler. He employed innovative techniques and materials for its construction. The laying of the foundations occurred using the Zublin system. 800 reinforced concrete piles, were driven into the ground. Previously they used them mainly in the shipbuilding industry. The statues of Neptune and the city of Trieste, by the sculptor Ambrogio Pirovano, were placed on top of the structure, to complete it. They were employed in the ‘factory and sale of stone and artificial marble’

On November 3, 1918 the destroyer Audace docked at Molo San Carlo – later renamed Molo Audace in its honor – in front of the then Piazza Grande – today’s Piazza dell’Unità. It was the first Italian ship in the history of the young Kingdom of Italy to arrive in Trieste, abandoned by the Austro-Hungarian governor two days before. In front of the crowd, General Petitti di Roreto got off the ship and, in the name of Vittorio Emanuele III, took possession of the city. From that day they added ‘Savoia’ to the name of the hotel, which then officially became the Savoia Excelsior Palace.

Restoration and design of the Savoia Excelsior Palace, Trieste

The design of the Savoia Excelsior Palace had to make it as an ideal hotel. This according to the architectural schemes of a late 19th century Grand Hotel. Frequented from its earliest years by aristocratic families, artists, diplomats and an international tourist elite who used to stop in Trieste as part of the Grand Tours of Europe. For example, Emperor Franz Joseph I of Austria was a frequent guest during the first years of its opening. ‘The last absolute European sovereign by divine right until his death’. He appreciated his stays in Trieste and the apartment and private bathroom later were preserved in the hotel.

However, during the Second World War, a fire caused by cannon fire in 1945 damaged it, when German troops occupied teh hotel. The first restoration works started in 1949 and again from 1972 to 1976 they revised the structure. It was in June 2009 – after almost three years of closure due to works – that the structure reborn thanks to the restoration promoted by the Starhotels group, which acquired it in 2005.

Recovering the monumental building of the Savoia Excelsior Palace, Trieste

The project, entrusted to the Florentine architect Elena Carrabs, has as objective recovering the monumental building while respecting the original style of the Central European palaces. The renovation has affected several decorative elements of the facades. After that, the mosaic at the top where were new elements in place of the missing tiles comes from the Orsoni furnaces in Venice. the Belle Époque style stained glass window that illuminates the grand staircase and the frescoes on the ceilings of the rooms on the ground floor and the lobby, also reconstructed in the missing parts.

There is a mix of designer furnishings of the rooms with 60 original pieces. For instance they restored on the basis of the designs created for the Savoia Excelsior Palace in the years 1910-12. Armchairs, Art Nouveau style consoles, mirrors and chests of drawers in rosewood inlaid with gold leaf finishes and bronze decorations and the 6000 pieces of porcelain created in 1912 by Ginori, in use in the current restaurant.

Savoia Excelsior Palace, Trieste: the rooms, Savoy restaurant by Eataly and the library

The 144 rooms and suites of the Savoia Excelsior Palace, recently renovated, boast a classic style with modern details. In addition, ciphered pillows, upholstered rollers, tassels and bangs that enrich the pastel-colored upholstery and the Calacatta marble of the suites’ bathrooms. The furnishings and accessories reflect the spirit of Starhotels. This is to say the group to which the hotel belongs.

The lobby, dominated by the glass chandelier and golden inlays, leads to the library. Natural light floods in from a glass ceiling, illuminating the room. Meanwhile, a selection of books and texts resting on dark wall-mounted bookcases, leather armchairs and velvet sofas. To sum up, a collection of artwork by emerging Italian artists on the walls, wooden parquet floors and background music.

The Savoy Lounge by Eataly

The Gulf of Trieste is one of the most renowned bars in the city. With its shell-shaped ceiling and large windows it’s very popular with the local clientele. On the menu: international cocktails, wines by the glass of local production. A selection of spirits, among which some reserves of cognac, whiskey and grappa. Likewise, the Savoy by Eataly Restaurant offers a revisited traditional local cuisine. In addition, in his menu, Trieste’s chef Andrea Stoppari includes dishes based on fish and seasonal products. The wine list includes labels that privilege autochthonous vines and small producers of the Italian and Slovenian Collio.

Pursuing an eco-sustainable approach, the Savoia Excelsior Palace has implemented a water recycling system. For example, this recovers 100% of the grey water, transforming it into hygienically clean and safe water that complies with bathing parameters. In order to save energy, low environmental impact cogenerators and a high efficiency thermal power plant. This features low noise and gas emissions. In addition their LED lighting technology have been implemented.

Trieste and the Karst

At the helm of the Savoia Excelsior Palace, general manager Riccardo Zanellotti. He was born in Africa, where his family moved, and grew up and trained in Switzerland, Milan, London and Istanbul. He carries on the idea that his task cannot be limited to the operational management of the structure. In fact, according to Zanellotti, who joined Starhotels in 2001, being in charge of a luxury hotel; structure also means having a commitment on a local and international level, aimed at enhancing the value of the destination. Therefore, Riccardo Zanellotti is an ambassador of the territory and its excellences. Promoter in first person of Trieste – crossroads of cultures, favored by its border position – and of the Karst.

The Savoia Excelsior Palace overlooks Riva del Mandracchio, on Trieste’s seafront, opposite the Palazzo dei Congressi. The maritime station and adjacent to one side of Piazza dell’Unità d’Italia Europe’s largest piazza by the sea. Above all, here is located the Caffè degli Specchi, ‘the living room of the square’; founded in 1839 and a historic meeting place for intellectuals and writers.

From Piazza Oberdan, in Trieste, there is a single-track funicular railroad with wooden seats. This leads to the Karst as far as Villa Opicina which inauguration occurred in 1902 . The word Karst derives from Karra, a pre-indo european term meaning stone. Importantly, this territory is the destination of the Trieste people on Sundays extends for 130 square kilometers. For instance, it starts from the municipalities of Duino, Aurisina and Sgonico and runs through Slovenia to the coast of Istria.

Scattered with stones and rocks of calcareous composition; eroded by the bora, rivers flow in the subsoil and caves wind their way. As a result, here when you come across a branch of ivy tied to a tree, at a road junction, or leaning against the boundary walls; by following the red wooden arrow that hangs from the branch you will arrive at the traditional osmizza. From Slovenian osmi, which means eight, it indicates a refreshment point in a farmhouse or in a farmstead where to taste typical dishes.

The production of Kars

Roasted or raw ham and malga cheese accompanied by a glass of Teran wine. Obtained from refosco vines, or dry white Vitovska. It takes its name from an autochthonous Slovenian vine. Furthermore, Karst wines is a harsh and rocky territory with a red soil rich in salts and iron substances. As a consequence, the production of this wine reflects the strong and intense character of the land. Vitouska’s winery of Azienda Agricola Zidarich, in Prepotto, is entirely dug in the rock. With a depth of 20 meters (65 feet) and has five floors in total. To conclude, Tasting, or l’osmizza, takes place at the highest level, where one can enjoy the view of the surrounding vineyards.

The Savoia Excelsior Palace is a hotel in the center of Trieste overlooking the sea, near Piazza Unità d’Italia.