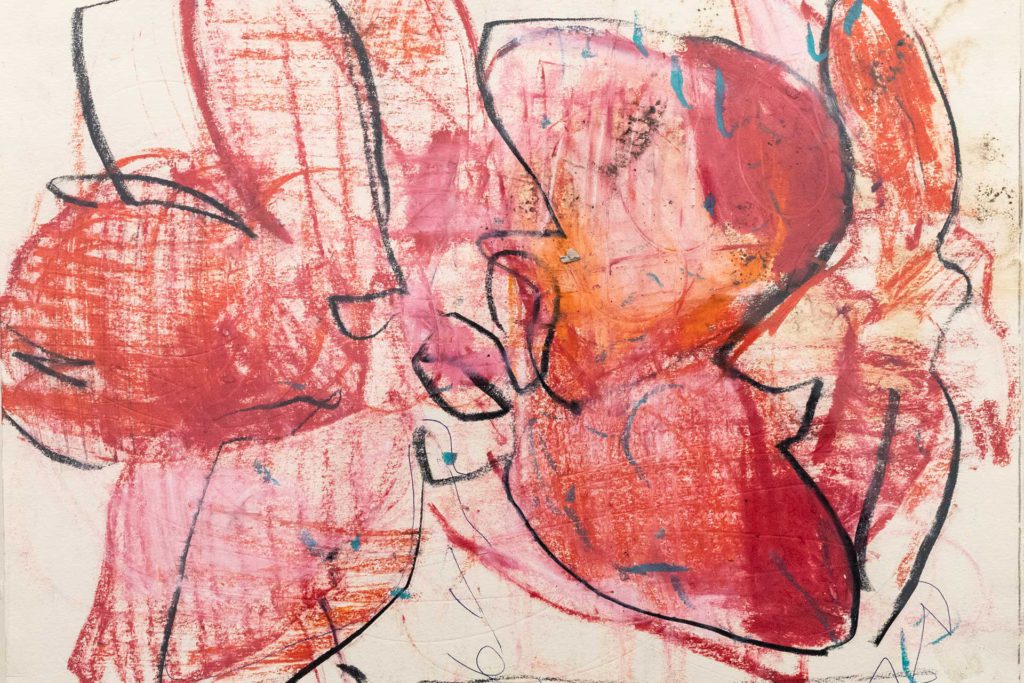 WopArt: the first Swiss art fair putting works on paper under the spotlight

The market of works on paper

Over the centuries, artists used paper as a tool to express their creative flair and sound out new practices and aesthetics ranging across different media and techniques. Artworks on paper must not be confined to studies, experiments or sketches, as many artists have chosen it as their primary means of expression. Works on paper, such as drawings and watercolors, represent a highly collectible segment of the art market, both in terms of quality and price. It is common knowledge that these kinds of works cover price ranges which are considerably lower in comparison to other traditional mediums, such as sculpture or painting on canvas. This particular feature makes them attractive not only for established collectors but also for beginners who can start art collections by acquiring pieces of great value by major international artists at convenient prices.

Tecla Riva, co-founder of Kromya Art Gallery with exhibition spaces in Lugano and Verona, explains that traditionally, paper has been associated with preparatory sketches, but in recent decades it has taken on more relevance. Calligraphic works, typical of traditional Chinese art, reach very high prices today. «I often do not justify the reason for this disparity if not for the durability of the artworks. Sometimes it is more difficult to work with paper, it can be a very challenging exercise», states Elena Dal Molin, President of Atipografia. Atipografia is a contemporary art gallery located in Arzignano (Vicenza) which, since its foundation, has cultivated relationships with artists working with paper.

Thanks to their expertise and knowledge of the peculiarities of the medium, Dal Molin and Riva acknowledge that the intrinsic characteristics of paper, among its fragility and its absorbency, require special care in the use of tools and in balancing water and colors. Because of these features, artworks on paper are often more difficult to care for, especially in countries with high humidity or subject to extreme changes in temperature. «Artworks on paper usually come in frames equipped with a glass which protects them from external agents. However, collectors have to make sure that the artworks are not directly exposed to sunbeams», Riva claims. In more recent times, great advances in technology have been made and conservation methods have improved.

WopArt – The Work on Paper Fair was born in Lugano in 2016 in response to the need for professionals, enthusiasts and collectors, devoted to artworks on paper, to find a dedicated place which gathers all the innovations, latest trends and major artworks from this niche segment. «The fair involves the entire Canton of Ticino, a territory sensitive to art. During the four editions in which we took part, we have built excellent relationships with trained interlocutors and collectors», Dal Molin claims.

After the success of the 2020 online edition, WopArt returned to the exhibition center of Lugano with a live event which brought together twenty-six galleries and six art foundations under the sign of ‘Fluidity’. The theme was chosen by the new artistic director, Robert Phillips, curator and consultant of private collections and institutions. «The concept of ‘fluid’ captures the essence of our time. Fluidity means integration, between the different actors of the art market, and action. We are finally returning to in-person events and many international galleries decided to take part in this unconventional edition, a sort of interlude between the 5th edition and 6th», Phillips explains.

Among the exhibitions set up by Swiss art institutions, Phillips stressed the importance of the retrospective on the artistic production of Hermann Hesse, mainly known for his writing career. This was made possible by the loans of watercolor paintings from the Hermann Hesse Foundation, located in Montagnola (Lugano) and from other private collections. Regina Bucher, Director of the museum, explains that for Hesse, painting was a sort of therapeutic activity which allowed him to fight his depressive state. Through his colorful watercolor paintings, Hesse managed to express his love and fascination for the Ticinese countryside, the artist’s adopted homeland.

PNB Paribas, the main sponsor of the event, was also present with a booth dedicated to some masterpieces of PNP Paribas Swiss Foundation’s collection created by prominent artists of the 20th century (such as Max Ernst, Joan Mirò and Le Corbusier, among others) as well as artworks selected from the recent production of international emerging artists. Great emphasis was placed by Franziska Becher, General Delegate of the foundation board, on the work of Arunà Canevascini, emergent Swiss-Iranian artist. Through a photographic series titled Villa Argentina, Canevascini created a storyline showcasing her mother’s Persian origins which invites the viewers to reflect on femininity, isolation and the struggles of integration for immigrants. As expected, most collectors moved towards historicized artists including Afro, Mark Tobey and Emilio Vedova, but showed an increasing interest towards contemporary artists, such as Enzo Facciolo, Giovanni Frangi and Donato Piccolo.

«The concept of ‘Fluidity’ can be found in each of the artists we chose to bring to WopArt», Dal Molin claims. The artists represented by Atipografia, all united by the employment of paper, wander between different techniques and aesthetic codes. Valentina De’ Mathà, presented two paintings on photo paper realized in the dark room. Distributing chemicals on the slippery surface of photosensitive paper, she evoked some of her childhood memories which emerge like flames from the white surface: a blanket typical of the Abruzzi region – her homeland – and the drawings on the floor of her family home. Gregorio Botta, tackling the topic of pain and grief, showcased a series of works where paper, imbued with wax, takes on the tactile and textural characteristics of leather.

On the other hand, Diego Soldà exploited the high absorbency of paper by immersing it in water and studying the narrative power of color. Denis Riva, who chose paper as his main medium, presented a couple of artworks investigating the relationship between humans and nature depicted by figures of animals. Exploiting the collage technique, Riva assembles different types of recycled paper such as newspaper clippings and old photos and letters collected at fleabag markets.

Other artists showcased by Atipografia at WopArt include Stefano Mario Zatti, with a transcription on paper of the Apocalypse of Adam; Josh Rowell, who investigates how the languages of mass culture find fulfillment in the digital space; Mats Bergquist, who «works with paper in spatial terms creating multiple dimensions» and Mirko Baricchi who, between abstract and figurative aesthetics, investigates the poetics of woods by applying layers of color on paper and suddenly removing them in order to provide the paintings with more profundity. «I would like to point out that MADRE-Museo d’Arte Contemporanea Donnaregina acquired an artwork from Gregorio Botta, while Galleria Nazionale d’Arte Moderna e Contemporanea has added a whole series of his artworks to its permanent collection», Dal Molin says, two events which emphasize the increasing importance and recognition artworks on paper are obtaining from institutions.

Kromya Art Gallery has taken part in the event since its second edition in 2017 for two main reasons. The first one involves the gallery’s bond to the Ticinese territory and the city of Lugano: «It is key for us, the galleries of the Ticino area, to be present and support the fair». With regards to the second reason, Riva stresses the importance of the fair’s mission: raising awareness around artworks on paper and providing artists and galleries who work with paper with a unique platform with international resonance. «Paper is a medium which allows artists to reach a wider audience as it is popular with both young and experienced collectors. Despite its fragility, paper is immersive and familiar. Everyone uses paper, after all», Riva claims.

The exhibition, Assoluto Naturale, a dialogue between Flavio Paolucci and Giovanni Frangi, presented for the first time at Miart 2021 and successively showcased in Verona and at WopArt, has in fact earned the gallery critical and public acclaim. The project stemmed from the desire to put in relation two artists of different ages and nationalities, but united by similar research topics: nature and its fluid patterns. Paolucci, born in Ticino in 1934, investigates man’s relationship with nature. It finds fulfillment in works with a highly symbolic value characterized by the employment of natural materials, such as rocks, wood, leaves and, of course, paper.

As regards to paper, Paolucci plays with it by superimposing and combining sheets of different types, such as rice paper and silk paper, among others. On the other hand Giovanni Frangi, a sixty-two year old Milanese artist, explores the dynamics of nature through the production of pictorial cycles dedicated to skies, stones, water lilies and other natural subjects. In Frangi’s artistic production, paper serves as a delicate support which is put in contrast with the artist’s vigorous gestural expressiveness visible in the use of was crayons, acrylic, and oil paint.

Digitization and artworks on paper

The forced closures and restrictions imposed by governments due to the outbreak of Covid-19, have transformed the way art is experienced and disseminated as well as the relationship between the different actors of the art world. «To see the glass half full, we can say that Covid-19 has given the art world a push towards digitalization. Everyone tried their best to stay on the market. Digital fairs worked well enough because people needed pleasant distractions», Riva says. Dal Molin is of the same opinion as she acknowledges that digital devices and platforms helped people to remain in touch and provided artists and galleries with some visibility, despite the impossibility of experiencing art in first person.

However, both gallerists are happy about the return to physical events and they recognize the limits of digitization which provides collectors and art enthusiasts with an impersonal relationship to art. Dal Molin focuses her attention on the material features of paper which can be perceived only if observed closely: «Byung-Chul Han alludes to the threads of digitization in his essay, Saving Beauty. Digital devices create a sort of distance between people and works of art, a smoothed relationship without clashes and lacking of intimacy. On the contrary, paper is a physical material, it is real and honest and it requires direct interaction».

Swiss contemporary art fair devoted to artworks on paper born in 2016 in Lugano. After the success of its online edition in 2020, WopArt returned to Lugano’s exposition center from November 19 to 21, 2021 with an exhibition titled, ‘Extra Time’ (ahead of its 6th Edition next September 2022), in an in-person format which welcomed collectors and art lovers.