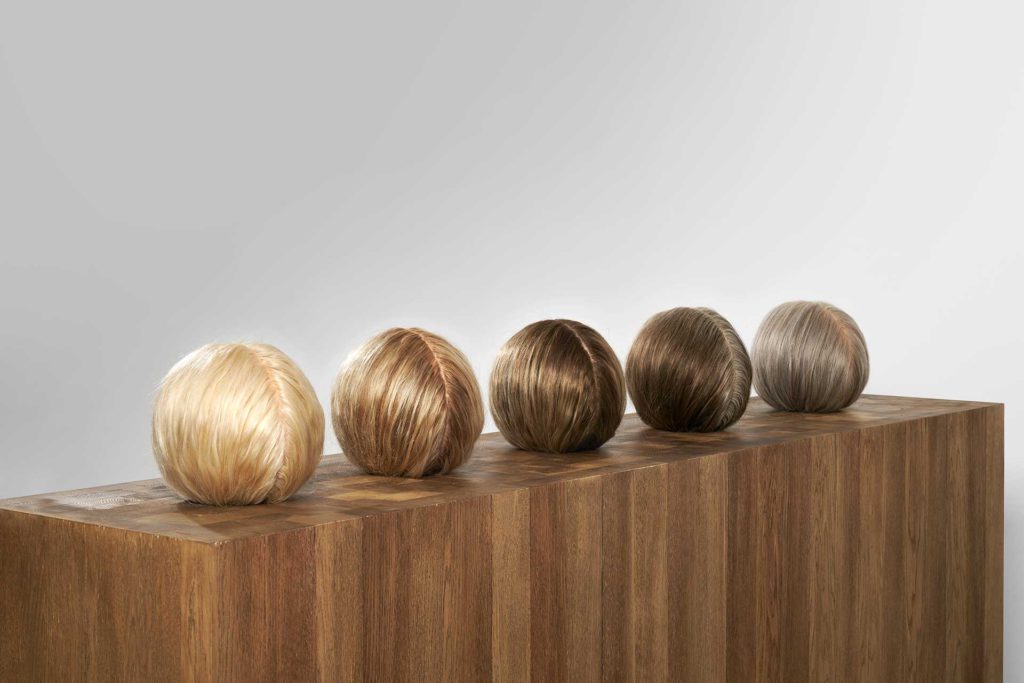 Martin Margiela reflects on existentialism. A street billboard, a projector screen, the mould of one of the Torso sculptures, plastic packaging: the osmotic relationship between art and life

The ready-made: from a common object to a work of art

The ready-made concept was introduced in 1913 to categorise in an artistic context a common object detached from its function and reproposed as a symbol, elevating it to the status of a work of art. Duchamp was the first to use the term, associating it with his Bicycle Wheel, but the real work that gave rise to the technique, later adopted by the Dadaists, was the simply signed Bottle Rack. The evolution of the concept found a place in Man Ray and Francis Picabia who made a combination of objects and materials into works that were alienating to the point of surrealism: tufts of animal mane on a painting, metal nails on an iron, a metronome with an eye.

Critic Thierry De Duve defined four categories necessary for a common object to be defined as art: a material referent, a subject that defines the object as art, a public that can perceive it and an institution that can accommodate the object. In the light of this expression, the objects proposed by Martin Margiela, exhibited in the spaces of Lafayette Anticipations on the occasion of his first solo exhibition, open to the public this winter, are the expression of works of art that make the fashion designer also an artist.

Margiela the artist: transcending the limits

«I have this hypothesis that Martin Margiela has always been an artist», says Rebecca Lamarche-Vadel, curator of the exhibition.  Margiela has been internationally recognised in the world of fashion since the late 1980s, but the principles and operational choices that have distinguished the creation of his clothes are the same as those he transfigures in his artistic productions: the characters of the artist and the fashion designer merge starting from the assumption that what distinguishes Margiela is his attitude towards life and towards the concept of limits. The resulting forms are different, but the obsessions and reflections that animate Margiela are unchanged: his way of inhabiting space and expanding into it with his creations is driven by the principle of movement and change, «constantly inventing new zones for experience by endlessly extending the limits of the work». In a conjunction of art and life, Margiela stages his perception of the world.

One of the most well-known questions in cultural circles is what the function of art is, especially if the work of art is the result of the demystification of the object and it’s not coming from one of the seven inspiring Muses. In Margiela’s artistic research, it’s recognizable as the translation of Marcel Proust’s suggestion to undertake a journey as a quest: «to travel is not to seek new lands, but to have new eyes». «With this exhibition, Martin Margiela invites us to look at the world in a new way», states Rebecca Lamarche-Vadel. The artist’s practice is an exercise in looking: the ordinary, the everyday and the accidental are re-evaluated. The exhibition is an act of welcoming what surrounds us so that an object can be transformed into a sign and art, as Hegel suggested, can be a tool that directs not towards beauty, but towards an ‘aesthetic freedom’. The dominant contemporary values celebrate greatness, luminosity, notoriety: against the tide Margiela cultivates an obsession with «subtle beings, neglected objects, unnoticed places and events». What is not in the limelight takes on new dignity under Margiela’s eyes and what is familiar and obvious becomes an object of investigation and wonder: is it the exaggerated things that sculpt life or is it the discreet whispers that shape our experiences in the world?

Since the end of the 1980s, Margiela’s entire oeuvre has been based on the art of attention. ‘It is about recognizing the performance of the living, its fragments, its passages, the silent power that emerges from the dust, a scar, a void.’

Although Margiela’s visual horizon expands in the observation of the contingent as ‘other than himself’, it contracts in the existentialist investigation of the self as a human being subject to the inescapable conditions of fragility, disappearance and vulnerability. Time is an obsession and death and rebirth are truths and hopes.’ «Nothing is created, nothing is destroyed, everything is transformed»: this is the law that Lavoisier identified in the 18th century from chemical observation and that Margiela extends to all fields of existence. Rebecca Lamarche-Vadel describes the artist’s credo: «The very idea of an end is pure fantasy; incompletion is a fundamental state». Knowing the value of time and mutability, the work as well as the human being is in continuous evolution: the alteration of ageing among all is the most effective demonstration that Margiela translates with his work ‘Vanitas’. The human body is the first canvas to show the signs of time and Margiela probes and analyses it in its details: the maxi-sized red lacquered nails, the lips and its movements are the anatomical details that are investigated with a magnifying glass. «The work Lip Sync is based on images taken from videos of lip reading, a method of communication for the deaf and hard of hearing, Margiela has developed a singular technique: several mouths are tattooed with a laser on silicone plates whose colour is close to that of the skin. They thus appear to be engraved on an epidermis, a territory into which they are inextricably integrated and whose inner activity they attempt to reveal».

In his observation of the human being, Margiela reflects on the nude associated with masculinity. The ‘Torso’ works recall the tradition of classical Greek sculpture, completely overturning it. If the masculine ideal in traditional culture is associated with a καλὸς καὶ ἀγαθός – a perfection that reconciles physical and moral virtue – in Margiela it is shaped on a physical and psychological vision that destroys statuesque composure. The body takes on the form of a mutant, the sculpture is the representation of a multiform and varied being. «The sculptures are attached to their plinths and trimmed to line up with the same dimensions. Traces of wear and tear appear at the bottom of the plinths: the work as a whole suggests the end of an ideal». The human is the imperfect. Margiela does not want to freeze anything in time and his artistic style does not find a fixed place in the line of art history: metamorphoses escape precise rules and inspirations merge between the recent past and the distant past. Each work is the result of an intuition and references range from Caravaggio’s works to a box of coloured hair. Margiela emphasises a democratisation of art, putting every object on an equal footing.

It is in the temporal cyclical nature of things that Margiela’s modus operandi as an artist and a fashion designer is rooted: the use of existing objects. A street billboard, a repurposed projector screen, the mould of one of the Torso sculptures or a test of a work found in the Foundation’s workshop which was meant to be thrown away, find a new destiny in the exhibition. In line with today’s attitude of recycling and reuse versus over consumerism, Margiela’s intuition goes back to his first collections: he was the first designer to introduce recycling into his creations, using army socks, broken crockery, flea market clothes and plastic packaging. «His outfits show signs of wear and tear and his fashion often goes beyond the boundaries of clothing». The poetics of the object trouvé also fits the experience of the shows themselves: unconventional locations such as an abandoned metro station, an SNCF warehouse and a vacant lot are an expression of possibility.

The show of surprise and disappearance

As fashion shows become rituals, the exhibition becomes an experience. The conceptualisation of space makes the show transcending the obvious and celebrating complexity. Breaking with convention, the exhibition is entered through an emergency exit and the works are revealed either at a glance, or by playing hide and seek. A set of curtains conceals some works and other installations remain hidden until activated by a performer.

The use of space and the relationship with objects make the exhibition environment sacred: «a space where silences and secrets are configured, a path with voids and moments where there is nothing to see. Margiela creates a place of wandering where scattered works become characters, clues that appear and disappear as the exhibition progresses».

The visitors’ habits are overturned and as an activator of meaning, the public charges the value of an otherwise unquestionable object with estrangement and suspension. In the silence of the oneiric dimension of the exhibition, a thunderous laughter breaks into the gallery space: a video called ‘Light Test’ is the soundtrack of the path, which, by virtue of the absence of sound, fills the environment, desecrating it and bringing it back to the reality of things. «This exhibition, just as the work of Martin has in the past, celebrates life and existence, in all its glories and defeats».

Margiela’s first solo show hosted at Lafayette Anticipations, Paris. From October the 20th to January the 2nd the space will exhibit over twenty works: installations, sculptures, collages, paintings and films. Internationally renowned in the fashion world since the late 1980s, now Martin Margiela is exploring existence through art investigations.