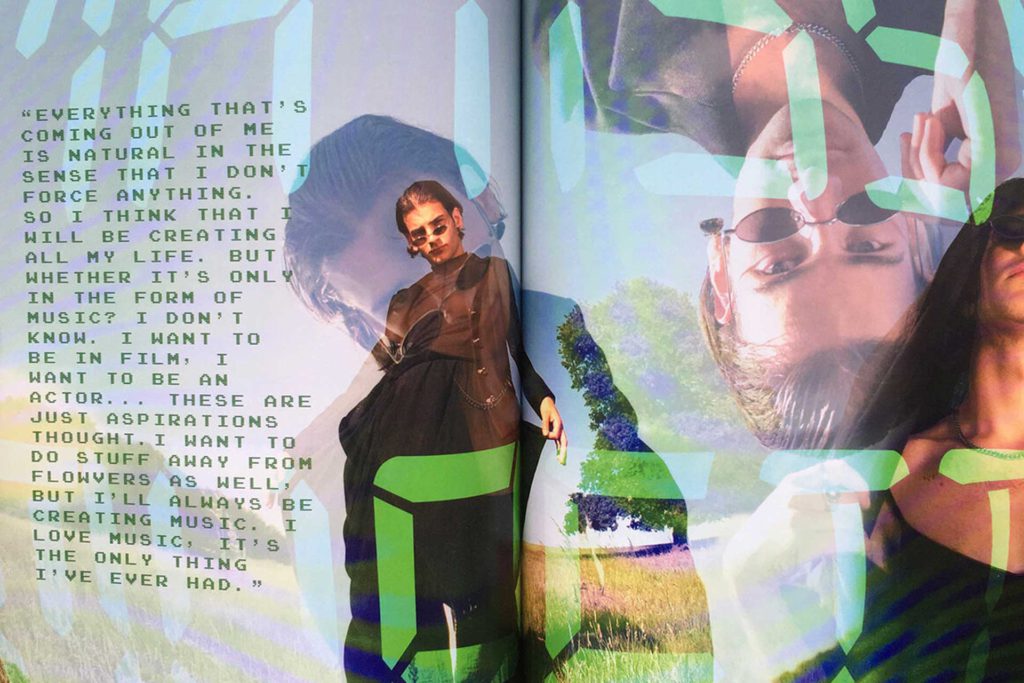 Good Press, Glasgow. The only bookstore in the UK with an open submission policy

«I might appreciate 10% of our stock, but I respect 100% of it. After it has been made, a book, zine or record deserves visibility». In conversation with co-founder Matthew Walkerdine

In Glasgow city center, at 32 St Andrew’s St., is Good Press. The establishment is a volunteer-run bookstore committed to the promotion, production, and sale of independent and self-published printed matter. With a background in product and furniture design, Matthew Walkerdine founded the store in 2011 together with Jessica Higgins. Their aim was to create a physical space where artists, designers, and creatives could freely present their printed work. «In 2011, there was only one bookstore in Glasgow. There were no places promoting the making of books. We, therefore, wanted to fill that gap, showing people it is possible to create books and sell them», Walkerdine explains.

Before launching Good Press, Walkerdine had been self-publishing books, from skateboarding zines he produced as a teenager to those dedicated to the visual arts he made at Museums Press, the independent publisher he ran with Higgins in Manchester from 2009. «At the time, we were collaborating with a comic shop called Good Grief! We merged the two names and came up with Good Press, which we launched in 2011 after moving to Glasgow».

The store started out as a temporary project in 2011. It was based inside Mono, a cafè-restaurant with a record shop in 12 Kings Court. Walkerdine designed their promotional materials in return for the use of an unused area of Mono, receiving in turn the possibility of using it for three-months. «The experiment turned out well. People were going to Mono for a coffee and stopped by the store to see our books and participate in our events. We ended up running Good Press there for three years».

In 2014, Walkerdine moved the store around the corner, in a small space at 5 St. Margaret’s Place, where Good Press operated for five years. As the stock grew over time, the store moved to its present location. «Tommy, an anarchist printer who was retiring, gifted us with a risograph printer. Yet, we had no way to accommodate it at St Margaret’s. We needed space and, therefore, moved to our present location, which is five times bigger».

Good Press is based in an accessible, central area of the city, surrounded by art galleries and creative enterprises. As one enters the store, he/she finds photography books on the left side. They are followed by visual books and writing, with poetry and music books on the other side. In terms of furniture, Walkerdine did not want anything bespoke. «We opted for industrial furniture to which you could add layers and pieces. Books are displayed on bright blue metal shelves. While, the floor is pink. Further, we have boxes for magazines and zines. There are plants everywhere as well as paintings on the walls», Walkerdine points out.

When asked about the concept behind Good Press, Walkerdine responds that «Our vision is no vision». Good Press is the only bookstore in the UK operating an open submission policy. Anybody with a self-published book in their hands can submit it to the store. Good Press receives about thirty hard-copy submissions per month from the world over, including Europe, the US, Russia, and Japan. Last week, they received their first submission from the Emirates.

«We do not operate a curatorial selection. Curating a selection means imposing our views on others, which goes against our mission. We accept and put for sale any printed matter we receive, as long as it is not harmful or discriminatory to others». There are only two restrictions in fact: Good Press does not stock magazines with ads and avoids selling mainstream publications.

At Good Press, one can find thousands of publications on art, design, architecture, cinema, illustration, music, photography, writing, as well as artist’s books, zines, records, and apparel. Over the years, the store has stocked and sold thousands of titles. A number of them could only be found there across the whole of the UK. «I might appreciate ten percent of our stock, but I respect one-hundred percent of it. After it has been made, a book, zine or record deserves visibility». This is reflected by Good Press social media policy. Each publication is, in fact, treated the same, with each one featured in an Instagram post.

After a few years from its inception, Good Press has added to the body of stock some titles which they seek through distributors, including Glasgow/London-based SPAM zine & Press. They determine what to order considering currents of interest. «When we opened, visual arts publications were popular. Later came text-based printed matter, while books on design and music are the most sought after at the moment».

Free Jazz Communism, a 168-pages book actualizing Archie Shepp–Bill Dixon Quartet at the 8th World Festival of Youth and Students in Helsinki 1962, published by Rab-Rab Press, has received interest from Good Press’ clients, as did Faux Pas by Amy Sillman, published by After 8 Books. According to Walkerdine, poetry is also getting a lot of attention. Among the store’s latest additions are Close River by Alexa Winik, Imperative Utopia by Saskia McCracken, Knotted by Emily Uduwana, and Room to Swing a Cat by Ruthie Kennedy.

The non-profit status of the store is key. It, in fact, allows it to escape the mechanisms of capitalism, corporate pressure and the pursuit of profit. Good Press does not rely upon grants nor private or public funds, but lives off its sales. Sixty-five percent of each sale goes to the artist or maker, while thirty-five percent goes to fund the space, its rent, bills, and maintenance.

The bookstore team works on a volunteer basis. In addition to Walkerdine and Higgins, it also includes Manuel Rodriguez Ferandez, and painter Nick Lynch. «The four of us have other jobs. Good Press is the place where we create a community, where we gather, talk and think about books. The lack of a hierarchy defining relationships between us allows the store to be a social space against all forms of racism, homophobia, transphobia, sexism, ableism as well as classism».

Good Press also supports external causes. When making a purchase in store or online, in fact, you can consider adding a designed artist bookmark for 2.50£, which will fund a specific community. Chris Harnan is raising funds for Refuweegee, Sally Hackett for Positive Action in Housing, and Rae-Yen Song for Maryhill Integration Network. Last October, the proceeds of Jamie Crewe’s bookmark funded the Disaster Relief for Lebanese Transgender Community. In 2020, the store has supported the Black Lives Matter protests, the Phone top ups For Asylum Seekers & Refugee in Covid-19 lockdown, Trussell Trust Foodbanks, the SWARM hardship fund for sex workers in crisis, Women’s Aid and SAY Women & Unity Centre Glasgow.

Good Press shares its home with Sunday’s Print Service & Open Access Studio, which specializes in Risograph printing and publication production. The two work side by side to encourage the production of printed matter by offering a Risograph and laser printing service for making books, posters, flyers, leaflets, menus, invitations, and cards, cut down to any size below A3.

The studio offers binding options, including saddle stitching, coil and paperback binding, with hot foil and DIY thermography to add touches to print jobs. Further, the print room offers a commercial printing service as well as an open-access members studio providing accessible and affordable facilities for realizing self-published print projects. «We are looking forward to next month. We are eager to work with Sunday’s Print Studio on new printing projects during Glasgow International, a contemporary visual art festival running from the eleventh to the twenty-seventh of June».

Good Press and Sunday’s Print Service are about to merge into a single entity. The creation of a workers’ cooperative, in fact, is in the process. «I am tired of being someone’s boss», Walkerdine says, «I cannot wait for when we will all boss each other».

Good Press hosts events, including book launches, performances, screenings as well as reading groups with publishing at their heart. As with stocking books, this is on an open submission basis. «We have the privilege of space, and it is our pleasure to share it with the community, free of charge. Anybody can come to us and use the space for organizing an event, which does not have to be related to the bookstore».

32 St Andrew’s St. also houses Lunchtime Gallery, a non-profit space managed by Caitlin Merrett King dedicated to the promotion of emerging artists. The gallery sells artworks, with one-hundred percent of proceedings going into the artists’ pockets. Further, exhibitions are related to the bookshop’s activities, as in the case of the ongoing show of Glasgow-based artist Jessie Whiteley, whose Short Comics, Exact Science and If I Could Only Remember My Name are available at Good Press. «It’s our tenth birthday in October», Walkerdine concludes, «we will, therefore, organize a gathering that will be a celebration of books».

32 St. Andrews St, Glasgow G1 5PD, United Kingdom
Good Press is a bookshop and art space based in Glasgow, Scotland specialising in self and independently produced publications and projects.