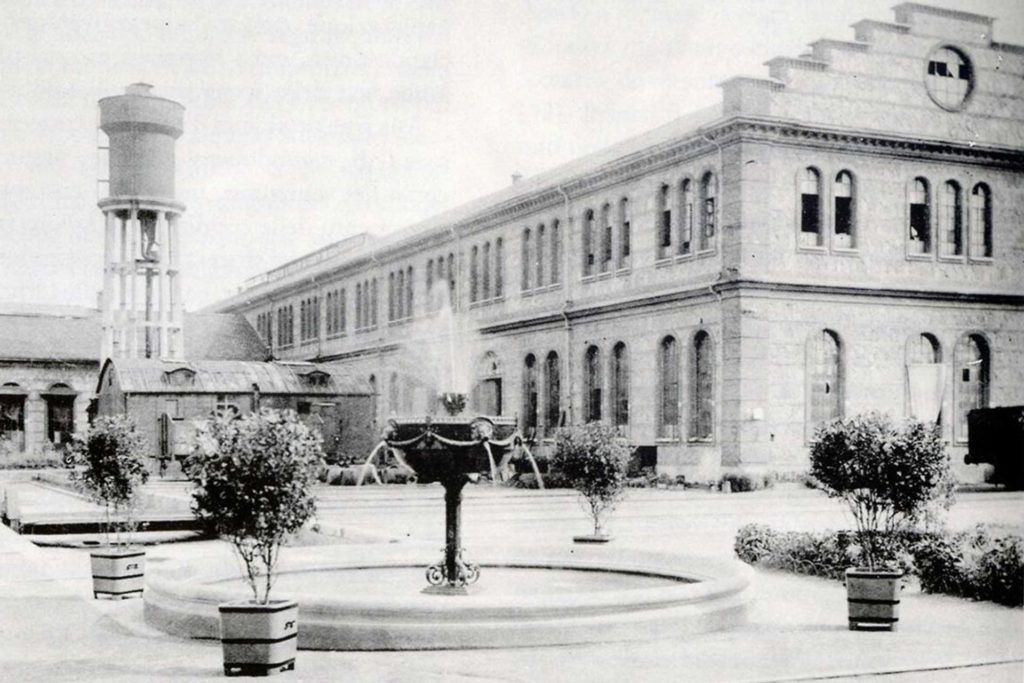 High-tech solutions, environmental sustainability, preservation of the historical value, flexibility of spaces, accessibility for all: these are the principles of the renovation and recovery of OGR

The first and second life of OGR, Turin

Some places have a second life, the OGR, Turin – Officine Grandi Riparazioni have three. The Officine are an industrial complex built in the late nineteenth century as a place for the maintenance of locomotives and railway wagons: this was its first life. After its closure in the early 1990s, the site was abandoned for years and was destined for demolition. In 2013, the Fondazione Cassa di Risparmio di Torino bought the building to transform it into a large exhibition space and prevent it from being demolished: this was its second life. The nineteenth-century industrial architecture in bricks with trusses and iron pillars was fully renovated and inaugurated in 2017. The structure has an H-shaped plan, which extends for about 20 thousand square meters and has a height of over sixteen meters. «For exhibitors at OGR, Turin it is a challenge to adapt their work in such a wide and far-off dimension of the classic museum», explains Paola Mungo, OGR Communication Manager. «For us, this is the opportunity to work on site-specific projects, which arise every time in response to the place, its history, its conformation, its possibilities and its limits». The aim of the CRT Foundation was to create a centre of innovation and experimentation in the artistic and technological field.

Following this mission, in June 2019, the OGR Tech was inaugurated, a hub dedicated to technology focused on artificial intelligence and block chain. A 200-metre boulevard defines the central nave of the OGR Tech, illuminated by the windows of the roof. On the sides, there are two aisles with some meeting rooms and open space offices on two floors with five hundred workstations. At the Officine, not only start-ups, but also national and international companies, investors and the Politecnico di Torino collaborate. The space dedicated to technology completes the project of the new OGR, which includes the Taste area, dedicated to food and catering, and the Cult area, where art exhibitions, concerts and live shows take place.

Multidisciplinary and the hybridization of languages: OGR Cult

The fusion of visual and performing arts is one of the main characteristics of the evolution of museums and cultural sites, in recent years. OGR Cult follows this inclination by looking at those institutions that have worked on multidisciplinary and the hybridization of languages. Paola Mungo gives some examples: «I can mention the Barbican Center in London, a complex that hosts concerts of classical and contemporary music, theatrical performances, exhibitions and cinemas, or the Tramway in Glasgow, a centre of visual and performing arts based in a former tram depot». In 2019, four exhibitions were hosted at the Officine, all designed for the OGR spaces. In Concert, a solo exhibition by the artist and composer Ari Benjamin Meyers; Carousel an installation and performance conceived by the Argentine-born English artist Pablo Bronstein; ‘History as Landscape’ by the Brazilian photographer Mauro Restiffe and the exhibition by Monica Bonvicini ‘As walls keep shifting’. Under the steel trusses of the OGR were also hosted concerts, such as the American alternative-rock band Pixies and the British singer-songwriter Tom Walker.

The third life of OGR, Turin

The current situation of OGR is different from what other Italian cultural institutions were living. Due to the Covid-19 emergency, a hospital that could accommodate up to one hundred patients in sub intensive care had been set up: this was the third life of the Officine. «It was a response to the desire of realising open spaces available to the community, but, as you can imagine, this slowed down the times of reopening» says Mungo.

High-tech solutions, environmental sustainability, preservation of the historical value, flexibility of spaces, accessibility for all, are the inspiring principles of the  renovation and recovery of the OGR: from former train repair workshops to new workshops of contemporary culture, innovation and business acceleration.