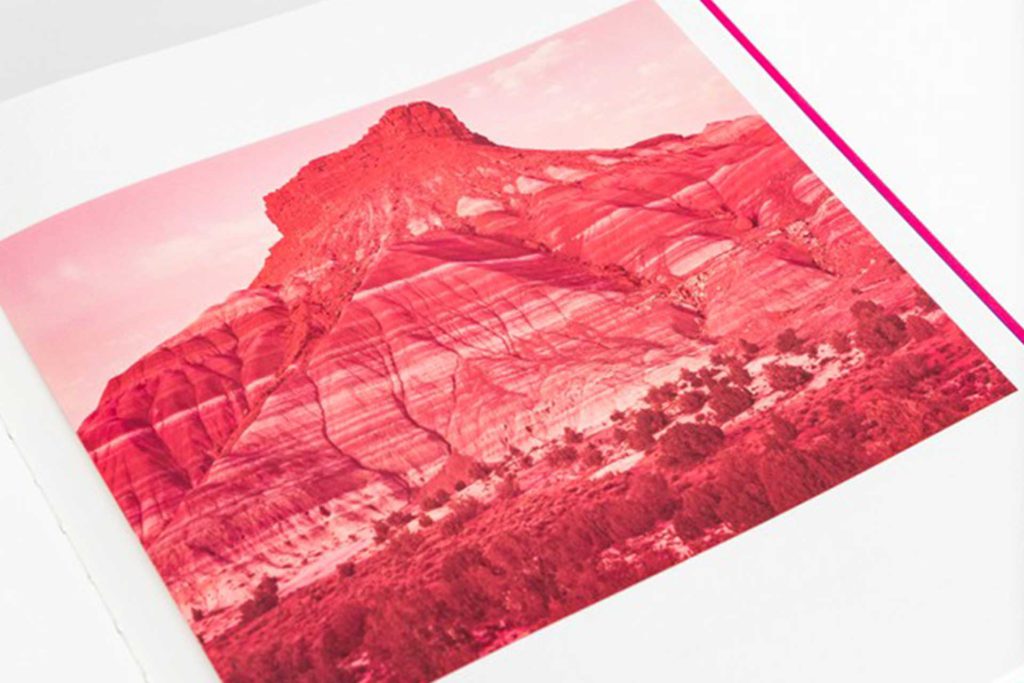 «Since the formation, we have donated a total of seventy-five thousand volumes of art-related books published under Radius Books to schools and libraries across fifty states»

Having a multifarious grasp in the field of the arts, residing under an umbrella of roles, and managing a publishing house are tasks David Chickey has upheld prior to founding Radius Books. Located in Santa Fe and founded in September of 2007, Chickey has since held a kaleidoscopic life in the arts which has then led him to a career in publishing, an occupation he shares to be one that he did not foresee. A Tennessee native, Chickey pursued his tertiary education in art history and painting. Upon the completion of his time in his undergraduate studies, he went on to Sussex University where he furthered his studies in the field of art history. Chickey elucidates that at the cessation of his education, he acquired a position as Sotheby’s in London, a renowned broker of fine art, collectibles, and jewelry. Through this position, Chickey was given the opportunity to traverse across locations finding himself in roles at museums and galleries. He shares, «In my late twenties, I was headed towards inaugurating an art gallery of my own. It was familiarity that led me to initiating it but as I was at the precipice of signing the lease to the lot, I knew within me that this was not my path to take in this life».

Diverting away from his art-centered career, Chickey paved his way into the publishing industry through design work, assisting artists and publishers in crafting book covers for art related literature. «My ardor for books and publishing, amalgamated with the essence of art, led to the ideated structures of Radius Books. My vision in formatting a publishing house as such was not to turn over a profit but rather show the artists and their work to the forefront while inculcating the desire to educate the masses in the various available artforms through printed materials». Chickey’s and Radius Books’ intention to work with the ‘artist-first’ business model was prompted by design decisions and compromises that were frequent in a ‘for-profit’ model that were run by renown publishing houses. He states that the ‘for-profit’ model dims the end message given through by the artist and what they intend on speaking through to their desired audience. Radius Books’ ethos to ensure an artist’s work and intention in constructing such works in printed format is represented through what the publishing house is able to provide for them – autonomy and a voice. As such, Radius Books has since published a total of one hundred and sixty books, representing a chain of artists in the art forms of photography, fine arts, and monography.

Located on the first floor of a building once utilized as doctor’s offices, Radius Books has persisted in ensuring the continuous representation and education of art through printed books, formatting its journey to the general public in a secular and inclusive manner. When asked in regard to the name of the publishing house, Chickey remembers the period of discussions with his team. «When we were seeking out a name that could encapsulate the identity of Radius Books, it took the team the span of six months. We perused the dictionary in search of a name that did not share a shade of resemblance to brands and businesses in the locale or on a global scale». When Chickey and his peers came across the word ‘Radius’, they were enamored by the meaning and the reference it held – a straight line from the center of a circle to its circumference – a mirror to the all-encompassing structure of Radius Book’s vision. The name was chosen has garnered a synonymity in the local art community over the time.

The internal identity of the store was designed by Chickey’s husband, architect Trey Jordan. Spanning across seventy feet in length and forty feet in width in a north-facing angle, the interior design has been structured in a gallery like manner to showcase the covers of the books as pieces of artwork.

With the initial idea of locating Radius Books in a city like New York, Chickey instead strayed away from a known city as such and to plant roots within a community. «I have witnessed cities in The States lose its sense of identity over the years. The same cannot be said about Santa Fe. That was the driving factor to locate Radius Books in Santa Fe, to work with the locals and having an opportunity to find an internal voice that I wished for would not have been possible in a renowned city. The challenge of having to establish ourselves in a current of noise and contemporaries was not what we intended to have Radius Books do». Overseeing these individuals are a board of directors who come from varied positions and careers, but all sharing an assiduousness for the arts and the publishing house aim.

When asked on the ethos and philosophies of Radius Books, Chickey states that the publishing house works on the principle of two halves of the same whole. While their intention remains in ensuring the representation of artists and creators in the field of the arts, Chickey states that the publishing house is managed as a non-profit organization, to disseminate the education of the arts to schools and public libraries across the fifty states in the United States of America. He shares, «Since the formation of Radius Books, we have donated and supplied a total of seventy-five thousand volumes of art-related books that have been published under Radius Books to schools and libraries across the country. Our reasoning to do this was motivated by the unequal footing to which the education on art as a subject matter has been structured within society». Having taken a span of two and a half years from Radius Books foundation, Chickey and his team worked to acquire the licensing to carry forth the business as a non-profit. This process  was brought forth through Chickey’s time as a gallerist and museum curator and attending publishing conferences with his peers in the industry. He shares, «The idea to inaugurate the business as a non-profit was from my days of being attached to galleries and museums – where to ensure the longevity of the exhibitions and to allow it to take place, donations were hosted by parties or individuals. We went forth with this mindset as we felt best that the books, of multifarious artforms, be expressed as pieces of art». Chickey adds that through this, he foresaw Radius could spread art through printed works and books. Though the exhibition mindset falls short due to the inability to showcase an artist’s works on a scale, the intention is to give the opportunity to a net of consumers to understand and learn the matters in the arts in art publishing.

When queried on the founding members of Radius Books, the publisher explains that Radius Books does not exist in a formatted structure of a typical business. As such, the publishing house is not owned by a singular individual but rather manned by a collective group. Chickey shares that his role as the publisher and creative director includes overseeing and designing books and ensuring that the works created under the helm of Chickey, and Radius are put forth accordingly.  Assisting Chickey are four other individuals in their respective field of expertise. Megan Mulry, in charge of the Communications and Development of Radius Books – manages the organization and external bodies that include artists, writers, printers, donors and so forth. Alongside Mulry is Chelsea Weathers who maintains the position of Managing Editor within Radius Books. Weathers’ role ranges from copy editing, conceptualization of the art books, choosing writers to work with and the arrangement of contracts with the involved parties. Mat Patalano is the fourth member of staff within Radius Books in Design and Production, where he manages the design aesthetics, visual identity, and the branding of Radius Books alongside Chickey and the team members. The last member of the staff, which Chickey adds is a recent addition to the Radius Books team, is María Luisa Minjares in charge of Fulfilment and Engagement. Chickey shares, «Minjares manages the donation programs that we are affiliated with. Radius Books, as a non-profit organization, donates every book that we publish to libraries and schools across fifty states in the United States. She oversees this and our social and sales platforms, assisting buyers of our books». While all members of staff in Radius Books have designated roles, each of their tasks overlap. This allows the five members of the publishing house to share and distribute the workload in an even manner to ensure the outcome is of quality.

More than a publishing house

Having hosted their ‘Artist Weekend’ each year leading up to COVID-19, Radius Books has acted as a connection between artists and creators alike. Bridging together their published artists amongst themselves and those within the locale, Radius Books diminishes the gap between the community of creators and those who are interested in immersing themselves into the field. Having been unable to formalize an event in 2020 due to the pandemic, Chickey and his team members have since hosted a leaned ‘Artist Weekend’ of 150 artists as compared to their usual 300 attendees from the art community. Abiding to the city’s environmental guidelines, Radius Books works to ensure that their waste is recycled in an appropriate manner. Radius Books’ stance in strengthening their social sustainability is realized through their ‘Donation Day’ program which sees to segment and ship out three hundred copies of new titles published under the Radius Books brand to libraries, community centers and art organizations across the country. In the upcoming months, Radius Books looks to further collaborate with creators of sorts and ensure their efforts in communities to cultivate the art remains for years to come.

Founded in 2007, Radius Books is a non-profit organization that has, in extensive length, worked to encourage the growth of artists and the teaching of the arts in the Santa Fe and New Mexico area. Having hosted donation programs, Radius Books has since donated a total of seventy-five thousand books across schools and libraries in the fifty states of The United States of America.