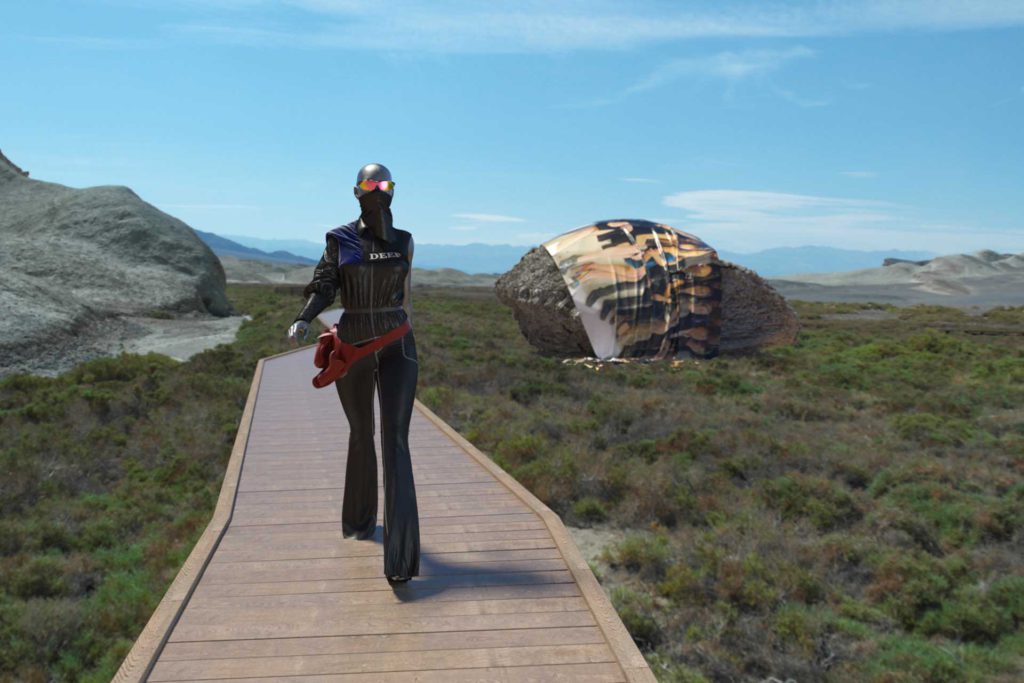 Retailers, key players in the fashion supply chain, explain within the Neonyt’s sessions the effects of Corona on international fashion production

The research of the flaws in the system that Covid-19 pandemic has exposed, starts with the experience with retailers and cannot be described with adjectives such as flexibility and agility as explains Mariska Schennink, of Euretco Fashion, who works with independent multi brand fashion retailers.

Schennink highlights how the closure of factories during the Covid period generated a difference in the income of the salaries or their annulment. Being addicted to globalization and globalized supply chains was another of the problems, says Carina Porot of MCM Worldwide. With the difficulty of receiving goods, there was also the question of whether it was necessary to start producing in a more independent and local way.

Andreas Bothe of Bay City Textilhandels GmbH, pointed out that the company has been able to keep up the pace of business thanks to customers who have continued to place orders, so their production in Bangladesh has continued while many factories have been shut down. His company, finding the others unprepared, decided to protect itself and its employees with aid projects to prevent the internal spread of Covid by increasing hygiene standards.

Christopher Veit of Veit GmbH, reflects on the fact that the highlighted problems were already there before the advent of the pandemic. Afghan refugees working daily in the factories, the lack of digitalization and fast supply chain, the distance between the corporate headquarters brand side and the actual production were already in place, they were just made more severe and accelerated by circumstances.

Changes and improvements, the supply chain point of view

A key aspect seems to be the awareness of having a certain type of responsibility with respect to the production of clothing, the damage it has caused and the errors in the system manifested during the period of the pandemic. This does not mean that it has turned into immediate action, but it does allow for an understanding, among the stakeholders, of the level of morality with respect to which everyone operates.

Veit notes the ability to revert to the digital version of every task, from design to product lifecycle. Reducing the impact of work on the environment also came from creating small, local teams that would work on various tasks instead of traveling abroad to do processes like sampling. The idea of bringing manufacturing back to the local level may be a consequence of understanding how the regional lockdowns during the crisis affected, in the less developed countries, the factories closure.

On the other side companies such as MCM Worldwide, that started at the end of 2019, have been helped not only by the growing interest and demand of customers, but also by the pandemic advent that accelerated their operations. The level of commitment in achieving certain goals has been pushed by that, speaking about the fashion industry.

Porot retells that «the demand for sustainable cotton increased during the pandemic» as an example, «and customer now demand for it; it is impossible to change everything at a fast pace within the company, because this change does not happen within a couple of months, processes and suppliers at different levels of the chain needs to be redefined. The period has brought more commitment than before».

The advent of Covid and the closures produced a paralysis of the supply chain and the possibility of supply dropped, but demand in secondary markets such as clothing also decreased, considering a change in daily habits and in the definition of priorities. Given the revival of locality, it is necessary to ask whether this can be considered an answer to the various problems outlined above and how sustainable this choice is. Porot poses the question from the consumer’s point of view and their willingness, in the future, to pay a higher price for clothing; talking about manufacturing in countries like Switzerland and Germany.

Local production is rewarded for eliminating the transportation of the goods and the decreasing value of carbon emission, without the need of shipping items all around the world, and the creation of remuneration for smaller realities stimulating local economy. On the other side it can take away work for the ones who are now involved in the clothing production in less developed countries. Schennink goes straight to the point affirming that it can represent a challenge, producing in a shorter time schedule clothing of higher quality.

In this way the retailer job could become more agile even in the prediction of orders and only what needed is going to be produced. According to Bothe the clothes are already created with care abroad, what is missing is the value given to the garment according to the present business model. The distance of the production based in remote places does not permit one to understand the working level and the indecent conditions under which workers operate; local production can enhance consciousness on this side. Other pros of local production have been highlighted by Veit: the faster access to production and the possibility of customization creating a direct dialogue and storytelling with the clients.

Lampoon reporting: conclusions to be drawn to promote evolution in the production process

Digital sampling and local production are the major improvements forced by the pandemic advent, considering the impossibility of movement of workers in the different sectors. These two have also forced a high level of innovation if the technological side has to be considered: the connections all over the world have been permitted by video calls and meeting, capable of bringing together different parts of the firm, even when delocalized, and the digital rendering of samples has been instrumental in carrying out this process remotely.

It is a matter of changing the behaviors and the mindset inside a sector that has been the same in the process of production for many years now, and it will take time to make this change since revolutions are always done by questioning different steps. It can be said that the pandemic favored a change, but it was, and it is still a moment of learning for adapting to the request of the world and of the environment.

Local production will not be a massive production comparable to what can be done in Bangladesh or in India, because even the technological development cannot be compared to hundreds of human hands, rediscovering the clothing value can be the starting point for the encounter of these two worlds that can ethically coexist.

A series of conferences organized by Neonyt, committed in creating a transformation process inside the textile and fashion industries. The conferences are based on three fundamental drivers capable of affecting changes in the sectors: technology, sustainability and innovation.