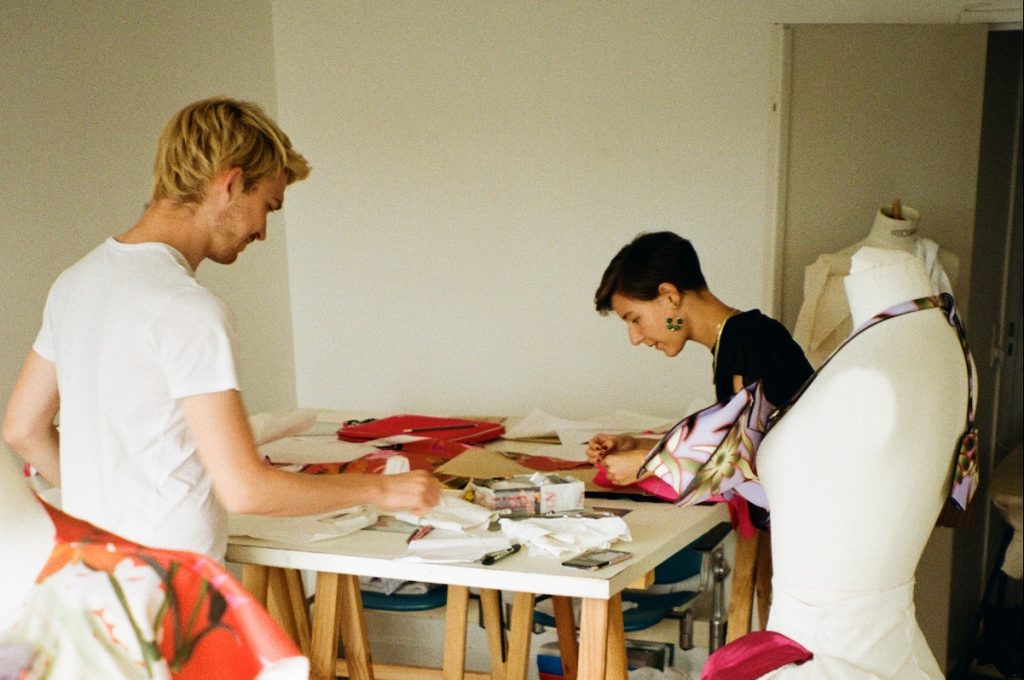 Alphonse Maitrepierre: fragments of absurdity, the obscurity of the modern world

World in Progress, a project developed on the balance between the spirit of past years and his apparition for the future, a narration in response to the uncertainty of our times. The duo Manon Engel and Alma de Ricou, founders of Studio L’Etiquette, foster projects on the exploration of moving images, have directed and shot a photo series displaying Maitrepierre’s vision of his collection inspired by the works of the French artists Jean Paul Goude and Serge Lutens. Purple and red tones lurk from the backdrop of a universe built upon the idea of a visual collage, a patchwork of undetermined and unfinished elements «It is a world existing between anxiety and beauty, reflecting on the state in which we live», says the young designer.

Maitrepierre launched his label in 2018 playing with an aesthetic which blends trends, ages and subcultures «I want to create characters that tell stories». The collection conveys the designer’s haute couture roots suited to today’s awareness of the world, showing his understanding of clothes from an archivist and historical point of view «The shades and configurations of the wires amongst the models depict the obscure society of today». World in Progress, was imagined during the period of rest that was experienced for two months in 2020. Linking the scarcity that followed the 1929 crisis and based on the idea of a touch of absurdity we are experiencing, the campaign is a reinterpretation of the current state of the pandemic, combining ready-to-wear and haute couture. Challenging his creativity, Alphone Maitrepierre displays a project based on the creation and renewal of materials. All the garments belonging to the collection are tools symbolizing the struggles of today, made from recycled materials, bedsheets, plastic bags and miscellaneous objects, which let the brand innovate techniques without impacting the environment.

Lampoon review: Alphonse Maitrepierre’s creation of fragments of an environment

It is in confrontation with the activist Hannah Hoch that the designer created fragments of an environment, giving birth to a woman from the near future, a character symbolizing beauty that has found the solution to the ambiguousness the world is living today. Plastic flowers were cut inside plastic trash bags collected and then pressed directly on fabric to create a print embroidered cloth: «We realized that the plastic could melt in the press and become a flocking, that’s why we decided to cut flower shapes to be first degree on the theme of couture keeping our DNA on the execution» explains the designer. From architectural outlines to structural garments, Maitrepierre identifies ‘volume’ as the start of everything, imagining during the first steps of any conception process the shapes and lines his characters will take «I see fashion as a real form of artistic expression and I often see my model as sculptures», explains the designer. «The people I imagine are not fixed, but with a little je ne sais quoi, this is what I believe we want to see with the crisis we are living through».

The use of deadstock fabrics for Maitrepierre

Ethical practices are revealed through the use of deadstock fabrics and the localization of the manufacturing process: each piece is made in his studio in Paris by skilled craftsmen who develop Maitrepierre’s designs relying on artisanal crafts and expertise. The collection includes leather accessories handmade in Florence as the result of working with generations of artists and designers that teach each other on the project. «As we worked with leather, we put existing pieces into coats or jackets. The problem is that often the patterns were too large and did not fit into the yokes», explains Maitrepierre. The jewelry is designed and crafted in collaboration with French artists in reference with the futuristic inspiration of the campaign together with elements projecting the 1930’s spirit. Each collaboration is the outcome of a flow of ideas echoing Maitrepierre aesthetic, leading to a balance that helps the designer to go further in his logic on the project. Collaborating with Alice Watier for the manufacturing of his bags and leather pieces, Sebastien Saraiva for the mesh-works, illustrator Sara Vercheval for the graphics, Emile de Gorce Dumas, who lends her expertise in ceramic jewelry and designer Samudra Hartanto for the follow-up of his collections.

The collaboration with Studio L’Etiquette on the look book demonstrates the idea of the construction, viewed through a lense, the way that everything has movement and can be matched.  Alma and Manon’s awareness of contemporary visual culture reflects Maitrepierre’s aim and philosophy: «Do not have a negative impact. For me, it is being able to create as before by thinking of tomorrow; it is forcing oneself to innovate».

Alphonse Maitrepierre is a 23-year-old fashion designer, living and working in Paris. He graduated from architecture and visual arts school, La Cambre. 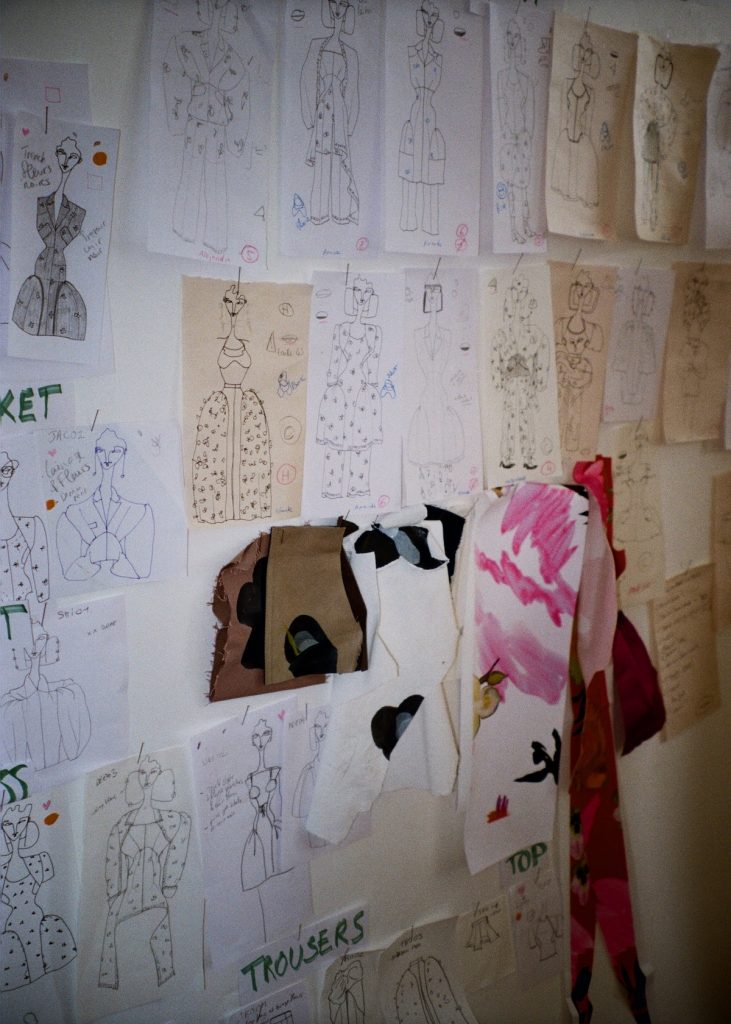 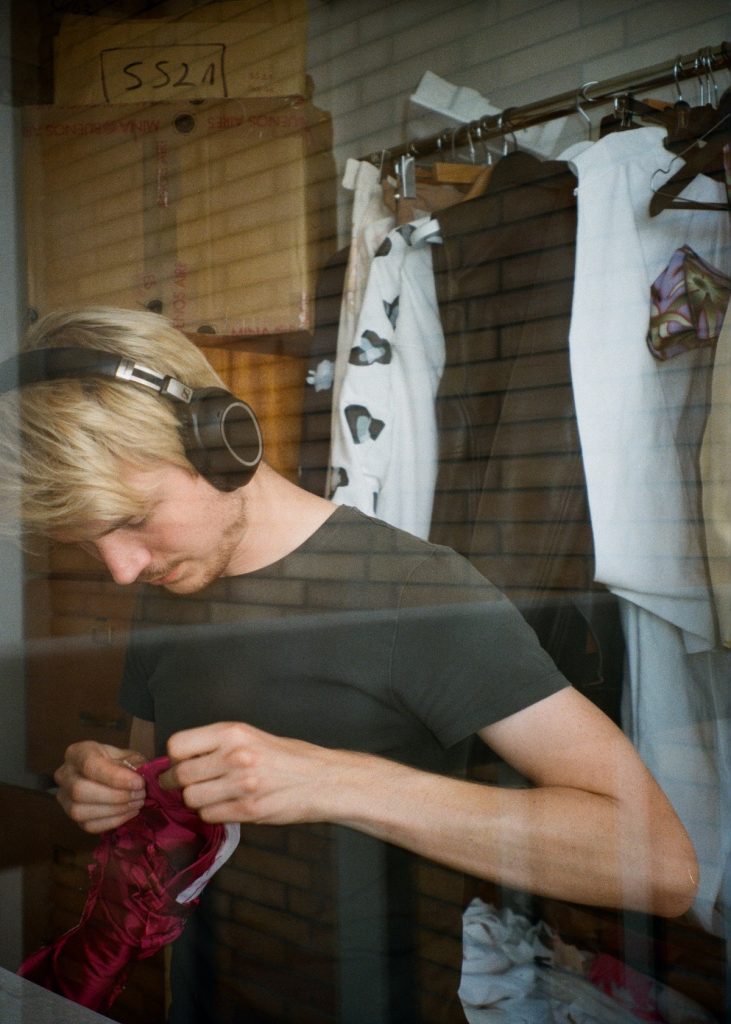 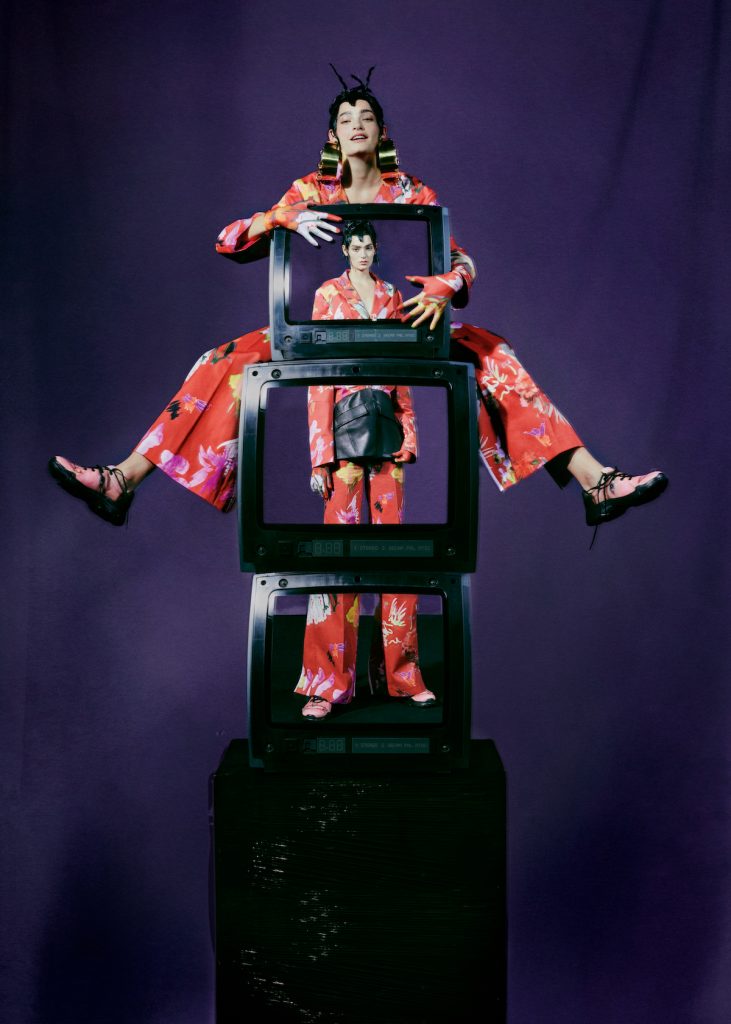 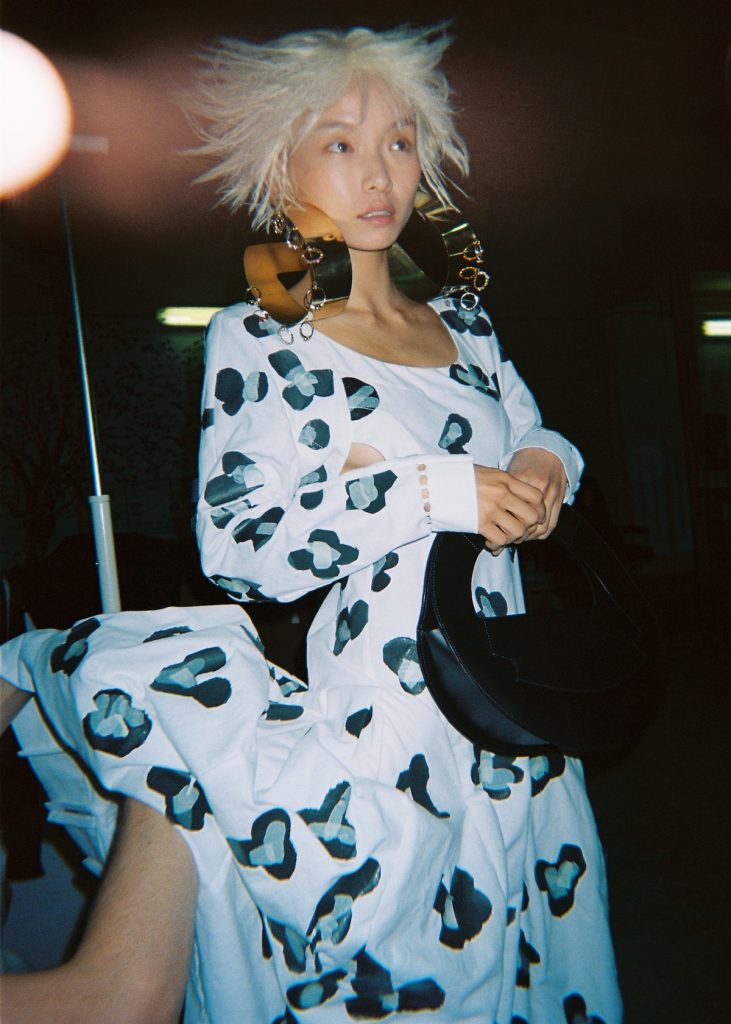 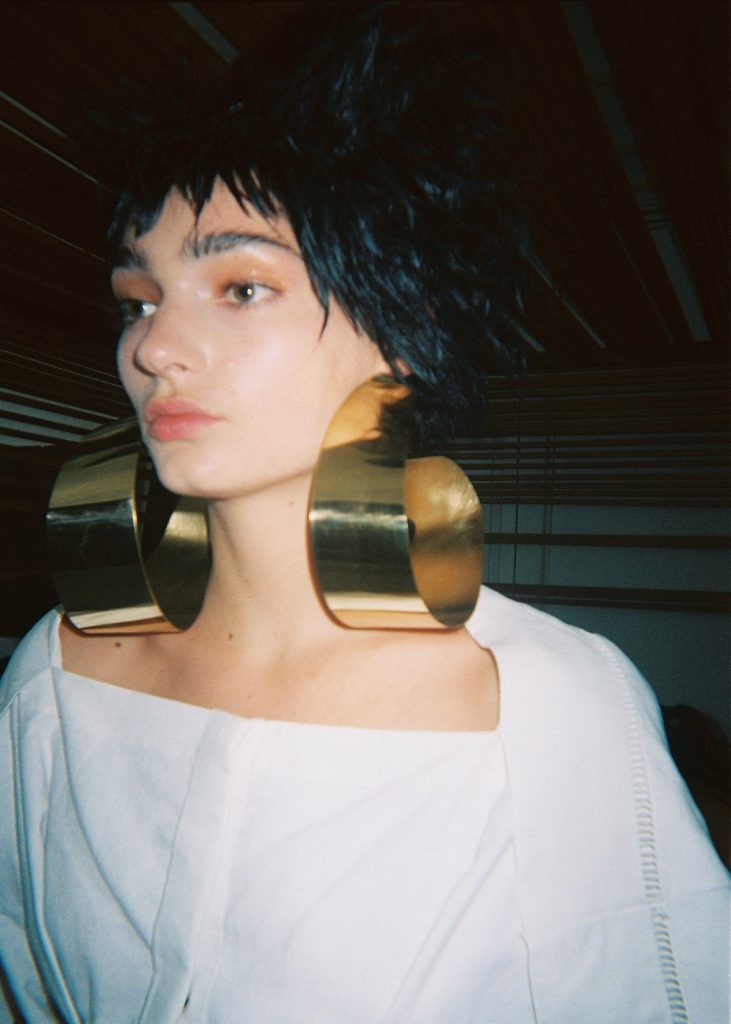