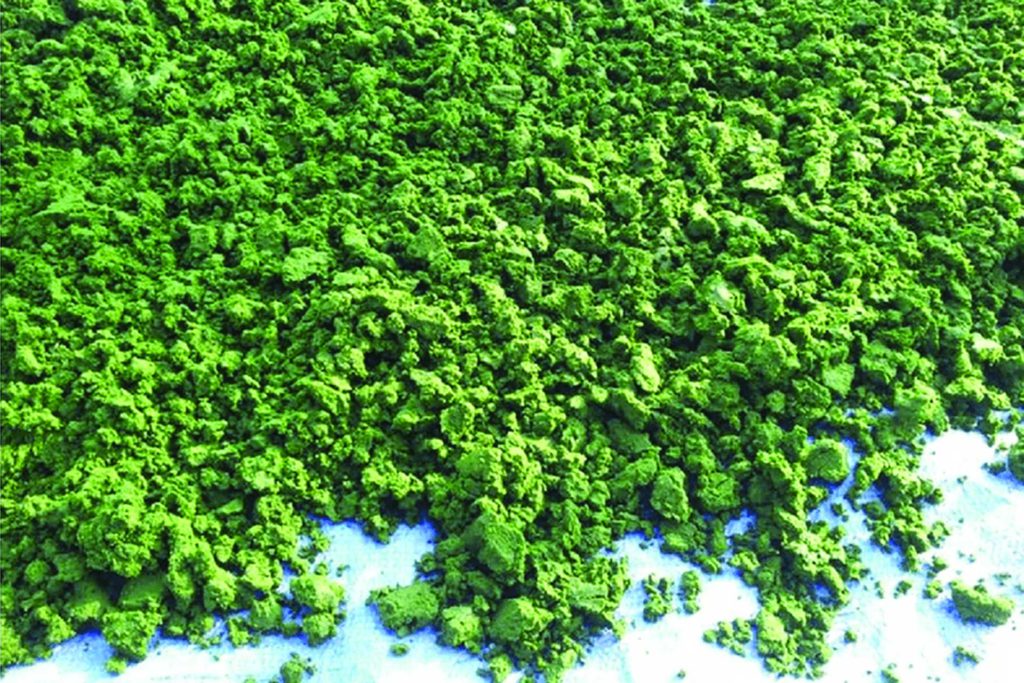 The zero environmental impact of microalgae bioplastic: advantages and risks

While some designers are trying the combination of PLA bioplastic with cotton, others produce new raw materials based on PHA and are dedicated to the creation of new bio-textiles. These alternatives to petroleum based textiles represent a further innovative idea to using recycled plastic material, which cannot be listed as a sustainable solution: if on one hand carries out the re-use of the disposed material, on the other adds up to the problem of microplastics releasing during washing and massive energy and water utilization. According to recent studies conducted on the matter, products with similar performance characteristics as recycled plastic can be obtained using biological feedstocks instead of fossil-based sources, in particular, bioplastic production from microalgae is a new opportunity to be explored and further improved. The biomass from microalgae is a potentially better biomass source for bioplastic production since it does not compete with food sources, has the ability to grow on waste resources, and can achieve high lipid accumulation. The material can decompose in nature taking from three to six months, compared to the hundreds of years regular plastic requires. Then, while decomposing, bioplastic releases an amount of carbon equal to the amount absorbed by the organic material it was made from, so the overall impact on the environment is close to zero, but only if it’s taken care properly. If bioplastics end up deprived of oxygen, the substance could produce methane as it breaks down, a far more formidable greenhouse gas than CO2. Although these initiatives are targeted as promising and forward thinking, they will take some adjustments before hitting the global market.

Algaes: some advantages in the production of biopolymers

The fact that there is a higher demand for the production of biopolymers from algae comes from the increasing worldwide attention that algae is raising. Algae can substitute for up to fifty percent of polymer allowing the high protein content to add the beneficial polymer properties. It can also enhance the biodegradability rate when added to polylactic acid and polybutylene adipate terephthalate. The most attractive method for researchers at the moment include a combination of sedimentation and separation processes. The algae harvest using a separator or centrifuge offers the possibility of continuous operation and, in comparison to sedimentation or flotation, the use of high throughput quantities. The major drawback is the energy costs associated with this process: among the other possibilities, associating sedimentation with separation – which increases the efficiency of the harvest and at the same time reduces the costs – is the most convenient option.

The processes of producing PHB from microalgae

After cultivation and harvesting, two different methods can be highlighted to produce PHB from the microalgae: the first one is the hydrolysis of microalgae biomass after drying, where the dried microalgae is hydrolyzed to produce fermentable sugars; the second method is the wet lipid extraction procedure, which has the potential to reduce the overall cost of the system. Despite the satisfying results, the current situation revolving around bioplastic production at a larger scale is still inconclusive. There is still a need for more development of bioplastic production processes from microalgae to overcome the economic feasibility problems in industrial-scale implementations, which prevents wider usage of bioplastic products from microalgae in the market. Current production techniques for microalgae bio-composites are only lab-scale; further research is necessary to optimize the process for industrial applications. The results shown in a quality control testing made by the Illinois Sustainable Technology Center highlighted that the volatile compound of the biopolymer was below the threshold count, meaning it couldn’t compare with a synthetic polymer, while the one obtained from the biomass of algae showed superior mechanical properties to pure resin.

Some inventors are already working on ways to make bioplastic from algae biomass enter the fashion field. For example, New York designer Charlotte McCurdy has created a water-resistant jacket made entirely of biopolymers derived from algae. «Algae is the most efficient organism we know at converting sunlight into molecules, at sequestering carbon through its natural growth» told McCurdy to Now This News, as a part of an investigation into bioplastics and their emerging discovery. Just like all trees and plants, algae sequesters carbon from the atmosphere, and creating bioplastic from this carbon reservoir results in a product that is automatically carbon neutral. Made in a studio that is dependent on renewable electricity, the jacket is made by mixing algae with plasticizers, in a process that is water-solvent based. By heating up the mixture, the molecular bonds start to open beginning the re-polymerisation phase; then they are poured into custom glass moulds where the mixture is invited to set up and cure itself. When all the water is driven off, the algae bioplastic is made. The water resistance of the material can be changed by applying a coat of plant based wax, depending on the purpose it will serve. To make a fully functional water-repellent jacket, McCurdy cut and sewn the material like a regular draped vinyl; the final outcome, continues, «it’s both not made of fossil fuels and also points to a world where we can have carbon-negative materials, consumer-facing products that are beneficial when it comes to climate change, and not just less bad». The raincoat is currently on display in Nature, the Cooper Hewitt Design Triennial in New York City. The researcher has also collaborated with designer Phillip Lim and created the first biodegradable sequins using biomass from algae (being sequins one of the most pollutant items in fashion, sequins from bioplastic can serve a valid biodegradable alternative).

The need for further research and improvement concerning algaesAlgae cultivation is a water-intensive process requiring in raceways one thousand liters of water per kilogram of biomass and up to three thousand sixty liters of water per liter biodiesel. The most common problems concerning the production and processing of algae are related to strain selection and improvement, inefficient use of sunlight for photosynthesis in ponds, and the need to remove large volumes of water to obtain concentrates. General requirements for successful algal cultivation include growth factors such as temperature, light, nutrients, pH, and the different systems. As much as its potentialities define algae as an alternative feedstock for several biorefinery applications, further research and improvement in the field must still be made in order to make it a valid sustainable resource.

(ISTC) integrates applied research, technical assistance, and information services to advance efforts in
the areas of pollution prevention, water and energy conservation, materials recycling and beneficial
reuse. The center concentrates on the environmental and human health impacts of contaminants like
microplastics and PFAS, as well as agricultural chemicals.