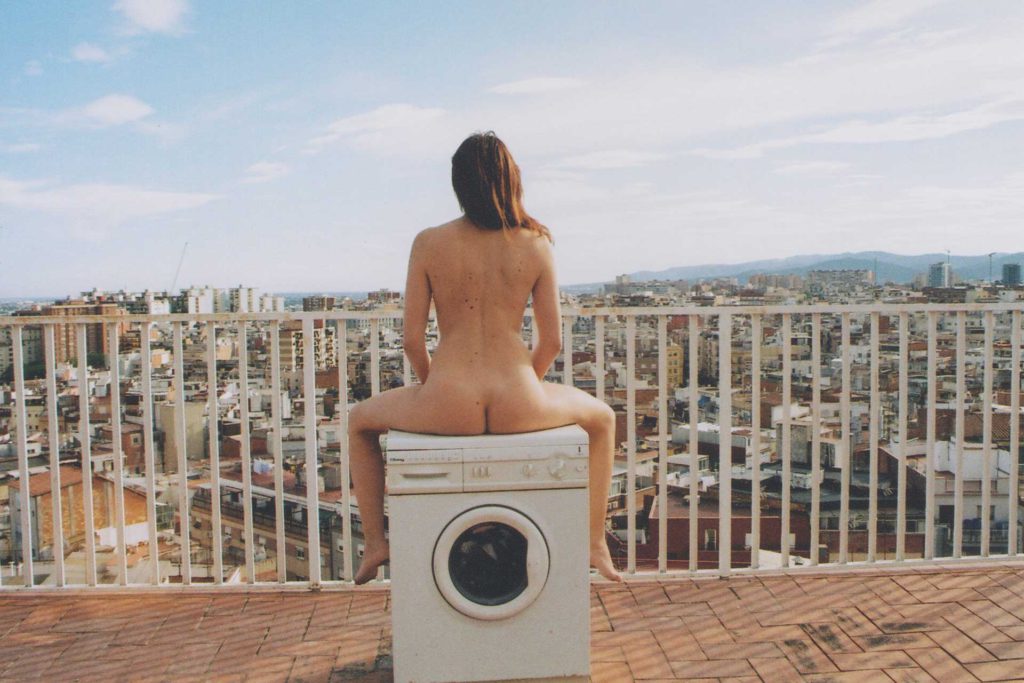 Women in the cinema industry

Masturbation was not the first focus that came up to tackle the subject of women’s pleasure and self-affirmation – orgasm came first. However, it ended being too much exploited by the mainstream industry. «At the time it was about sexuality more at large and about orgasm. We had this casting in our school, where we studied, we had around thirty people showing up». In the end ten people were interviewed, seven shown in the documentary. The choice of a feminist perspective was «a conscious decision we made», said Smuha. «It was nearly an all-female crew. We wanted to do this because cinema is such a macho industry and there is fewer opportunity to work in cinema for women. We also felt that to have this holistic feminist approach we wanted to also have it in the creation process».

The idea of the film documentary was born in in the shared apartment of Smuha and Ràfols, both former students at ECIB Escuela de cine de Barcelona. Together the directors found moments of sharing and relief in the common washing machine room, an object that became central to the documentary plot. However, finding the washing machine as an object of ‘purification’ was not something intended since the beginning, because the plot unrolled in accordance with the feelings of the two directors: «It’s not something we decided, it was our way of discovering the topic. I think the documentary was the result of the mirror we were living. The washing machine did not come up since the beginning of the script, it was something that appeared in the middle. It was something happening in our experience because we were living in an apartment where we shared the washing machine. It was a development of our metaphors».

The taboo of female self-love

At the end of the documentary one of the interviewees asks: «Why setting up all these barriers? ». We asked the same to the directors and the answer showed the feminist angle of the script: «We, women at large, don’t want to put these limits. It’s the culture, the religious heritage related to female sexuality. The connection with oneself is power, knowledge, whether it’s pleasure or understanding yourself beyond knowledge. Patriarchal society is not beneficial. Throughout history, with witch hunt for instance, the barriers have been imposed on us and it comes from there. It’s a constant battle to free ourselves from it. We have to ask ourselves ‘How can I treat myself in the best way?’ Because society doesn’t have necessarily the interest for this. It’s an obvious taboo».