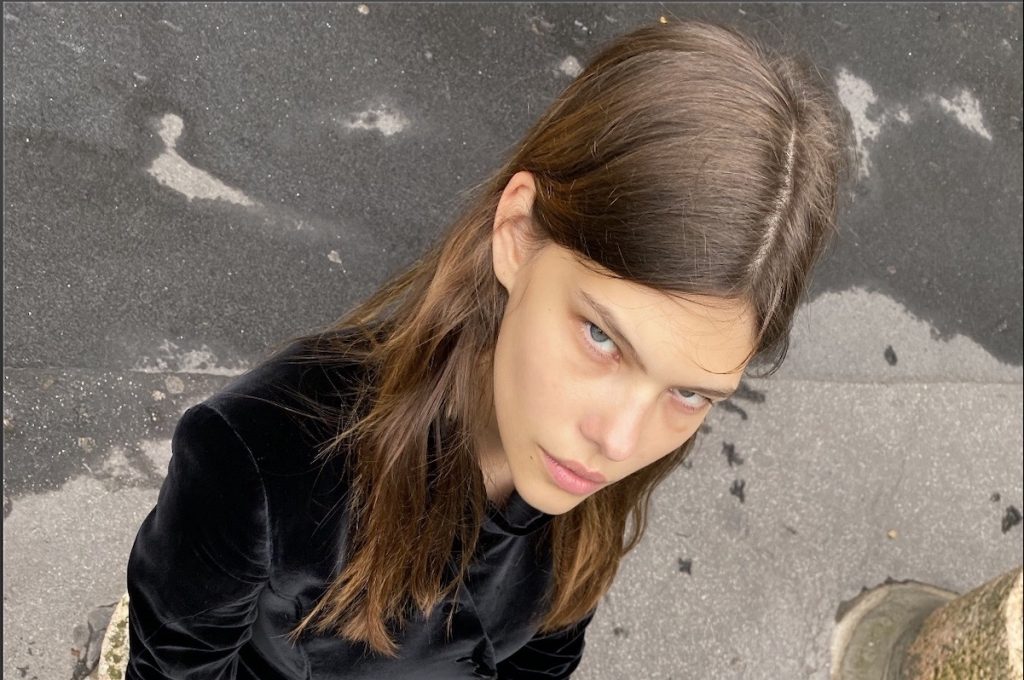 Phone or Film camera: Pavel Golik from Siberia to Milan

«I do not follow designers that much. The personage is the focus, then the clothes shape an atmosphere» Pavel Golik on his photographic style between film camera and phone

Pavel Golik, a Siberian photographer based in Milan, explores the art of fast photography through the phone and discusses his working progress behind the photoshoot. His portfolio includes collaborations with Farfetch, Off-White, and renowned fashion publications. For the past few years, he has been experimenting with shooting methods. Coming from a southwest Siberian city, Novokuznetsk, he got acquainted with the camera when he was fourteen years old. Capturing individuals for fashion photography in collaboration with stylists was not until 2018. Currently, he presents his project done on the phone and draws the difference in approaching a photoshoot with a film camera and digital tools. Moving back and forth from film to digital cameras, his creative process fluctuates between making black and white images and doing a natural setting fast portfolio. Golik’s decision to switch to phone shootings was experimental as he wanted to differ from his favorite classic photographer’s aesthetics and embrace other formats. Starting from the format and ending with the place – the photoshoot is an experiment – responds Golik. Living near Missori and examining the surroundings, making decisions on the styling and setting becomes spontaneous. Golik already had a mood board for this photoshoot with Valeria Semushina, the stylist; the idea was to show the natural and ordinary street narrative with a documentary touch. «I do not follow designers that much. The personage is the focus, then the clothes shape an atmosphere», says Golik.

Golik’s experiments with documentaries came from his hometown and grandmother’s summer dacha, where he played with a digital camera, which left an imprint on his future art. Colin M Day and other 90s photographers’ influence accompanied his shooting style. He studied engineering at Polytechnic University and moved to proceed with his studies in the same field in Milan but lived for three years in Como. «When I lived in Russia, I wanted to make something similar to Western aesthetics, but now I am drawn to Russia, as I would like to shoot the personages from there, where there is another mix of types and nationalities», says Golik. He travels between Saint-Petersburg, Moscow, and Milan, capturing familiar faces and those he considers unconventional. «In Italy, there is serenity and simplification of matters that relaxes you and makes you look at things from a different perspective, while in Russia people are immersed in thoughts and melancholy», says Golik. Even though Golik points out the advantages of doing photoshoots on the phone, he makes comebacks with black and white images and film cameras, as they touch him more than ‘the colors and joyous pictures.’

The advantages of shooting with a phone are few, but in comparison to professional cameras, the portability and the amount of frame taken, nonetheless, gives practicality in use. «Film is partly elite photography. Not all studios have it. This process is not fast and is expensive», says Golik. Film camera photo’s development process requires to complete consequent steps and use a thermometer, timer, stop bath, film cleaner, wire rack, and additional tools to produce the physical picture. When the tools are prepared, the film cassette should be open in a dark room with no-light to prevent the destruction of the negative. After the reel is placed in the film tank, the lights can be turned on to create the developer mixture combined with water in a plastic or metal container. There is a specific timing that should be respected throughout the process. The Film, then, moves to the stop bath, which is later replaced with a fixer that exposes the Film to light without any damage. After the leftover chemicals are removed in cold water, the Film is hung to dry for several hours using a clothespin or wire. When the Film is cut into smaller parts and placed in a plastic sleeve, the artist can then proceed with printing. Timing aside, the chemical used (including silver ions) in the process reflects a non-sustainable approach in image production. In 2005, the Swedish Government revealed that as digital photography rose in the previous five years, the pollution caused by film camera’s silver decreased.

Doing a photoshoot with a phone’s built-in camera

Two things required for doing a photoshoot with a phone is a phone and a built-in camera. There is no prior knowledge of the techniques to produce images if the photographer does not complete the photoshoot with post-production steps to add retouching. Innovations close the gap between smartphones and cameras as people develop new lenses for phones to substitute DSLR. The apps already replace the Polaroid and Film camera with the filters produced to add retouch to images, but still, there is a demand for getting back to ‘old school’ as the creative industry experiments. The printing magazines are losing their primary mission from decades ago as virtuality is taken over the media. «Before one had to go to a local store to buy the magazine and get acquainted with the fashion news. Now, one can see all the photoshoots and news online before. Even during the lockdown, when I could not get the physical copy, I would purchase the online version», says Golik, continuing, «waiting a year for content to be printed is longer compared to online publications». «If people from the Sixties who filmed on expired tapes would live in our time, they would use digital cameras and filters». In Golik’s opinion, the digital format positively influences the environment as to the printing paper: «The film camera is also not sustainable, which consists of chemicals, then photographers use other chemicals to print them». On the other hand, the digital cameras present the unethical feature from another viewpoint; some magazines create content around ecology and sustainability but do not practice the values in their publishing processes. «The fashion industry involves assistants and professionals to fly from abroad to manage the shooting with the technology and energy used during the process, which can be considered not sustainable. There is a duality in perceiving the matter, in the meantime», points out Golik, as there is an art element present that creates the concept’s zest; hence, there is ambiguity in finding the right choice for image production to not lose the quality.

Before the pandemic, several fashion brands would arrange photoshoots for the catalogs and products for the website, but the format has changed with the outbreak of social distancing. Asos before was inviting models to their studios to photograph them in garments for websites and apps; in mid-2020, it began using the See My Fit technology to show virtually how the new products will look without involving models. CGI – digital – models and 3D clothes might become the future of fashion. While Golik gets accustomed to the changing environment due to the pandemic, social media becomes one of the primary sources of inspiration. «On social media, one follows numerous artists, and one should filter the number of artists he or she wants to allow into their creativity and mind. Artists, curators, painters, designers, and photographers can transport you through a web of millions of different sources to fill you with undiscovered content», says Golik. There should be contact regardless of the industry to learn the maximum from it, as with smart working and social distancing the communication meets barriers. «Since a man is a social creature, there should be a balance between managing online communication and tête-à-tête contact».

Pavel Golik is a Siberian photographer based in Milan. After graduating in engineering form the Politecnico of Milan, he has been experimenting with his phone’s built-in camera and film camera, going back and forth between the two.