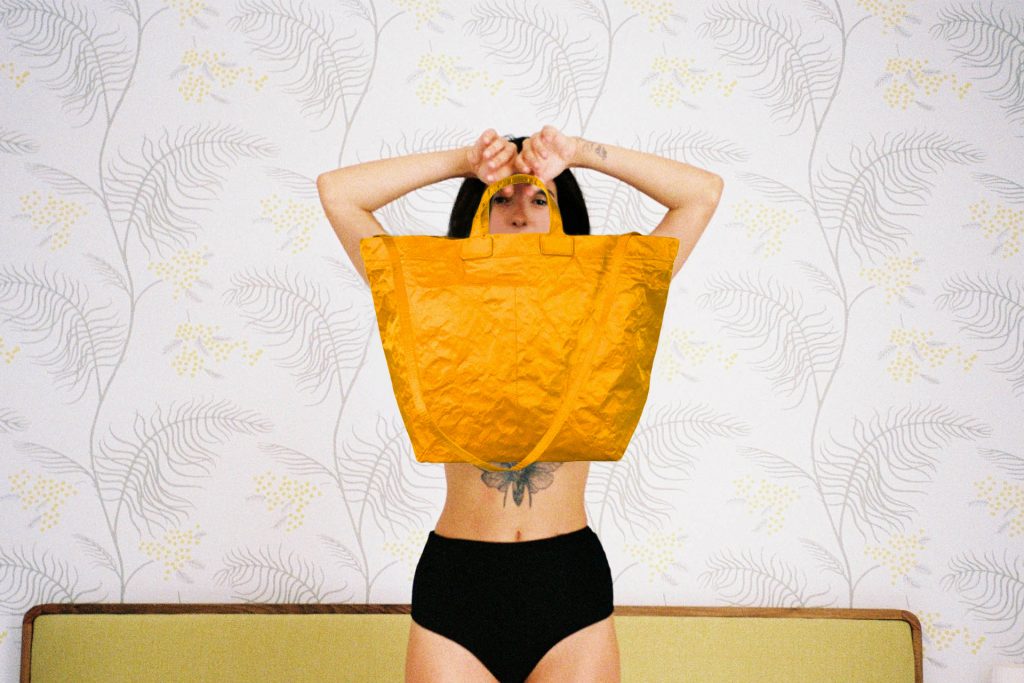 Archives, Toronto. The place for jewelry with no standard codes behind the selection process

«Ever since our family jewelry was confiscated in the Iranian revolution, I have been in search of recreating them» – In conversation with designer Jaleh Farhadpour

Iranian born Jaleh Farhadpour was traveling, living and working in Dubai, Paris, Rome, London and Los Angeles, before she decided to settle in Canada in 1987. Budding architect at the time, today her concept store Archives in Toronto’s Yorkville district is a place for gems and diamonds. Business women, celebrities and artists stop by the place on Bay Street to buy rings, necklaces and ear cuffs from designers including Jaleh Farhadpour herself.  «I wanted to create a space to showcase jewelry, without making it intimidating as it sometimes can be» the Archives founder explains.As a result, the glass-front boutique that opened its doors in 2014 gives off downtown art-gallery aura. «These brands were not showcased in the city; this was their first chance to enter the Canadian market» says Farhadpour. From Bjørg’s pieces inspired by the Nordics to Colette’s French Mexican inventions, passing for Meissen’s porcelain creations, the Archives collection is displayed. Farhadpour, who estimates she picks 85 percent of the jewelry sold at her store, preserves consistency in narration.

With a focus on cohesiveness and coherence, there are no rules behind the selection process: «It does not matter to me whether the designers are established or emerging – they need to have a vision and an artistic value». Archives’ choice to not gatekeep their boutique to non-house-hold names turned it into a launching stage for new-comers. Jaleh Farhadpour found her way to the jewelry industry, selling pieces «in the 2,000 to 10,000-dollar range, but I have sold diamonds for up to four million» she states. In the Eighteenth century, her family owned two, sought after in size, diamonds in the world. Two hundred years later, Farhadpour found herself surrounded by her Grandmother’s treasures as a kid. «She had a room with boxes of treasures from generations» she recalls, going on to explain how the family lost the pieces during the Iranian revolution in the late Seventies that culminated in the overthrow of the Pahlavi dynasty and its replacement with an Islamic republic. «The jewelry was confiscated along with land and anything valuable we owned. I didn’t have anything left except for a few pieces we could hide. I have been in the search of recreating the pieces ever since». Jaleh had been designing jewelry for herself to wear, she did not consider turning it into a business until many years later. The turning point came with a fundraising event when she sold her first pieces to raise money for tsunami victims in Sri Lanka and a shelter in Toronto. She was then invited to showcase her collection at the Sandra Ainsly Gallery, kicking off her career as a jewelry designer. Farhadpour’s commitment goes beyond curating and owning the boutique. «After years of designing jewelry and working with retailers, I felt it was time to streamline the process into one dedicated space», she says. «I wanted to work on exclusivity, and Archives felt like the place to do that, alongside an array of jewelry designers from across the globe». Most of her clients are female, she explains, «professional women, in the 25 to 55-year range. Men come to buy for their wives. People fly in from Vancouver or New York to buy jewelry». When designing her pieces, Jaleh Farhadpour takes inspiration from nature and her background as an architect: «Form and composition of forms are in the back of my mind». The centerpiece of her lines are stones that she picks, always aware of their story and where they come from: «I have been fascinated with gems. I feel energy in every stone and believe in their healing power. I studied gemology to learn about it».

An advocate of sustainability in the jewelry industry, Jaleh Farhadpour uses diamonds from Canada, buys gold at auctions and has established recycled jewelry as her style. «When I go to a gem show and see a stone, I cannot stop myself from buying it. I now have a whole collection of rare stones. Since I started Archives, I have not had a lot of time to design. One day I want to sit down and design again». She incorporates technologies into her business, mentioning laser soldering as an example of being energy-saving and environmental-friendly than conventional soldering: «Having jewelry made in a factory in China that is later disposable, I am against it. I am against mass production». As the times progress, Archives is planning on making rarity and personalization its pièce de résistance. The team is working on opening a private showroom. «We’re hoping that the designers will be able to visit us here in Toronto with VIP launch events, curating a bespoke shopping experience», Farhadpour explains. Archives in Yorkville will be by appointment and there is plans to feature designers every month, aiming to use the boutique to give exposure to artists. At the same time, they are expecting to grow their online presence, allowing non-Canadian based customers to pick Farhadpour’s gem-embedded brain. Searching for brands and designers to incorporate into her concept store, the designer visits fashion shows around the world, pointing out the Fashion Weeks in Paris and Milan and the Couture Show in Las Vegas as ‘the’ events in her annual event schedule.

Archives’ on-site expansion plans and the designer’s travel activities have been put on hold until lockdowns and quarantines are over. Asked about the pandemic, Jaleh Farhadpour talks about the chances than the challenges she sees in the state of the world. «It is possible that we value the art, it is possible that we use less of the resources. You don’t need to buy 300 pieces of clothing or jewelry because it’s trendy. You need a few and then you recycle those and turn them into something else – or sell them». The designer says she sees similar changes in her clients and colleagues’ minds and expects «a renaissance of the arts after Covid». The generation seems to count the days until they can return to pre-Covid: «I was hoping that jewelry would go back to the point where they looked at it like past generations that adorned one necklace that protected them and gave them energy». No matter the outcome of the pandemic, Archives is staying true to the meaning of its French-inspired name, not only acting as a catalog of contemporary and vintage jewelry but as a directory for artists to watch in the industry. Talking about the years to come, the designer and business owner mentions that, while her jewelry work keeps her busy around the clock, she would look to get involved in charity work. Jaleh Farhadpour is on board of a handful Canadian charities including a cancer charity and a women’s shelter she founded 20 years ago.