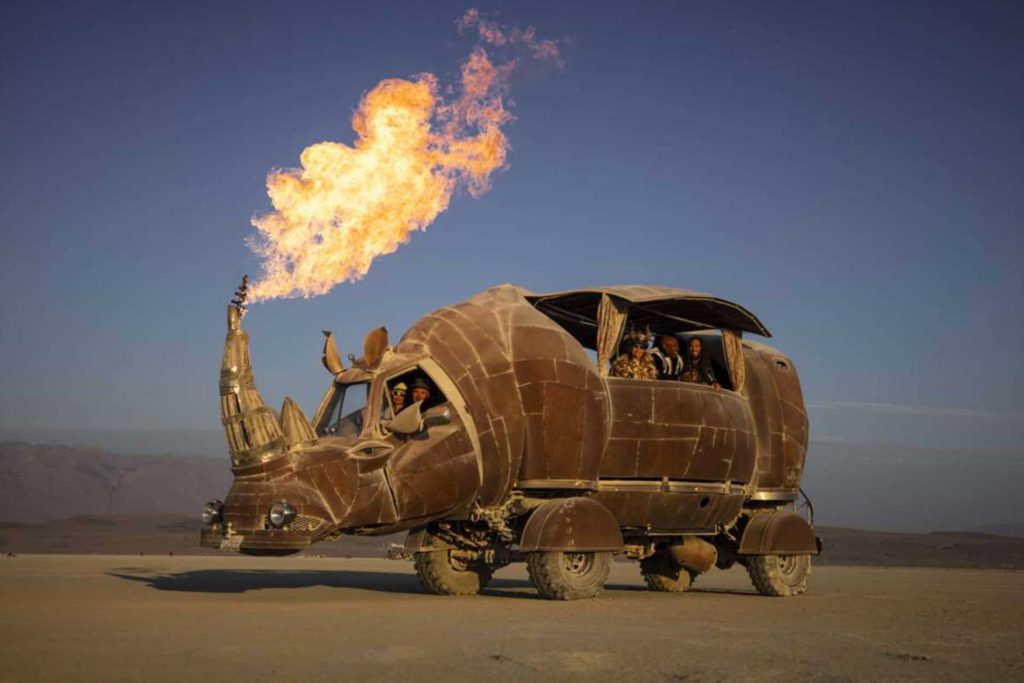 Sustainable transport and carbon offsetting – the road to carbon neutrality

The term sustainable transport refers to a type of transportation that meets economic, social, and environmental objectives in a balanced manner, adhering to the principles of sustainable development. On 1 December 2019, the European Commission established ‘The European Green Deal’, a set of policies designed to make the EU’s economy sustainable and overcome climate change and environmental degradation, making Europe the first climate-neutral continent by the middle of the twenty-first century. The European Union (EU) is striving to become climate neutral in 2050, and setting up sustainable, safe, accessible forms of private and public transport is one of the targets that will require completion to achieve a ninety percent cut in greenhouse gas emissions by 2050. In its ‘Sustainable and Smart Mobility Strategy’, the European Commission identified an irreversible shift to zero-emission mobility as the objective to strive towards in the following years. To meet this goal and enhance transport safety and security, the EU will foster the uptake of zero-emission vehicles, renewable and low-carbon fuels, and related infrastructure. Zero-emission airports and ports will be created, and the environmental performance of interurban and urban mobility and freight transport will be improved. The use of data and artificial intelligence will be maximized. By June 2021, the Commission will propose a revision of the current legislation on Carbon Dioxide (CO2) emission performance standards for new passenger cars and light commercial vehicles, Regulation (EU) 2019/631.

Between 2006 and 2014, thirty carbon offsetting transport projects were registered in the CDM (Clean Development Mechanism) portfolio. Carbon offsetting projects issue carbon credits, tradable permits or certificates, and market-based tools measured in metric tons of Carbon dioxide (CO2) or an equivalent amount of other greenhouses gasses that allow business, countries, and individuals to offset their emissions through investing in greenhouse gas (GHG) emission reduction, removal, or avoidance. The CDM is a compliance carbon offset program run by the United Nations and established under the Kyoto Protocol that allows nations to invest in GHG-reducing projects on an international level and count the emissions savings as part of their efforts to meet GHG emissions reduction targets. One of these projects is the Light Rail Transit (LRT) in Tunis, the capital city of Tunisia in North Africa, where the improved efficiency, safety, and reliability of the local mass transit system, the Tunis Light Metro (el-metrū el-khfīf li-mdīnat tūnis), will bring about a reduction of 29,193 metric tonnes CO2 equivalent per annum in the crediting period between 01 January 2015 and 31 December 2024. Thirteen projects were present in May 2021 in the Verra Registry, an international voluntary carbon offset program. Verra is a 501(c)(3) not-for-profit organization with headquarters in Washington DC, in the United States of America. The “Electric Vehicle Charger Premier Aggregation Project” operating in the State of Connecticut, in the New England Region, in the United States is one of the GHG reduction projects present in the registry. Submitted following the VCS methodology VM0038, Methodology for Electric Vehicle Charging Systems v1.0 by Connecticut Green Bank (CTGB), the first Green Bank in the U.S., the emissions reduction project was open for public comment from 09 December 2019 to 09 January 2020. It will deliver a reduction of GHG emissions equal to 93,097 tCO2e.

The history of the transport industry and European framework today

Ever since antiquity, people would walk and ride animals in groups to reach distant and close destinations on land. In the Middle Ages, European pilgrims traveled by foot and by horseback to Rome, Santiago de Compostela, Jerusalem, and Canterbury along the Pilgrims’ Way like the characters from ‘The Canterbury Tales’, English poet, and author Geoffrey Chaucer’s magnum opus. Ferries, vessels used to transport passengers and goods via water, played a crucial role in ancient and medieval Europe’s transport and commerce, as before engineers started to build permanent bridges and underwater tunnels, these ships were the sole means of connecting locations separated by a large body of water. Ferries appeared in Greek and Roman mythology: Charon, a Greek and Roman mythological creature described by the Roman poet Virgil in the 1st century BC, was the ferryman of Hades carrying the souls of the dead across the River Styx. The first organized public transit system within a city was the ‘carrosses à cinq sols’, a system of omnibuses (carrosses) developed by French philosopher and mathematician Blaise Pascal. It became operational in Paris in 1662 during the rule of Louis XIV. Mass transportation underwent a significant evolution in the 19th century as the available technologies improved. Pioneering railway engineers George and Robert Stephenson built Locomotion No. 1, the first public steam railway in the world, in 1825 for the Stockton and Darlington Railway operating in northeast England. The Napoli-Portici line, the first railway in Italy, was built in 1839.

In Europe, the transport industry employs around eleven million people, working for one-point-one million transport companies. In 2015, in the EU-28, the transport industry accounted for about five percent of total Gross Value Added (GVA) with about 651 billion euros in GVA. Private households in the EU-28 spent on average about thirteen percent of their budget on transport-related items, spending 1044 billion euros in 2015. Around twenty-two percent of the total, 230 billion euros, was spent in the same year by European households on transport services like buses, trains, and planes. In 2018, in the EU-28, Europeans traveled 108.1 billion kilometers by metro and tram. In 2016, Belarus, Kazakhstan, Latvia, and Ukraine had the largest tonne-kilometers ratio per unit of gross domestic product (GDP) from railway transport in the ECE region. Between 2006 and 2016, Austria, Sweden, Slovakia, and the United Kingdom experienced the most significant increase in passenger rail travel. Iceland, Italy, and Luxembourg had the highest motorization rates in 2016 in the ECE region. Over the ten-year period between 2006 and 2016, Germany, Latvia, and Lithuania motorization rates decreased. About ninety percent of the EU’s external freight trade is seaborne. In 2019, EU short sea shipping reached one-point-eight billion tonnes, with Italy and the Netherlands accounted for almost thirty percent of the EU short sea shipping. The port of Rotterdam, located in Rotterdam in the province of South Holland in the Netherlands, is Europe’s largest seaport with a freight throughput of 469.4 million tonnes in 2019.

In 2018 and 2019, greenhouse gas emissions from the EU’s transport sector have increased by zero-point-nine percent and zero-point-eight percent. Projections elaborated by the European Environment Agency (EEA) predict that European transport-derived emissions will be thirty-two percent above 1990 levels in 2030 based on the current policy measures established by the EU Member States. The transport sector generates almost a quarter of the EU GHG emissions, with road transport emitting more than seventy percent of the total greenhouse gas emissions from the industry and twelve percent of the total Carbon Dioxide (CO2) emissions in the union, making it the chief cause of air pollution in European cities. According to the European Automobile Manufacturers’​ Association (ACEA), the EU has an annual output of seventeen million vehicles. It has, on average, 569 passenger cars and seventy commercial vehicles and buses per 1,000 inhabitants. The Grand Duchy of Luxembourg has the highest automobile density among EU countries, 694 per 1,000 people, followed by Italy and Poland. In Europe, about ninety percent of the people who live and work in cities are exposed to air pollutants like particulate matter, ground-level ozone, and nitrogen dioxide at concentrations higher than the levels considered detrimental to human health.

Public vehicles such as electric trains, trams, buses, and private or shared vehicles like bicycles, e-bicycles, and other human-powered vehicles are considered low-impact modes of transport. According to the principles established by the Sustainable Development Goals elaborated by the United Nations (UN), sustainable transport is safe, accessible to people with disabilities, elderly persons, and low-income individuals, and employs low-and zero-emission vehicles. The EU strategy to reduce the output of emissions from the transport sector includes a broad set of measures, including an increase in the transport system’s efficiency and in the use of low-emission alternative energy and zero-emission vehicles, as well as incentives for active travel and car-sharing/pooling schemes. Increased access to public transport leads to an improvement in population health and consequent healthcare cost savings (Brown et al., 2019). «Improving the efficiency of the local transport in a location makes it more attractive, which leads to economic growth. Accomplishing daily activities requires the use of transportation and having access to efficient, low-emissions, and affordable transport improves people’s well-being and productivity». Explains Elena Maggi, Associate Professor in Economics, head of the research group ‘Transport, Regulation, and Sustainable Development’ at the Department of Economics and delegate of the rector for Sustainable Development at the University of Insubria. «Aside from investments in infrastructure, institutions also need to invest in education in schools to bring about a different attitude towards sustainable transport».