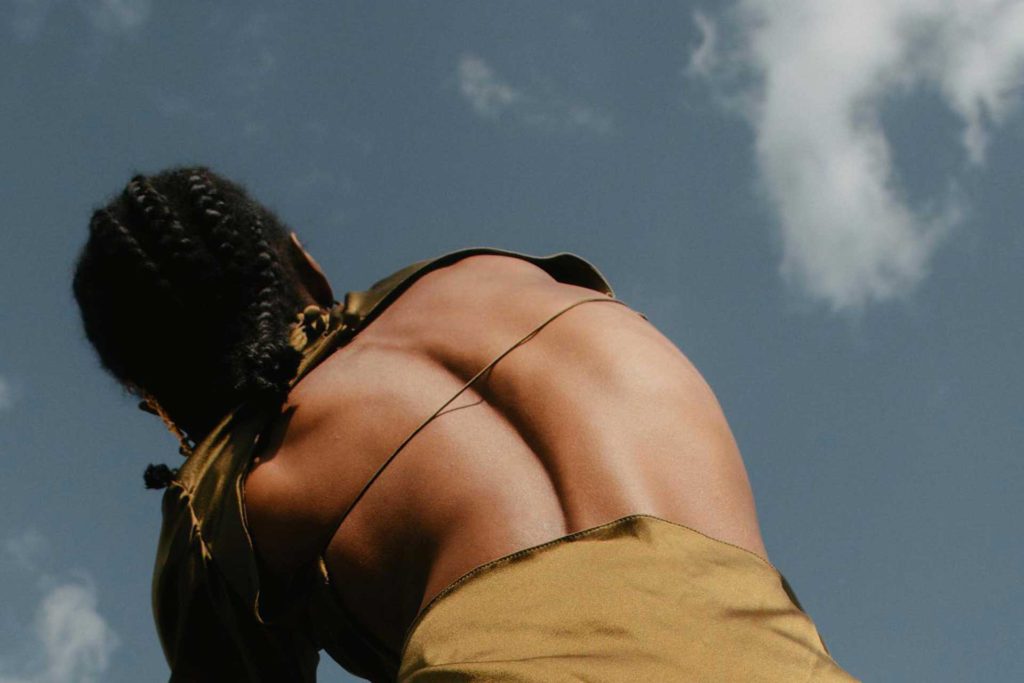 Is silk sustainable? Mulberry silk and the chance of a spider web

Spider-silk is estimated to be one of the natural fabrics of the future because of its strength. Tougher by weight than the steel of the same diameter, and as strong as Kevlar

Mulberry silk is the highest quality silk available for purchase. Pure white in color and made up of individual long fibers, mulberry silk was developed in ancient China, where the first biomolecular evidence of the fabric was found more than 8.500 years ago. The silk-making process, also called sericulture, begins with the cultivation of silkworms of a defined species, the Bombyx mori, that are fed on mulberry leaves, a genus of flowering species in the Moraceae family, known for being resistant to pollution stress and easy to cultivate. When the white caterpillars are grown enough after they molted at least four times, they secrete a natural protein called sericin, that starts as a liquid and then sticks together with a gum forming threads that make up the inside of a cocoon. The fibers are in fact saliva, produced by the worms to wrap themselves in until it is time to fully transform into a moth. If the silkworms are allowed to evolve naturally and mature into a moth, they would normally exit the wrapping by burning a hole through the cocoon, damaging the silk threads. This doesn’t happen in silk factories, where farmers boil or gas the cocoon at high temperatures to remove the filament undamaged, killing the worms in the process. The threads are then reeled together for commercial use. Bombyx mori moths have been cultivated and bred by humans for thousands of years, making them unable to survive on their own once they hatch and emerge from the cocoon. They only live a short life in captivity. Instead, the pupae are kept alive and don’t go to waste, because they are a rich source of protein, alongside with the outer-cocoons that are used as fertilizer or to stuff pillows.

Lampoon reporting: The impact of silk compared to other natural fibers

Silk is known to be a natural, biodegradable, and long-lasting fabric but, according to the Sustainable Apparel Coalition’s Higg Index, for its overall manufacturing, it appears to have a larger environmental impact when compared to other natural fibers, such as cotton, linen, and its production emerged together with several environmental concerns. First, sericulture takes away a lot of energy. The farms have to be kept at controlled temperatures, and harvesting the cocoons uses both hot water and hot air. Second, silk production is dependent on the use of large volumes of water. Third, the use of synthetic substances to clean and dye silk can pollute local water, hindering the fabric’s biodegradability, and contributing to the toxic impact of the fabric to compromise the farm’s sustainable mission. According to the International Sericulture Commission, China is the largest silk-producing country in the world, employing about more than a million workers. Following right after, India has a rural workforce of over 7.9 million. In this country specifically, as stated by Human Rights Watch, silk production has been linked to child exploitation with over 350 000 children involved in conditions of physical and verbal abuse, and women comprise an estimated 60% of the overall rural workforce, often paid a minimum wage or not at all. Due to these reasons, even though silk is nature-derived fabric, its manufacturing involves ethical and environmental risks in all the segments of its processing, from the cultivation of mulberry trees to silk finishing and dyeing. Silk made from mulberry trees is primarily used for producing garments, bed linen, and household items in general, and it’s among the most durable silk in the world. Odorless, hypoallergenic and moisture wicking, silk is used by fashion designers to adopt a more sustainable approach towards sourcing, manufacturing and designing clothes, to maximize the benefits of both industry and society at large, while at the same time minimizing the overall negative impact on the environment. But, silk in particular, has been re-examined by animal rights activists because it is a byproduct derived from silkworms that are killed in the making of the fabric. Human rights groups are also stepping up to dismantle an industry that was once dominated by child labour. Keeping this in mind, is it possible to talk about sustainability when it comes to silk production?

For these reasons, many industries have decided to opt for vegan alternatives to mulberry silkworms. One recent discovery is drawing the textile industry to invest in the study of the silk made by spiders, which has finer mechanical properties than the one produced by the Bombyx mori, including high tensile strength, elasticity, durability, and softness, suggesting that there is potential for other uses of silk in textiles and other fields. The biological nature of the spider-derived fibers permits genetic modifications to the standard type. Bolt Threads invented MicroSilk™, a biosynthetic fiber created by using bioengineering to develop proteins that could replicate the one spun by spiders, adopting the same expertise has been used for decades to produce vaccines and insulin. They work their fabric using a precision fermentation process: water, sugar and yeast cells infused with spider DNA, the main input that come from plants that are grown, harvested and replanted by the company itself. What is peculiar about MicroSilk™ is that no spiders are used in the making of the fabric, and no GMO is present in the final material. It also has the potential to fully biodegrade, unlike polyester and other synthetic fibers that are responsible for microfiber pollution. Being Microsilk™ still in the Research and Development phase, it is still at an early stage to determine the environmental impacts and the sustainable properties of this material. Once the production process will come at a greater level, it will be possible to compare the results of its test to dozens of other natural and synthetic materials. So far Microsilk™ fibers have been used for the making of prototype fashion pieces, including a limited edition collection of knit ties in collaboration with Stella McCartney, a dress for the Museum of Modern Art, and a limited edition beanie collection.

Spidersilk: the natural fabric of the future

Spider-silk is estimated to be one of the natural fabrics of the future because of its strength. Tougher by weight than the steel of the same diameter, and as strong as Kevlar, a made-man polymer, it has been suggested that a Boeing 747 could be stopped in flight by a single pencil-width spider-silk strand. Finer than the human hair, the most valuable is the dragline silk from the Golden Orb-Weaving spider (Nephilia clavipes), named after its golden hue silk that it uses to make orb webs. Spider silk is also very elastic and remains unbroken after being stretched 2-4 times its original length. It is waterproof if compared to the one made by the Bombyx mori moth, so it can have a wider range of applications. Scientists have been able to replicate the fibers at room temperature without the use of any chemical solvents mainly because, unlike silkworms, which can be kept at very close distance to be farmed for silk production and harvesting, spiders are cannibals who wouldn’t tolerate the close quarters necessary for farming, so synthetic creation is the only way to get significant quantities of the material. Synthetic fibers such as nylon require extremely high temperatures for spinning, meaning spider-silk has an advantage over them and its scale production will have minor environmental impact on our planet. Other than being biodegradable, spider-silk is made using accessible and affordable ingredients. For its absorption capacity, the material is tested to be used as a protective fabric for shrapnel resistant and military clothing and to make sail cloth, parachute fabric, bike or skateboard helmets. This promising innovation will allow science to invest in an interesting area of research for the future, with the aim to improve the ethics and sustainability of the overall silk textile production.

Is a silk-like biosynthetic fiber made by the company Bolt Threads. Microsilk™ is made through a process of fermenting water, yeast and sugar with spider DNA. Bolt Threads began by studying silk proteins spun by spiders to determine what gives them their incredible properties – including high tensile strength, elasticity, durability and softness. They then developed technology to replicate that process sustainably at large scale.