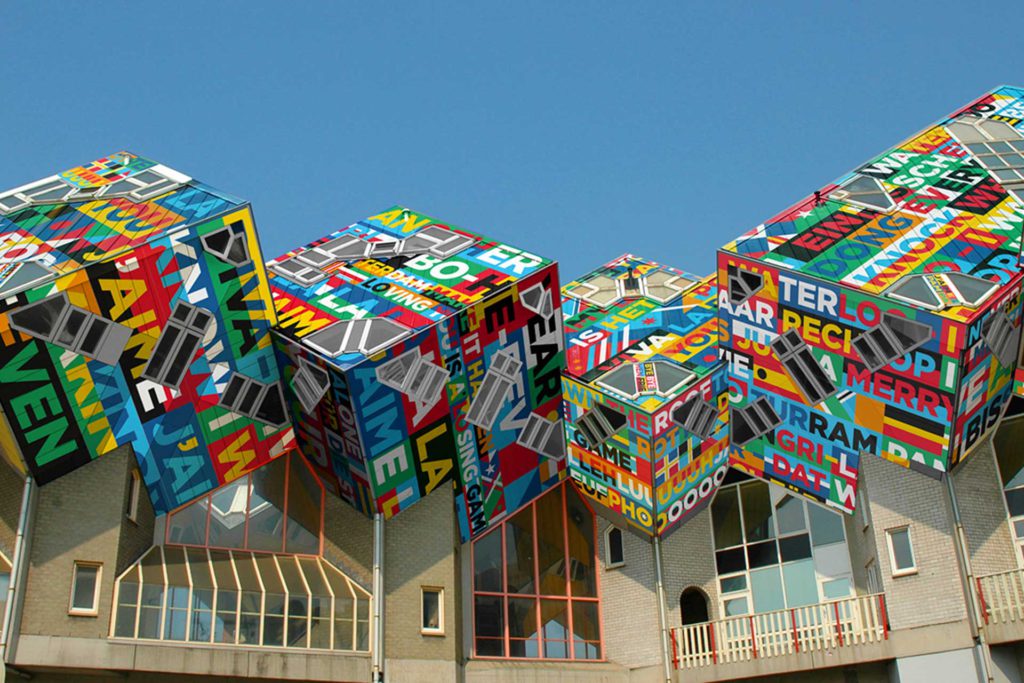 Eurovision for the future: Live music begins again thanks to the Song Contest edition in Rotterdam

The entertainment field has not been satisfied with the treatment received by the government, subsequently organizing flash mobs and protests for their requests to be heard by the higher ranks responsible for the decisions. Feeling left out and having no priority both on the economic recovery plans and on the organizational aspects, singers, performers, actors, and anyone working in the backstage of live events has been waiting to be included into the table of negotiations to gradually return to their pre-Covid stage life. Luckily Eurovision 2021, held in the Dutch city of Rotterdam, was organized as any event pre-pandemic would have been, only adding cautiousness and controls: social distancing, Covid tests, and limiting the number of people in the arena allowed the contest to take place after more than one year without the presence of in-person entertainment. Eurovision is a combination of cultures merging together living off millions of people’s crave for musical entertainment, making the festival itself a cradle of modern European shared identity. The contest itself transcends the limits of the European Union, including countries such as Azerbaijan, Georgia and Russia. This form of no-border entertainment embedded with pop culture reaches every corner and every individual witnessing the song contest. The difference in language, cultural backgrounds, and their local musical influences set every country apart from its contenders, all tied together by the invisible string of tunes which aim at sticking with any listener as long as they can. Presenting both emerging talents and already famous artists with various foreign origins coming from different backgrounds, the competing countries combine different cultures, allowing them to come together organically to represent them.

The spectrum of music genres in this year’s Eurovision Song Contest allowed a differentiated kind of audience to reflect its music taste in the tunes. A heterogeneous representation of musical identities came out of this mélange of European cultures, showing itself through the performances, allowing every artist to fit their personality and role yet at the same time embody what the public wanted them to be. A cultural mask to wear for a few minutes while on stage. This year’s artist representing Russia, Manizha, was able to unite traditional tunes with upbeat pop songs; the song performed by the Belgian trio Hooverphonic gave a more nostalgic, melodic-pop attitude to their path in the contest; Ukraine’s tune presented a mix of futuristic themes merged with a hint of techno; Finnish metal broke the imaginary limits of said genre, often associated with a specific group of listeners; Italy continued a rock’n’roll legacy allowing to broaden the categorization spectrum of the audience-projected music industry and taking home the final prize. A specific singer caught the attention for her background and use of traditions through her musical persona, namely Senhit.

Senhit is representing the country of San Marino in the 2021 Eurovision Song Contest. Starting from musicals, Senhit, Italian-born singer and performer with Eritrean roots, was used to building a mask to allow her body and mind to represent her character for the play. The process of building her own identity while impersonating someone else was her routine and finding herself dealing with different masks helped her through her success. After gaining recognition for her musical presence, Senhit’s perspective on her own approach to art had to change. Speaking with the singer about how the human being builds different masks, brings to mind Italian Nobel Prize writer Luigi Pirandello. Using the mask as the consistent topic in his book One, No One and A Hundred Thousand, Pirandello illustrated how every individual use disguise to adapt to whoever will cross their path, building characters to fit the interlocutor and consequently being judged differently from whoever it interacts with. Singers oftentimes use their music to build a performance-based persona which differs from their identity. Senhit does the contrary: the character shown in her songs is her filter-less self, stripped down of any excess coverage or veil. Adapting to the new situation, Senhit’s musical performer side left the mask behind the curtains of theatre stages but made the most out of the skills acquired during her years of experience; as the singer herself states, «entering in the musical world allowed me to drop the masks I had to carry with me through my past and allowed me to directly express who I am, without filters, just my energy».

The public that Senhit wants to connect with is not limited by age or ethnicity: she embodies both the Eurovision Song Contest’s final aim and this year’s slogan, Open Up, which invites every artist to treasure and make the most out of their diversities, sharing them with every listener. This is possible thanks to the variety of languages presented on the stage of Rotterdam; as stated by the event’s rules, any artist is free to choose in which language to perform, being its mother tongue, English, or even a mix of both. Born from the processes from connected yet different fields, the melodies coming from Senhit express a raw and straightforward message: her music is trying to carry positivity interlaced in the intercontinental melody, transcending any kind of boundary. Senhit music’s essence wants to hit the listener with sounds coming from her Eritrean upbringing. In her songs, the presence of Eritrean culture is brought by the national guitar and drums, named respectively krar and keberö, sometimes enriched by chants sung by Eritrean women: a transversal musical outcome. Her goal is to have multiple cultures influencing her sounds, from her homeland’s instruments to the 90s’ R&B vibe which inspired her first albums. Not constricting her personality with any of boundary is reflected in her tendency of not narrowing her own musical spectrum either. She states that «no matter if it’s Fabrizio de Andrè or Sean Paul, if it provokes something, it is indeed the right option for the listener», allowing her melodies to be the integrant element of her listener’s wider musical range. As she participated in her first Eurovision Song contest in the 2011 edition, Senhit’s roots had an international stage in which to break the barriers of western-based pop music, allowing her presence to bring an intercontinental feeling to the European public.

Senhit uses music as a form of therapy. For her, the music flows as the mood changes, just like an interconnected tide that starts to move in her mind, going through the earphones, to finish on her lips to be sung. This curative tool is the characteristic that the singer hopes to have in common with her listeners. As a result, there’s an attraction to the rhythm Senhit brought to the stage for the current edition of the Eurovision, with her competing song Adrenalina. Music can be perceived as a relief after more than a year of being limited performance-wise, not just by the artists themselves, but also by anyone witnessing again a live event. Eurovision, in this case, is not just an entertainment event, as it feels more like a silver lining and a new beginning. Stepping in the Dutch spotlight representing San Marino with the support of 3,500 cheering people  is to be an act of vengeance and a second chance after last year’s missing edition for Senhit and for all of her fellow performers. Their live music, from now on, will shapeshift in a challenge to banish any pessimistic feel left by the pandemic’s presence.

Senhit is a second-generation Italian singer, performer and artist with Eritrean roots. Her career started after being scouted to perform in musicals and theatre plays. She took part in the Eurovision Song contest representing San Marino for the first time in 2011. Having skipped the 2020 edition of the contest because of the pandemic, the singer competed in the 2021 edition still representing San Marino with her track Adrenalina.
The Eurovision song contest is a song competition organized annually by the European Broadcasting Union. The contest has been held since 1956 and sees the participation of singers from European countries.