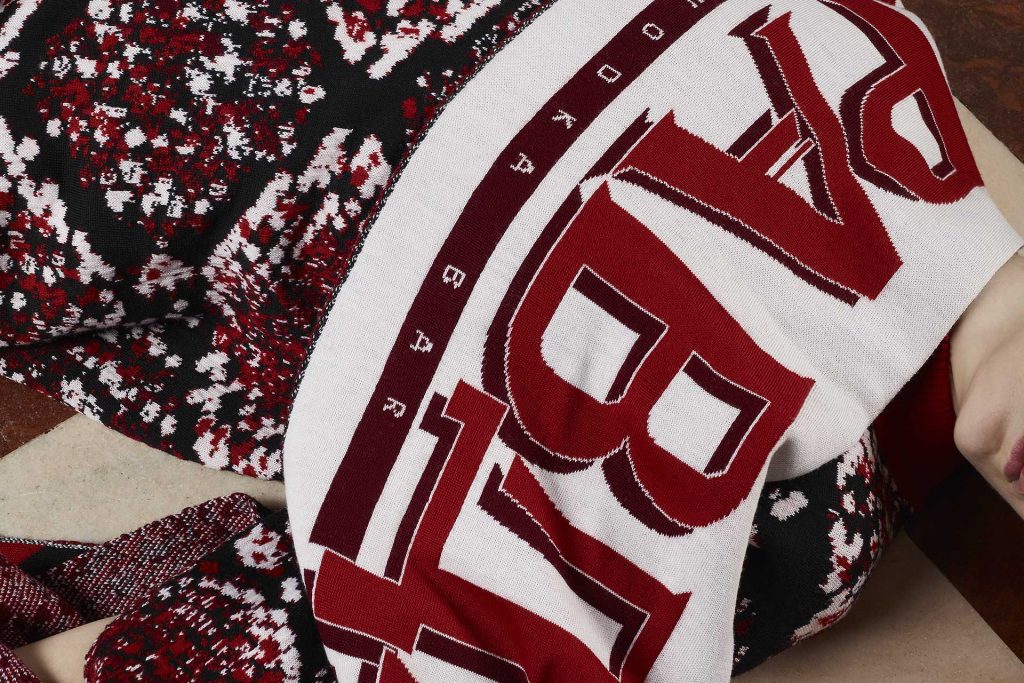 Memos on the new decade. How fashion exhibition changed with the pandemic

«If an exhibition was conceived for an audience, what happens when that audience leaves?». What matters is not the medium but keeping the complexity of an experience

The day of the inauguration of their exhibition Memos was the day when the coronavirus pandemic broke out in Italy. A week after, the exhibition, along with all museums and activities, was in lockdown, closed to the outside world yet ready for it. Curator Maria Luisa Frisa remembers how «we were sorry that the exhibition had been closed but at the same time, the exhibition was there, it was a presence. That exhibition could only be meaningful in that place so the fact that it remained at the Poldi Pezzoli museum was already a victory for us». The museum’s director, Mrs. Annalisa Zanni, responded to the closure by organizing virtual tours and asking Mrs. Frisa and designer Judith Clark to record videos talking about their curatorial and design process, in an effort to keep the public engaged and the exhibition alive. Mrs. Frisa and Mrs. Clark had to deal with the question of what happens to an exhibition when it’s no longer exhibited to anyone. «This project was born out of a conversation that me and Maria Luisa had, so what the pandemic did was to ‘throw’ more questions at this conversation that we had started and put into question the core aspects of an exhibition. If an exhibition only exists when there’s an audience, what happens when that audience leaves?». While the audience was no longer present, both women feel like the conversation around the exhibition didn’t end but rather gained new strength and perspective. «Just by being designed and staged, the exhibition had already set in motion considerations and thought processes regarding museum studies, situation reenactments and exhibition-making in general».

Mrs. Clark follows this up by expressing that «We had already done a reading of the space and reflection on the themes from a professional point of view because we could then teach it and expand on it. And this wouldn’t have happened if the exhibition had remained a hypothetical one». The exhibition was reopened after the lockdown in May and it remained open until September but the same didn’t happen to other fashion exhibitions that were supposed to take place during the pandemic. Museums around the world have had to deal with sudden closures and openings, postponing shows, opening them only to close them again a week or two later. The Costume Institute’s annual exhibition About Time: Fashion and Duration was postponed to the fall and instead viewers got a preview of the show on the museum’s youtube channel.  The exhibition Romaison 2020 – Rome, an extraordinary Maison: the archives and creation of its costume studios set up at the Ara Pacis in Rome was turned into Romaison Streetview, a project that aimed at taking the exhibition outside of the museum spaces and into the streets of Rome, projecting images of the show onto buildings around the city.  Dior decided to release an hour-long video of the exhibition Christian Dior. Couturier du rêve debuted in 2017 at the Musée des Arts décoratifs and then moved on to the Victoria & Albert Museum in 2019 becoming its most attended show. The documentary offered a behind-the-scenes look at the curatorial process brought forth by Florence Müller e Olivier Gabet in preparing for the Paris exhibition giving the viewer a step-by-step guide on how a fashion exhibition is made.

Virtual tours and experiences became the focal point during the pandemic in an effort to engage viewers but in doing so they created a shift in the show’s fruition. «The visitor is constantly making choices when looking at the exhibition», says Mrs. Clark «he can choose to lose himself in the exhibition, to focus on something in particular, to look at something that has nothing to do with the exhibition or to just look at his phone. The issue for me with these digital experiences is that they end up doing the visitor’s job for him. In our work we don’t know what we’re giving the viewer. We give suggestions and we provide a landscape, but an exhibition is made up of so many more things that not even us can predict. These digital experiences are, by their own nature, staged and so you end up losing the randomness and the free association that visitors bring». To Mrs. Frisa, this lack of randomness is symptomatic with our time and the way we use social media «after curating an exhibition, it’s interesting to check its Instagram feed because all the pictures posted by visitors end up being the same. It’s always the same dresses being photographed in the same way. With the virtual experiences it’s the same thing; there’s a standardized vision, when an exhibition should be that 3D dimension that gives you a true experience of fashion, of the dress, of the concept that you’re trying to have come across. However sophisticated it may be, the representation of an exhibition will never be the same as losing oneself inside that exhibition». Other than the physical presence of an audience, virtual exhibitions could do without the presence of a space. The concept of the space itself depends on the exhibition and on the curator’s intentions. Mrs. Frisa admits to having thought of exhibitions without coming up with a specific place in mind, like with Italiana. L’Italia vista dalla moda 1971-2001 the exhibition she co-curated in 2018 with Stefano Tonchi at the Palazzo Reale in Milan. The reflection, the dialogue activated by the clothes selected, the conversation: the main issue was to verify a theory. The location came afterwards and, while it influenced the exhibition, it wasn’t intrinsically linked to it. Yet, there are those exhibitions that are only activated when in a specific place like the Memos exhibition at the Poldi Pezzoli museum which was curated and designed keeping in mind an earlier exhibition in 1980 in that same museum.

Having a venue in mind, even an ideal one allows the curator to start the conversation with the pieces he has in mind.  Without it, all there’s left is a list of objects that cannot be activated if taken one at the time. «We need a venue even if the venue itself is hypothetical. I don’t look at objects as entities isolated from the exhibition’s intentions. It’s a project. Even if that project is set in a space designed by constructivist architecture in the Twenties and never built. It still exists as an idea and we can imagine setting an exhibition there even if the space doesn’t physically exist». In the wake of the lockdown, immaterial thinking was the only thing left when confined inside. The confinement proved to be a source of clarity for Mrs. Clark. «When you’re confined, when you’re limited, of course you revise priorities. We’ve continued working but our work has been more hypothetical than practical. When you have no possibilities, you can allow yourself to come up with all ideas, even hypothetical ones and I think that the virtual aspect has been progressively more present in my work than it was before». The problem with virtual exhibitions is not the medium itself. «We need for this medium to become an artistic language, for it to become an expression like it was with video art and photography before that» says Mrs. Frisa. «There’s no obligation to the exhibition itself. There is an obligation to the complexity of aspects pertaining the exhibition-making process that we have acquired through the years by starting these conversations» echoes Mrs. Clark and then she proceeds to imagine a new kind of exhibition, influenced by the pandemic experience. «Maybe we will come up with a different way of making exhibitions. Maybe there’s an object in each city around the world and somehow they’re all connected. Like the Rotterdam Philharmonic Orchestra that played Beethoven’s 9th each from their own houses. Who would have thought that an orchestra could play from home. Maybe we need to think more like a symphony orchestra and less 2D. We need to be more ambitious, we need to try and not lose the human factor, just like that orchestra did».