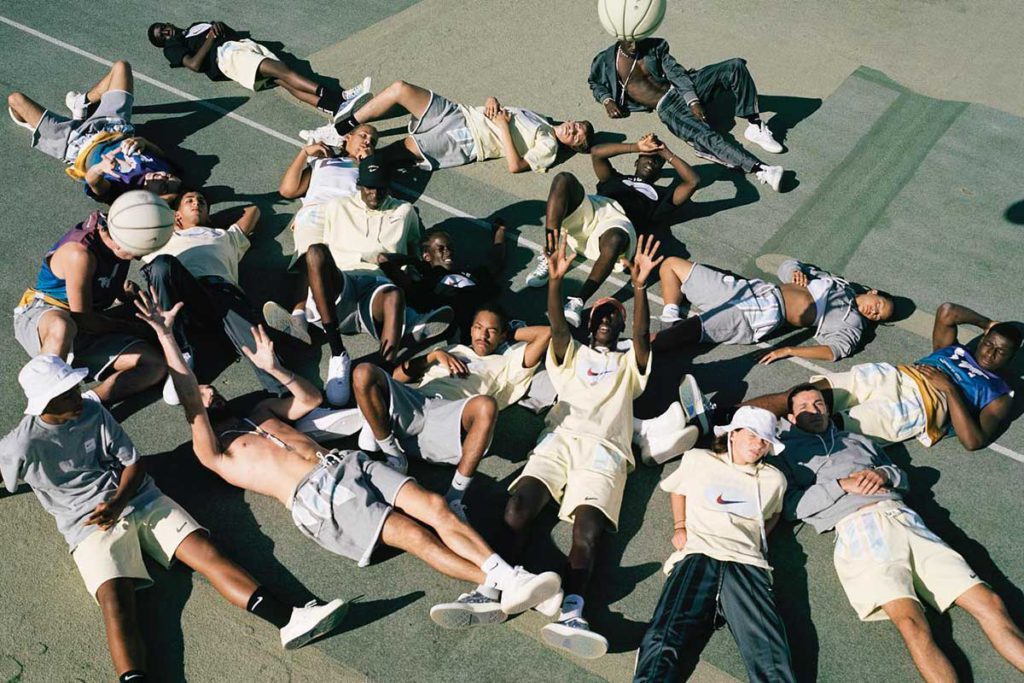 A physical and virtual container that combines art, culture, and underground fashion. It owes its success to its contemporary vision and know-how in the retail world

Holypopstore Rome – Via del Vantaggio. In 2003, Rome’s Jewish community and mayor Walter Veltroni joined hands. Their collaboration gave life to a urban renovation and redevelopment of the city’s ghetto. Rome’s Jewish ghetto is, in fact, among the most ancient in the world. It was instituted forty years after the first one in history, the Cannaregio ghetto in Venice. In Rome, six streets characterize the ghetto. Via Arenula, Via dei Falegnami, Via de’ Funari, Via Della Tribuna di Campitelli, Via del Portico d’Ottavia and Lungotevere de’ Cenci.

Among the interventions included in mayor Veltroni’s project is the renovation of the rest home of the Jewish community. The building is in Via del Vantaggio 14, a short walk away from Piazza del Popolo. There are various explanations for the ‘Popolo’ in the square’s name. One is that it derives from the popular trees (populus in Latin) that grew in the area. It is more likely though that the square took its name from the church of Santa Maria del Popolo.

Via del Vantaggio in Rome

A medieval legend features a walnut tree on the slopes of the Pincian Hill. One of the hills on which Rome is built. The walnut tree had grown from the ashes of Emperor Nero. A ghost haunted it. Then, in 1099, Pope Paschal II had it cut off. He also ordered a church dedicated to the Blessed Virgin be built on that ground. It was the citizens who funded the construction, though. Therefore, the church was also named ‘del Popolo’, or ‘of the People’. The square where the church stood, once called Piazza del Trullo because of its trullo-shaped fountain, from then on became known as Piazza del Popolo.

The nineteenth century building in Via del Vantaggio 14 has been empty and left to decay for many years. Then, it underwent a refurbishment and repurposing that preserves its aristocratic decor. The former rest became The First Roma Arte, a five-star luxury hotel with twenty-nine rooms and suites. The hotel is part of The Pavilions Hotels & Resorts. It showcases designer furnishings and a collection of modern and contemporary art curated by Galleria Muciaccia. An art gallery in the nearby Largo della Fontanella Borghese.

Further, in Via del Vantaggio 19, on the immediate west side of the hotel and on the corner with Via di Ripetta, is the Libreria Internazionale il Mare. Commonly known as La Libreria del Mare, journalist, photographer and diving expert Giulia D’Angelothe founded the bookstore in 1975 – originally in Piazza Farnese. With its catalog ranging from international nautical and maritime texts, precision instruments as well as ornamental items, La Libreria del Mare is famous as a haunt for sea lovers and connoisseurs.

Eastwards, in the direction of the Lungotevere, three shop windows reveal light-colored floors and ceilings, wooden furnishings, and evenly illuminated walls. The essential design of Holypopstore Rome. Founded in 2014, Holypopstore is the concept store for the city’s streetwear lovers and a place where sneaker culture and street art meet.

Among research and novelty-driven selection of Italian and international sports brands, the store’s wall-covering shelves display limited edition shoes and accessories exclusively found here. Top seller brands like Adidas and Nike find their place next to niche brands such as Iuter and Parra. The first, founded in 2002, designed and produced in Milan and distributed worldwide, combines the art of Italian tailoring with an experimental quality inspired by skateboarding and hip-hop subculture. On the other hand, Dutch artists Pieter Janssen a.k.a. Parra, designed Parra. The artists is famous for his post-pop images with flat colors at maximum saturation, hand-drawn typographic letters, and depictions of hybrid and surreal characters.

But there’s more on display. Ben Davis, a line of workwear launched in San Francisco in 1935, recognizable by the monkey in the logo, popular among musical subcultures and especially rappers. Carrots, emerging brand founded in 2014, presented for the first time at the Scion Av Installation gallery of Melrose Avenue in Los Angeles and created by Anwar Carrots, author of the blog Arrogant Veggies dedicated to pictures, party photos and his favorite music.

The platform allowed him to get in touch with artists in the music field, such as Pittsburgh rapper Mr. Miller, with whom he created a t-shirt collection that sold-out very quickly during his tours. Futur Inc, a Paris-based skateboarding brand that rebuts mainstream trends. Its absence from social media and the web creating a paradox with its name, a hail to the future or, rather, the avant-garde. Gasius, the brand Russel Maurice created in 1993 in London by hand painting ten t-shirts in an underground cellar.

The proceeds from this capsule collection paid for the first batch of printed t-shirts sold in skatewear shops across the UK. Today Gasius collaborates with renowned brands such as Givenchy, Stussy and Nike. Holypopstore’s selection also includes gadgets and limited edition collectibles like Bearbricks.

Produced by the Japanese company Medicom Toy, these cartoony teddy bears come in different styles and themes and are true artworks. They are often produced in limited editions, as in the case of the collection designed by the American artist and designer Brian Donnelly a.k.a. Kaws, or a collection designed by Chanel. Further, the store offers a wide range of experimental books and international niche magazine titles.

Holypopstore Rome is a physical and virtual container that combines art, culture, and underground fashion. It owes its success to its contemporary vision and know-how in the retail world.