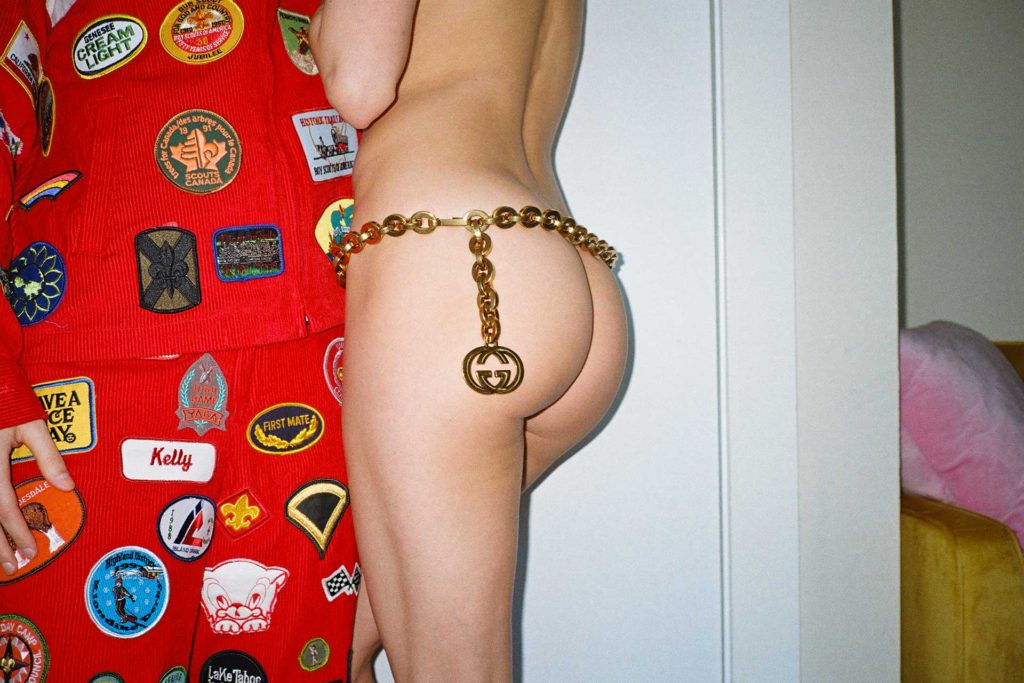 At the age of thirteen, Joan of Arc, the daughter of the farmer Jacques d’Arc from Domrémy in Northeastern France, heard voices and convinced herself they came from God to tell her she will salvage France from its conflict with England in the Hundred Years’ War between 1337 and 1453, and install Charles as the king. In May 1428, she marched towards Vaucouleurs, the stronghold loyal to the dauphin, the title bestowed to the eldest of France’s king, and asked Robert de Baudricourt, the captain, to allow her to join the dauphin. Baudricourt rejected the offer of Joan, who was sixteen years of age then, but later on granted her the permission to join the league after she returned in January 1429. Joan left Vaucouleurs in February of the same year while dressed in armor for men and wearing her hair short by the length of her chin. Her look questions her gender, constituting androgyny in the battlefield and for the sake of her calling from God’s messages. Her hair resembles to that of Kate’s in Marie Tomanova’s photographs for Lampoon as she lies down on the floor made of wenge and varnished, a chain of Gucci in gold tied around her waist and below the tattoo elaborating a tribal design between her breasts, her right nipple pierced, and surrounds herself with two pairs of feet in socks and sandals, her eyes facing the camera in an expression of indifference. Next to this shot, Odie, Kate’s partner, wears a jumpsuit in red, racecar images and emblems of royalty sewn into the fabric, and poses before Tomanova’s lens as they carry a pair of legs wearing boots above the ankles in a photoshoot inside the couple’s apartment.

Androgyny, from the Greek terms andro which means man and gyny which equates to woman, refers to one’s characteristics of man and woman and bridges towards gender identity. An individual may not want to be identified as a man or woman, and hence may see themselves as both a man and woman or neither of the genders, the anchor of genderqueer. Their physicality may deviate from reflecting what they feel inside, so they dress up on the outside to match their identity. Gender dysphoria spotlights the disconnection between the gender one feels versus what they perceive, and it may lead to some individuals changing their sex to belong in their identity, a definition of transgender. In fashion, androgyny means the avoidance of designs that distinguish a man from a woman to express non-binary in one’s identity. The shades pivot to black, white, beige and gray; the style mirrors looseness and oversizing to conceal the figure and form; the fabrics employ lace, silk, satin and velvet; the accessories opt for fedora, baseball or newsboy hat and trapper; and the hair might go for pixie, buzzcut and side mohawk. In Tomanova’s anthology, Odie in red jumpsuit, whose pronouns refer to they and them, wears their hair blonde, short in the middle and long on the side that touches their neck. In one portrait, Kate, whose pronouns cite she and her, the Gucci belt around their waist and a dragon tattoo that snakes to her right rib, hops on Odie’s lap in their sofa made of velvet look and gold shade while two picture frames of women displaying their breasts and body and a picture frame of a group celebrating hang on wall behind them. Androgyny permeates through this compendium of Tomanova; her body of work has always gravitated towards people. «One’s gender identity may be included in my photographs, but this theme does not occur in every photo I take. I focus on people in photography and allow them to showcase their true selves. Flying to the United States and being an immigrant while not knowing anyone felt difficult and questioned my belonging in the community. When I found the people I photographed, it created my community. Looking at the images and pondering on them, they fixate on who the person is and what they bring with them in our photoshoots».

The change of gender resonates with Tomanova’s practice in photography. Rather than spotlighting androgyny through her camera, «the shots refer to fluidity more than anything else. My dream for the world and the future imagines the eradication of boxes that define who a person is and conceptualizes a spectrum of fluidity where everyone levels the same without the pressure to define it. I understand that people may want to define themselves too. I have a shaved head and I wear men’s and women’s clothes. In that sense, one has all the options they may want. It does not matter whether they wear clothes designed for men or women, so long as they choose to be the person they want to be and they find such within themselves. I acknowledge the difficulty this may pertain in other parts of the world or cultures, which differ from the one I have witnessed in New York City; a bubble to explore and experiment the identity of a person». In a few portraits of Tomanova, Odie wears black boots, pants and jacket, open to display a tattoo below their ribs, and sits beside Kate, who puts on sandals, green pants and jacket sans zipper and lays her hand over Olive’s body, their dachshund, demonstrating the infiltration of masculinity and femininity in identity. In one shot, Kate, naked while wearing a pair of pants in black and gold threads on the side, hangs her arm over Odie’s neck and leans their body towards her before they kiss, with Kate laying her palm over Odie’s collared shirt in stripes of orange and black, its looseness covering their physique. Aside from the concept of belonging, Marie Tomanova’s photography crosses the psychology of fitting in, displacement, identity, inclusivity, gender and sexuality. While people take the center stage in her images, androgyny and gender identity share the limelight albeit unconscious, affirming her stance that photography influences the mindset and shapes the vision of society upon the entrance of change.

New York-based photographer whose body of work tackles displacement, identity, gender, and memory. Growing up in a South Moravian border town Mikulov in Czech Republic and moving to the United States, her photography has focused on portraits with the people she met on the street. For Lampoon Magazine, she photographed Kate and Odie, a couple whom she first worked with in 2017, in their apartment.