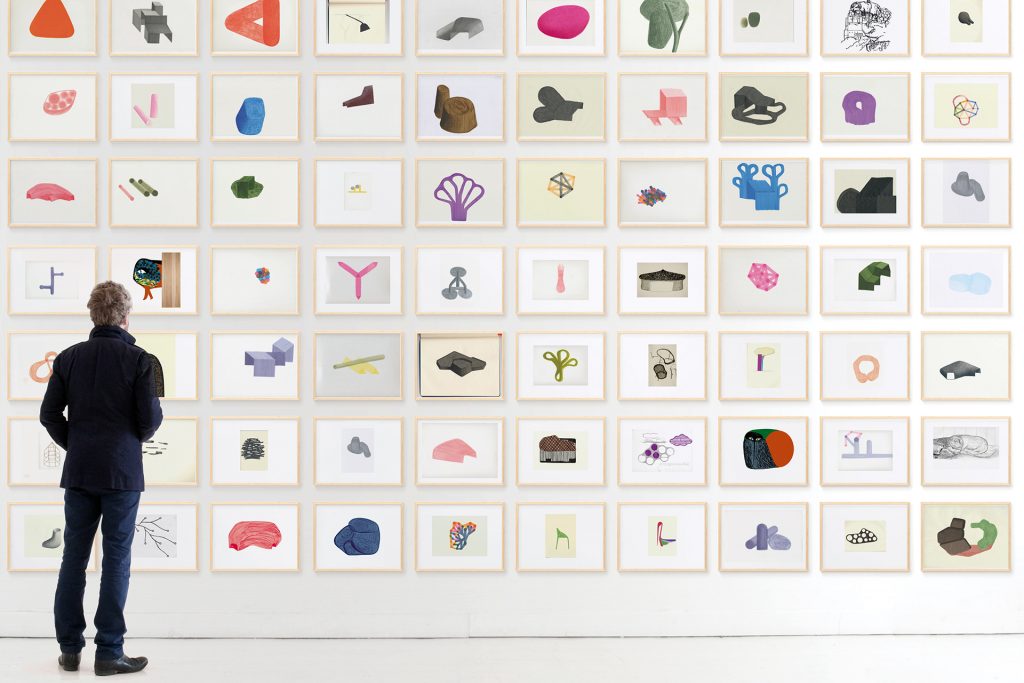 «When you see your work has a social impact, people continue to work and to survive». Ronan Bouroullec on how centering the artisan can lead to a  sustainable industry

In the 20 years since founding their studio in Paris, Ronan Bouroullec and his brother Erwan established a reputation as contemporary design entities who have worked with industry players such as Vitra, Cappellini, Issey Miyake, Magis, Ligne Roset, Habitat, and the Kréo Gallery. «The first object I ever had produced was a jewelry box», remembers Ronan Bouroullec over the phone from his studio in Paris. «I was around 16 or 17. I had drawn out the design, but I knew I was not the best in working with wood or metal, so I brought it to a craftsman in the town close to where I lived». Ronan Bouroullec’s fascination for the production process of objects commenced early in his career. Beholding the actions it needs from researching, sketching, and prototyping up to finalizing a product made the designer recognize the importance of craft within the practice. «Ronan always had a vision. Coming from a family in which the access to arts and architecture was limited could have been why he decided to get into design. It is more convenient as it includes social practice more than art», explains Erwan in an interview with Dezeen in 2020.  After graduating from École Nationale des Arts Décoratifs in Paris, Ronan worked solely on objects and was assisted by his brother a couple of years later.

The encounter with Giulio Cappellini, Art Director of the Italian furniture manufacturer Cappellini, at the Salon du Meuble in Paris in 1997 – where the project ‘Disintegrated Kitchen’ was exhibited –, introduced them to the design industry. Working with Cappellini resulted in the brothers’ decision to continue as a design duo in 1999. In 2000, the same year they were commissioned to plan the Issey Miyake ‘ A-Poc’ store in Paris, they met Rolf Felhbaum, President of Vitra, with whom they worked on an office system entitled Joyn. Since then, the Bouroullec brothers’ collaboration has unfolded into a harmony nurtured by the contrast of their two minds and joined in one aim: bringing together the collective of expertise and craft excellence to serve creation. «Our work is based on tension between Erwan and me», tells Ronan Bouroullec. Today, the pair is known for designing objects and furniture that bring a human-centered sense of purpose to an industry veering towards the superfluous. Together with the Italian brand Cassina, the duo produced seating systems captivating through ingenuity, plastic tables, chairs, and objects with Danish brand Hay. Pieces like their Algue, a modular screen that resembles a forest of kelp floating in the ocean, consider both the user’s needs while injecting a sense of fantasy within an utilitarian space.

«We invested our money into the molds for these shapes – it was a success. I like seeing in what contexts the Algues are being utilized. One Algue covers a wall at MoMA while another is installed in a corner Sushi restaurant». But it is the brothers’ view of the role of craft and collaboration within their practice that allows for an understanding of the design’s potential. Their creations, spanning from objects or furniture over textile wall systems, have been displayed in collective or solo exhibitions, including the ‘Ronan and Erwan Bouroullec’ at the London Design Museum in 2002. In 2004, their pieces were shown in two solo shows at the Museum of Contemporary Art in Los Angeles and the Boijmans Museum of Art in Rotterdam, ensued by an exhibition at the Seoul Art Center, Hangaram Design Museum in Korea in 2005. An assortment of objects is covered in the permanent collection of the New York Museum of Modern Art, the Centre Georges Pompidou in Paris, the London Design Museum, the Lisbon Design Museum, and the Boijmans van Beuningen Museum of Rotterdam.

With the proposal to plan the store for Japanese designer Issey Miyake, together with Ronan’s brother Erwan Bouroullec in 2000, came the admiration for craftsmen’s work, the initial thought to expand into furniture, and the choice to make the matter of craft a core-guide for the company. «When Miyake came to us, we declined his offer as we were not interested in the interior. In the end, we were intrigued by the technology he used for his clothes and accepted the offer. We traveled to Japan to work on the project. When entering the manufactures, you had to take your shoes off, which is a gesture of acknowledgement for a craftsman’s work» he said in an interview with Design Indaba earlier this year. Creating with artisans, who utilize traditional crafting techniques, the designers established a language away from words. «With creative people and craftsmen you do not need words. If you have paper and a pen, you can draw and describe by hand, in the air, the shape you are trying to achieve. Recently, I was in Kyoto, Japan, working with the best craftsmen. I did not need to speak in Japanese or need a translator; I now know how to have a dialogue without words – with tracing your hands in the air to describe a shape». He continues, «The most important thing as a designer is to have empathy, empathy for the person you are working with, and empathy for the technique. To work with a craftsman means you need to know the technique, both the possibilities and the limits».

Recalling his experiences working with the Venini glass artisans on the Italian island of Murano creating his Lighthouse lamp for Established & Sons, Bouroullec discusses the temptation for a designer to rely on the artisan’s skill without questioning – exchange and product evolution have to be involved in the creation process to ensure longevity and thoughtfulness. «Blown glass is that it always has a certain degree of beauty to it, no matter what. From the technique to the final object —ugliness rarely appears. The difficulty occurs in trying to create something different, in inventing something that has not been done». He resumes, «the temptation to rely solely on the skill of the artisan is perilous for a designer. There is a sense of romanticism involved. You might be happy with yourself at the moment because of the beauty, of the gesture, of the movement. The object itself, out of this context, needs to have strength to be interesting. One has to be hard with oneself with these techniques and craftsmen: the day after, you will be shocked because what you thought was marvelous appears less compelling. And the day after that, you consider restarting». It would be about perfecting a product, researching, and reworking pieces which were produced already, but approaching them from a perspective of newness. The ‘Hanging Wall’, a Bouroullec Studio textile system which was designed to create a space in a space, was re-interpreted a couple of years later, resulting in a range of wall-hangings and chair designs starring modern techniques.

Developing ancient techniques however has allowed an industry and its community to sustain itself. «One of my most interesting industrial relationships is with Magis, a furniture company in Italy. The starting point of each project with them is a technique called Ferro Battuto [beaten steel], similar to when you would once create a suit of armor — a prehistoric technique. The last collection with them we did, Officina, took three or four years to develop». Bouroullec continues, «There was a company nearby Magis in Veneto that had 25 craftspeople working there who had success in the 60s and 70s. After the collapse of 2008, they asked Magis if there was a way they could work together to help sustain them. We went there – the goal was to invent a language with this old technique to help them survive and redevelop their company. By chance, it was a success of importance. After years, they have new people in the company. Working with artisans satisfies, but when you see your work has a social impact, people continue to work and to survive. Some companies that we are working with have survived because of us».

The brothers have collaborated with a variety of industry names, always paying attention to the craft and knowledge of the workers. Tradition, craft and collaboration is being seen as the core for sustainability. For one of their projects, the fountains of the Rond-Point des Champs-Élysées, a team of 250 contributed to the building process. «A collective intelligence took shape to meet the technical complexity of this undertaking. Durability, an assembly and ease of maintenance, were at the heart of this engineering feat». The fountain structure was built using a bronze and aluminum alloy designed to resist environmental changes. Crystal and light have been combined in a tailor-made lighting feature. «There are few women with whom we have developed products; engineers are most often men. When it comes to textile-related techniques, though, there are many female engineers or prototypers. This echoes our family background: our father would look at a project from a structural perspective – he was doing physical work with materials like wood and metal – whereas our mother taught us sewing and handicrafts. Women and men have a different approach to making, and I love the feminine ways. It is linked with an ability to concentrate». For the future of design, both brothers agree. Collaborating and utilizing techniques to rediscover objects would push the industry towards longevity.

Ronan & Erwan Bouroullec (born 1971 and 1976) are brothers noted for their design work, which has been featured in publications and museums globally — and spans a wide range from tables and chairs to tableware, rugs, textile walls, office furniture, ceramics, art objects and urban projects. Brothers Ronan and Erwan Bouroullec were born in Quimper, Brittany where previous generations of their family had farmed. Ronan studied at the École nationale supérieure des arts décoratifs, subsequently assisted by his brother, Erwan, who graduated from École nationale supérieure d’arts de Paris-Cergy.