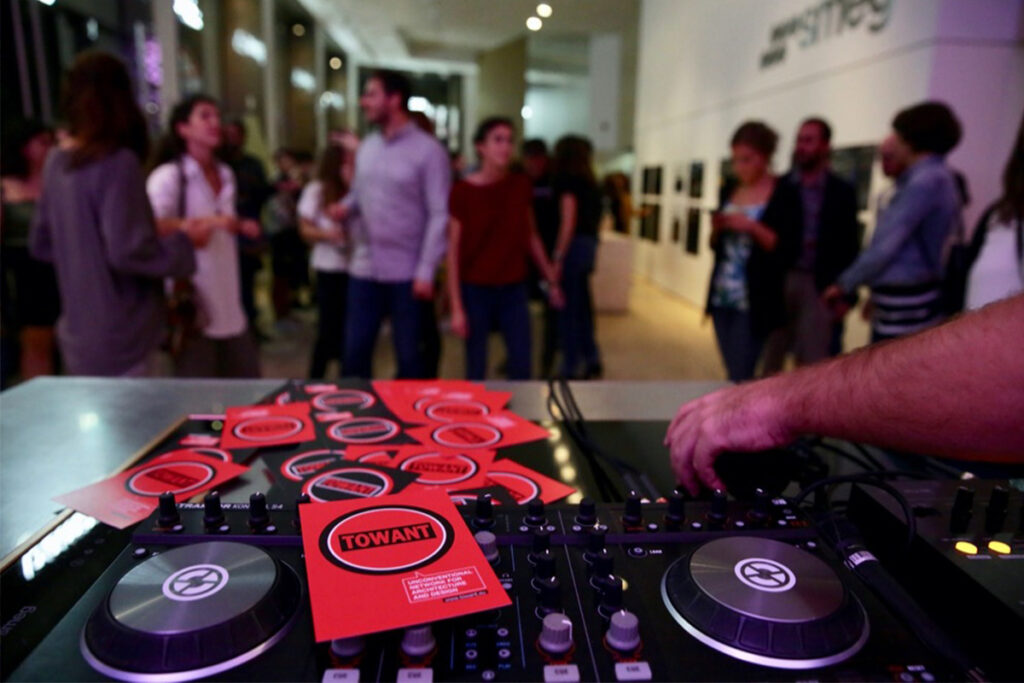 Architects and designers: people, not products – sixty-one studios are hosted for a party in eleven showrooms, where they play songs that define their team

Towant, an informal network for architecture and design

We know architects and designers for their work: plans, buildings, products. The team of people behind it – the creators – is often hidden. Some may say it is not a big deal: must we really get in touch with studios’ human forces? Italian event agency Towant has a different take on things. Self-defined as an ‘informal network for architecture and design’, it organizes events that aim to shine a different light on studios. Through their people’s personal traits, such as «their favorite dish or the music they listen to», explains Gianluca Lupi, Towant’s founder and director. It is a way to «understand where ideas come from». And from whom.

After Covid-19 halted some of Towant’s plans over the last two years, the agency is once again bringing projects to life. One of its formats is DjArch, first launched in 2015. Mr. Lupi defines it as «a party in Milan’s design showrooms, where the architects aren’t displaying their products. They’re DJing». The new edition will take place on Thursday 22nd September, and it will involve sixty-one architecture studios, twelve brands and eleven showrooms. Each space is going to host five or six studios. The selection of the studios participating took months, having started during earlier summer. «It’s not necessarily to have big stars. But we still look for studios of a certain level» Mr. Lupi says. The event will start at 07:30 PM. Mr. Lupi expects that «people will dance, have fun and have a few drinks». DjArch’s partner is Bombeer, an Italian beer brand founded by the ex-footballer Christian Veri.

Each studio, explains Mr. Lupi, «is going to showcase a six tracks playlist that represents its identity. All the playlists will then be uploaded on Spotify, where there’s also going to be a more general compilation with two tracks picked from every playlist». Members from the studios will play their music alongside eleven professional DJs. Each event is going to be open to the public: attendees are asked to choose their favorite playlist.

The results will make a list of eleven selected studios that will later participate in a sort of tournament to decide the winner of Dj Arch Milano 2022. To promote the general public’s participation, Towant has signed a partnership with Cityscoot. The sharing service will offer discounts to attendees driving its eco-scooters to move from one place to the other.

DjArch has been growing since its launch in 2015. «First time we did this, it was just a studio paired with a showroom. There were four of five showrooms involved, with a small number of studios playing there. It eventually became a little bigger. Many studios come back year after year. In 2019 we had maybe five thousand participants», says Mr. Lupi.

Milan’s DjArch has proved to be a hit for Towant, but the agency wants to expand. December will see London’s second edition of the event, three years after the first one took place. But Mr. Lupi explains that Towant has plans to export the event even further from Italy and aims at Northern Europe. «Not just Berlin and Amsterdam, but also countries where design is vital, like Norway». The philosophy is always the same. It wants to create an occasion to build a healthy network, to get people to know each other.

Towant, based in Tuscany, near Florence, has already been organizing events outside of Italy for a while. Some of them were in Basil, others in Lausanne, Paris, Istanbul, New York. Formats include ArchichefNight, where architecture and design studios cook their favorite meal for participants to vote, and Mixology – similar to Archichef, but with cocktails involved.

Then there’s Archibike, a cycling tour running through places suggested by the studios. Past editions took place in cities like Florence, Bolzano, and Turin. They bring architects and designers in a trip through Italian vineyards, White Design Christmas brings them skiing in the mountains, DesignSail on a boat trip.

Towant works with Italian and international design brands and architects to create a network between them. It organizes unconventional events, focusing on the people behind a studio and not on their projects.