Fashion Books, Milan: the niche attitude and that very first encounter with Versace

In the early Eighties, Alessandro Andrei was fresh out of university and had just found a part-time job at the Einaudi bookshop, at Galleria Manzoni, in Milan. One day, he was working behind the counter, when a young man with dark curls stepped in and bought two copies of an illustrated book displayed in the shop window.

That young man was Gianni Versace, and Mr. Andrei, as he would soon find out, was about to experience the boom of Italian high fashion and the rise of the Made in Italy all around the world. Little did he know then that in a few years he would work as a target for the fashion, design, and architecture publishing.

Mr. Andrei was able to sense the potential of an expanding world which not only demanded the latest issues of fashion magazines, but needed references – photography, architecture, cinema, literature, color theory. In a time when social networks were far to be invented, an expert bookseller could save a designer’s collection by providing them with the right publication. «Even today» claims Mr. Andrei, «I can spot which detail or pattern has been taken from a book I’ve sold to the designer».

In his forty-year-long career, Mr. Andrei replenished his catalogue by visiting book fairs all around the world, and established long-lasting partnerships with Armani, Moschino, Fiorucci, Pomellato, Gianfranco Ferré, Krizia. In 2018, he decided to open a private studio, Fashion Books, at via Kramer 33, in the district of Porta Venezia.

One doesn’t end up in Mr. Andrei’s studio by chance, if only because one needs to make an appointment. Once its doors open, one can sense the nature of this place – not a bookstore, not a private collection. The studio is lined with design pieces of all types – like the baroque armchair that was displayed at the Dolce & Gabbana store. Customers who visit Fashion Books are long-standing partners of Mr. Andrei or up-and-coming designers in search of a one-of-a-kind book they could never find in a common bookshop.

Mr. Andrei’s passion for vintage illustrated books started in the mid-Nineties, in New York, when Shawn Gunson, Diana Vreeland’s assistant, introduced him to this business. When Shawn Gunson died a few years later, Mr. Andrei took a flight to New York and participated in the auction sale of Gunson’s collection. He came back to Milan with a pile of fashion books printed in the Fifties, Sixties and Seventies.

If it’s true that social media dominate the fashion industry, they should not be always trusted as they often ‘recycle’ the same images and aesthetics over and over again. That is why booksellers still play a role in design and fashion. «Designers have to consult specialized publications if they want to step off the beaten path and create something original» adds Mr. Andrei.

From books, to catalogues, to magazines

Browsing through the stacks in Fashion Books Milano, one encounters a variety of stimuli. In books that are design pieces themselves – like Il rumore del tempo by designer Gaetano Pesce, with its horsehair, silicone and iron cover. In the photographic collections, or in the classics of fashion literature. After all, as Terry Newman wrote in her book Legendary Authors and the Clothes They Wore, a fashion collection is a compendium of references and influences, backed by research and held together by the designer’s own taste.

A fashion catalogue is therefore a census of its time’s aesthetics, as all literature is a mirror to its time’s society. What work of art captured the Twenties better than Fitzgerald’s The Great Gatsby, or portrayed Manhattan’s Upper East Side better than Capote’s Breakfast at Tiffany? 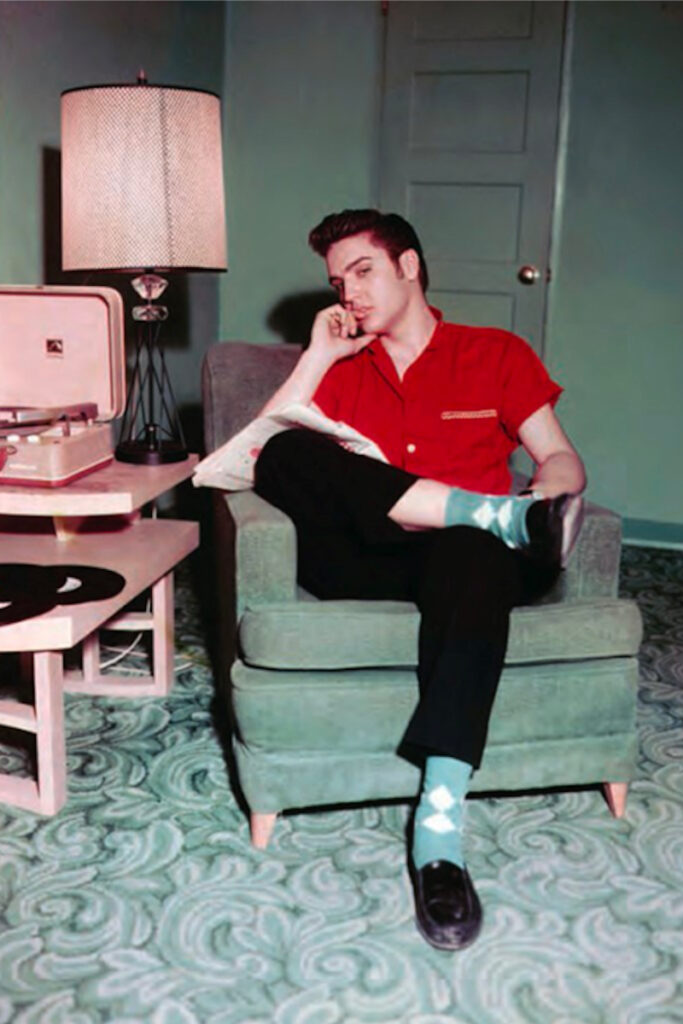