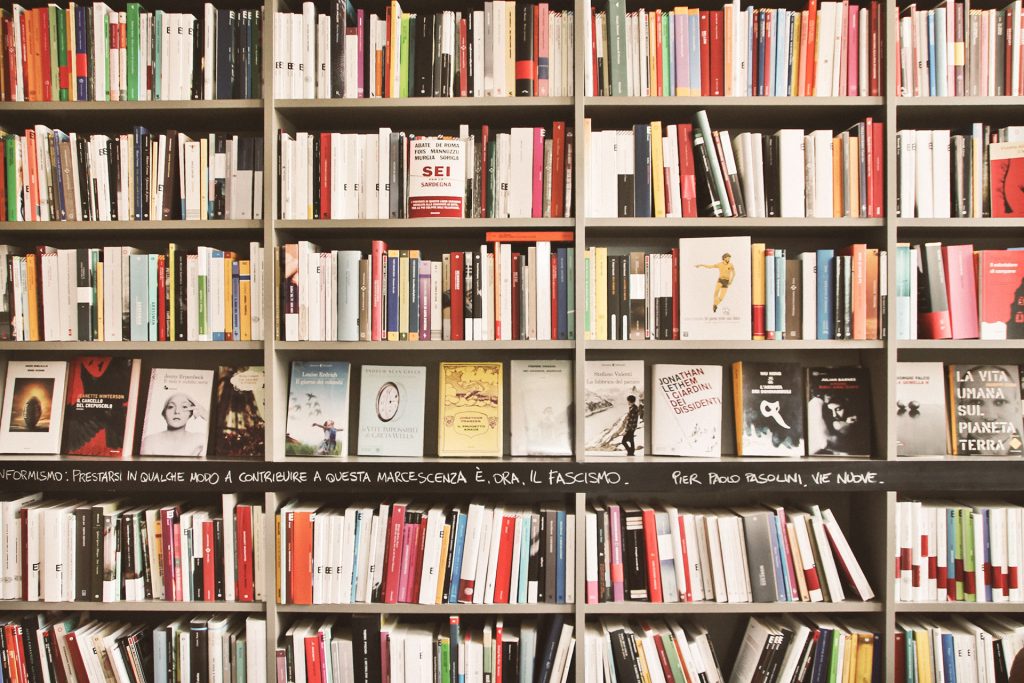 Gogol&Company, Milan. A social and cultural catalyst for the local community

According to Tosca, each reader has two souls. There are those who wait for the right book to call for them. While, there are others who, instead, ask for advice

An independent bookshop in a central neighborhood in Milan, Gogol&Company was founded in 2010. Over the years, it has undergone many changes that contributed to its popularity. The two-story bookshop is located in the area where Tosca, one of the founders, was born and raised. Giambellino, in fact, is a gentrified neighborhood. It gave the three founders the stimulus to create a recognizable space that could become a social and cultural catalyst for the local community. The idea of aggregation that lies at its base is what conquered locals and reading enthusiasts.

The objective of the three founding members was to create a place that encouraged exchanging and learning. Gogol&Company does not only function as a bookshop. But also as a café, a co-working space, and an exhibition venue. «It was necessary to distinguish ourselves from other realities and to find new ways of promoting literature. We chose the strategy of inviting guests to stop by and slow down for some time», Tosca explains. This idea of identity and hospitality, the pillar of Gogol&Company, has allowed the independent bookshop to attract readers and develop a connection with them, compelling them to come back.

The choice of its name influenced the personality of the store. Anyone who has been to Paris will surely have heard of Shakespeare&Company. The independent bookshop that has hosted writers of the calibre of Fitzgerald and Hemingway. Gogol&Company pays homage to the Parisian bookshop, as well as to the three partners’ passion for the writings of Russian author Nikolaj Gogol and the music of the American band Gogol Bordello.

As the founders explain, Gogol&Company hosts projects in which artistic creation becomes a tool for observing the present and proposing new visions of reality. Despite a predilection for photography and illustration, Gogol&Company believes that art deserves to be promoted in each and any of its incarnations, as long as it integrates different languages, being able to excite and communicate with the entire community. This logic also applies to literature-related events.

The preferences of staff members have always influenced the selection. This should not be seen as a limitation of what guests can learn. But rather as an attempt to promote the diffusion of culture while ensuring staff members appreciate and support the material presented. «We have had the luck of working with people with different skills. We placed them in a situation where they had the freedom to experiment and make suggestions. Their proposals widened our universe of taste and references». Each reader has two souls

There are those who wait for the right book to call for them and there are those who, instead, ask for advice. «We are an independent bookshop. Our staff members take care of selecting and suggesting books. A different publisher marks every corner. Further, we are in direct conversation with each one of them», their manifesto declares.

The gradual disappearance of social centers, libraries as well as cultural facilities in the Giambellino area created the need for a gathering place. The introduction of a co-working space was a natural decision to take. Guests can sit down on the second floor to study or work on their laptop. They can share thoughts with their armchair neighbor and enjoy a coffee and bagel during breaks. «Some people spend the entire day in our bookshop. We think that it demonstrates how well we cater to our guests», Tosca comments.

Gogol&Company is a bookshop, a café, a co-working space and an exhibition venue in Milan.