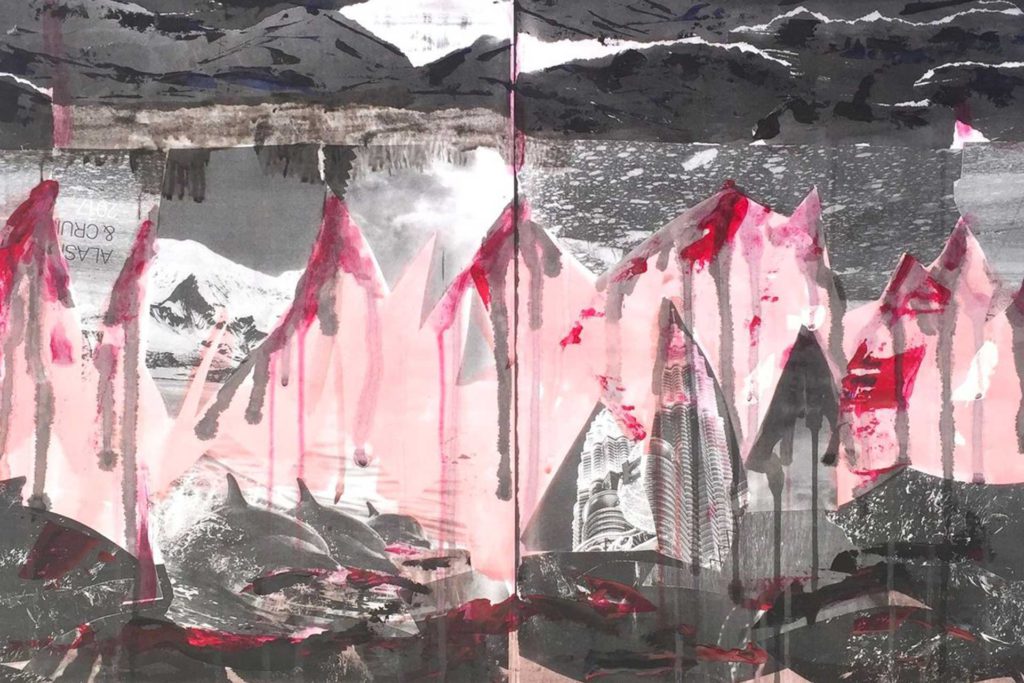 Increased contact with different animals and ecosystems has created opportunities for illnesses to be transmitted to humans, and global trade has magnified the scale of the outbreaks

Climate change and deforestation can increase the risk of zoonotic spillovers and impact transmission chains. Since the Nineties, scientists have examined the correlation between the extensive ecosystem disruption and the emerging of novel infectious diseases, the increased occurrence of pre-existing contagious illnesses, and the presence of antimicrobial-resistant strains among the re-emerging pathogens. In its 2006 Global Risks Report, the World Economic Forum (WEF) warned world leaders about the increasing risk of pandemics and contagious diseases, which diffusion would be facilitated by global travel patterns and inadequate warning mechanisms, impacting several industries. In January 2020, the World Health Organization’s Director-general Dr. Tedros Adhanom Ghebreyesus, declared the COVID-19 outbreak a public health emergency of international concern (PHEIC), the UN agency’s highest level of alarm, utilized to define extraordinary events whose implications go beyond their state of origin’s national border and reach global proportions. If unmitigated, climate change will keep on magnifying pre-existing health threats and initiate novel public health challenges. The Pan American Health Organization (PAHO) estimates that among climate change’s indirect impacts on human health figures an increased risk of food-and-water borne diseases, caused by an acceleration in microbial growth and pathogen transmission and a shift of the geographic and seasonal distributions of diseases such as cholera and schistosomiasis. The international public health agency reports that by 2039 the risk of diarrhea could increase by between eight and eleven percent in the tropics and subtropics. Climate change could exacerbate the risk of vector-borne diseases, as these illnesses caused by an infection carried by blood-feeding arthropods like fleas, ticks, and mosquitoes and transmitted to humans and other animals, may become more prevalent because of the long-term changes in rainfall patterns and in temperature  that are among the consequences of global warming. Between 2005 and 2006, Chikungunya virus (CHIKV) epidemics affected western Indian Ocean islands and India after the initial 2004 outbreaks in coastal Kenya. At the time, the region was experiencing unusual rain patterns, droughts, and warm temperatures. Researchers suggested that the infrequent water replenishment of domestic water storage systems caused by the droughts and the elevated temperatures facilitated the transmission of the Chikungunya virus from Aedes spp. Mosquitoes to humans. In the Malaysian Borneo, between 2000 and 2017, 6.04 million hectares of forest were lost due to agro-industrial agriculture, forest fires, and logging. The deforestation and associated environmental changes in the region have been identified as primary factors behind local P. knowlesi transmission, the chief leading cause of human malaria on the Southeast Asian island.

Infective diseases have affected human societies for millennia. Increased contact with different animals and ecosystems has created opportunities for illnesses to be transmitted to humans, and widespread trade has availed the scope and scale of epidemics and pandemics. The Antonine Plague of 165 to 180 AD is one of the earliest recorded pandemics. The disease that has been identified as an underlying cause of the decline of the Roman Empire and later its fall, through its influence on military conscription, spirituality, and religiousness, and the cultural and political growth of North and East European tribes  is suspected to either be an early appearance of smallpox or measles. Between 541 and 549 AD, an outbreak of the bubonic plague hit the Sasanian Empire and the Byzantine Empire. In the mid-fourteenth century, this disease caused by the coccobacillus bacterium Yersinia pestis and carried by infected Oriental rat fleas (Xenopsylla cheopis) reappeared in Europe. Brought on by plague-infested rats traveling onboard Genoese ships, this pandemic has caused and precipitated cultural, economic, political, and social changes in Europe. Its death toll is estimated to have been twenty-five million people, about a third of the European population.  The Black Death that affected Europe in 1348 marked the beginning of the so-called ‘Second Plague Pandemic’,  a series of significant plague outbreaks that affected Europe from the fourteenth to the late seventeenth century and to a lesser degree until the early nineteenth century, as the disease became endemic among the European population. The Naples Plague of 1656 and The Italian Plague of 1629–1631, which served as the backdrop of several chapters of Italian novelist Alessandro Manzoni’s 1840 novel I Promessi Sposi, were among the deadliest outbreaks. In the 20th century, the world faced three pandemics. The Spanish flu, or 1918 influenza pandemic, lasted from February 1918 to April 1920. Estimates suggest that this virus infected 500 million people, one-third of the world’s population at the time, and killed at least 50 million individuals all over the globe. Originated in the mountainous province of Guizhou in southwest China, the 1957–1958 influenza pandemic caused between one and four million deaths. The 1968 flu pandemic resulted in between 500,000 and 2 million deaths. This strain had a high transmission rate and was milder than the 1957–1958 influenza. These pandemics were caused by zoonotic influenza viruses, making them diseases that can be transmitted from non-human animals to humans. These three outbreaks were caused by H1N1, H2N2, and H3N2, three antigenic subtypes of the influenza A virus (Kilbourne 2006). Since 1968, H3N2 IAVs have kept on circulating among humans, causing epidemics, morbidity, and mortality. 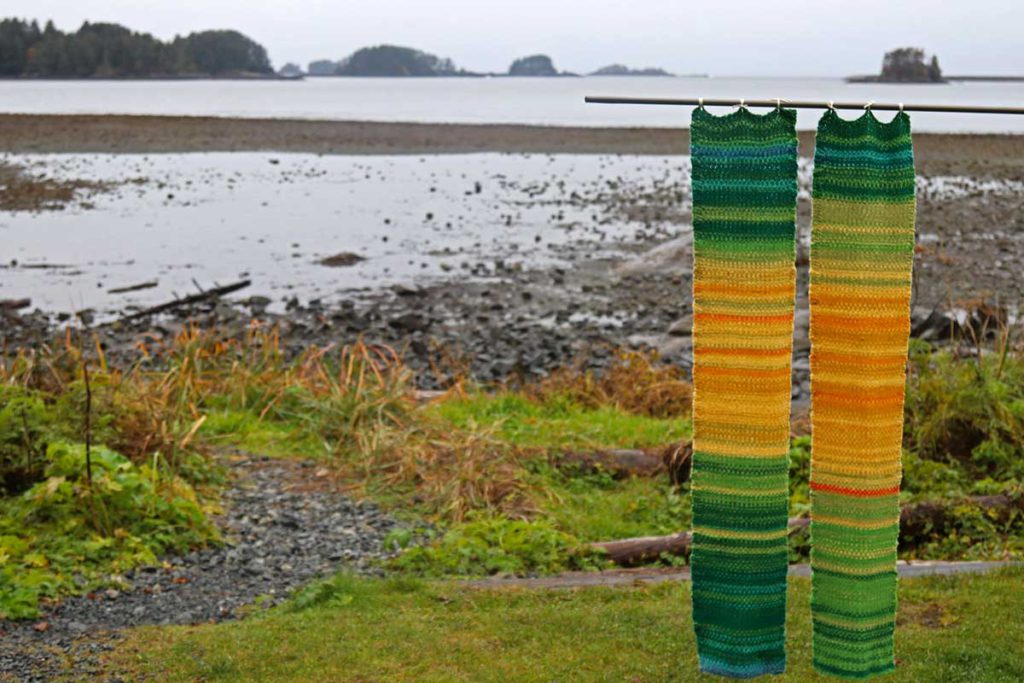 The consequences of centuries of deforestation: biodiversity loss

On our planet, 10.000 years ago, forests covered forty-five percent of the Earth’s land (UN) and fifty-seventy of the world’s habitable land, which amounts to fourteen-point-nine billion hectares. Of these six billion hectares, only four billion are left after centuries of deforestation, with one-point-four hectares of the world’s forests being destroyed during the last three centuries. Today, about half of the world’s habitable land is used for agriculture, with animal agriculture occupying seventy-seven percent of the agricultural land through pasture and cropland for animal feed. According to the United Nations (UN), the annual rate of deforestation between 2015 and 2020 amounted to ten million hectares, marking a decrease from the twelve million hectares’ yearly rate of 2010-2015. Deforestation and forest degradation contribute to the current biodiversity loss, as when animal species are deprived of their habitat and prevented from relocating, they become extinct. Biodiversity loss can impact human wellbeing; as damaged ecosystems cannot provide the services needed by human societies. Human activities that modify the state of forest ecosystems can result in biodiversity loss, which facilitates the cross-over of pathogens from non-human animals to humans, as ecosystem degradation and the consequential biodiversity loss shorten the gap between humans, wildlife, and its bacteria and viruses. «When humans and domesticated animals start residing in areas where they have never been before, they become parts of a cycle that is not their own. In these areas, animals such as bats host an impressive amount of viruses, bacteria, and parasites, and when humans and domesticated animals come into contact with them as parts of these new altered ecosystems, they become susceptible hosts that wildlife pathogens can infect. Viruses are part of our world’s biodiversity, just like birds, mammals, amphibians, and insects, and have inhabited our planet for the longest time. Some researchers have hypothesized that a high level of biodiversity causes the so-called ‘dilution effect’, where buffering species of plants, animals, and other beings keep humans and animals that harbor disease-causing pathogens apart, decreasing the risk of disease transmission. The more anthropogenic events erode the numbers of buffering species the more humans are likely to come in contact with these pathogens. When biodiversity was still intact, the pathogens that can cause zoonotic diseases did infect animals from the buffering species from time to time, but not all organisms are suitable hosts. When a bacterium, a virus, or a parasite from a reservoir infects a new host, the latter can die before transmitting it and allowing the pathogen to find another host. When the buffering species numbers dwindle, humans can end up as one of the few species left, which exposes them to viruses they would have never come in contact with if they didn’t wipe out those species themselves», says Sara Platto, Ph. D., Associate Professor of Animal Behavior and Welfare at Jianghan University.

The most influential companies in driving forest-risk commodity supply chains

According to the 2019 New York Declaration on Forests Five-Year Assessment Report, deforestation and land-use changes are responsible for around thirteen percent of global greenhouse gas emissions. The Forest 500 assessment ranks the 500 most influential companies and financial institutions in driving forest-risk commodity supply chains. Among them are publicly listed companies such as Gap Inc., Wendy’s Co., Shiseido Co. Ltd., Kraft Heinz Co., Prada Group, Nike, Adidas, and privately-owned companies like the Ferrero Group. Financial institutions like the Germany-based bank Deutsche Bank and the Italian banking group Intesa Sanpaolo have been financing companies in forest-risk supply chains. Deutsche Bank is among the top ten lenders to Forest 500 companies, with loans amounting to more than forty-one billion USD across a wide range of forest-risk sectors. Intesa Sanpaolo is one of the top forty-five lenders to Forest 500 companies, with more than five billion USD in loans to forest-risk sectors.

She works as Associate Professor Animal Behavior and Welfare Jianghan University in Wuhan, Hubei, China. Dr. Platto has been working in the field of animal behavior as a veterinarian and academic for the past twenty years.