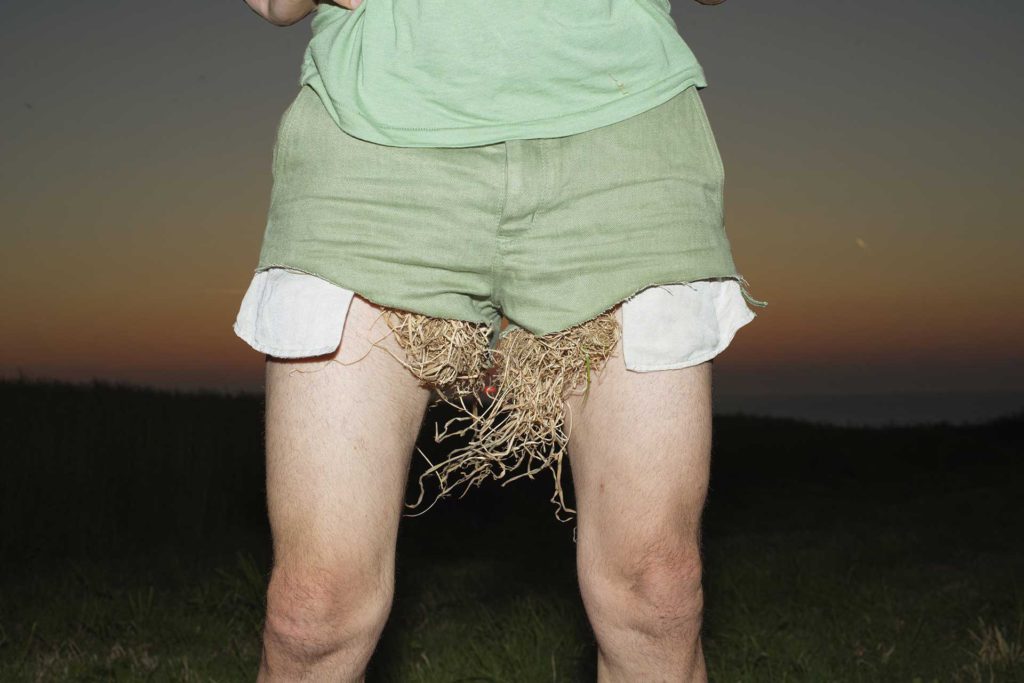 Swiss brand Freitag introduced the methodology of fully compostable clothing in 2015. Whereas the majority of the fashion industry deems sustainability a simple marketing challenge rather than an existential crisis, Freitag has led the tangent since 1993 when it launched the recycled truck tarp in the form of durable bags.

While this circular model of the brand engaged in end-of-life value management, the compostable clothing line is circular in its existence; garments decompose into the same soil that their fibers came from. Elisabeth Isenegger, PR lead at Freitag says: «you can plant your salad on your old Freitag jeans».

Brothers and founders, Markus and Daniel Freitag, developed a biodegradable textile dubbed F-ABRIC. It uses minimal chemicals; limits wasted resources and is developed within a 2500 km radius from the brand’s factory and headquarters. F-ABRIC’s purpose is rooted in creating durable, sustainable and ecologically sound clothing for Freitag factory workers.

The mission is to create workwear that decomposes completely without leaving behind any harmful residues or a guilty conscience. Fulfilling this meant working from the fiber up, forging a garment construction technique that rendered every component degradable, from labels to buttons.

In partnership with a team of textile experts, ‘pret-à-composter’ was developed, initially offering denim jeans and followed by a range of shirts, blazers, jackets, sweatshirts and add-ons like aprons and ties. True to a brand whose raison d’être is to put the environment first, Isenegger affirms that while the designs were launched commercially, the focus was not on endlessly scaling the clothing line.

Rather, on creating a proof of concept that will leave its mark on the entire textile industry. Pret-à-composter’s ‘from the factory – for the factory’ aesthetic has catered to a clientele rather uninterested in fashion statements.

«We are into long-term, basic garments whereas trends have a start and end – their life cycle is short and we do not take part in these fashion cycles», shares Isenegger on the point of compostability potentially encouraging trend-based consumption. She further clarifies «if the garment can decompose we can feed into trend cycles, but it is not a solution as production is still heavy on resources».

The science of fiber to F-ABRIC

The term natural acts as the common denominator for all raw materials used to create this one hundred percent biodegradable textile. Ecological footprint follows as a close second; plant-based bast fibers, hemp and flax, have a number of  qualities which work in favor of their ethos.

Particularly, they have a low level of water consumption. It also eliminates the element of toxicity from the manufacturing process as   there are no pesticides or chemicals used in their cultivation; Freitag also waives bleaching and use of irrigation-intensive cotton.

These materials range from dense weaves of linen and hemp to soft, breathable blends. In an expression supporting the compostable aspect of F-ABRIC, Isenegger shares «when a product has to finally be disposed off, it can rot in peace on the compost pile».

Freitag claims that the clothes require a couple of months to biodegrade before becoming fertile soil for new raw materials to ensure continuity of the cycle. The ability of F-ABRIC to «rot in peace» largely depends on the other components used in the garment construction.

With the exception of a removable metal button that can be disassembled from the pants, the garment is fully biodegradable. Some buttons are au naturel — made from dried up seeds of tagua palms found in highlands of Central and South America.

Selvages use linen and labels use F-ABRIC.  In a bid to strengthen their claim on sustainability, Freitag also ensures that the journey from fiber to product is as short as can be given the circumstances; their production process is distributed across neighboring European countries.

The bast fibers are sourced from France, Netherlands and Belgium, while the modal fibers are produced from Austrian beech wood. The yarns are spun in Slovenia and Italy, the fabric weaving and knitting is distributed between Italy and Portugal and the final garments are then sewn and washed in Poland.

From research and development to enacting a supply chain that didn’t exist before, the process did have its challenges. In designing for biodegradability, the rate of degradation of all components of the garment had to be taken into consideration. During the testing phase, three months after the first pair of trousers were deposited on the compost heap, everything but the polyester thread had decomposed.

As a solution, the polyester thread was replaced with lyocell, a yarn made of wood pulp cellulose fiber. Certain standards set by the European Union need to be met in order to be certifiably compostable. The categories include  chemical composition, biodegradability, disintegration and quality.

The standards limit the use of volatile matter and heavy metals in the composition and mandate that more than ninety percent of the original material decompose by biological processes within six months of disposal. Dyes play a huge role in this area. Freitag had to discard indigo as the dyeing process caused both their hemp and linen ( which are ten times sturdier than other fabrics) to tear.

Isenegger reveals that «colors are one of the key ingredients in a garment. We wondered if we could manage with only natural dyes – but quality and color-fastness wise, it just did not meet our standards and then we found low-impact reactive dyes with GOTS standards».

The after-life of compostable clothing depends on the relationship with organisms in the soil: «Problematic colors will fail compostability tests as the soil can get toxic. With aid from an external institute, we had to let the garments rot to then examine the soil and the activities of the creatures living in the soil». There was also a fair share of obstacles related to the supply chain; factories rejected the project due to its complexity or financial backlash of globalized, easy-to-process cotton production.

One year into the development process of F-ABRIC, Freitag’s weaving mill partner in Germany backed out. Additionally, the new Italian partner needed time to absorb the weaving know-how; the eradication of even the tiniest traces of polyester from the clothing was an energy-intensive process that waylaid other important logistical decisions like packaging.

«Our very first pair arrived from our sewing partner in Poland and were delivered in a plastic bag. That’s when we realized that we had to insist on biodegradable packaging too. We found a solution in tapioca starch».

Is compostable clothing met with skepticism regarding durability?

Recounting the odyssey of F-ABRIC, Isenegger reveals that despite the enthusiastic feedback received from customers, press and textile experts were convinced that there had to be challenges on the horizon. The perception of compostable clothing was met with some skepticism regarding durability due to lack of knowledge about compost equipment, cycles and processes.

«We have had to communicate it in a careful way so people who do not have a compost pit in their home don’t think it’s a throw-away garment or a disposable garment». The concept raised intriguing questions adding to Freitag’s post-production troubles: «We had cases when people asked ‘what happens if I leave new Freitag denim in the washing machine and it is still wet? Will it rot immediately?’».

Largely, the garments are dedicated to people who want to invest in something sartorial yet grounded. Isenegger reveals that there is an intersection involving clients of the famous Freitag bag, but new fans for the clothing had to be found to open up a diverse target group for the brand: «we found people who are looking for clothing that don’t leave any questions unanswered when it comes to transparency and consequences».

A comparison in circularity: recycling vs. composting

Freitag balances its product offering between two different end-of-life value chains – both ticking the boxes of circularity. While the renowned waterproof messenger-bags made of recycled truck tarpaulins can be repaired and swapped for generations, the workwear clothing line is biodegradable and will hence become part of the soil when put into a compost pile.

The brothers have always claimed to think and act in cycles, establishing the brand’s two approaches to circularity before it was a buzzword in this industry. Given that a single product can generate value repeatedly, as in the case of Freitag bags, the means of value creation in a circular system is progressively different to that in a linear system. «We really try to push it to the extreme when it comes to lifespans. The tarp lives eight to ten years, becomes a bag for another eight to ten years and we offer to repair it again and again. Finally it can be swapped in for a new one within the Freitag community», shares Isenegger.

Absurdization of the value chain

The twenty-eight year old company is constantly updating the rulebook on how brands can extend themselves in the realm of sustainability – either by ramping-up reverse logistics through their bag swap program or by bringing in an ‘absurdization of the value chain’ through a project in which recycled bags were converted back into tarp and then re-recycled into bags again.

Though the bags give a second life to waste material, they still take a long route before arriving at the trash. In comparison, biodegradable clothing is great for the environment but warrants a critical look at end-of-life value management.

According to Annie Gullingsrud, circular fashion consultant and author of Fashion Fibers:Designing for Sustainability, there is little sense in biodegradability from an economic perspective as you can’t sell something that isn’t there. Recycling consumes energy that composting does not but its value-multiplier effect prompts more enthusiasm.

«Right now the status quo holds the recycling business much bigger than our clothing line. There is a chronological reason for this as we are well known for our bags – over twenty eight years. Business and turnover wise the clothing line is still a delicate plan. It was never our goal to endlessly scale our clothing but rather to show the industry that it is possible to make decent clothing with no negative impact on the environment or workers»

The Swiss-brand was launched in 1993 by brothers Markus and Daniel Freitag with the goal of recycling truck tarps into water-proof, durable cycle-friendly bags. The brand also created a biodegradable textile for accessories and clothing in 2015. 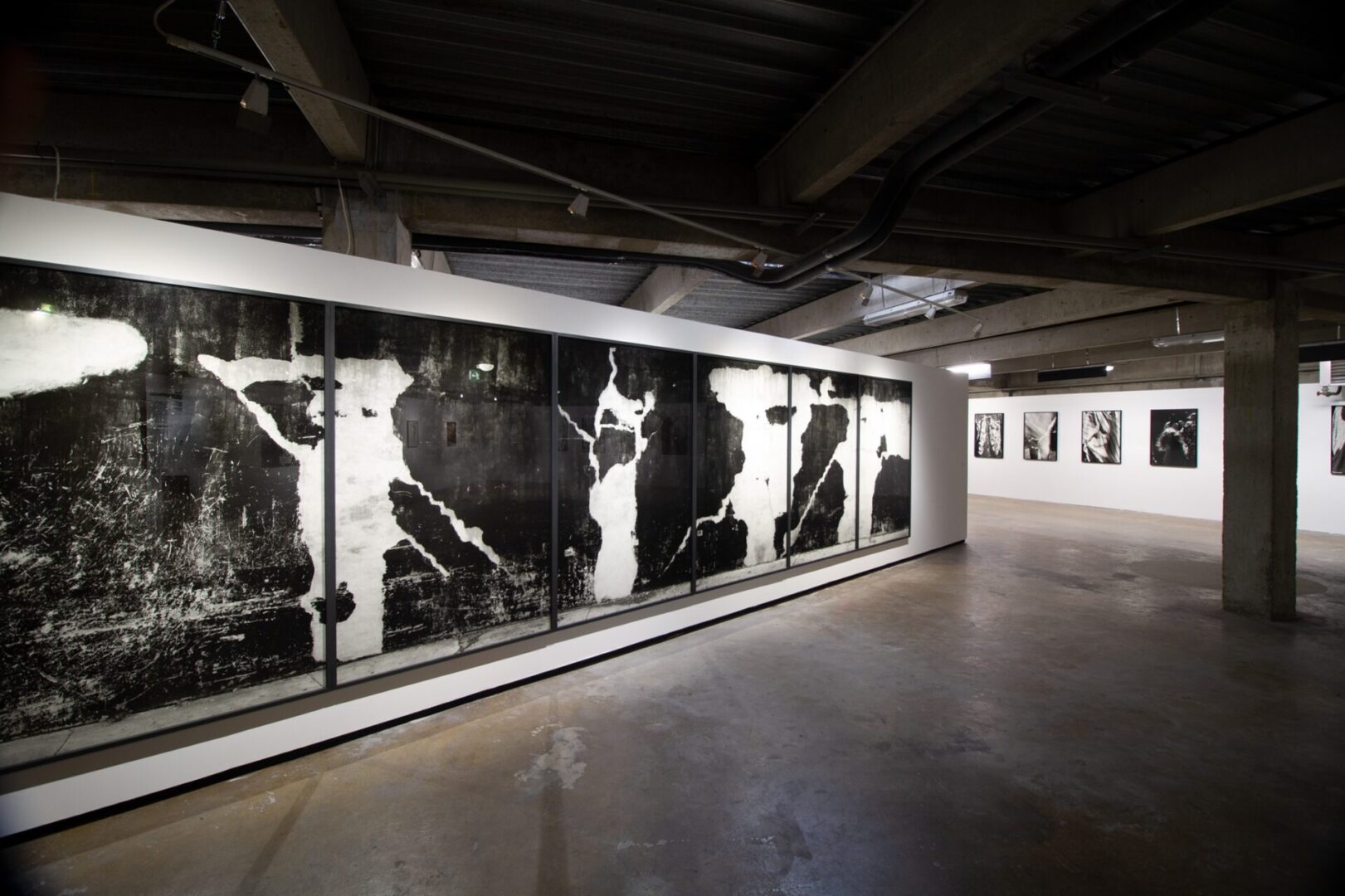