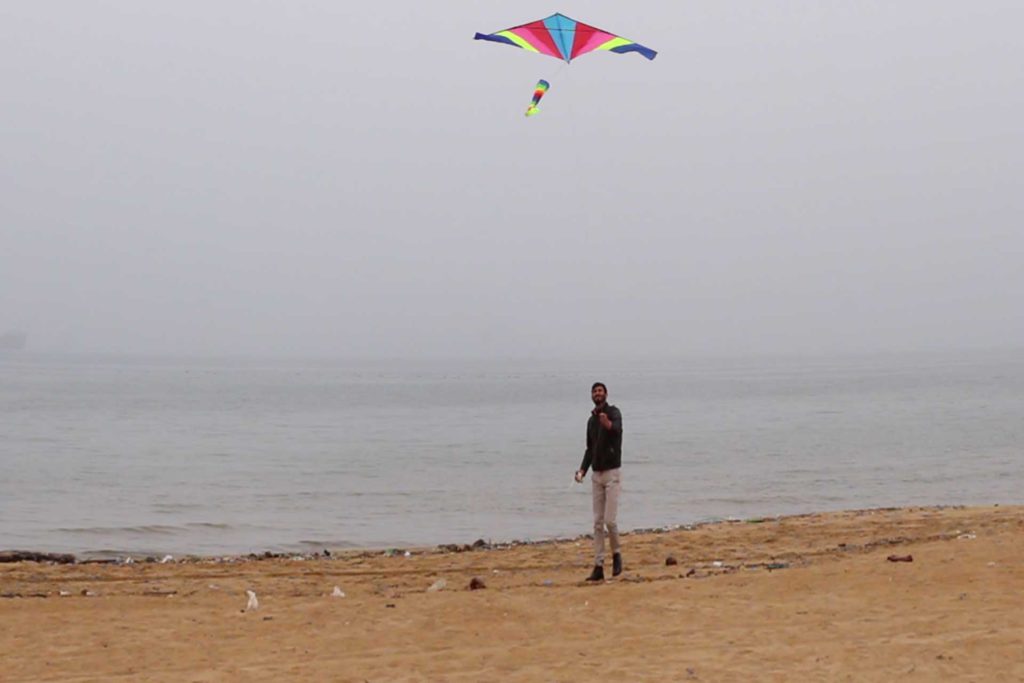 The variety of methodologies of Forensic Oceanography research

From case to case – Sometimes NGOs or other organizations that are active in loco contact F.O. with intelligence, to bring their testimony and ask them to collaborate and design an investigation. In other cases, it is the researchers themselves who identify a case that they believe is worth investigating, and thus contact local institutions to ask for help.

The methods for acquiring data also vary according to the nature of the incident studied: «there isn’t any specific workflow that applies to all cases. It is the case we are investigating that requires the blend of a certain series of techniques, expertise and forms of knowledge». One of the first cases was that of the so-called ‘Left-to-die’ boat, which began with just the testimonies of the surviving migrants, who had been left on a boat with no fuel while being watched by the Libya coast guard without being given any help.

«It started from the stories alone, there were no images or other supporting evidence». Here, technology proved to be a useful resource: «there were no images or other supporting evidence we had to activate a series of technical skills and knowledge from using satellite images». They then worked in collaboration with an oceanographer, in order to trace and reconstruct the trajectory of the boat, «looking at sea streams and winds». All the harvested data was then put together in a series of maps that «starting from the testimonies and cross-referencing them with those data, allowed us to reconstruct the case precisely».

The creation of Forensic Oceanography (F.O.)

In 2011, researcher and filmmaker Charles Heller and architect Lorenzo Pezzani, created the project Forensic Oceanography (F.O.), with the aim of collecting information and substantiating the testimonies of surviving migrants with the help of data and surveillance technology. Forensic Oceanography is part of the broader organization Forensic Architecture, a research agency active at Goldsmiths University (London) that investigates human rights violations.

«The project» explains Lorenzo Pezzani, «was born in the wake of the Arab Spring, after registering a need for accountability that emerged in those months in 2011 after the many shipwrecks and deaths happening in the Mediterranean right after the collapse of the regimes in Libya and Tunisia». The first difficulties arose from the floating nature of the environment studied: managing to get access to information at sea is not as simple as it is on the mainland.

It is way harder to be able to find clear signs and clear proofs when events happened on water: «the Mediterranean was still an opaque space and people didn’t know what was going on at sea». Although some intelligence came from migrants who had been able to sneak mobile phones into detention camps in Libya, it was still difficult to know what went on after the departures from the coasts. At the same time, most of the activism and the news tended to focus on death tolls, which «is and remains a fundamental aspect but has the limit of giving a distant picture of what is happening, leaving the sea opaque». The idea behind Forensic Oceanography was to unveil those events and share them for people, especially in Europe, to see: «we asked ourselves what would be the tools to understand and show in detail what was going on with the people that we knew had left Libya via the Mediterranean but with which we had lost contact». On the other hand, sometimes the problem turns out not to be the absence of data or the inability to reach it, but rather the opposite.

In 2017 one of the Sea Watch search and rescue teams experienced a close and delicate confrontation with Libya’s coast guard. In that case the problematic aspect of the research was the surplus of data, footage and images.

Since 2015, with the presence of ONGs in the Mediterranean the situation had changed, and «aware of their role and of the contested nature of their activity from the beginning, they were equipped with cameras and GoPros, becoming tools for the recording of audio and video material. The issue was not finding out something that had not been recorded on camera but managing to put together all the footage we had available to reconstruct a 360 vision of what was going on».

The cameras were not necessarily all set on the same time zone or not configured with precision. Which represented a difficulty to be able to coordinate the footage. The solution found by F.O. The team was to create a 3D model replica of the event, in which videos were then embedded to show it from all the different perspectives available.

The direct consequence of the European border control policies

Forensic Oceanography, explains Pezzani, tends to be seen as a technologically advanced discipline, but this is not always the case. Although the methodologies used are generally hi-tech and they use cutting-edge methods and tools, the work is also about human and social relations, which is essential «to create a network of connections and activism that allow us to develop the projects».

Even when the daily work involves using innovative technologies and advanced programming, what underlies F.O. as a concept is the shared human experience and intelligence, the availability to tell stories and to denounce, especially from those who lived the human rights violations firsthand. In this context, «the testimony of the people who underwent and survived those events also remains central. We would not be able to make our reconstructions without talking to migrants, who are the protagonists and allow us to keep all the other pieces together. Our work is often to substantiate those testimonies and give them added value through data».

At the same time, an effort is made to go beyond the victim-and-offender model: «besides the personal responsibilities of each and every case, we are trying to underline the systemic conditions that characterize the whole situation, due to which the specific acts of violence we witness almost become unavoidable». This goal can’t always be achieved within the realm of law: if there is no physical and individual act of harm, as in the case of the left-to-die boat for instance, it becomes difficult to identify responsibility on a legal level.

What F.O. wants to show that «the condition that leads to a shipwreck is the fact that so many people have to embark makeshift boats to cross the sea illegally, which, in turn, is the direct consequence of the European border control policies».

The introduction of ‘sousveillance’, in contraposition with  ‘surveillance’

One of the key ideas that came up during their work is that of ‘sousveillance’, in contraposition with that of ‘surveillance’. ‘Sous’ is the French word for ‘down’, whereas ‘sur’ means ‘up’. The aim of surveillance as a method is to use the same tools and procedures that were created for surveillance, reversing their scope. Surveillance wants to be a bottom-up surveillance, opposite to the traditional top-down approach with which states and institutional bodies monitor private citizens.

Overturning this conception, victims become empowered and are able to expose the perpetrators, supported by science and data. «With the spread of the common use of technological tools that can record what happens and are available to everybody and the advent of social media that enable to share the footage outside of mainstream media», it is possible to create a two-way conversation about the violations of human rights and international law that happen in the Mediterranean.

Technology also «creates some limits itself». Some argue, says Pezzani, borrowing an expression from feminist activist Audre Lorde, that «the master’s tool will never dismantle the master’s house». It becomes essential for the research, then, to reflect about its own way of acting to «understand how to use these surveillance tools without replicating their gaze». One of the ways to monitor the discipline, in the case of F.O., is art.

In order to build a «disobedient gaze» while trying to «conceal the migrants’ need for secrecy with the will to disclose what the systemic border violence is doing», they worked with images and installations. The starting point was asking themselves how to share strong and possibly disturbing images of shipwrecks and drowned, non-white bodies, without enforcing «the mainstream rhetoric that depicts the migrant just as a victim and an entity without agency».

They designed an exhibition where pictures were not immediately evident to the viewers, «we very simply presented them in installations where you had to actively look for them, thus subtracting them from an immediate view and creating a context for reflection and at the same time giving the possibility to choose not to look at these images». The inequality between the people portrayed and those who lead the discourse, however, «is somewhat endemic to the system» and, though they have tried to focus the attention on that inequality, «this does not make it magically disappear».

Still, «each of the different fields we are active in – from law to academia to art – offers the occasion and the means for a specific reflection, either on policy and international right, on the theoretical or aesthetical aspects of the matter». Improvement happens by following approximation, in a sense, by learning by doing. The Mediterranean in the past years has been a laboratory for different types of activism to develop, with the help and collaboration of Forensic Architecture.

Pezzani and colleagues now «feel that our work could be needed elsewhere as well», and are working to create a broader project, called Border Forensic that looks at the acts of violence generated from border control policies crosswise, with no geographical limitations.

Part of the Forensic Architecture research project at Goldsmiths University. Since 2011, they have been investigating human rights violations in the Mediterranean and raising awareness about border violence, with a variety of techniques spanning from oceanography, to data intelligence, to visual arts. Their investigations have been successfully used in courts.