The event took place for the first time in 2019 and waited until last June for its second edition, featuring projects from the creative minds of Sterling Ruby, Mowalola and Tremaine Emory.

The festival is back – Espace Niemeyer, Paris

Location was Espace Niemeyer, the headquarters of the PCF (French Communist Party), designed by legendary Brazilian architect Oscar Niemeyer. The projects have been on display during the annual Parisian Men’s Fashion Week, collecting people from all over the world.

The festival brings together visionary artists and creators from a range of cultural disciplines across four days. Music performances, installations, talks, and workshops were curated by Alessio Ascari, founder and art director of Kaleidoscope.

The publication acted in partnership with innovative e-tailer and resale platform Goat, to promote a curatorial and interdisciplinary approach.

The experimental and immersive event created a dream-like landscape into the building, favoring contemplation of human-machine boundaries. On a daily basis, art, fashion, architecture, music and film questioned the forms of our individuality and togetherness. Past, present and future blended into a series of talks, screenings, workshops and performances.

Visionary artists, creatives and image-makers got together, impersonating real truth-tellers and agents of change. The festival served as a constant reminder about the importance of pushing boundaries and breaking new ground.

For the duration of the festival, the hall of Espace Niemeyer will host a corner by the Air Afrique collective and a pop-up shop by Paris-based bookstore and imprint Classic.

With a pop-up cafe, Jah Jah celebrated the healthy, democratic cuisine of Jamaican Rasta culture in the cafeteria area. Entry was open to the public and free of charge, granting access to the building, installations, videos, shop and cafe. 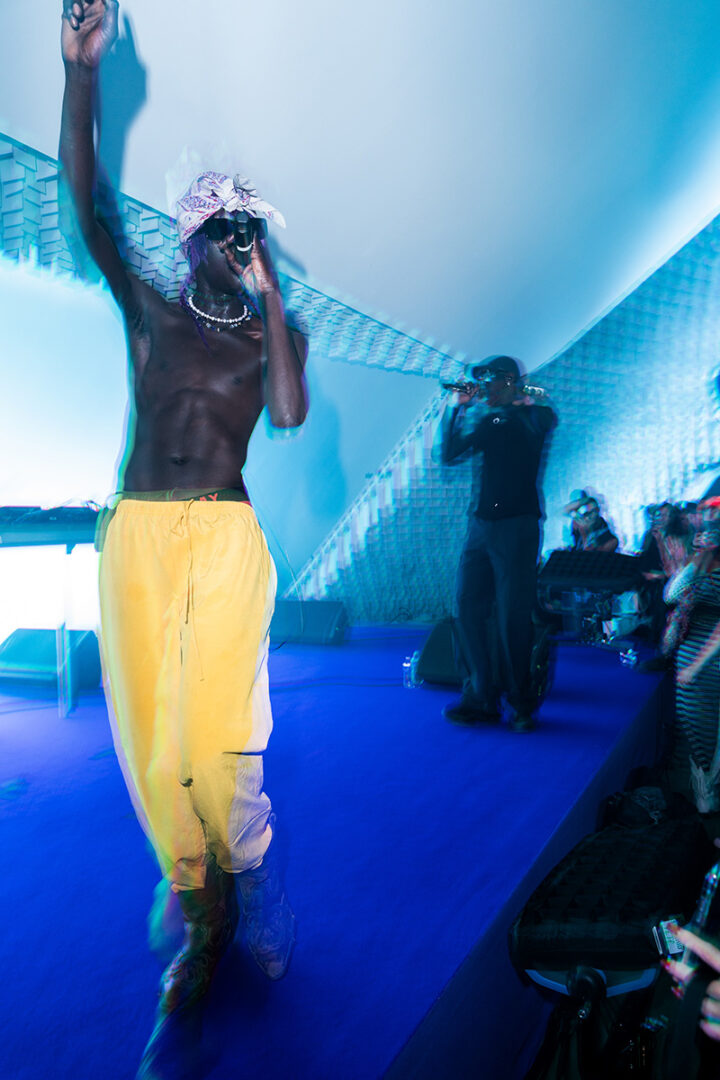 06/06 Closing party of the event at Espace Niemeyer

Some of the most interesting and influential figures on the contemporary creative scene were brought together to meet the public. With contributors such as Sterling Ruby, Mowalola, Supreme’s Tremaine Emory, Hajime Sorayama, and many others, the event amazed the visitors.

The previous and first edition ever took place in 2019 at Lafayette Anticipations, by Galeries Lafayette, in Paris. With the three days of display by Kaleidoscope Manifesto, the core functions of the gallery activated. The building turned into a machine for collective production of ideas, and the temporary home of a spontaneous community.

The main theme has been collaboration, treated as the biggest trend across fashion and design. For the organizer it was important to emphasize how collaboration between artists has been a staple of contemporary art lately. As of today, the figure of the author becomes increasingly hybrid and collective. There has been a shift from a linear creation of value onto a costellar one. We now rely on reciprocity and mutual inspiration, at times resulting in synergies.

Kaleidoscope is a biannual almanac of contemporary aesthetics and a meeting place for a global community of creative minds. The magazine’s experimental approach spans print, live and digital. Alessio Ascari founded the publication in 2009 and is the current art director. Spazio Maiocchi is its home and exhibition space in Milan, together with the annual festival Manifesto, inaugurated in 2019.

Goat is the global platform for the past, present and future. Since its founding in 2015, it has become the leading marketplace for sneakers, and has expanded to offer apparel and accessories from streetwear and luxury brands.