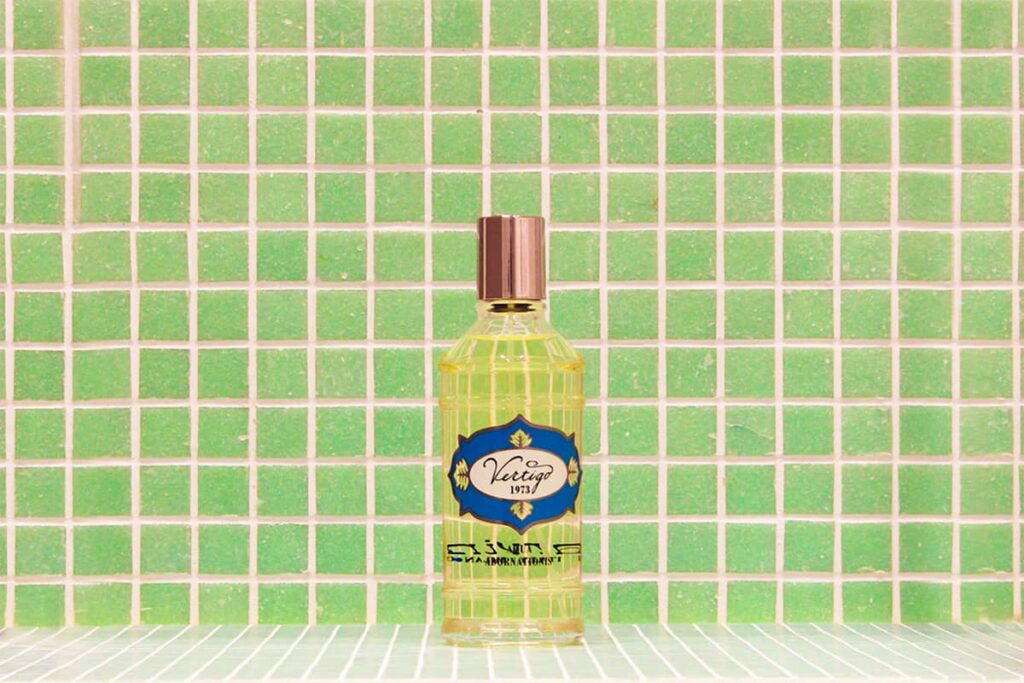 Vertigo 1973, LabSolue. A circular encounter of hot and cold

France claims supremacy in the arts of perfume – but once again, Italy shows it has the creative resources and the production ability to compete. A long-standing pharmaceutical company is an absolute perfume laboratory

LabSolue: the laboratory in Tortona, Milan

You don’t see coffee beans often in niche perfume shops. In fact, this is a laboratory, not a shop. The convention that recommends that you smell something strong – coffee in this case – to clear your nasal passages is false. It is better to smell something neutral, a mouillette (strip of paper used as a fragrance blotter), or even a shirt sleeve. In perfumery, raw materials are classified based on the olfactory, not on botany, because extraction methods yield different results. Vetiver grows in Haiti, and its roots are used. It is a shrub, not a tree, but thanks to its scent it is classified as wood. Oud is also classified as a wood scent, although it is in fact a resin produced as an immune defense by the agarwood tree.

LabSolue: the origin of the name

The name LabSolue comes from the French word, absolue – the absolute, the most prized extraction from perfumery ingredients. It also draws on the English word, lab, from laboratory, intended as a place where ideas are born. Three chairs upholstered in bronze, pink, and yellow velvet summon the three olfactory islands of the laboratory: woody, floral, and fresh (or fruity). Wooden chests of drawers form the work benches, which recall Sixties vintage pieces – modern antiques, jars of raw materials, and amber glass bottles with frosted stoppers, like those used at one time for medicines, in order to protect them from light and heat degradation.

Everything can be traced back to the pharmaceutical tradition. To smell the perfumes, glass funnels are used. The essences are kept in steel refrigerators, in the dark, at five degrees Centigrade. The perfumes are formulated, personalized, and labeled on the spot. In fashion terms, one speaks of the difference between silk and viscose – in perfumery, you start from the difference between perfume (which is composed of 15-30% essential oils) or eau de Cologne (which contains between 3-5% essential oils). Or else the difference between wood and root. Ambra Martone keeps some raw materials sealed in glass jars to show clients. Ambergris is a secretion of the intestines of the sperm whale, which today is sourced only by contraband means. It has an animal odor, pungent, initially almost disgusting. If you smell it again, the scent seduces.

Entire plants, from leaves to roots, are at the base of the work. «We didn’t want to produce soliflores – that is, perfumes that try to recreate the scent of the raw material in an aseptic environment», Ambra Martone recounts. «Ours are compositions that are born of the plant and the territory the plant comes from. The dominant materials you recognize, but there are other elements that clarify it». Sweet orange blossom, which is less citrusy than bitter orange blossom, is not just floral but also woodsy, recalling jasmine. There is a cypriol perfume (208 Cipriolo) and a black locust perfume (30 Robinia), two raw materials previously almost unknown in Italian perfumery. There is a perfume inspired by the guayaco tree (19 Guayaco Wood), a short tree with nearly black bark, used by shamans in Central America.

Vertigo 1973 by LabSolue, from the collection Aqua Adorationis, is an olfactory dizziness. Inspired by the intertwinement of celestial bodies as they move ever closer, the blend brings together two sides of the olfactive spectrum, from the warm to the cold. Patchouli, Olibanum, and Cistus Labdanum to Vetiver, Cedarwood, and Absinthe. Nose Dominique Ropion created the fragrance, belonging to the Olfactive Family of Woody Leather Spicy Notes (Olfactive Pyramid: Top notes – ‘Revolving Celestial Bodies’ accord; Heart – Wormwood, Nutmeg; Base – Patchouli, Vetiver, Cedarwood, Labdanum Resinoïd, Cistus Absolute, Olibanum). Natural Ingredients are Wormwood, Nutmeg, Patchouli. ‘The night is never as black as before the dawn but then the dawn always rises to erase the darkness of the night. Thus all our anguish, however deep sooner or later finds reason to lessen and subside, provided we want it to. We know that there is light because there is darkness that there is joy because there is pain that there is peace because there is war and we should know that life lives by these contrasts’, writes Romano Battaglia in Notte Infinita. This must also have been the principle behind the creative process of this fragrance. «I find inspiration in a central theme composed around a raw material. Then I work on contours, volume and contrasts», Ropion says about his work as a perfumer – after his years of study and training. It was in the early 1980s with his collaboration with Givenchy that he gained success. During the early years of his career he worked at Roure Bertrand Dupont. He was later hired by Florasynth and Dragoco before joining International Flavors and Fragrances in 2000. Dominique Ropion won Cosmetic Valley’s International Fragrance – Prix François Coty award in 2008.

LabSolue has ready access to ingredients and production methods thanks to contacts stemming from the Martone family tradition, and owing to the production power in the industry that their family’s company, ICR (Industrie Cosmetiche Riunite) has today. In perfumery, as in design or textiles or any industrialized manufacturing, experimentation is not part of the large-scale production process. LabSolue is in a different position than other artisanal perfumery shops, be they emerging or successful. The Martone sisters (who died prematurely in 2021) have had an industry giant behind them, permitting them to perform in-depth utopian studies on behalf of others in the sector. It is an advantage, but also a liability, because the possibilities raise the stakes: under these circumstances, artisanal experimentation has at its disposal resources and skills that ignite the expectations of critics, connoisseurs, and journalists.

Mrs Martone is not fond of the definition of artisanal perfumery, or niche perfumery. «As far as perfume ingredients go, the classifications are necessary to orient yourself, but they can also be reductive. There are so many products out there, but very few works of art. Ours are, above all, creative perfumes, which hold research in high esteem. Even today’s perfumes that are considered ‘non-artisanal,’ the ones everyone knows about, were innovative at one time».

In Milan at the beginning of the 1950s, Vincenzo Martone founded Marvin, a company that specialized in pharmaceuticals and antibiotics, which would soon diversify into skin care product development. In 1975, Roberto Martone took over for his father and began creating perfumes for Italian brands, and ICR was born. Gianni Versace, Nazareno Gabrielli, Nicola Trussardi, Romeo Gigli – all chose to work with ICR starting in the 1980s. With ICR producing their perfumes, they were able to work together at every phase, from the idea to fragrance development, all the way through to production, packaging, and distribution. Most brands choose to license perfumes that are already produced – the houses that work with ICR are the ones in search of greater consistency.

Vincenzo Martone was an aesthete. The aesthetics of Marvin, the maniacal care taken with the product and the attention to detail is today found in LabSolue – a brand of artisanal perfumery created by Giorgia and Ambra Martone in 2013. LabSolue’s products are wrapped in boxes made of paper that recalls fragrance blotters, the absorbent strips used to sample perfumes. A handwritten label lists the contents of the bottle and the name of the essence. The seal depicts an alembic with the letter m inside, the original logo of the Marvin brand. On the back of the bottle, even today, one finds: Marvin – Made in Italy.

A library for perfume culture

In 1987, ICR left its original headquarters at 15 Via Tortona and moved to Lodi. In the former perfume factory space, the Magna Pars arose. ICR continued expanding internationally: in the 1990s, it signed exclusive contracts with Asprey, Bvlgari, and Ferragamo. In 2013, ICR opened the hotel Magna Pars Suites, the very first Hotel à Parfums in the world. The hotel is intended to bring back the spirit of the old pharmaceutical company which is today a perfumer. There are forty guest suites, each one linked to a fragrance.