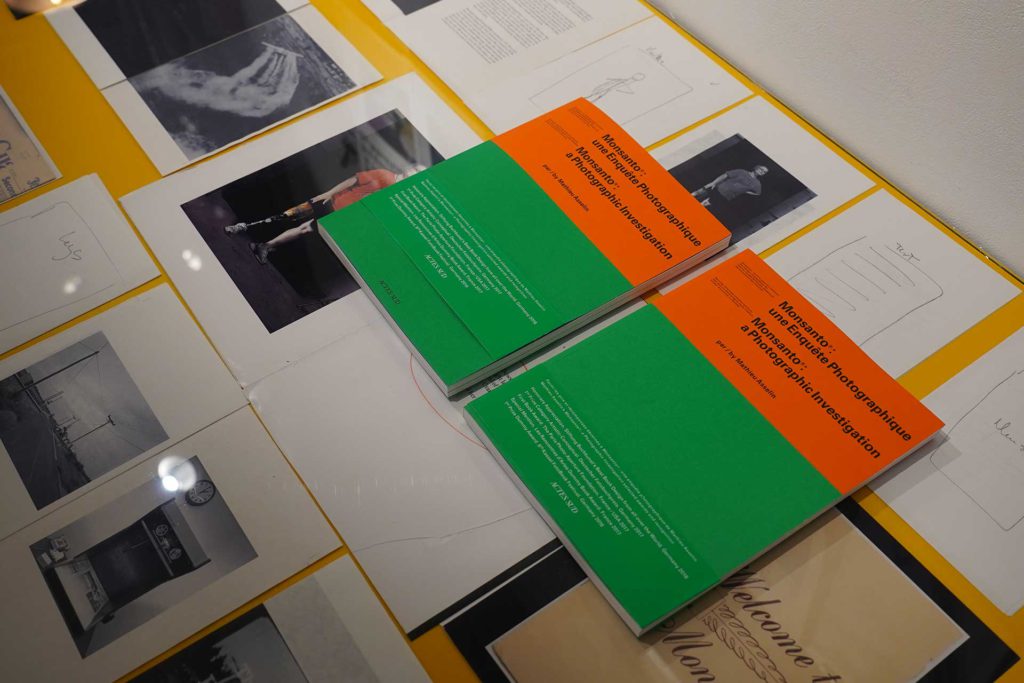 The Library Project, Dublin. A shop, gallery and festival dedicated to printed photographs

«It all started with a festival in 2010», says Ángel Luis González, the man behind Ireland’s number one address for photobook lovers. A conversation about his cultural hub in Dublin’s Temple Bar

Heading to Ireland, chances are you will find yourself in Temple Bar sooner rather than later. Dublin’s pub and entertainment district is the number one tourist spot in the country. Drinking holes, bars and stag and hen parties aside, it also doubles as the capital’s main cultural quarter. The Library Project, a photography-themed gallery, library and bookshop all in one, is right in the heart of the action. Catering to camera geeks, photographers and lovers of pictures alike, it plays an important role in promoting established and emerging artists, while educating the public about all things camera.

The Library Project: a photography-themed gallery

«It all started with a festival in 2010», explains Ángel Luis González, the man behind the lens-focused hub. Born in Madrid, he worked as a news reporter before moving to Dublin, opening a design studio and later taking a degree course in Photography. Graduated, Ángel came up with the concept of PhotoIreland, spent a year «talking to everyone from artists to the Dublin Council and the Minister of Culture», before launching the first edition of the festival in 2010, which is now the island’s leading annual event in the field.

«In our second year, we decided to run an accompanying book fair dedicated to photography. At that time, photobooks published by the artists themselves were a novelty in Ireland», he says. «Through the book fair – which we still run today – we established contacts with publishers worldwide. They now provide us with photobooks both for our library and the shop».

In 2013, Ángel and his team were offered a one-month pop-up residency to showcase their treasures. The Library Project was officially born. In October of the same year, they moved into a permanent space in Temple Bar. Taking up the latter was a gamble for all sides, as The Library Project founder admits. «We applied to be tenants as an organization that didn’t even have the funding for a whole year. When they said yes, we were in trouble because all of a sudden, we had to pay the rent, we had obligations and commitments».

The idea behind The Library Project

The two-storey hub today features a library and gallery space upstairs while visitors can purchase books, framed photographs, magazines and merchandise on the ground floor. «The idea behind The Library Project is to give customers the opportunity to discover books that are not available elsewhere in Ireland, to support artists from around the world and to share ideas. But also to place photography in context», explains Ángel Luis González, pointing out that «the photobook shop has turned into an arts bookshop» over the years.

«While the photobook remains our focus, photographers also need to understand disciplines such as architecture and design. We, therefore, provide them with reading material». The owner estimates that the library and shop stock «a couple of thousand books and magazines». While located in the Irish capital, the team’s aim is to represent as many countries as possible in their space.

«We have an open door for Irish artists and hardly ever say no if they want to sell at our shop. But our goal is to have a global selection», Ángel says. «There’s still countries we are missing, like Africa and South America. We are reaching out to emerging artists, we travel abroad ourselves and we also have informants in the scene. Some of them are our customers».

Talking about the selection process at The Library Project

The Library Project founder wants to mirror the scene in all its diversity. «The bookshop and the library space are similar to the PhotoIreland festival. We want to showcase everything that is out there in photography. It’s about the artists and their works. Sometimes we see items we thought would never sell become popular. While others we believed had potential to rest on the shelves».

When asked if his own photographs were being sold on-site as well, Ángel shakes his head. «I only do photography when I am on holiday these days. But I get to express my creativity in other ways. Since I ran a design studio prior to The Library Project, I am now responsible for everything design. All the festival materials, the tote bags we sell, the jumpers, postcards, bookmarks and more».

The entrepreneur also doubles as an art director for the organization’s own publication OVER Journa’. «The first Irish critical photography magazine», as he describes it. The idea for the magazine had been floating around since 2010. But the first issue only appeared a decade later when the Covid-19 pandemic hit, and The Library Project temporarily closed its physical doors.

With the pandemic restrictions lifting, Ángel is keen to restart the regular events on-site. Photography exhibitions, artist talks and cultural projects together with local colleges. There’s also professional programmes allowing newcomers one-on-one support for a year while photographers from abroad are invited for guest residencies. And, of course, there’s the PhotoIreland festival, next taking place in July 2022. 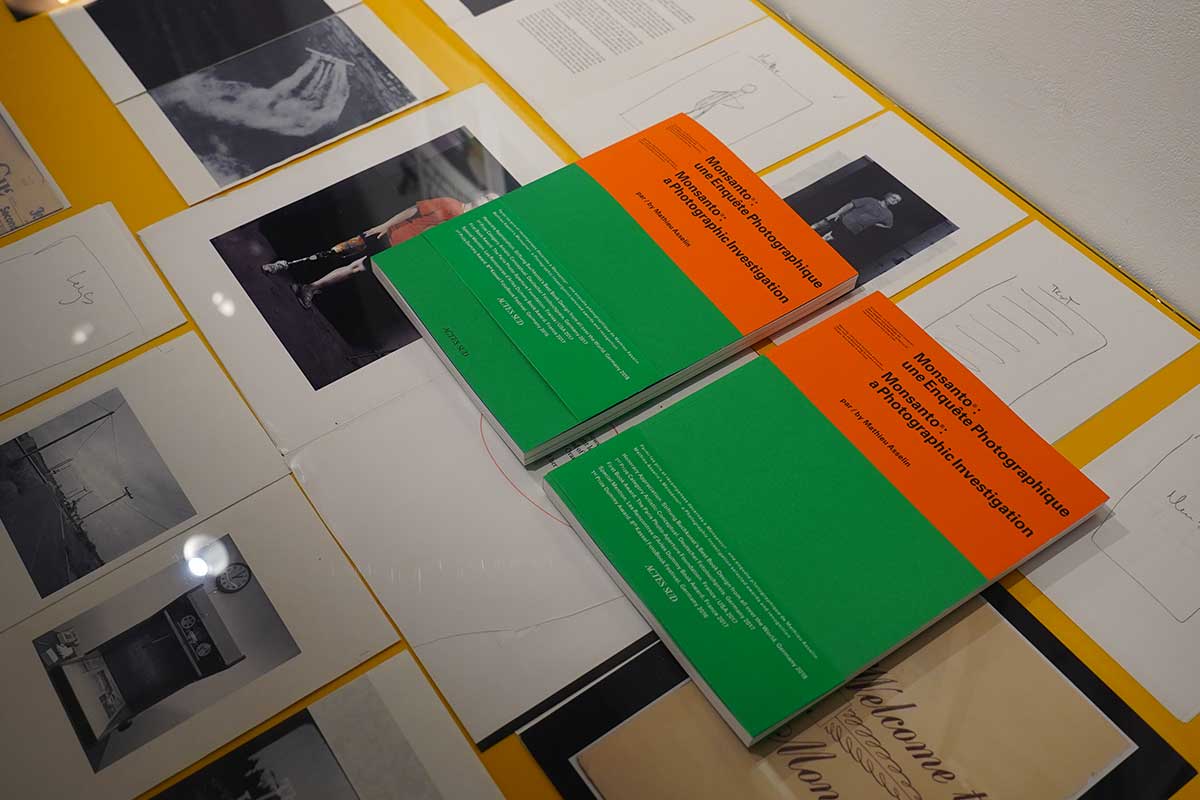 Ángel Luis González sees a mix of locals and tourists popping into his Temple Bar place. «We are in Dublin’s tourist zone number one, so about forty percent of our customers are visitors to Ireland from abroad. About a third are Dubliners. While, the remaining thirty percent are Irish people visiting from other parts of the country». During the pandemic, on-site sales dropped, due to the lockdowns and the lack of tourists into Ireland. The sales continued online, and photobooks are being shipped on all continents from the Dublin headquarters.

Current bestsellers include Speak The Wind by Hoda Afshar, a picture journey through the Hormuz Island in Iran, Robin Hammond’s All we have left is the Chain, limited to two-hundred copies worldwide, and the works of Luis Alberto Rodriguez, a photographer who had a residency at The Library Project.

Despite digital books rocking the market in recent years, being part of a nice is something not to worry about for Ángel. «One of the things about photobooks is the fact that they are printed. In the arts, we appreciate textures and materials. You can’t enjoy a photobook the same way on your iPad or phone. If an artist manages to turn his photobook into a video version, it’s a way to offer additional value. But they will never replace the actual printed photobook».

The Library Project is an arts bookshop, a photobook library and an active gallery space.