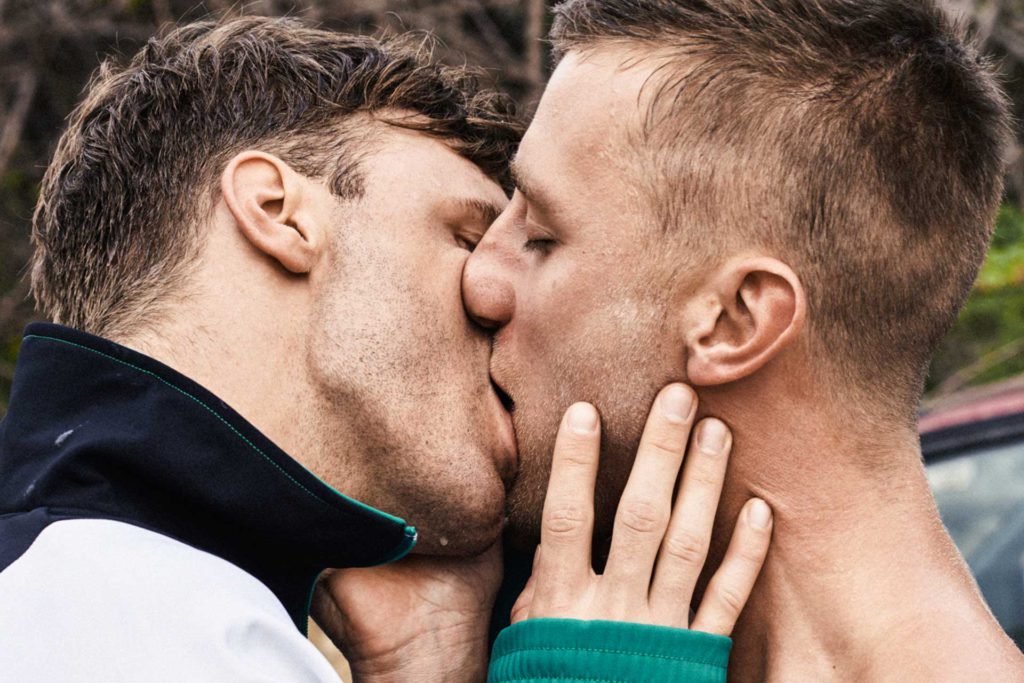 Mendo Amsterdam. Fifty published works and a bookstore away from the shopping district

Friends Roy Rietstap and Joost Albronda founded Mendo in 2002 in the extended confines of a hotel – now it is also a publisher. Relocation in 2019, it persists in playing the role as a bookseller in the Amsterdam area

Rooted from the adoration for paper, MENDO, Amsterdam was founded by friends and business partners Roy Rietstap and Joost Albronda in the year 2002. Situated in the Nieuwe Doelenstraat area of Amsterdam, in the extended confines of a hotel, MENDO has since evolved from its role as a disseminator of books and literature to now being a publisher of the same vein. Having relocated their flagship store as of 2019, MENDO persists in playing the role as a bookseller in the Amsterdam area.

Sitting in on behalf of MENDO for the interview is Rietstap who holds the position as the founder and general manager of MENDO, Amsterdam. «The pillars of MENDO revolve around the laudation and assiduity for paper, images and the construction of quality literary materials», explains Rietstap. As he puts it, MENDO, Amsterdam was a hobby that was brought to life between Albronda and himself as a means to explore passions in literary materials alongside manning their graphic design and communications company. Having founded MENDO beside their graphic design studio’s office space, they have since grown from their business model of selling literary goods to assisting creators in designing and publishing them as well.

Rietstap shares that his proclivity to printed literature and magazines traces back to his time as an adolescent. It was during this period where Rietstap began collecting magazines, in particular, from countries abroad. This, he explains, is a trait that developed by itself and one that was not influenced by family members or friends. «Joost and I started MENDO as we shared similar interests. It has since grown into a full-time business». Albronda, who worked with Rietstap as a copywriter at his time in the communication company, averted his skills to graphic design.

As such, since their involvement in publishing, MENDO has since produced fifty published works – where Rietstap oversees the content of their published works whereas his partner, Albronda’s role, is to oversee the designs of the books. Some examples of works include Cuisine Carine, L’HOMO. LE Book, and This Time Tomorrow. Having worked together for the span of two decades now, Rietstap elucidates that their individual expertise alongside to those from their members of staff has allowed for the growth of MENDO to occur in an organic manner, signifying their presence as a provider for literary goods in Amsterdam and the greater Netherlands.

Having relocated themselves from their prior location, Rietstap states that MENDO, Amsterdam acts as a bridge, connecting those of varying generations and cultures in the consumption of printed literary goods. The internal identity of MENDO’s physical space is described by Rietstap as a hybrid between an English library and a living room of a modern design dialect containing literary pieces from renowned publications. The books are arranged side-by-side in their respective categories, imploring those visiting to extend their stay by picking up a book and burrowing themselves into the seats.

The derivation to the name of MENDO, Amsterdam was a metamorphosis of their initial bookstore business. Having conducted a business in a similar vein – selling books that fit their desired scope of visually pleasing covers with a depth in content – their ethos diverted after the 9/11 disaster that took place in New York. «Our initial business began in the Brielstraat area in Amsterdam where the name of the store was Eleven, after the number of the lot it resided in. After 9/11, we intended on reformatting the structures of our business and to change the name of it as well. Eleven as a name of a business did not sit well with us as it carried negative nuances».

Having had their updated business model ideated, the pair and their team members were contextualizing names for the business when they came up with the name ‘MENDO’. As Rietstap elucidates, when the word is broken down, the end syllable of the brand’s name ‘DO’ evokes a sense of motion which motivates a linear progression for the company and its members. Rietstap adds that the name is accessible across languages where individuals are able to pronounce it in a similar cadence, allowing customers and those unfamiliar to the brand to retain the name in their circle of thoughts.

Having begun the functions of MENDO, Amsterdam by formatting the ethos of the business as a gallery that sold literary goods, the framework of the business took a turn at its five-year mark. As Rietstap explains, MENDO halted its sales of artworks and magazines over time, focusing on supplying, instead, a curated collection of books to their pool of customers. «Since our change of business functions in 2007, we have once again implanted artwork into the ethos of the business». Now in collaboration with creator and photographer, Bastiaan Woudt, MENDO is utilizing their space in their flagship location to plateau the works of the artist.

Woudt’s artbook entails an assemblage of works from commissions with his clientele and his personal collections over his ten-year tenure as a professional photographer. Capturing landscapes and portraits in a monochromatic minimalist shade, his prints are on display across MENDO’s physical space for viewing and purchase. Offering its customers a home-like feel with a combination of art and design is how MENDO retains its pool of recurring customers while standing itself apart from its competitors. «In a sense, we initiated the lifestyle section as a business model when we launched MENDO in 2002, an inclusion that brands are following through today. We have in our flagship location an opportunity for guests of MENDO to learn, create, eat and cultivate a community for like-minded individuals to congregate and to buy literary goods».

Secluded away from the primary street of Nieuwe Doelenstraat, Rietstap says that customers who frequent MENDO, Amsterdam are those who are interested in the materials sold there. As such, the co-owner terms the bookstore a destination site surrounded by buildings of sorts that is away from the shopping district. Burrowed in the once conference area of Hotel De L’Europe, MENDO overtook the space in collaboration with the owners of the hotel. The intention was to carry forth a mindset of working with and implementing Amsterdam based businesses into the hotel’s identity. To evoke the internal identity of MENDO, the owners collaborated with Nice Makers – the designers who partook in structuring the voice of Hotel De L’Europe.

Having formed a relationship with Nice Makers whilst designing the interior design company’s logo when manning his communications and graphic design business, he shares that MENDO and the team of designers have formed a linear design language over time. This has allowed for Nice Makers to curate MENDO in a style that best fits the owner’s vision. Bathed in the glow of orange lights, the design of the store is meshed with a mix of wooden furniture, metal framework complemented by lighting fixtures and furniture that has since enamored MENDO’s guests.

«We have had a chain of guests inquiring about our furniture and lighting pieces within MENDO. As such, we have since included information of each piece to assist and allow our guests to learn in depth and, if so, purchase it for themselves». The mood that sets MENDO is of importance to the business as Rietstap explains. In upholding this, those working on site ensure that lighting, music and the olfactory senses of guests are curated for satisfaction.

‘Friends with Brands’ project and collaborations with brands

Alongside to selling book items, MENDO caters to its customers through the sales of items under the category ‘Friends with Brands’, a subsection of items that have been curated and brought in by the team of staff members. Under this category, Rietstap shares that the items are those made by peers within the locale or within the industry. «The defining characteristic of each product is that we, the team, have to enjoy its purpose and its function as a product. This applies to reading materials that we bring in and publish as well». For now, the items being sold under the category of ‘Friends with Brands’ are a collection of perfumes by perfumer Mona di Orio.

Catering to businesses, MENDO, Amsterdam assists in the publication of books for companies alongside their art and culture books that are produced each year. «Our involvement in curating and publishing books for brands began as an experiment which led us to formatting it as a business offering». Open to the idea of collaborating with brands, the co-owner of MENDO foresees collections of items being released in limited quantities to be sold across platforms. An effort to maintain environmental practices, MENDO recycles their waste as per city regulations and maintains an aversion to plastic usage. Rietstap adds, «As a bookstore, there is dexterity in following through a green mindset business practice, but we do our best in upholding the practice to reduce our carbon footprint».

Having hosted events prior to the pandemic, MENDO looks to host in-person book signings, gatherings of like-minded individuals and art related exhibitions in the upcoming year. «As regulations have been laxed as of late, we have hosted book signings with digital visual artist Vivian Sassen for example». In the coming months, MENDO looks to remain as a disseminator of literary goods, remaining out of the limelight and curating a journey for their business that mimics its ethos – an emphasis on content and visual appeal in books.

Situated away from the shopping district of Amsterdam, MENDO is a bookstore and a publisher that caters to readers who are enthralled by art, photography, and fashion-based literature. Subsisting along with these genres are those that circle the works of art where the pivoting factor to each book being sold on MENDO’s platforms are visually pleasing books with depth in content.