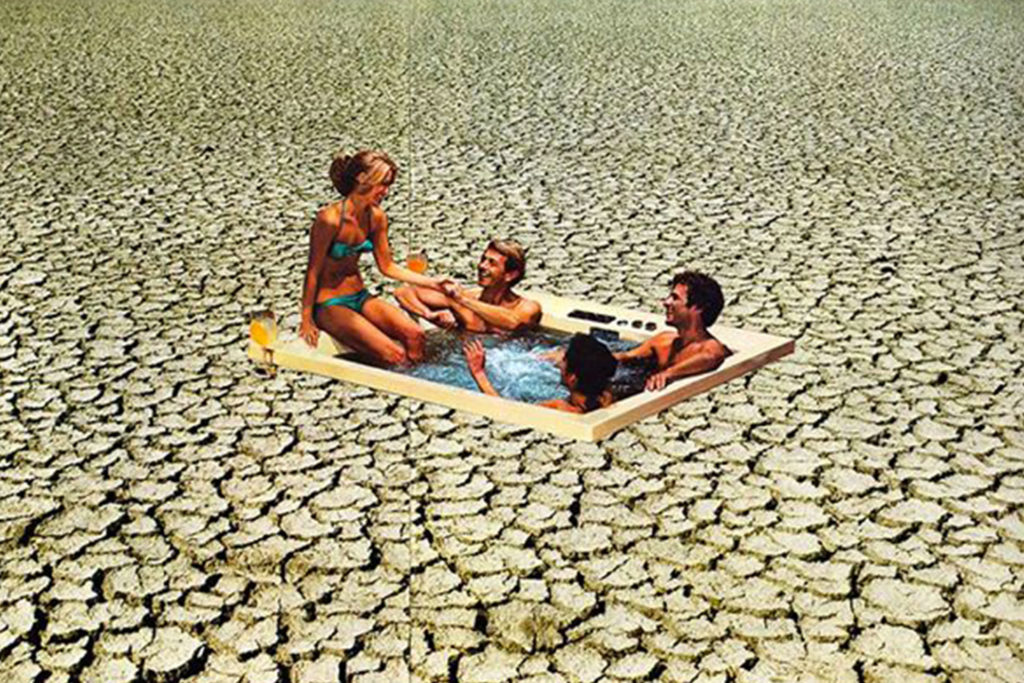 Droughts, water scarcity and air pollution – how are these issues interconnected?

According to a World Meteorological Organization report, by 2050 more than five billion people will face inadequate access to water at least one month each year

What are droughts, and what are their effects?

Droughts can affect any European region in any season and in both high and low rainfall areas. During the past three decades, the number and intensity of droughts in EU countries have increased. Between 1976 and 2006, the number of locations and people impacted by droughts in the European Union has risen by almost twenty percent (European Commission).

The Centers for Disease Control, one of the components of the U.S. Department of Health and Human Services, listed the possible public health implications which can be a consequence of droughts. These include the compromisation of the quantity and quality of drinking water. As well as that of food and nutrition; the decrease in the quality of living conditions; the incidence of illness and disease; recreational risks, the effects of air quality and the mental health effects connected to economic and job losses.

According to the World Health Organization (WHO), droughts impact an estimated fifty-five million people all over the world each year. They also report that 700 million people are under threat of being displaced by the year 2030 as a result of drought.

«As the atmosphere is heating up globally, it affects the water cycle tremendously. So you get more energy in the atmosphere. That means you speed up the water cycle with water evaporating. Then forming clouds and then falling back with rain or snow onto the land; and eventually getting into the rivers and back to the sea and so on. It means a lot about how water is found in time and space. In many cases, it accelerates intense rainfall events and makes droughts often more profound; more drastic, and maybe longer and more problematic».

«The extremities of the water cycle are being enhanced. That has caused a lot of problems to people around the world. Particularly the climate change impact is never equal. It often strikes harder on low-income countries compared to countries that are more resilient. This in terms of higher income and so on. It strikes different in society with women, children, elderly often being more vulnerable. Having to pay the price much higher than other people». This is what explains Mats Eriksson. PhD, senior Manager and water and climate expert at the Stockholm International Water Institute.

Floods and droughts and migrations

«If you have hazards striking and causing disasters in terms of floods and droughts. That means that people are affected in a community or a village. Maybe in the worst cases, the entire village is washed away in a flash flood. People lose everything they have, they have to start over again. They also might have many children to take care of, so they’re in a very vulnerable position. That can lead to internal migration within the country or even across borders spreading the impact on a larger area. That means that there will be increased competition for natural resources, water, food resources, or the ability to grow food. That, in turn, can cause conflicts and tensions. There’s a cascading knock-on effect of several steps that have to be taken into account when you look at the impact of climate change».

How does anthropogenic climate change affect droughts? The link between the rising global temperatures and the increase in droughts.

The scientists that authored the Intergovernmental Panel on Climate Change (IPCC) Sixth Assessment Report (2021) stated that since the 1950s, hot weather extremes have become more intense and frequent across most land regions due to human-induced climate change.

In the report, the scientists projected that climate change will cause an intensification of the water cycle. This will increase the frequency and intensity of marine heatwaves, heavy precipitation, hot extremes, and in some areas, of droughts.

What is the link between water scarcity and droughts?

Though the phenomena of water scarcity and drought are distinct, they can worsen each other’s impacts. In fact, in several areas, the overuse of available water resources can aggravate the effects of droughts, and their frequency and intensity can cause water scarcity.

In the following decades, this number is expected to rise. The authors of the World Meteorological Organization’s report The State of Climate Services 2021: Water state that by 2050, more than five billion people will be faced with inadequate access to water at least one month each year. Droughts can occur even in areas characterized by a continental or temperate climate, such as in Europe. In terms of seasonality, researchers from the Ludwig-Maximilians-Universität München (LMU) and the Ouranos Consortium of Montreal have found a significant decrease in slight and moderate droughts between the far future and present-day. This is shown in the winter months for Scandinavia and Mid-Europe. It is less intense for other European regions such as Eastern Europe (Böhnisch et al.2021).

Sweden, thanks to its Hemiboreal climate classified as ‘DFB’ (Warm Summer Continental Climate), isn’t at risk of incurring in catastrophes resulting from extreme droughts. Yet, in years of dry summers, water shortages can cause a water crisis in Sweden at a local and regional level; in particular in the eastern areas of Götaland and Svealand.

Northern Italy has a ‘CFA’ (Humid Subtropical Climate) climate according to the Köppen classification, with four distinct seasons. These are evenly-distributed precipitations throughout the year, hot and wet summers, and mild, cold winters.

In January 2022, Lake Maggiore experienced a slow but steady decrease in depth. It is the second largest lake in Italy and the largest in southern Switzerland. Due to this continuous decrease, on the 21st of January at 6pm, Lake Maggiore’s depth level reached zero; as was measured by the hydrometer of Sesto Calende, at the southern tip of Lake Maggiore in the province of Varese.

The consequences of droughts for agriculture, climate, forests, and quality of life

This decrease affecting the lake was driven by the drought affecting the surrounding area and Northern Italy at large. Turin, the capital city of Piedmont in northern Italy, experienced dry weather conditions for the first half of December 2021 and the month of January 2022. After the 8th of December, the occasional perturbations have affected only the mountainous areas around the border between Piedmont and the neighboring Italian regions; with the exception of a handful of rainstorms that hit the easternmost territories. The prevailing high pressure conditions had caused this long phase of stable weather in Piedmont.

Such conditions tend to increase concentration levels of nefarious air pollutants. This contributes to a worsening of the air quality, an issue that has been plaguing the Po Valley for years. Published in the peer-reviewed general medical journal the Lancet; a study on premature mortality related to air pollution in European cities has revealed the highest PM2·5 mortality burden in Europe. This was estimated for cities in the Po Valley, Poland, and the Czech Republic. This is to say Khomenko, Cirach, Pereira-Barboza, Mueller, Barrera-Gómez, Rojas-Rueda.

As the atmosphere is heating up globally, it affects the water cycle tremendously. The more energy is in the atmosphere, the faster the water cycle occurs. With water evaporating and forming clouds and then falling back with rain or snow onto the land; and eventually getting into the rivers and back to the sea and so on.

A prolonged dry period caused by a lack of precipitation occurring in the natural climate cycle. This phenomenon can affect any area in the world. It can impact the environment, agriculture, and the economy of the affected region; while affecting people’s health by increasing the risk of diseases and death.

A not-for-profit institute with a wide range of expertise in water governance. SIWI works to change the understanding we have on water, how we value and managed it.