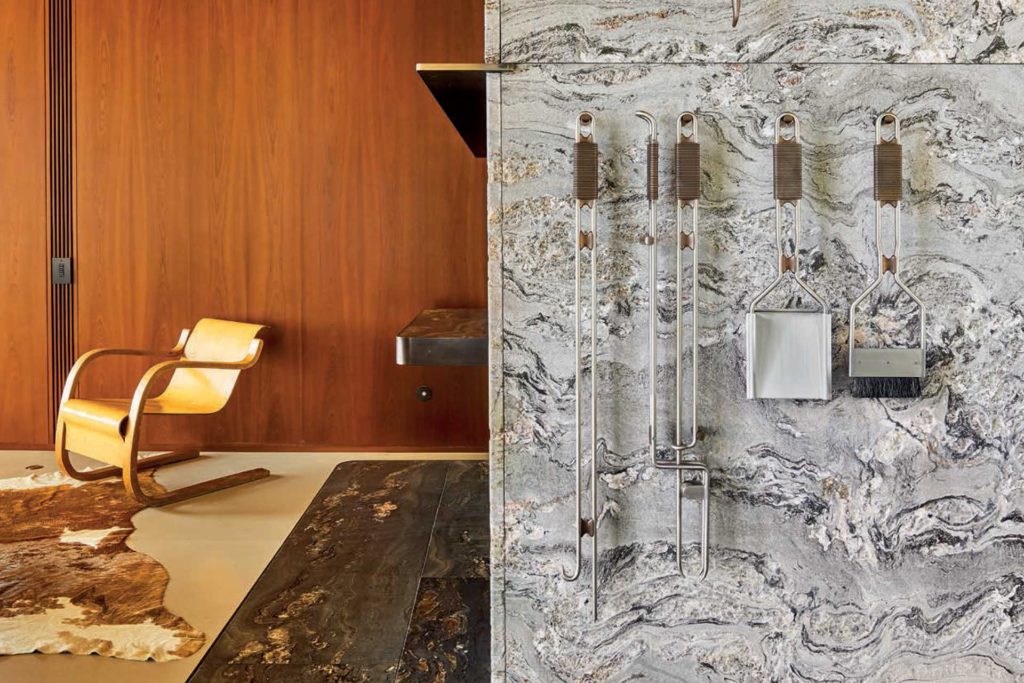 Point William: a peninsula in Canada as an experimental site for architecture

2021 RAIC gold medal Shim-Stycliffe architects have developed a twenty-year-long project, on the same site, with the same crew

Shim-Sutcliffe Architects was founded in 1994 by Brigitte Shim and Howard Sutcliffe, winners of the 2021 RAIC Gold Medal award, Canada’s prestigious architecture award. A book was published back in January 2021: The Architecture of Point William: a laboratory of living  – it tells the story of four buildings constructed by Shim and Sutcliffe in the twenty-year-long project: the Boathouse, the Guest Cottage, the Cottage and the Garage. The project was born out of the affection of the commissioners, Gerald Sheff  and Shanitha Kachan, for a peninsula situated in the Canadian Shield.  Brigitte Shim says «We were asked to look at the site before he was even able to purchase it». There were already some pre-existing and old buildings that needed renovation, some had been built at the turn of the century, and some in the Sixties and Seventies. The two architects decided to build upon what was there, working with tradition and innovation to incorporate the characteristic nature around. This also gave them the chance to draw upon Canadian building tradition. For the whole time it took to construct, they always worked with the same contractors, carpenters and group of people. As fast-paced as the contemporary construction industry is, the Point William project stands out as an example of slow architecture. The ‘slow movement’ that developed from the food industry in the Nineties, also found breeding ground in the field of architecture and building. Calling for a less consumerist society, Shim-Sutcliffe argues that «a house should develop as you do». Houses, no matter at what point in life you build or commission them, should be adjustable to your personal changes. This also means designing and constructing them at an organic pace. The construction of Point William is a dialogue with time and the space.

Once the commissioner managed to buy the land, they started with the construction from the smallest of the buildings planned: the boathouse. The site itself «feels like an island, but it’s a peninsula». The boat house is made of a boat slip with enough space for two boats, a little accommodation above it and a wooden dock going on the lake. Around sixty-four square meters large, it is a kind of pied à terre in the woods and on the lake. Inspired by a long Canadian tradition, the boathouse brings the resident closer to the environment and the land itself. As the very concept of traditional family changes, architecture has the power and duty to mirror that change and make the transition to a different way of living.  Everything here is studied, from the door knobs, of which the very first sketches are visible in the book, to the harmony of the kitchen, articulated as a path to the surrounding natural landscape. «The kitchen had to feel like a porch», to bring you to that mid-way between inside and outside. As a starting point, connecting water and land, inside and out, the boathouse came out as if naturally, giving life to everything else.

Firstly, by pondering the use of materials. The materials inside mirror nature outside. Small wooden walls are placed vertically as they mimicked a forest. Out of the large mobile shutters, nature is framed. The buildings become a way to look at the outside. The goal, explains Shim, was that of avoiding the all-too-common feeling you get when looking at a natural environment that underwent construction: more often than not, you’d want the buildings to disappear, in order to enjoy unspoiled nature. Buildings, in the Point William project, become «a tool to experience nature». No element of the inside, either it being structural, a lamp, or a piece of furniture, is designed without the architects being aware of where it will be placed. Not as much inside the house, but rather looking at the overall context.. An example of how the two architects worked towards this ambitious aim, is to be found in the big rock that separates two of the buildings. As they were studying the site, both Shim and Sutcliffe felt the two buildings were too close to each other. As they worked to separate them, they uncovered the big rock that now stands in the middle. Once completely covered by a whole building, the rock now stands as the new, undiscussed protagonist of that portion of the site. A path was built around it that enhances its centrality. Shim explains how often during the project «it was more about removing that adding» according to the long-living aesthetic concept of less is more. Nature is left flourishing, as the structure adds meaning.

The Architecture of Point William: a laboratory of living

In the book, relevance is given to photography. Point William has been shot by James Dow, Scott Norsworthy and Ed Burtynsky. The pictures focus on elements and time. Water, the forest and rock: «the primal elements that characterize this land are where they are, so part of what you do becomes revealing what is already there as opposed to making it into something that it isn’t». The rock element picture is associated graphically to a detail of the modern project made in the same material; opposite to the page showing the local forest is a sketch of how those trees were transformed into logs; and the water is associated with the boathouse. «These are the elements that shape the whole site, and you have to respect them»: it is with this notion of respecting the environment that the architects decided to take water, the forest and rocks as the starting point to design buildings. Time is also deeply incorporated in the pictures that illustrate the book. This is true for Burtynsky. In 2000, the photographer had visited Point William to shoot the boathouse during an assignment commissioned by US Architecture Magazine. «He got there with his Hasselblad and his Ektachrome film rolls» remembers Shim, «that was a long time ago technology-wise». Twenty years later he was asked to come back and shoot the whole site for the book. Most of the pictures he made are realized by putting his Hasselblad camera on a drone, in order to give a comprehensive view of the site, «which would not have been possible twenty years ago». This shows how «the passage of time and the shifts of technology have impacted both the project and the way it was photographed».

Founded in 1994 by Brigitte Shim and Howard Sutcliffe, is a multidisciplinary practice based in Toronto, Canada. Brigitte Shim is also a Professor at the John H. Daniels Faculty of Architecture, Landscape and Design at the University of Toronto. Shim-Sutcliffe’s built work explores the integration and interrelated scales of architecture, landscape, furniture and fittings. To date, Shim and Sutcliffe have received fifteen Governor General’s Medals and Awards for Architecture from the Royal Architectural Institute of Canada and an American Institute of Architects National Honor Award along with many other professional accolades for their built work.