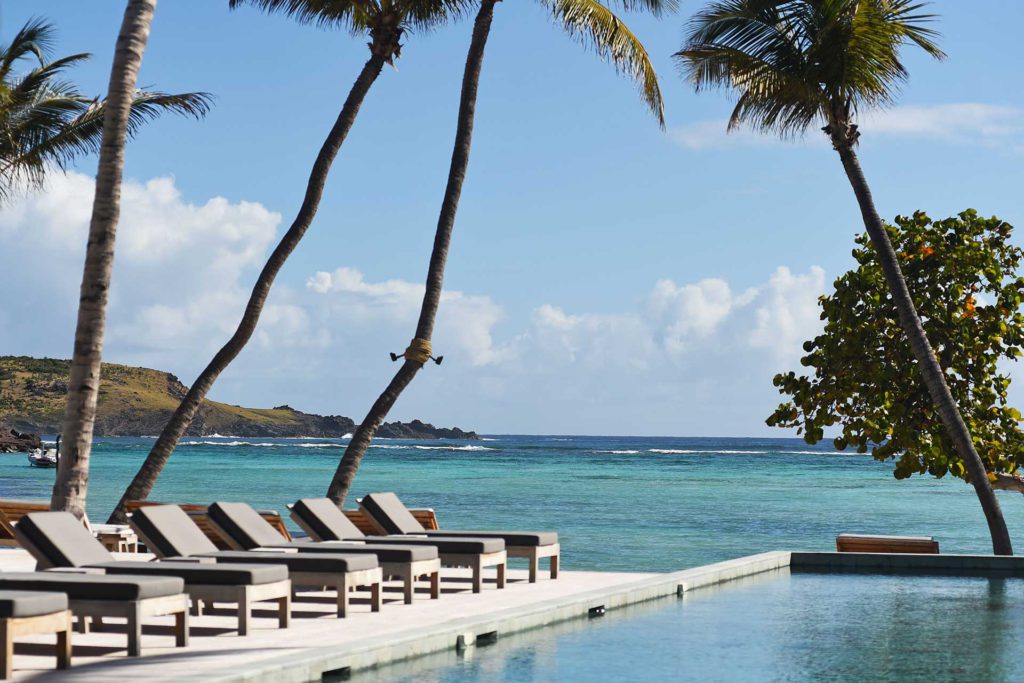 Luis Contreras envisioned the formation of Le Sereno in St. Barths. The amalgamation of the dichotomy through the updated design and visual aesthetic

Le Sereno St. Barths hotel is located on the eastern beaches of the island of St. Barths, the prolific French West Indies Island. The island is well-known for its preserved coral reefs, white-sand beaches, and its sought-after holiday destination. Managed by the Contreras family, Le Sereno St. Barths has collected accolades and a cult-following amongst its returning guests over time. Existing under the Leading Hotels of the World group, Le Sereno coalesces under the Sereno Hotel chain. Having existed adjacent to their sister hotels, Le Sereno Villas in St. Barths, Sereno Lago di Como and Villa Pliniana in the Lake Como area, the Contreras family has curated the holiday destination across the two locations over time.

The Sereno Hotels stand out amongst hoteliers and guests for their limited spacious rooms and their guest amenities. The latter inculcate the environs surrounding them and its boasting Michelin-starred restaurants located within the properties. Le Sereno has existed in the tropics of St. Barths for thirteen years and was ravaged by Hurricane Irma in 2017.

The family-owned hotel, under the helm of Luis Contreras, has been reconstructed over the years to regain a sense of wholeness that is reflective of the hotel’s existence since its establishment. The property, consisting of thirty-nine suites and three four-bedroom villas, stretches across the one-hundred-and-eighty-meter white sand beach. Le Sereno St. Barths has since completed its course of reconstruction. Opening its arms to its guests, offering the addition of ‘Suites Piscine’ and a set of sustainability practices to preserve the environs surrounding the property, Le Sereno’s ultimate goal is to provide its guests with a luxurious experience while remaining lax in character.

Sitting in as a mouthpiece to the Le Sereno St. Barths and the Sereno hotel chain is owner and president of the Sereno group, Luis Contreras. When asked about the background and insight that led to the formation of the Le Sereno, Contreras explains that the ethos of the hotel was reflective of his heritage and background. As he claims: «Being a Venezuelan national and coming from the tropics, the beaches are second-nature to our daily lives. Our interaction with it varies compared to individuals from Northern America or Europe». With this difference being a lead in the hotel’s physical and visual design language, they constructed Le Sereno to ensure the experience garnered within the property is one that is dissimilar to other hotels.

«When we renovated the hotel, we thought of beaches littered by parasols. At Le Sereno, I ensured that guests could bask in the sun whilst staying protected thanks to palm trees». Although guests may request parasols while at the beach, we remove the shades once they have used them. «There is the intent of being a part of the beach – which is a practice that I have upheld as a Venezuelan, and that I intend to disseminate amongst the guests at Le Sereno». As Contreras states, the afflatus behind realizing Le Sereno was the island it resides on – St. Barths. The allure to luxury and hospitality along with laid-back quality was how Contreras envisioned the formation of Le Sereno. The amalgamation of the dichotomy is realized through the design and visual aesthetic that can be found across the hotel.

As one enters the property, Contreras describes that bungalows welcome guests. These share a vein in delineation to fisherman huts who are native to the environs. Having had the hotel designed by Christian Liaigre, Contreras affirms that the designer suggested the name of the hotel to be L’hôtel des Pêcheurs. Translating to ‘The Fisherman’s Hotel’. Hence, the owner elucidates that had the hotel been named after the designer’s suggestion, the word Pêcheurs would have portrayed a double entendre. One being fishermen and the other one meant to arouse the feeling of boisterousness. «While we did not proceed to name the hotel after the suggested name, we named the largest villa as Villa des Pêcheurs».

Contreras adds that existing on the French West Indies Island has narrated the voice of the hotel in the vein of French culture. He states that the hotel has built a sense of community within its inhabitants over time. As such, the design of the hotel exists in a contradiction. It offers terraces immersed in the greenery and rooms facing the Grand Cul de Sac, providing space and tapered designs for guests. «We did not intend to have a maximalist design approach to curating the interior and exterior of the hotel. We insisted on showcasing the ability for the hotel to co-exist with the culture of the island and its environment».

Contreras and French designer Liaigre took the decision to collaborate for the construction of the hotel. Indeed, the designer’s language mimicked the owner’s intent. «Craftsmanship and quality was a trait that I was seeking out amongst a pool of designers. Liaigre was able to evoke the exposition of simplicity and luxury across the hotel. It is exactly what I was looking for».

The architecture of Le Sereno

In the hotel’s infancy, Le Sereno showcased a pallet of colors that evoked an impact within guests. This design scheme, under the helm of Contreras, was amended upon the wake of the hurricane. Utilizing the late designer’s plans, they reinstated Le Sereno into its former shell through accented changes across the property. One being the choice in the color of paint, in particular.

«The island is famous for its colors – from the lagoons to the skies that shade over the island. The nature that surrounds us is a primary motivator to supplying color to the island and the hotel. When we were reconstructing the property, the intention was to provide shelter to the characteristics of nature that surrounded the property and the island». The design of the property is complemented through the appraisal of glass windows that face the shrubbery and the sea. Neutral colors are applied across the property utilizing pigmented palates of similar color scheme.

As Contreras claims, Le Sereno acts as a refuge for guests after a day spent around the island. Liaigre, who was already established in the field of design and architecture, is renowned for the creation of a wooden stool inspired by Brancusi’s ‘Endless Column’ sculpture. Liaigre garnered a following within the design community for his sleek-designs and use of natural materials in furniture making. His influences come from French Modernism, African art, and riding hardware. His dampened and noise-less designs worked in Contreras’ favor. Liaigre’s furniture pieces persist in the confines of the Le Sereno. His signature wooden lounge chairs assist in curating an outdoor-living room that overlooks St. Barths’ Grand Cul de Sac. Oak ceilings in vein to Liaigre’s design language come together with Crema Luna white stone imported from Carrara.

Separated between the suites and the Le Sereno bungalows, the accommodations offer guests seclusion. Within the Suites Piscine, all rooms come with the addition of a sofa set that reflects the dichotomy of the hotel – portrayed through the use of a wooden exterior. The Suites Piscine come with the option of an adjoined Bungalow Piscine that creates an expansive accommodation, and a ten-meter private pool.

The accommodation varies in the number of bedrooms offered, ranging from one up to three bedrooms based on the house. Some of these villas include the Grand Suite Plage, the Villa Du Pecheur and the Family Bungalow Piscine. «The Villas span across six hundred and fifty square meters with the included outdoor wooden deck area». The wellness offerings by Le Sereno are reflective of a life led with nature in mind. Snorkeling, kite surfing and yoga lessons are the primary tool to encourage wellness. Alongside this is the hotel’s spa which offers Valmont treatments that have been curated for the Le Sereno.

The Ristorante Al Mare has been renovated and equipped with furniture from Liaigre and Urquiola. Here Contreras, with the assistance of his team members, has since updated the menu items whilst offering an open-air dining experience. In an effort to remain sustainable in its functions, Le Sereno has since worked to inculcate materials from sustainable sources. Solar panels, an update in the fixtures of windows, lighting and insulations allow to consume limited energy. An added feature is the desalination efforts. Gardeners in fact utilize ocean water as a means to water the gardens on the property and across the hotel. As of October 29th, 2021, Le Sereno has opened its doors to guests.