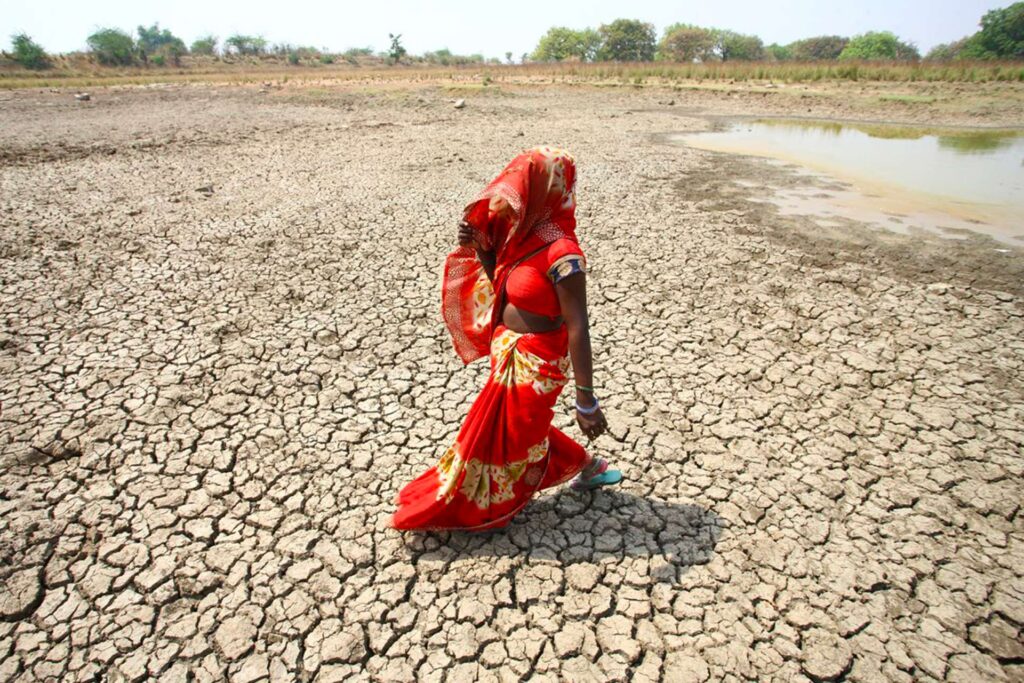 The impact of climate change on people and the planet. Analysis found that climate change has made the heatwave that hit India and Pakistan thirty times more likely

When has the 2022 heatwave impacted India?

In March 2022, a heatwave hit India and Pakistan, states located in the physiographic region in Southern Asia. This heatwave is notable due to its early arrival, and the size of the geographic area is affected. The prolonged and widespread abnormal heat has impacted hundreds of millions of people.

What is a heatwave?

A heatwave is a period of hot weather outside the historical averages for the impacted geographical area. These periods of above-average heat last several days, even for weeks. In some nations, heat waves are based on extreme percentile of the temperatures or defined in terms of the heat index based on temperature and humidity.

The occurrence of heat waves is most common during the hottest months. During which high pressure develops across a geographical area. Depending on the long-term weather pattern of a specific location; heat waves tend to occur in summer or in the spring months, or later in the Fall.

«In India, if the temperature exceeds forty degrees Celsius in the plains, if it exceeds by four and a half degrees above normal, and if these conditions stay for about two days, then it’s a heatwave». Said Minal Pathak, Ph.D., Senior Scientist of Working Group III of the Intergovernmental Panel on Climate Change (IPCC).

When do heat waves occur in India?

In India, heat waves occur during the summer season; hitting the nation from March to June, and in some cases, in July (India Meteorological Department). This pre-monsoon period is characterized by warm temperatures; reaching their peak in May, the month in which excessive high temperatures are most common in both India and Pakistan.

The Indian monsoon season, occurring between June and September with its associated heavy and prolonged rainfall. It offers relief from the intense heat of the summer months; delivering more than eighty percent of the area’s annual precipitation (World Bank).

What are the causes of heatwaves? What’s the relationship between them and climate change?

The high-pressure systems connected to heatwaves are slow-moving. Given this characteristic, they can persevere over an area for an extended period, stretching for days or weeks. A high-pressure system triggered the heatwave that impacted India and Pakistan starting in March 2022, following a lasting period of above-average temperatures.

Though it is precipitous to impute climate change as the sole factor behind the extreme heat in India and Pakistan, the manifestation of such weather events is consistent with what can be expected in a changing and warming climate. In fact, heat waves are now more intense, earlier, and more frequent than in the past.

In its Sixth Assessment Report (AR6), the Intergovernmental Panel on Climate Change (IPCC) predicted that heatwaves and humid heat stress will be more intense and frequent in South Asia during the current century.

Dr. Nikolaos Christidis of the United Kingdom’s Meteorological Office conducted a real-time attribution study during the heatwave that affected large parts of North India and Pakistan. From the study, it has emerged that climate change is making such record-breaking temperatures 100 times more likely.

Is the heatwave that is hitting India an abnormality?

According to the “Assessment of Climate Change over the Indian Region” report, released by the Ministry of Earth Sciences (MoES) of the Government of India, between 1901 and 2018, India’s average temperature has increased by about zero-point-seven degrees Celsius. GHG-induced warming is the primary driver of this increase in temperature.

The decrease in seasonal summer monsoon rainfall has increased the region’s propensity for droughts, which are extreme weather events consisting of prolonged dry periods. Between 1951 and 2016, the frequency and spatial extent of the droughts hitting India increased to a significant degree. These events have a serious effect on public health, the environment, agriculture and food supplies, economies, and energy.

High temperatures due to climate change

According to an attribution analysis carried out by World Weather Attribution (WWA), though heat waves are not unusual in the area in the season preceding the monsoon, the early high temperatures and way below average rainfall have caused extreme heat conditions. The same attribution analysis highlighted that the probability of such an event in 2022 has risen by a factor of around thirty because of climate change.

«India is used to extreme temperatures. In the city I live in, summer temperatures have in the past gone to forty-five degrees Celsius. But now, parts of India experience temperatures of about forty-eight and forty-nine. These temperatures are sustained for a longer number of days and hours, and that is abnormal. Another abnormality is that the heat is accompanied by humidity in some parts of the country. What happens is that when the humidity level also increases, your body cannot get through it by sweating. So it’s hot and humid, which is not good for human health».

How are people being affected by this heatwave? What are the consequences of such heatwaves?

Heatwaves impact agriculture, human and animal health, ecosystems, water, and energy supplies. The 2022 heatwave had repercussions on public health, education, the economy, and agriculture in the region.

According to early reports, the heatwave has caused ninety deaths in India and Pakistan. The WWA reported that the heatwave caused an estimated crop yields reduction of between ten and thirty-five percent in the Indian states of Haryana, Uttar Pradesh, and Punjab.

On 7 May, after a glacial lake outburst induced by the heatwave, a bridge in Hassanabad, in the Hunza valley in Pakistan, collapsed. The heatwave has reduced India’s wheat crop yields. The Times of India reported that the production of watermelon varieties has decreased; by between thirty-five and forty percent because of the extreme heat. The heatwave has caused a power crisis, characterized by electricity outages and curbs. The heatwave and its impact on the power supply and crop yields can worsen the effects of the COVID-19 pandemic, high energy prices, and inflation.

«People in different economic conditions are affected differently. To privileged people, a heatwave means more air conditioning, therefore, higher energy bills. For some others, it means a lot worse. Vulnerable people such as children, older people, and people with health conditions, it’s almost a question of survival. People who have to work out in the sun; it’s a matter of surviving, bearing the heat, staying healthy, and not dying. There is the most extreme consequence of extreme heat, which is death. But there are also other health impacts such as dizziness, headache, hospitalization, dehydration, diarrhea, and the psychological effect of heat». Explained Professor Pathak.

How does the socio-economic status of people affect the way heatwaves and other extreme weather events impact them?

The level of heath discomfort is determined by meteorological factors such as temperature, social and economic factors like occupation and accommodation, and physiological ones such as health status.

Climate change and its consequences have a disproportionate impact on low-income communities and individuals, as, during the ongoing climate crisis, the effects of climate change are superimposed on other vulnerabilities.