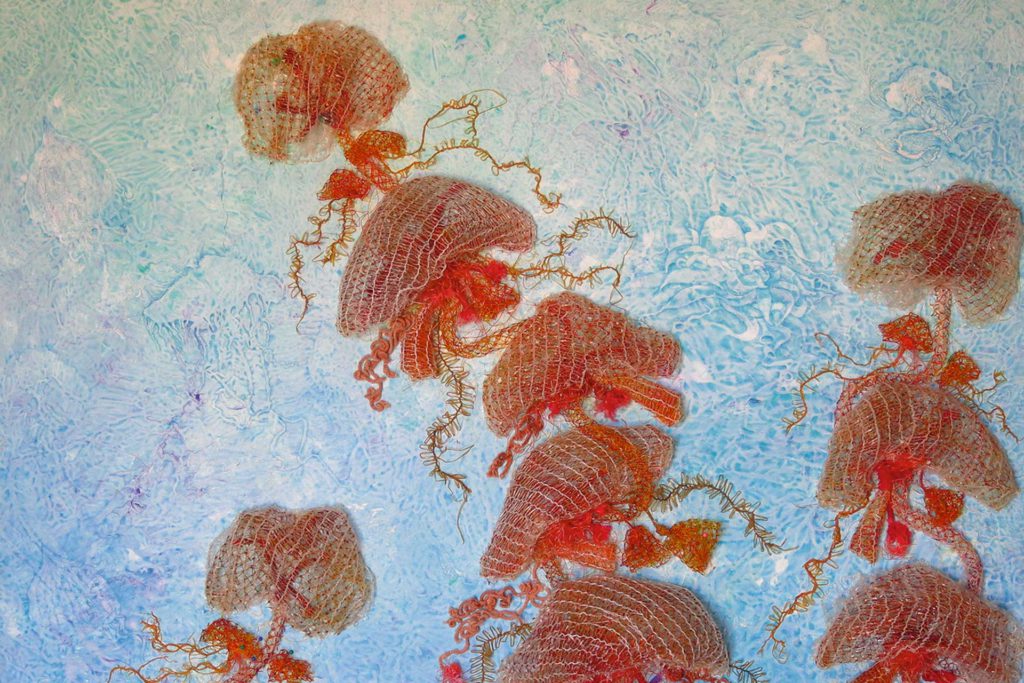 Consumers are not to be held accountable for the degrading effects of plastic on the planet. «Microplastics are so broad that it’s impossible for a consumer to solve»

A twenty-year-old chemistry student and Grand Prize winner of the 2019 Google Science Fair. He is launching GLIC: the first community platform that brings young scientists together through the testing of the method that Ferreira developed; which extracts 88 percent of microplastics from water samples.

The young innovator and environmental enthusiast talked to Lampoon. About the device he designed to remove the polluting particles from water.  We know that plastic is wreaking havoc on ecosystems and polluting our oceans, but until now, we have learned little about the effect of the broken plastic system on people.

No Plastic in Nature: Assessing Plastic Ingestion from Nature to People commissioned by WWF and performed by University of Newcastle, Australia discovered that we eat approximately 2000 tiny pieces of plastic per week. That equates to about twenty-one grammes per month, or slightly more than 250 grammes per year.

Every week, we ingest a credit card’s worth of plastic by polluted food and water (WWF study 2019). And their consumption has been connected to Alzheimer’s and cancer. On a human and biological level, Ferreira explains two major issues concerning microplastics.

«One is that they bio accumulate. If a fish eats a piece of plastic, and a larger fish eats that fish, the plastic will carry through the food chain. If we eat the fish, the plastic will enter into our body too and will accumulate. The other is that the chemicals put into plastic are worrying. Often there are plasticizers such as Bisphenol A, also called BPA, or colorants, which could be heavy metals. Biofilms are kinds of bacteria that can grow in the plastic, and can be harmful. These biofilms, as well as the Bisphenol A and colorants always had a link to cancer mutations. Recent studies suggest that plastics, if small enough, can cross the blood brain barrier. And we don’t know what happens there».

Removing microplastics from water with ferrofluid

After a kayaking trip on the coast of Ireland, Ferreira was horrified by the amount of plastic pollution he witnessed on the seashore. He decided to roll up his sleeves and create a system to extract microplastics from water himself; after being unable to find any methods for their removal.

Several devices to search for microplastics using LEGOs; scrap wood; and various microcontrollers and sensors were concocted.  Following numerous failed attempts, he developed a device that uses a magnet-based method to extract particles from water with high extraction rates while also being quick, non-harmful, and clean.

His research is a modern approach for removing microplastics from water with ferrofluid. A magnetic liquid made from vegetable oil and rust powder (called magnetite). This liquid is non-polar, and it attracts non-polar plastics. In order to detect the presence of plastics, he built a spectrometer. A machine that shines light through a water sample. Light shines through it and the light resonates; absorbed by the plastic and a measure can be calculated on the other end.

«I decided to do more extensive testing: I built a robot that could do tests for me; as well as a specialized microscope, which could analyze the water samples. A software then counted the number of plastics on any microscope image, and then got back all the data. It resulted in an average of 88 percent decrease in plastics when I applied my method, which was quite high». Ferreira explains.

How to achieve 100% decrease in plastics

The big question is: how do we achieve that 100 percent? Ferreira is currently working with a team of engineers in the United States. «This method was just one application. What we are looking for is to daisy-chain several machine. It does the method once – the water that comes out gets put into another method – and it does it again. We could do it four times in a row, and though we’ll never get 100 percent, we’ll still be closer», he states in response.

Ferreira is also sought-after global keynote speaker appeared at the World Economic Forum 2020 (and has been invited back for 2021); the European Commission research conference; the Global Plastic Health Summit; the Smithsonian’s Earth Optimism Summit 2020; the Martin Luther King Lectures; and has acted as a judge at the GreenTech Festival Berlin 2020.

Elected a World Economic Forum Plastic Action Champion. And he frequently contributes to World Economic Forum activities that advance the transition to a plastics circular economy. The twenty-year-old Irish inventor has two big goals ahead: «to commercialize the method and inspire other people». The platform will provide methods and tools for young scientists to use; in order to innovate and build things from the comfort of their homes, without the need to purchase specialized equipment.

GLIC: the first community platform that brings young scientists together

This platform not only incorporates the aspect of producing, testing and constructing equipment; but it also aims to get people together. A small grant to fund the website’s launch has already been provided by National Geographic, but the founder is looking for more sponsorship.

Ferreira has done his research in computing in order to make GLIC user-friendly. How can this portal, which brings together like-minded people willing to fight plastic waste, differ from mass media? «Some people asked what is the difference between this and YouTube. What makes it difficult for scientists to post their methods is legal issues. If I post my method and somebody hurts themselves, I could responsible. This platform works to resolve that; people are after their own risk, but like that we can share quality science, and improve our innovation journeys», he explains.

An argument posed during the discussion was that the real solution to the issue of plastic is to reinvent the manufacturing; so that it degrades more efficiently and safely. In Ferreira’s view, the consumer is not accountable for the degrading effects of plastic on the planet. «Microplastics need a policy or governmental level. Because they’re so broad that it’s impossible for a consumer to solve».

The world uses over 500 billion plastic bags a year, the equivalent of 150 for each person on Earth. At this point in history, it is imperative for consumers to avoid single-use plastic. «It is such a waste of the earth’s resources that chemists went to the effort of making this beautiful see-through piece of plastic, most likely through about ten factories, for you to look at it once and then throw it away».

Another sector that is responsible for the release of microplastics on a smaller scale is the cosmetic industry; accounting for approximately 0.5 percent of global plastic pollution. Since it is a relatively small figure, it is necessary «to look at this from an industrial standpoint», as Ferreira states.

Some companies have substituted microplastics for natural exfoliating ingredients, typically in the form of microbeads or micro-exfoliates. These items are usually made of polyethylene, a common plastic component; but they can also be made of polypropylene, polyethylene terephthalate.

Acrylic paint is also full of plastic. When washed out, not only are we likely to inhale the minute chemicals. But it also ends up in the environment. «What’s even worse on an industrial scale is the paint on boats. There is a special paint called anti-fouling; which is applied so that plants don’t grow on the bottom of the boat. The way it works is that when a plant starts growing the paint peels off and then the plant falls off. Essentially boats are shedding microplastics all the time as they’re driving around, which is worrying», he explains.

Since the advent of the COVID-19 pandemic, the use of medical face masks has skyrocketed; with approximately 89 million masks being used each month. Disposable face masks can degrade into smaller particles (less than five mm in size), creating a new source of microplastics.

Due to the inclusion of plastic particles waste in the atmosphere; the increased manufacturing, use, and littering, face masks has been added to the list of environmental challenges.

Is a twenty-year-old student, scientist, anti-pollution innovator from Ireland now based in the Netherlands. His work focuses on solving the plastic pollution crisis. He is studying Chemistry at the University of Groningen, Netherlands and he has given 300 planetarium lectures.