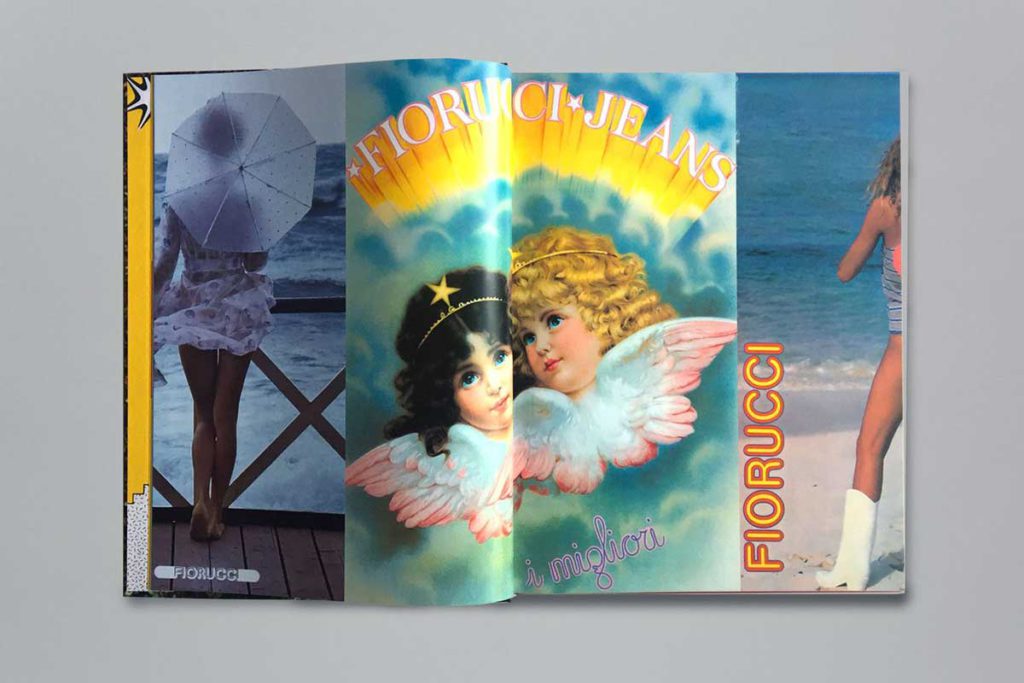 Import News, New York. Are we living in an era of content overload?

While print has long been deemed as being ‘dead’, things could not be further from the truth for independent magazines. Interview with Import News’ founders Sasha Laing and Ken Miller

Are we living in an era of content overload? When it comes to media outlets, the internet is replete with great quantities of sites that are nearly identical in tone, content, and aesthetic. Each one recycles the same topic with very similar approaches. While print has long been deemed as being ‘dead’, things could not be further from the truth for independent magazines that make having a defined niche and a curated look a priority compared to breaking sales numbers. With locations in New York’s Chinatown, Lower East Side, Brooklyn, NoMad, San Francisco, Los Angeles, and Phoenix, Import News has been curating a selection of international fashion, design, art and general-interest magazines for the past three years.

«We opened in 2017, which was originally going to be a pop-up for six months and it’s still there», said writer and co-founder Sasha Laing, who opened Import News with her husband Ken Miller, a writer and editor himself. «As far as getting the idea, I was doing a residency in Italy and [liked] the experience of going to the grocery store and finding things that were normal for everybody else but for you are normal and exciting. You could get packets of pesto for one euro», she reminiscent over a vegan version of bagel and lox.

Part of the idea consisted of being open to things while traveling. On top of that, as a writer and editor, they leveraged their connection to print magazines and combined it with their penchant for travel and discovery. Their curatorial eye demonstrated that, while the phrase print is dead is not false, it mainly applies to mainstream media. «A lot of what happened to mainstream print, first the internet and then social media, was that there was this rush to emulate what you do online», said Ken. Look at a mainstream print magazine now. There are more and more articles that are actually lists. Five tips for X, ten ways to do Y.

Originally, it’s a format that is web-first, as it is tailored for Search Engine Optimization. «Now you’re basically applying SEO to print. That’s not what serves print well», he continued. That was the damage for print, as competing with the internet by doing the same type of content was a Sisyphean task. Even just from an economical space. This created an opening for independent presses. «Independent presses approach print very differently. They’re respectful and creative», said Ken. «A magazine lives», he said. «The disposable type of magazine feels harder and harder to maintain. But these independent magazines are things you keep around and appreciate, as their content is timeless. Plus it’s easier to read something long and pictures still look great in a magazine».

Sasha concurs. «The magazines that we’re seeing are mostly magazines as objects, and are not so time sensitive. Many don’t even put a publication date on them. This magazine, Migrant, said that they were only going to do six issues, so they released it as a set. I think people are playing with what the medium can be». Selection is easier than it seems. «Very early on, people started finding us», Sasha said. They were pitching themselves to them, sending samples and portfolios. Most of the people who reached out resonated with the vibe of Import News.

Social Media and Instagram are helpful when it comes to scouting new magazines. But a robust network is already in place. Indie publishing is a community, according to Ken, adding that he has experience making magazines and did write for magazines they carry. Yet, being in this business introduced them to new communities in part of the world where they had no prior connection. Lebanon, for example, has a thriving design and creative community, that is reflected in their indie magazines.

«When people look at our shelves, I ask them do they know that the selection comes from all around the world? Is a sense of place coming through? I wonder if it does», Sasha Mused. «A lot of magazines are unique and play with design in different ways that I don’t know if you would immediately say ‘oh, that’s from here’». It’s almost like each magazine has its own personality.

One of the most popular magazines they carry is Apartamento. It is based in Spain, one of the publishers is Italian, and the contributors are from all over. «The designers are looking at international references too», Sasha said. «Each community is distinctive, but they’re in dialogue. That’s what we’re trying to do, fostering them». Topics include design, architecture, fashion, and art. Shukyu, a Japanese magazine, did a whole issue on women playing soccer, while a magazine called Racket is a high-end, design-forward magazine all about tennis.

The place where the interview took place, Public Records, has the Import News corner at the storefront. While the rest of the space is a light and airy all-day café and vegan restaurant that turns into a club at night. The Chinatown location is in partnership with the coffee shop Oliver Coffee, which is the most obviously newsstand-like space. The San Francisco location is in partnership with Fellow Barber, which is a high-end barbershop that comes with a very large retail space.

On top of books, Import News is famous for selling novelty snacks that are rarely seen in America. «We wanted to create a place where you can make a discovery and engage with visual aesthetics, but not in a way that’s super pretentious. So if we say ‘it’s a space to foster cultural dialogue’, that’s highbrow and intimidating. But if we say ‘we have magazines and a bunch of snacks’, that’s more approachable», Ken told us. In terms of browsing, there’s the parallel between discovering something in a magazine, where you find something you would not find, and going to the store where your eye would just wonder.

«Having snacks that are more rare is intriguing in that same way». They find snacks both from their travel, or have friends introduce them to something new. Instagram is a good resource. Case in point, they started importing coconut water called called Fountain of youth, from the Michelberger hotel in Berlin. They are also connected to a cooperative farm in Thailand, and they started making coconut water. «It’s neat because the way work with the farmers is good. They support the farmers and they have this hotel that’s like a cultural space in Berlin».

Packaging design is paramount too. When they choose the snack, they want it to be delicious, with a compelling story, and, of course, with a captivating aesthetic. They are also into Greek gum, it’s natural and it has a pine-like flavor. «It has a different texture, it’s harder than regular gum». They also sell herbs (oregano, thyme) that women forage from the mountainside.

Greece is a favorite. They have a concentrated tomato paste from a can that is «so much better than an American tomato paste». They also have Akabanga oil, a smoky chili oil from Rwanda, chips aplenty, and energy bars from all around the world. What it boils down to, whether it concerns a magazine or a snack, is their presentation. «There are countries that are magical lands of beautiful packages», said Ken. «Japan is one of them, Italy is another».