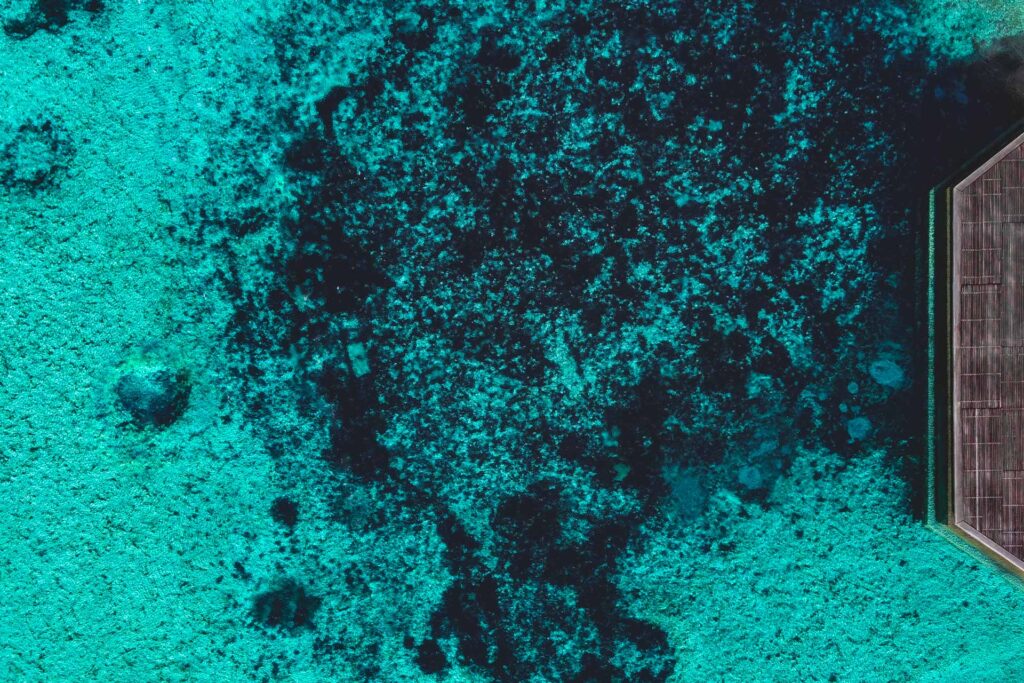 Roman believed the source was created by the God Saturn, due to its beneficial properties. Today we have scientific proof on the matter, but the hot spring has the same well-being capacity

Between myth and history

According to Roman mythology, Saturn – the God of peace and abundance – became enraged toward his people, viewing them as immoral. To punish his citizen and restore the equilibrium, he tossed a thunderbolt that struck the ground, flaring a crater. Legend noted that hot water began to gush out after that event, bringing blessings to the land and initiating a flourishing period. This is how Saturnia was born and where its name was derived.

Legend aside, Saturnia’s thermal site formed three-thousand-year-old during the Etruscan era, when sulfur water began bubbling on the surface. From that origin, a pool began to shape into the one that we can admire nowadays. The Romans started to construct the thermal baths around the waterhole, recognizing its incredible healing properties. Given its importance for the era, they initiated building roadways to the site linking them with the principal routes. Therefore, it evolved into the center of politics, social life, and pleasure since everyone reached here to pursue natural well-being.

The whole thing endured until 1454, when an official permit to institute Saturnia Bath was granted, and initiated a flourishing period. Eventually, in 1865 the Ciacci family acquired the land and built the resort on the ancient Roman ruins.

Terme of Saturnia’s water journey commences at the top of the Amiata mount. The rainwater is gathered on its slopes, filtering through the rock’s ground and fissures, then stowed subterranean to begin its forty-year-old voyage. Underground, a travertine coating nourishes the water with its mineral and accumulates energy to naturally push itself to the exterior.  The water will inherently leak out on the surface, and it’s detachable thanks to the bubbles that sulfur creates with air. Saturnia’s pool was born like that and expanded, becoming the primary crater. Even though water will gush in different places, they are not suitable for bathing.

The waterhole is almost four meters deeper in its center, and it’s completely natural. It took over three thousand years to obtain this form, and it has never been retouched. Not by chance, the flooring has been added, respecting its borders. In addition, the depth is fundamental for the baths because it preserves the water’s temperature to thirty-seven degrees.

Since the water is lighter than the one we are used to swimming into, people will be provided with floats. The reason is that the water is less salty, and our bodies will sink into it. Thanks to the floats, people of all ages can enjoy swimming in the pool. As a result of the denied human intervention, the waterhole can regenerate itself every four hours. This continuous renewal can produce a peculiar sensation to swimmers that can be balanced with the use of floating.

Breath, drink, and plunge in the benefic hot spring water

The water got its benefic properties thanks to the robbing with the stones. The assortments of minerals compelled in the hot spring are advised for individuals who suffer from various pathologies such as asthma, cardiovascular or musculoskeletal issues. Remarkably, the journey that the water endures, and the limitless replacement inside the waterhole, make it pristine and appropriate for drinking.

Instead, cardiovascular difficulties are incentivized by elevated temperature. For this reason, some people will find their skin reddened and with some spots that will disappear no more than a few hours afterward. Saturnia’s water is filled with sulfur, carbon dioxide, bicarbonate, calcium, and magnesium. Those minerals bear the ability to eradicate free radicals. In other words, they delay skin aging. That’s not the sole benefit, since it can improve the appearance of our complexion thanks to bioplacton. Bioplactons are jellied organic-mineral substances distinctly detectable in the pool. They are generated by the contact of air and sulfur. They are not harmful at all. Instead, they have exfoliating and normalizing effects.

In the nineteen century, the Saturnia bath was acquired by the Ciacci family. In the shape of the old Roman ruins, they founded the existing restaurant and resort. They are both named 1919 to celebrate the milestone. Since then, the spa has never altered its appearance. Instead, the family chooses to constantly innovate the experience you can encounter inside.In total, the property counts over 120 hectares of land, 70 for the Golf green and 50 for the Thermal park. They also own a portion of the watermill built in the nineteenth century.

The hot spring gushes from the pool till it gets to the mill. The water has held its hotness and properties since then. Onwards, it will be an ordinary river. Since that portion is public soil, people can willingly bathe there. For these reasons, the Italian Republic makes sure it stays available to the people since it is a common good. Nevertheless, it has to conduct its people on how to rightly act to conserve it. The Ciacci family owned the property until 2017, while Massimo Caputi stood up as chairperson and owner.

Sulfur water holds benefits for the human body but, at the same time, can be dangerous for the surrounding flora. Different trees or flower species die within days if placed near the hot spring water, except for Bamboo and pine-tree, which are the only ones that can survive. The same issues occur with metallic materials. Clients are instructed not to wear jewelry while plunging in the pool or around it because it will turn black within minutes. The resort has discovered a few resolutions, like 9014 steel and specially treated timber for the outdoor furniture and flooring.

Identically, structures and automatization are unattainable to implement. The natural source could be utilized for generating power, though unfortunately, all the infrastructure will be destroyed by sulfur steam.

Sulfur water can appear dangerous to the surrounding, but Saturnia’s employees have discovered a method to make it beneficial. The green of the Golf Club carries stringent rules to obey to stay in the champion’s field. For this cause, many camps employ a combination of pesticides, though Terme di Saturnia doesn’t. In fact, gardeners need to drench the unneeded plants with the hot spring water, and the green will be flawless. Likewise, the hot spring water benefits reveal how low maintenance the spa is. In fact, the thermal park and the pool self regulate themself without the need for human service.

For instance, in two-thousand-nineteen, Saturnia was devastated by a flood. Dirt and stones covered the resort, and it took days for the entourage to restore the spa. These works weren’t demanded by the waterhole. Since the natural energy and unstopping rechange of water self-cleaned the pool in a couple of hours.

Bathing under the stars

Lately, the resort realized a new experience for Saturnia’s pool. From now onwards, clients will be able to plunge in the pool till midnight every Friday night. The sulfur hot spring water in contact with air will form a fog-like atmosphere, more noticeable at nighttime, illuminated by the light of the stars.

Terme of Saturnia improves the experiences they provide to the client to meet their hobbies. Their intent is to deliver a journey into well-being. For this reason, they introduce cryotherapy. Many people find the temperature change beneficial when they come out of the pool in the wintertime. The resort now provides cryotherapy equipment to allow their customers this sensation, even in spring or summer.

A place for artists

Niccolò Ammaniti is an Italian novelist that has won various writing prizes. He has spent his youth in this countryside since his family owns a cottage there. In one of his latest works, Ti prendo e ti porto via, he has set a scene exactly in the Spa of Saturnia.

The origin of the hot spring water of Saturnia dates back to three-thousand-year-ago, and here you can plunge directly into the source. Scientists found out that the proprieties of the water come from its subterranean journey that can last up to 40 years. In total, the resort is 120 hectares and consists of a thermal park, a Golf court, and a watermill. 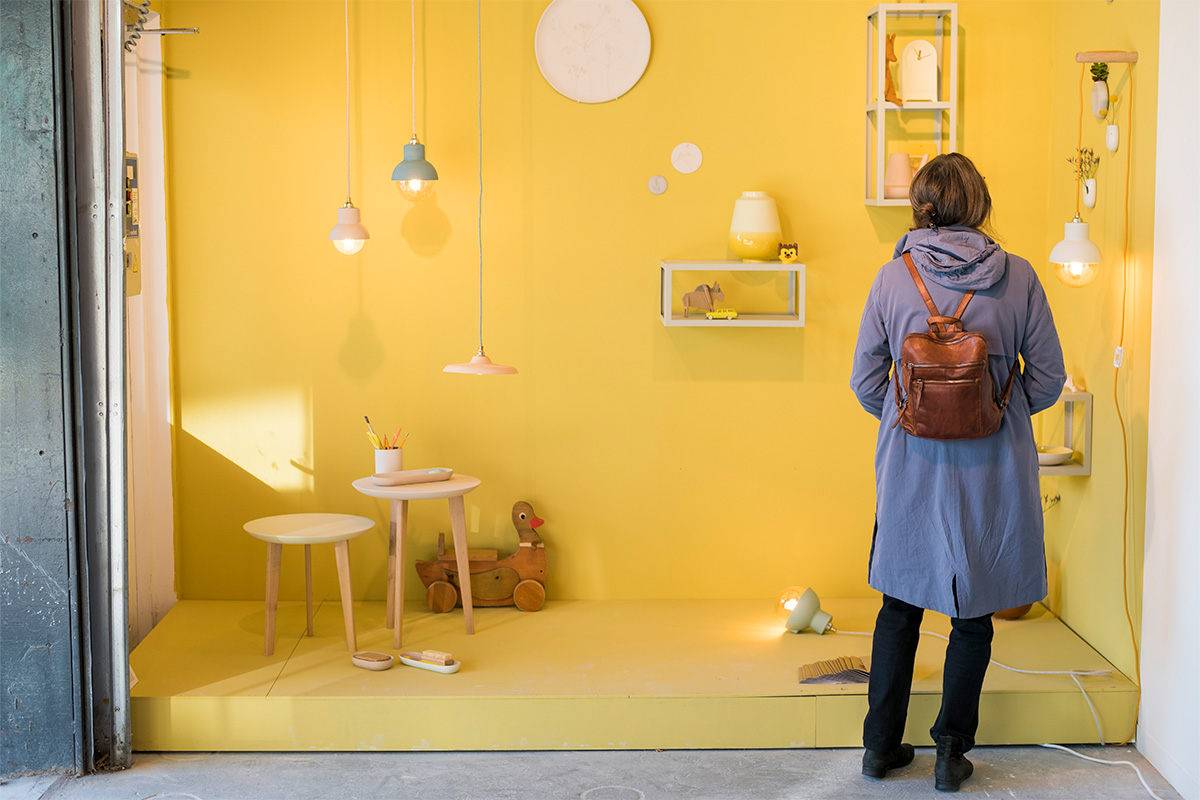