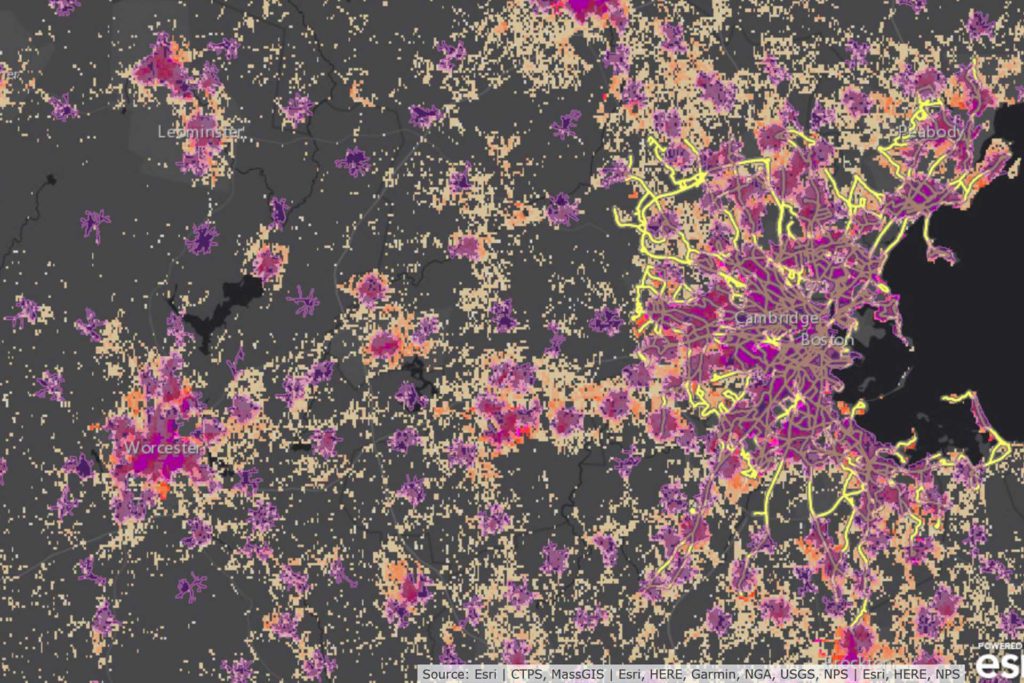 The Catholic Church land assets: the first ever map

«Some say that we are witnessing the sixth mass extinction: it is caused by a living organism: us», says Goodlands founder Molly Burhans

SDGs 2050: the role of the Catholic Church

Molly Burhans’ project that developed into her company GoodLands starts from an observation: «we are not going to get our 2050 climate target without involving the Catholic Church. Land and religion» she adds, «are two of the biggest leverage points in the history of civilization for moving forward». The Catholic Church owns as much land as India and Sudan combined. If it were a country, it would be the second most populated in the world. This is enough to understand how powerful an institution it is both in terms of its leading ideology and of its land possessions. When Burhans first thought of the idea of mapping the Catholic Church’s territory, she gave for granted that someone must have done it already: «I assumed that if the Catholic Church is the largest non-governmental healthcare provider in the world and owns 26% of healthcare facilities, if catholic education is the largest non-governmental education network in the world and if catholic aid is the second in size for impact and scope (and only second if you count all of the members if the UN that focus on international aid) – of course there must be Catholic conservation». She found out there was no such thing. GoodLands got to work and created the first map of the global dioceses: «looking at it gives you a different vision of the world». Not just because of its extension, but because, Burhans found, many of the dioceses span across different countries, as if unaware of geopolitical borders. For this mapping initiative, she won the UN Young Champion of the Hearth Prize.

Burhans brings to the table a background in scientific illustration, studies in biology and philosophy, and her experience as a cartographer. The first company she co-founded was a vertical farm, constructed in a repurposed industrial space in Buffalo. That’s when she first came into contact with permaculture and regenerative landscape theory. Not yet a catholic, at that point she went to spend one of her school breaks in a monastery with Benedictine sister. That’s when her faith breakthrough happened. She realized that dioceses and the spaces they inhabited had crucial prospective: «I saw so potential, not just in the land, but as a multiplier of every one of the missions they committed their lives to». After seeing the nuns dedicating their lives to «supporting health and food access» while working to foster a sense of community, putting her newly found credo together with her passion for regenerative landscape, she thought she was going to become a «farmer nun». She then enrolled in a MA program at Conway School, founded in 1973 by Harvard graduate landscape architect Walter Cudnohufsky, who had observed flaws in the education status quo. That’s where Burhans got to study the design of the land for sustainability. She was also trained to use GIS (Geographic Information System) which allows to map land and keep track of large amounts of data. After these experiences she felt compelled to knock on the Vatican’s door and talk to its most prominent exponents. Before the pandemic, after previously meeting Pope Francis, she had planned a trip back to Rome to discuss starting a Vatican cartography Institute, which she was going to be the head of. Though for the moment plans have been put on hold, Burhans is optimistic that they will restart after the pandemic. Her aim in collaborating with the Catholic Church is not only environmental, but reformative.

GIS and its applications

Using GIS enables us to collect, store, put together and analyze large quantities of geographically related data. In Burhans’ words mapping «allows you to have an informed discussion and view the issues in a way that’s not overwhelming». Maps also «allow you to bring a design framework to make people sit down and discuss what their values are and translate that into scientifically grounded solutions». «Cartography», argues Burhans, «is a form of storytelling», able to improve people’s lives and the planet. GIS can process a variety of types of data. It can work with data about people, such as population, income, habits; it can help understand how a society or community is built by storing and processing data about its features, such as the presence or absence of schools, hospital, sufficient housing; and it can give a complex picture of the landscape of the studied areas, by organizing and giving information about streams of water, vegetation, animal presence and other specifications in a simpler, design-based way. During the 1854 cholera crisis in London, an early version of GIS was used to track and monitor and control the outbreaks on a city map. GIS is central for GoodLands’ work. GoodLands provides the System itself to their clients and also uses it internally for their mapping projects. One of the applications of GIS that’s been relevant for Burhans work with GoodLands is the possibility to create humanitarian corridors through the Church’s lands in order to facilitate legal climate migrations. An emergency that Burhans has experienced on the field during a mission in Mali, where she noticed how increasingly dangerous climate conditions are threatening life itself: she talks of «climate change making life almost unbearable». In the report she wrote to the UN after the mission, she advises to design safe migrations routes above any other measure. Combining the maps of the countries and dioceses with the usual migration routes can be crucial in reaching this aim. It’s not just about that: maps are without any doubt a way of knowing the world around us, they can also be a powerful tool to rethink it and redesign it with social and environmental sustainability in mind. The technology we have at disposal handled by GIS today is unprecedented, so is the ability of collecting data. This is why «security must also be a priority»; «you want to make sure that the data isn’t open» especially when the mapping you do is about such delicate issues. For GoodLands «data sales have never been part of the picture».

Since 2016 GoodLands has been using different approaches in different areas of the world. The Catholic Parks Network deals with conservation. By mapping and analyzing the existing parks that are part of the Catholic Church assets, GoodLands aims at preserving biodiversity while respecting the natural rhythms and cycles of time. The idea is to create a network of parks across the world that share the same ideas about the need for biodiversity and conservation, and the same values and beliefs. The parks would then share information among them about techniques to improve sustainability and conservation. In another project, in Africa, they worked with the Vatican to map all Catholic radio stations across the continent, to analyze their potential as internet delivery sites, including estimating how many people they are able to reach and understanding how to provide them with a connection. The outcome of the project was discussed as part of the Connectivity as a Human Right symposium. Again, GIS was not used merely to import data, but to design solutions to provide the African peoples with connectivity, on the basis that an internet connection should be included among basic rights. When joining round tables of the global discussion on climate, Burhans says that she was «blown away by the idealism that was not grounded». This is why the starting point for GoodLands’ projects is the inherent value linked to religion and humanity through technology and science. Seen as two concepts in a relationship of necessary contradiction, science and religion, according to Burhans, can actually work together. «Some say that we are witnessing the sixth mass extinction, but it’s different this time, because it is caused by a living organism: us». This is why combining faith and science is vital in saving the planet. «We must think» she says, «about ecosystem health» and «understand how we will relate to the anthropogenic landscape» that we are generating. At the same time the input from religious institutions must address the need to include concrete values to actively shape the discussion about climate change and «it must not be just about religion speaking up to motivate people». «We need science to inform the discussion» concludes Burhans, «but we cannot discuss the solution without importing some sort of ideology».

Is a mixed for-profit and no-profit organization mobilizing the Catholic Church to use their land assets for sustainable purposes. The founder Molly Burhans, winner of the UN Young Champions of the Hearth Prize, and her team have realized the first global map of the Catholic Church’s land assets.