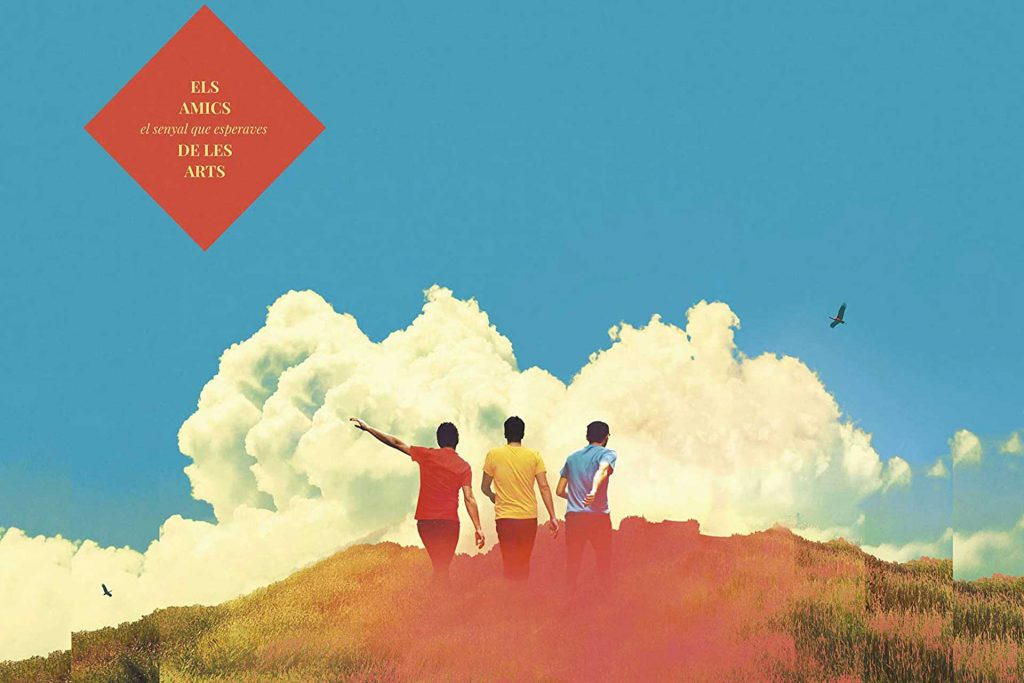 Ona, Barcelona. How a Barcelona bookstore is reviving a lost language through literature

A store that vies to preserve Catalan culture through literature, spearheaded by Taxto Benet: «Catalan needs people to read in Catalan, to write in Catalan, to purchase Catalan books»

Ona was born in Barcelona in 1962. Its intent remains to be a cornerstone of Catalan culture. On the 25th of May 2020, the bookstore group welcomed its second store located in Pau Claris. The destination stays true to Ona’s ethos and celebrates Catalan culture, literature, and the arts.

Concept by a Catalonian businessman

The 1,000 square meter bookstore is spread over two floors. Its concept was spearheaded by the Catalonian businessman and journalist Taxto Benet, alongside Montse Úbeda, daughter of Ona’s founder.

«Ona specializes in Catalan books. The problem with the Catalan language and literature is that it has to compete with a language spoken by millions of people: Spanish. Its literature and poetry are underrepresented, and requires support», says Benet. He conceptualized the design for the space in collaboration with Úbeda and his company, Mediapro Exhibitions, which focuses on the creation of exhibition spaces.

«For economic reasons, the industry focuses on Spanish literature. Everyone who speaks Catalan can speak Spanish. The mindset is: ‘why do we have to edit in Catalan if we have Spanish books that people understand and can sell worldwide to 300-400 million speakers?’. Catalan needs people to read in Catalan, to write in Catalan, to purchase Catalan books. You will see that the number of Spanish books is not in proportion to the number of books in Catalan in Barcelona. We decided that in Ona, Catalan books would not have to compete. Anyone who comes to Ona knows that if they buy a book, they will be purchasing a book in Catalan».

The Ona of the Sixties first opened at a city location not far from where the Pau Claris bookstore stands today. It aimed to create a space for Catalan culture in the community.

«There was a lack of choice in terms of Catalan books and in the stores. They decided to develop two elements: one was a record production studio for Catalan singers to record and sell their work and they decided to build a bookshop where people could find books in Catalan. It existed for close to forty years, in the center of Barcelona. In addition, the development of the city led to the increase in rent, due to which they had to close the store. They opened an Ona in a neighborhood called Gran de Gràcia. It turned into a ‘neighborhood bookshop’. This year, the Pau Claris Ona opened in a location closed to where the first one was located».

Benet takes us through his discovery of Ona

«First, I studied journalism and law, but I did not graduate with those degrees. Second Before I went to University, I was working as a journalist and progressing in my career. It made no sense for me to continue my studies. I began as a client buying books at Ona. When Ona changed its location, I changed locations to continue to shop with them. I developed a friendship with the owner, Montse Úbeda, having met her in 1980 when I moved to Barcelona. It happened that a newspaper I was working at, El Periódico de Catalunya, had its offices close to Ona. The acquisition of Ona was not planned. I proposed to buy the bookshop, she would keep 10%, and I would finance it. That is when I became the owner of Ona in Gran de Gràcia».

Taxto Benet’s partner encouraged him to expand the Ona brand and build another bookstore in the city. «We decided to put art, paintings, photographs, and sculptures around the library space to allow people to have an enhanced experience at the Pau Claris location».

Curation of the books, which include fiction, non-fiction, children’s, poetry and art and online recommendations, is overseen by Úbeda. «People come from across Barcelona and Catalonia to visit the library. We are waiting for the tourist industry [which has been impacted due to the COVID-19 pandemic] to return to the city. Additionally, the section is devoted to Catalan writers who have been translated into languages such as Italian, German, French, and English. We hope that those who come to visit Ona will buy a book from a Catalan writer in their language».

Elevating the Ona experience for the modern-day customer, «every day sees an event. There could be a book release, a podcast presentation, or a play. There are music performances, concerts and poetry readings.». Ona at Pau Claris, offers its visitors areas to reflect or connect, learn or teach. The interior design and architecture were created by Benet’s company, Mediapro Exhibitions who focused on sourcing materials that did not harm the environment.

The renovation took twenty-four months to complete and the graphic identity was designed by We Are Mucho. «The bookstore takes over the central area of the property, where you can find books and CDs of Catalan music. There is an area devoted to artistic books. Additionally one type of arts llibres, or artbook presents the artist’s catalogue, such as Picasso or Dali. These are expensive books; you do not see these in a bookshop; they are sold by collectors and sellers in private. Here you can look at them and touch them. The second form of work comprises artists who use books or paper as the object of their art».

The Catalan artists whose work can be found at Ona, Pau Caris include Jaume Plensa, Mercè Soler and Georgina Aspa. Temporary and permanent displays of arts llibres reside in Ona. Upon entering the bookstore, an installation consisting of books in a whirlpool movement engages the eye.

«This was designed by an artist called Alicia Martín, a sculptor from Madrid. It was commissioned for the bookstore. We have a second art installation by Art & Language, an English art couple, located in the events space». Of the library, Benet says, «We have books for adolescence and books for children in an area called PetitOna. There is a section for children to play, with visual mapping surrounding them. We conduct events for children; tell stories and play games. The library ends at what we call the ‘Bookaria’.»

«We have been granted permission to put in a bar and cafe. This will require construction. We are hoping this will be open to the public in the Spring of 2021. This section holds second-hand books. Here is where we have events, presentations, and concerts. People walk around, to review the art, to sit down in the Bookaria or to work on their phones or laptops».

Development at the Pau Claris location will be visible with the introduction of literature courses from Laboratori de Lletres in 2021. Programs are by the Department of Education of the Generalitat de Catalunya. Laboratori de Lletres opened in Barcelona in 2011 and Ona will play host to its courses in the coming year. Workshops, like bookbinding classes, have begun in its events space and subjects of study will vary. COVID-19 impacted personally on Benet in 2020. Upon recovery, he documented his experience in his book, The Most Difficult Crossing.

«My story is tied with the stories of the doctors and nurses and people working in the hospital. It includes reflections on life, death and religion. It is an exploration of my journey and of the people who are working in the healthcare system in Spain.». His book, written in Catalan. In Ona’s first year of business amidst the pandemic, «the store was completed. We opened after the first lockdown». Ona’s online bookstore offers customers a portal to Catalan literature. «In Barcelona, we can deliver in three hours and in twenty-four hours in Catalonia».

Taxto Benet is from Lleida, Spain. He studied Law at the University of Barcelona and Information Sciences at the Universitat Autònoma de Barcelona. As a journalist, Benet has written for publications including El Diario de Lérida, Catalunya Express, El País, and El Periódico de Catalunya.

He was a founding member of TV3 Televisió de Catalunya. Head of the sports department and broadcast international sporting events in Catalan, he worked with telecommunications and sports enterprises.