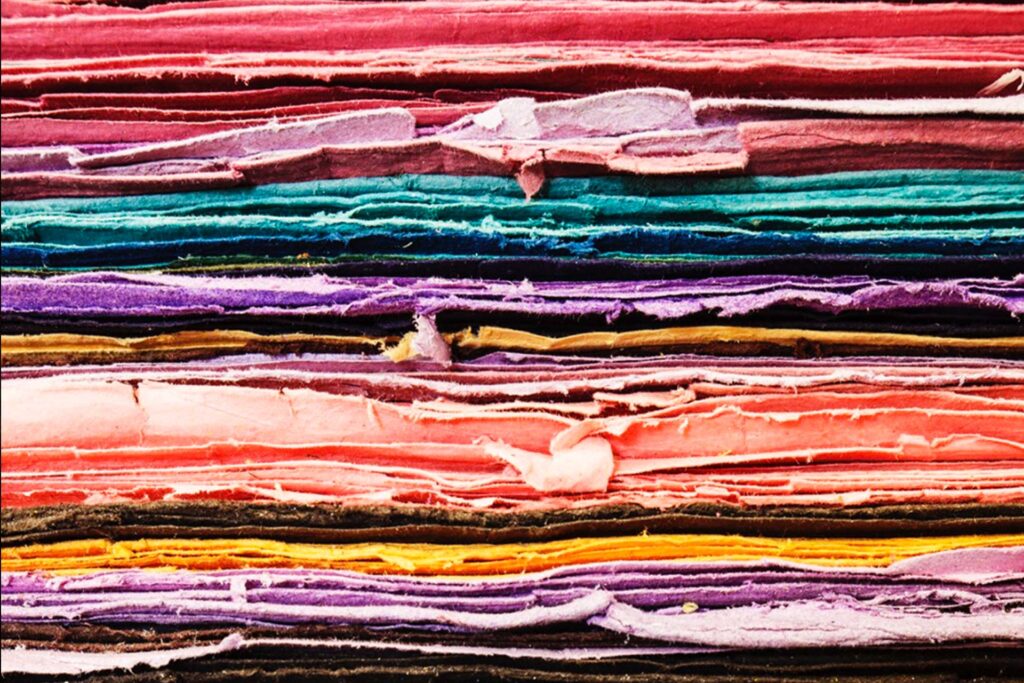 Elephant dung is the raw material for this low-impact paper production unit based in remote villages of the island nation, Sri Lanka

Size matters: Elephants spend the majority of their day eating. They consume more than 200 kilograms of cellulose-rich food daily, in the form of fruit, twigs and leaves. All this food has to come out sometime, usually sixteen times a day, weighing a total of approximately 100 kilograms.

Undeniably, elephant dung makes for an abundant source of fibrous cellulose material which can be processed to double up as paper pulp. Eco Maximus, a foundation based in Sri Lanka has been exploiting this resource since 1997 to create low-impact stink-free, tree-free and chemical-free paper from elephant manure.

Addressing the elephant in the room: paper isn’t 100% planet-friendly

Paper is the lesser of two evils when compared to plastic, still its production process leaves a large dent on the planet. A fact that often dodges scrutiny due to paper’s biodegradability. Most paper is produced using wood pulp from trees as the core ingredient.

Despite afforestation and tree-cover preservation being our strongest weapons against climate change, between three to seven billion trees are cut each year globally, according to Rainforest Action Network. The paper and pulp industry consumes between thirty to forty per cent of this wood, cites WWF.

Moreover, for paper production, the cellulose fibers are chemically and mechanically extracted from the trees and these chemicals later find their way into waste water. A worker at Eco Maximus shares «Since paper is biodegradable, we consider it to be eco-friendly compared to plastics. But it comes at an environmental cost».

The science behind the making

Eco Maximus has probably saved billions of trees from being axed, simply by exploiting the excretory system of elephants. The logic is infallible. Elephants have a highly fibrous diet consisting of bamboo, sugar cane, grass, bananas and other fruits, leaves, twigs and various plant parts.

They possess inefficient digestive systems that can only semi-digest the fibers they consume, leaving them usable for future processing. Manual segregation of these fibers, followed by boiling at high temperatures, creates the equivalent of wood pulp, without the need to industrially destroy natural forests. They also ensure the handmade paper is chlorine and acid-free, making it ecologically safe. The foundation purchases manure from elephant sanctuaries across Sri Lanka, contributing to their continued activities in wildlife welfare.

«We should recycle as much as possible. If a business can be built from that, then that’s good too» says founder of Eco Maximus, Thusita Ranasinghe. He is an environmental activist whose social entrepreneurial mind set has benefited local wildlife and human communities, across Sri Lanka. In twenty five years, from a seven-member team to a 200 employee large home-grown business, Ranasinghe has changed livelihoods.

Playing mediator between man and beast was part of the strategy. Modest production units are established in what were once considered conflict-areas: for elephant poaching and loss of human lives due to wild elephants. Eco Maximus’ intent was to develop in a direction that could marry the interests of job creation, wildlife protection, elephant conservation and rural empowerment. Within a year, hundreds of people in rural locations could afford electricity in their homes, televisions and refrigerators, with a visible improvement on quality of life, according to Ranasinghe. «We are going to intentionally stay remote and make such production plants, instead of scaling. Our dream is to expand to human-to-human conflict areas too and hopefully bring peace between men as we were able to between man and beast».

The elephant dung paper and its value-added stationery products are sold locally and distributed across thirty countries. A percentage of the sales proceeds are directed towards Millennium Elephant Foundation, which maintains a home for elderly and disabled elephants and is affiliated with the World Society for Protection of Animals (WSPA). Ranasinghe shares «We realized our business can contribute in a positive way in bringing environmental benefit and a safe habitat for elephants». Being the country with the highest density of Wild Asian elephants, the business is highly lucrative to both humans and wildlife.

Poop to pulp: process and consideration

Texture and color of dung paper is entirely dependent on the elephant in question. Factors such as diet, age and dental state, act as curveballs to uniformity in production. But this added dimension creates authenticity, lending the elephants a contributory role to the creation process, aside from providing raw material.

The final paper’s natural color changes if coconut was the dominant food instead of banana, or bamboo instead of grass. Coarse papers are a result of half-digested fibers whereas smoother textures come from fully-digested fibers. This is based on the ability of the elephant to chew food as the elders tend to have worn-out teeth in comparison to calves and teenagers.

Tracing the path from fresh poop to pulp ranges across three steps: drying, boiling and blending. When fresh, elephant manure is semi-solid, smelly and a shade of green. Drying under Sri Lanka’s tropical sun, the stink evaporates; it firms up and turns brown. Then, foreign particles like dirt, mud and dried leaves are cleaned out leaving behind pure manure.

The second stage involves sanitizing the dung by boiling for an hour at upto 100 degrees Celsius. The fibers soften into a porridge consistency and all bacteria is destroyed. At Eco Maximus, no chemicals like bleach or chlorine are used for disinfection, instead naturally sourced margosa leaves act as a cleansing agent.

This allows the waste water to be re-used multiple times. After sterilizing the raw material, it is mixed in the same vat with offcut; sourced from remains of previously cut and leveled elephant dung paper at the production unit and sometimes leftover wood pulp paper from warehouses in larger Sri Lankan cities. Natural coloring can be added to the mixture at this stage, before it is ready for the screening process.

Ranasinghe’s initial problem statement was the environmental waste generated by his family’s business of paper printing. «We originally set up to recycle paper waste, then we moved onto introducing natural fibers like banana bark, sugarcane, straw etc. Elephant dung paper became our signature range subsequently. Our printing background helped us to add value to the paper we produce. We were able to create a synthesis between the old knowledge and this handmade paper product that was very new».

However innovative the idea, the process of converting pulp to paper is centuries old, dating back to 105 AD, China. Screening involves the use of framed mesh over which the pulp mixture is poured through, into a large collecting basin below. The screen catches the fibers leaving the liquid to sieve through.

The pulpy fibers are manually spread across the surface of the mesh and small particles are removed by hand. The screen is then removed and placed under an asbestos roof to dry naturally, as direct sunlight could bleach out colors. It can take hours to a few days depending on the weather and thickness of the sheet, from 90 GSM to 400 GSM (grams per square meter).

When semi-dry, individual sheets are wrapped in cotton fabric and then stacked to be compressed by a machine intended to squeeze out the excess water. The last stage is ironing out the creases and rough edges before cutting the paper, which is used to hand-make stationery like books, journals, cards and souvenirs for the tourism industry.

As business processes go, key functions such as research & development, machinery fabrication, artwork and design, international marketing are conceptualized and developed by locals running the foundation.

Eco Maximus is a Sri Lankan company manufacturing handmade paper and value-added products out of elephant dung and other plant-based waste matter. They claim to have introduced the world to the art of papermaking out of elephant dung in 1997. The foundation partners with elephant sanctuaries and local communities to create a socially and environmentally beneficial business model.