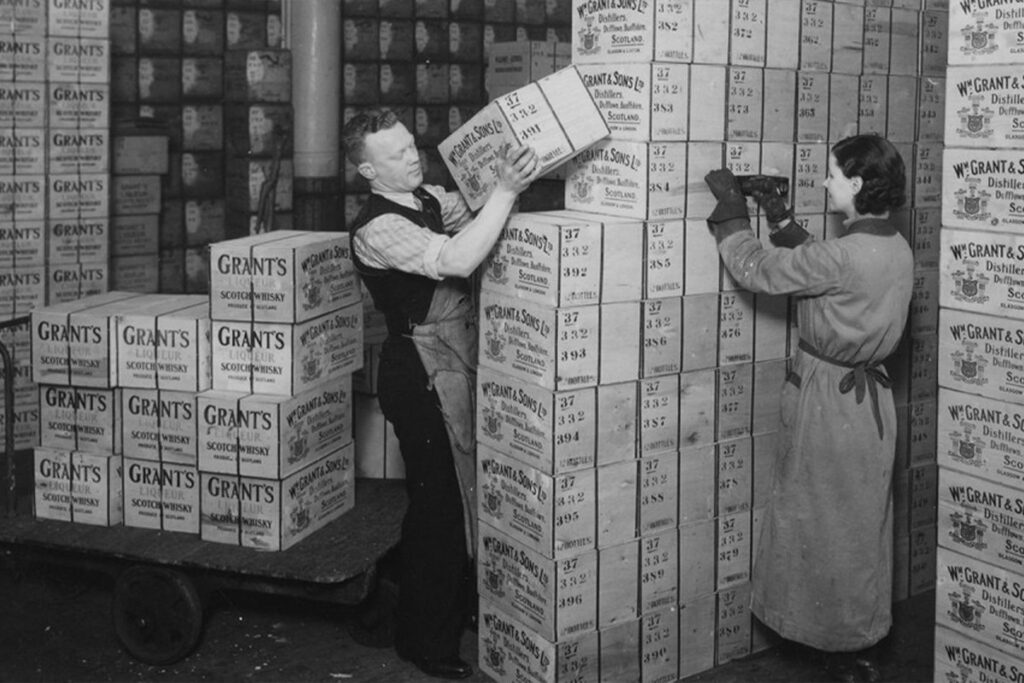 About how to make the alcohol industry more sustainable? Discarded Spirits Co. case

Here is to the most rubbish drink you’ll every taste, Discarded. Made from waste and forgotten ingredients which they rely on as hidden treasures

Where does the food industry lie on the sustainability spectrum?

Every bar and restaurant wastes about £20 thousand worth of food a year. This includes usable and edible nutriments. Up to ten percent of global greenhouse emissions originate from food production which ends up not eaten.

This is according to the United Nations. There is a lot of communication between upcycling and recycling textiles in the fashion industry. What about in the food industry? Can food waste be made into a new product for consumers?

Reducing waste in the food and drink industry – just how much is avoidable?

Discarded Spirits Co. aims to be the pioneer of zero-waste spirits. They want to add value to the food industry’s waste by repurposing it and making liquor. «Our sources of fresh water are depleting», Discarded’s UK brand ambassador, Calum Fraser, points out.

There is a necessity to change where we source said items to be sustainable and make sure it can continue. «The wider goal is to reduce needless waste in the food and drink industry». In fact, Fraser goes on to say that there is plenty of waste that needs addressing.

This includes waste that people don’t consider can be reused. Their website states that about seventy percent of food and drink waste is actually avoidable. Their exploration into this type of waste is not only to counteract sustainability issues. It is also to venture into a new dimension of flavors and tasting notes in the spirits industry.

There are three variants in Discarded Spirits Co., each with two elements of waste. The Cascara Vermouth is created by infusing the discarded fruit of the coffee berry. Coffee producers extract the bean for the production of coffee. However, they discard the fruit which is what is left of it.

This is called cascara. This is sourced from farmers and single estates in Guatemala. The fruit is left to dry during the harvest to ensure maximum flavor saturation. The vermouth base is made from fortified wine, the second element of waste in the production.

Fortified wine is used to infuse casks with flavor to prepare for whiskey maturation. Once this is done, the wine is usually either sold or thrown away. Once they receive the fortified wine, the dried cascara is steeped in it for about two weeks. The process involves blending the fortified wine with caracara extract.

The company also produces Banana Peel Rum, cask-aged and infused with banana peel extract. Like with the fortified wine, rum can also be used to give flavor to wooden casks before maturing whiskey. Again, once that is done, it is usually either sold or disposed of.

Discarded sees this as ‘undiscovered treasure’ and uses it as the base of their spirit. They source the banana peels from a flavor house in the Netherlands. The flavor house only uses the banana and discards the peel. Once the peel is collected, they leave it to dry and ferment to ensure maximum flavor concentration.

It is then steeped in alcohol for about two weeks to create a saturated extract. The extract is blended with the Caribbean rum and other botanicals and then bottled. The company describes the aroma with words such as banana bread, treacle, dried fruit, cinnamon and butterscotch. The taste is that of banoffee pie, sticky toffee pudding, milk chocolate raisins and with a crystallized ginger finish.

Their final spirit product is the Chardonnay Vodka. The alcohol is grape-based, sourcing the ingredients from post-production winemaking. This includes the remaining fruit once the grapes are crushed and pressed. More specially, they use something called pomace.

It also consists of the stems and seeds cultivated from the harvest. The company distills the pomace to make the base of the vodka. The second ingredient, which would otherwise be thrown away, is part of dealcoholization process.

There are two products which originate from this process: the alcohol-free wine and the wine alcohol. Usually, the wine alcohol gets discarded as it isn’t considered as the end product which they are looking for. Discarded considers the wine alcohol to have a refined flavor profile.

The pomace vodka base is blended with the wine alcohol to make the final product. The aroma has notes consisting of clean, green apple, almond croissant and lychee. They describe the taste as luscious mouthfeel, Williams pear, guava, starfruit with a pink peppercorn finish.

The challenges in commercializing sustainable spirits

The main challenges for the long-term production of sustainable spirits is globalization. As the aim is to make production sustainable, transportation issues can overlap with that. Fraser explains sourcing the ingredients locally is an aspect which they want to keep working towards.

«We are sustainable by nature because we are using the resources at our doorstep that would otherwise be going to waste. As soon as we are turning it into something and shipping it worldwide, it’s difficult for us to claim that we are a super sustainable liquid. Immediately, by transporting it globally, we become less sustainable. We are trying to future-proof ourselves in that regard».

Chardonnay is one of the most widely cultivated grapes in the world. It is therefore easier for Discarded to produce the Chardonnay Vodka globally with very little transport. Other ingredients, such as the banana peel and cascara, can only be found in specific climates.

The issues with caracara as an ingredient

Putting a spirit on the market which is made from waste may have raised some eyebrows in the legislative part regarding standards. However, Fraser ensures that the ingredients they are using don’t relate to rotting waste.

Rather, resources which are perfectly fine but society has not found any use in. Cascara was the only ingredient which raised a flag in terms of legalizations and putting it out into the market.

«Cascara in Europe was not classified as food-safe at the time Discarded launched, in 2018. We have to treat the fruit in a specific way before it becomes our Cascara Vermouth to circumnavigate that».

In terms of types of waste, Fraser points out that it is not just about the many different resources, but the different ways in which one resource can be used. «There are almost endless lines of cascara and wine waste in terms of volume», he explains. About 1.4 million bananas are thrown away in the UK.

Fruits and vegetables undergo strict standardization before being sold at supermarkets. Only the most normal shaped fruit and vegetable go on display whilst the others are either left to rot or sold for cheaper somewhere else. Additionally, Fraser explains that in some places, as soon as the fruit hits the floor, it will get discarded and can’t be sold. This all circles back to having perfectly edible food which is thrown away because, on paper, it is no longer good enough to be sold. This is why the company is also actively encouraging consumers as well as bartenders and restaurant chefs to re-use resources, such as banana peels. They also communicate with homeowners to see what other key ingredients found in the kitchen can be championed.

Turning this into a commercial sector within the spirit industry could help to alleviate the stress of food waste in other industries. However, other elements need to be kept in mind. Although it may reduce the volume of edible elements in ingredients going to waste, sustainable commercialization must also be taken into consideration.

As Fraser talked about, transportation is a major obstacle when it comes to selling sustainable products. Whilst the innovation to create spirits from waste is not new and viable, possible innovation should get implemented in the commercial aspect. When it comes to sustainability in the various industries, Fraser admits that «the spirit industry is lagging behind just a fraction».

The lack of sustainable awareness in the food and drink industry

As with many other products designed from waste, customer perception may be influenced. However, Discarded has not experienced that. «We are more than a sustainable spirit. We are spirit that is actively removing waste from supply chains», Fraser says. He goes on to explain that they don’t shy away from advertising their spirit as made from waste. «We wear it on our sleeve».

This, however, makes the question of quality of the liquid even more important. They don’t want people to use the ‘waste factor’ as an excuse to dismiss the spirit as poor quality. They must therefore keep it at a high quality to go beyond people’s expectations.

He continues to say that the distillation process is a bit mystic. «Brands don’t really talk about it because mainly, they haven’t been able to. Many brands are working on sustainability top down. We are doing it at a brand level».

One of the brands owned by William Grant & Sons under the innovation label. It was founded in 2018.