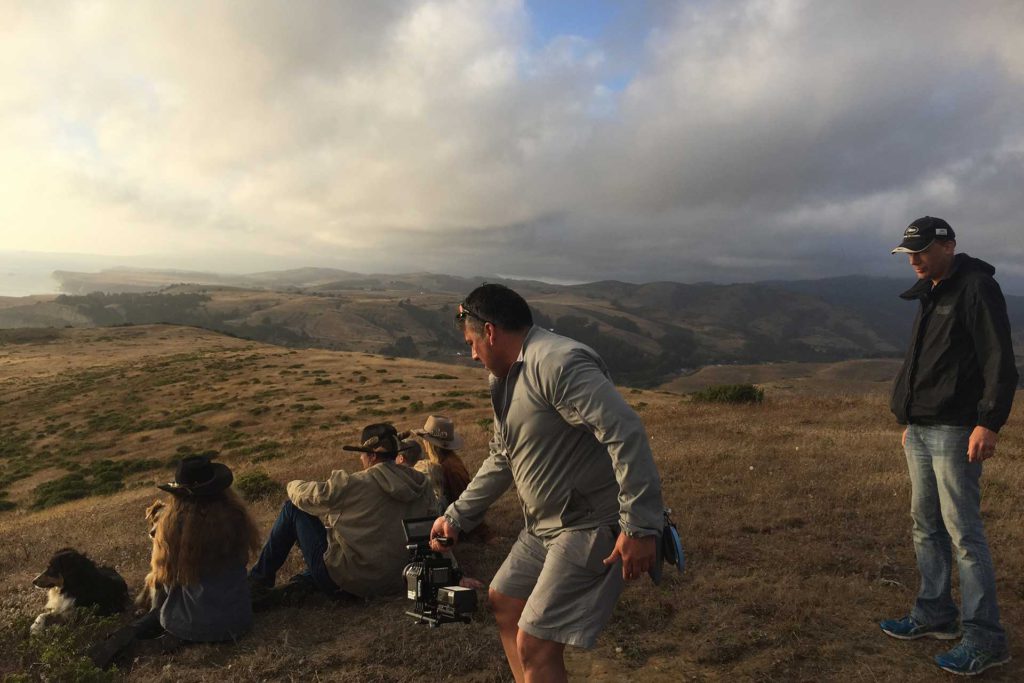 Kiss the ground – the documentary

A third of the earth’s topsoil is gone. The upper level of the soil, containing the highest concentrations of organic matter, minerals and microorganisms. The rapid degradation of global soils led the United Nations in 2014 to warn that the world’s remaining topsoil would be gone in sixty years.

That’s sixty harvests before the earth can no longer feed the planet or support life. The apocalyptic nature of this threat is underlined by studies demonstrating plummeting insect numbers and mass extinctions across the globe.

Kiss the Ground documentary, directed by Rebecca Tickell and Josh Tickell; narrated by Woody Harelson, is set out to raise awareness of how the soil can be harnessed – and healed. For instance, the documentary illustrates how the world’s soils reached the current state of degradation – and the role played by agriculture.

The inception of Kiss the Ground organization

Centuries of damaging, industrialized farming practices have left the earth scorched, nature depleted, and farmers struggling to make ends meet or plants grow. Practices heralded for increased yield and optimization have left much of the earth’s soil lifeless, dry and unproductive.

These are constant tillage and the mass use of pesticides and fertilizers – The founders and makers of Kiss the Ground, the non-profit organization and documentary, uncovered a solution – now they are trying to spread the word.

The spur to action for Ryland Engelhart, activist and educator, co-founder of the Kiss the Ground organization, came after he attended a lecture by Graeme Sait, a leading educator in sustainable agriculture, alongside a panel of scientists debating whether humans can sustain themselves on earth.

«Sait said no, but if we start paying attention to the soil, there’s this opportunity in rebuilding soil faster than we ever thought possible, sequestering carbon and building back all these functionalities of soil. I realized if I didn’t know – someone who thought they were educated on science, climate change, desertification – probably most people didn’t». That moment – and realization – led to the founding of the Kiss the Ground organization.

A growing number of farmers are abandoning modern farming methods and embracing this new way of working with the land. It is a reverse revolution in some ways: bringing farming back to what it once was, when yield was not king, and small farms dabbled in many things rather than specializing in one.

«We’re already too far degraded» says Finian Makepeace, co-founder of Kiss the Ground. «But regeneration is possible. And it’s possible faster than we ever thought». Furthermore where sustainability is about preserving what we have, regeneration is about rebuilding. Actively adding vitality to the land. Rebuilding soil, landscapes, ecosystems; regenerating community connections to farming and food.

There are a number of elements to a regenerative farming system. It involves no ploughing or tilling, but keeping the ground covered with crops all year round and growing a wide variety of plants rather than a monoculture. It also means using no chemicals, and in some cases, harnessing grazing livestock to increase soil fertility. Advocates claim this method of farming leads to huge increases in soil health, biodiversity and wildlife, as well as fewer floods and more resilient crops during droughts.

The soil helps support plants and provide food. It is also the most powerful form of carbon capture on the planet: better than any crop or forest. 80% of the earth’s carbon is in the soil. Healthy soil can absorb huge amounts of greenhouse gas emissions.

Unhealthy soil – or soil, tilled or managed inefficiently – releases it into the atmosphere. We have misconceptions about carbon, Makepeace notes: «There is not more carbon now than there was a long time ago. It’s the same amount. The difference is we’ve put much more of it into the atmosphere». Tackling the climate crisis is «twofold» Makepeace says. We must both halt the trajectory of how much carbon we’re using, and build back the earth’s carbon stores.

«How do we build up the storage sheds of carbon? Even though we’ve depleted our soils in the United States, 50-70% of our carbon stocks are still in our soils. We still have more carbon in our soil than all the biomass and atmosphere combined. If we expanded the thickness of this soil carpet that envelops most of our nation, we could solve all of our emissions issues. And we know how to do that. By covering it with multi-species cover crops or getting into planned grazing operations that build soil carbon back».

The health of the soil is also connected to the weather and wider climate. «If we don’t have carbon rich soil, which creates the soil sponge, we’re dealing with a locked off surface when it rains. Water hits dead soil, it runs off and it carries with it even more soil and more carbon. If we create a soil sponge, covered in plants, when rain hits the plants, it slows down and trickles into that sponge».

Makepeace stresses the significance of the soil: «It doesn’t matter if we halt all emissions tomorrow, we’re still vulnerable to any major changes in the climate, because we’ve degraded the very thing that makes life on earth possible: the soil». It is soil degradation that has led to the widespread desertification of landscapes currently taking place across the world.

Desertification results from damaged soils: the intensive use of agricultural lands, poor irrigation practices, deforestation, overgrazing. Therefore, these unsustainable practices place enormous pressure on the land, over time causing it to transform into desert. Two thirds of the earth is currently turning into desert. In some estimates, by 2050, 1 billion people will be refugees of climate desertification. In this, grazing animals can play a little-known role.

The Kiss the Ground documentary counters many misconceptions about climate change, carbon and agriculture. For instance, one of these is the need for livestock in healthy land systems. It is not a simple synergy that grazing livestock causes greater carbon emissions. On the contrary, livestock have a vital role to play in a balanced soil ecosystem.

«They can be the worst thing or the best thing», says Makepeace. «It’s about how they’re moving throughout the land. You can have animals grazing in a fence, overgrazing, and causing very quick desertification and degradation of that land. And across the street, you can have cows being managed, moved to a paddock for half a day».

«The next paddock for half a day, and then not coming back to that paddock for months. When cows come into a paddock for half a day, trample a third of the grass. Eat a third of the grass, leave a third standing, and dung and pee on that grass. They’re doing the perfect fertilization thing. Then they come back a year later. And they’ve created a regenerative system: with more biomass, more microbes in the soil, more abundance».

Farmers are stewards of the land – and they are crucial to any hopes of healing the soil and combating climate change. Therefore, in many countries, agriculture is the primary source of emissions. Globally, agriculture contributes 30% of greenhouse gas emissions.

Farmers experience the impacts of climate change first. Droughts, floods and other abrupt weather events ravage fields; disruption like Covid-19 hits farmers where they’re weakest. Within the crisis, there is the possibility to pivot farming from an environmental problem, to a crucial solution.

The documentary depicts a number of farmers in the US who are embracing regenerative systems – and seeing results. «Farmers are essential in this. They’re the ones who are working with the land. With our farmer training, we help farmers and ranchers access the best education in regenerative agriculture or land management» says Makepeace.

«It’s growing exponentially. We were surprised at the way the farming community welcomed the film Kiss the Ground. It was much more favorable than we anticipated». Alongside the documentary, the Kiss the Ground non-profit runs a wrap-around of programs and projects designed to move the conversation forward and motivate more people around the world to take action.

«We’re moving away from just the awareness phase – which has to continue. We’re not even at critical mass yet. But now we’re saying, how do we create more valid action for people to take? So you watch the movie. Now let’s train you to be a soil advocate – so you can bring this to your local, state, federal government, all over the world. We’ve trained 3,000 advocates in over 30 different countries. We’re giving people the empowerment tools so they can do what I do».

While the documentary – like the reality of the climate crisis – is daunting, it also offers hope, and crucially, tangible solutions. It is possible to reverse global warming. While humans have created the crisis, humans are the only species capable of reversing it.

That solution lies in the ground beneath our feet. «Humans are good at destroying things. But we’re also the only species right now who can help set up for the rest of nature to do this regeneration. A lot of organisms, aside from say beavers, can’t go in and be like, how are we going to manage this ecosystem so it jumps back to life in two years versus 100 – 150 years? We have that unique ability».

It is a documentary aimed to demonstrate how regenerative agriculture methods can heal the soil, revive ecosystems, increase farmer wellbeing and help balance the climate. Awakening people to the possibilities of regeneration.

The Kiss the Ground Impact Fund supports farmers, ranchers and land stewards from around the globe in their transition to regenerative practices. The Stewardship Program trains Soil Advocates to lead this movement in their communities.